The creative minds behind the monitors and loudspeakers powering Abbey Road Studios in England, Bowers & Wilkins, have been industry leaders in the world of high-end audio for more than 40 years. In 2019, it took its prowess to the world of wireless audio with the PX5 and PX7 bluetooth headphones. Today, we’re looking at the on-ear designed PX5s. Complete with custom 35mm drivers, 25 hours of battery life, wired and wireless connectivity, and active noise cancellation, are these the bluetooth headphones to buy? 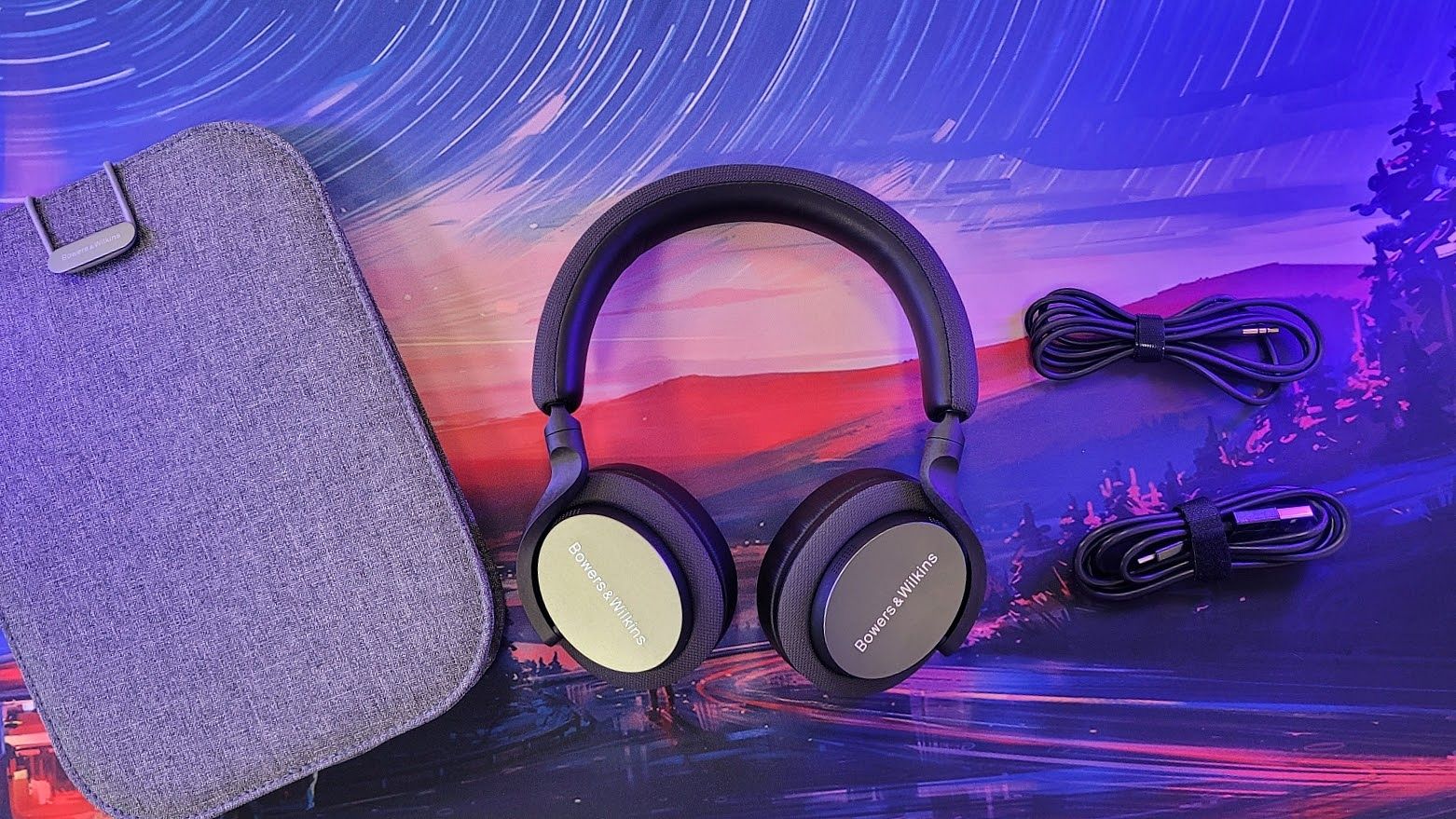 The PX5s are the first Bowers & Wilkins headphones I’ve tried and they make a solid first impression. They feature a luxurious design that mixes fabric, carbon fiber, and metallic finishes to create a headphone that looks and feels very premium. At 241 grams, it’s lightweight but feels robust thanks to the carbon fiber adjustment band and gimbals. It’s a feature that surely adds to their overall cost but has practical benefits in weight and durability. 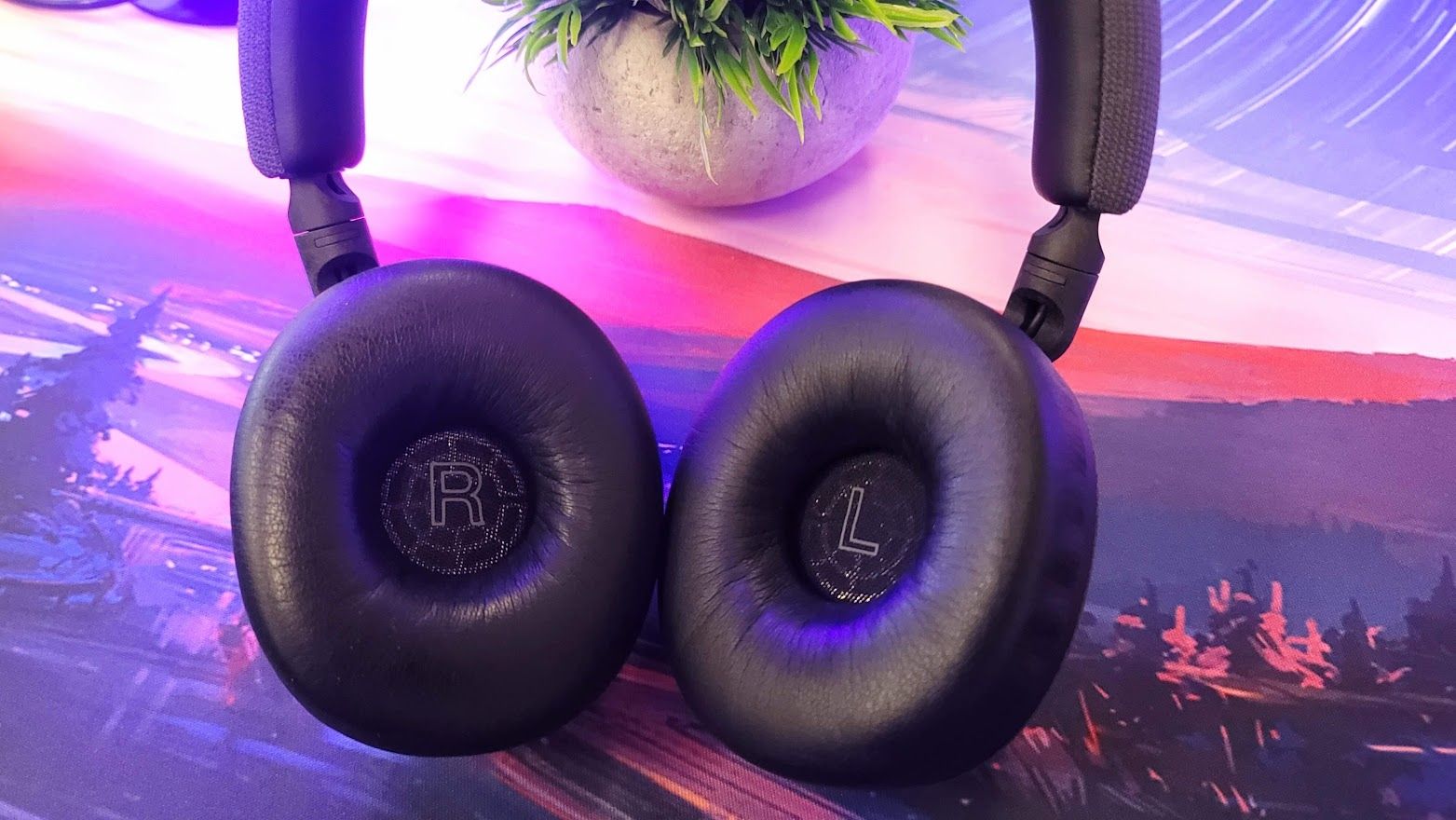 At first blush, you might mistake these for over-ear headphones. Turn the ear cups outward and you’ll quickly see that they’re designed to sit on the ear. The cushions are trimmed in leatherette and have a wide, plush surface area to cushion your outer ear. As a glasses-wearer, I tend to prefer over-ear headphones but once positioned, the PX5s were more comfortable than expected. Like all over-ears, over time, the pads did make my ears a little sore where they pressed against the arms of my glasses, but I found these better than most due to the depth and softness of the ear cushions.

Nestled in the center of each cushion, you can get a veiled look at the driver behind the listening experience. The PX5s are driven by a custom-designed 35.6mm dynamic driver designed by the same team behind the 800 Series Diamond speakers at Abbey Road Studios in England. Having never heard those speakers, I can’t make any connection to them, but it’s clear that B&W knows their stuff. The headphones have a sound that fits well with mainstream tastes. They’re lush and warm, making vocals sound sweet, bass punchy, and relaxed, pleasant mids even with active noise cancellation turned on. 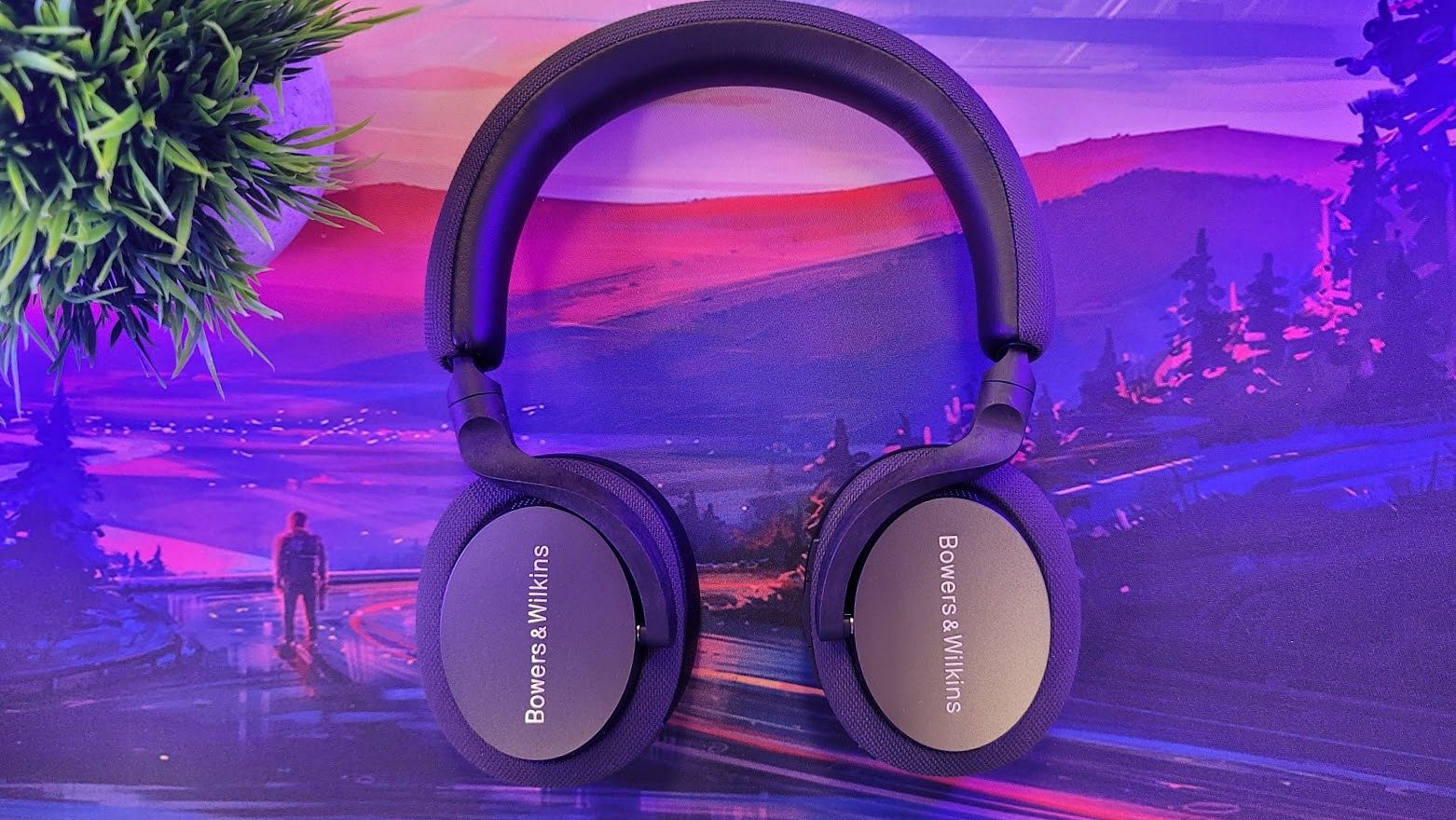 The ANC here is good, especially if you plan on listening through your commute. It hones in on lower frequency sounds like engines and road noise and does a good job of cutting it out. Middle and high-frequency noise isn’t as well filtered by the ANC but is still attenuated thanks to the excellent ear cushions. Taken as a whole, these aren’t going to dethrone the Sony WH-1000XM4s but they perform much better than I would have expected from a pair of on-ear earphones.

Along with ANC are some other advanced wireless features, like Ambient Mode. By holding the ANC button on the left ear cup, the volume of what you’re listening to is cut and the ANC microphones are turned on to pipe in the outside world. This is useful for quick conversations, and unlike other implementations I’ve tried, Ambient Mode stays on until you tap the button again which is much more useful for things like checking out at the grocery store. The earbuds also support wear detection and will automatically pause and resume music and video when you’re listening.

These settings can all also be tailored inside of the Bowers & Wilkins Connect app but it’s oddly missing the most important feature: an EQ for customizing the sound of the headphones. I liked the sound of the PX5s out of the box but one size doesn’t fit all in the world of headphones, so this seems like a missed opportunity. Thankfully, most phones have their own EQ options that can be used instead. 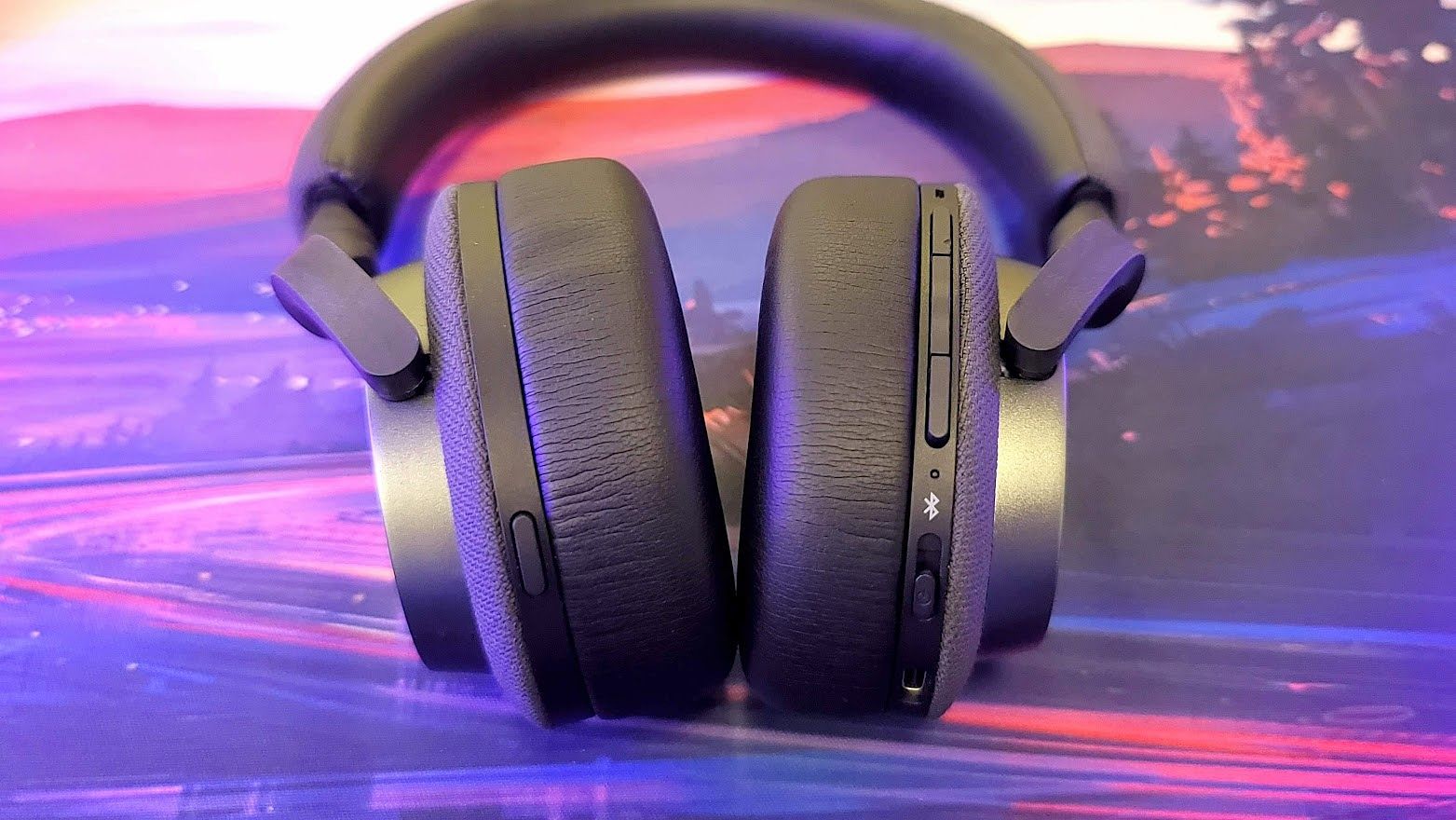 Another high point here is the battery life. With ANC enabled, Bowers & Wilkins quote these at 25 hours which was just about right in my testing. Oftentimes, these figures can be inflated because of the volume the manufacturer tests at. If they’re rated for “X” hours at 50% volume but you need to turn them up to enjoy your music, that “X” is going to come short of your actual experience. The PX5s, however, get loud enough that 50% volume is usually enough, especially with ANC filtering out other noises. They also support fast charging where only 15 minutes charge returns 5 hours of listening. In fact, the morning of writing this I received the low battery warning, plugged them in while I went about my morning work routine, and returned twenty minutes later with nearly half the battery recharged.

If you’re working at the computer, you’ll also be able to use them wired over USB while charging. The built-in DAC supports full 24-bit/96kHz audio for high-res listening whether that’s music, movies, or games. That aim is also true over Bluetooth thanks to the PX5s plentiful codec support. In addition to standard AAC and SBC Bluetooth, the headphones also support aptX Adaptive, aptX HD, and standard aptX playback which increases the bandwidth for higher quality listening. If you’d rather use your own DAC, the headphones also support wired listening through their included 3.5mm jack.

The PX5s surprised me with how comfortable they were. Remember, I usually avoid on-ear headphones but these are some of the best I’ve tried in comfort. B&W has done a great job of balancing grip force with pad softness to keep them from outright irritating my ears when pressing on the arms of my glasses. It does still happen after an hour or so, forcing me to readjust, but generally, they’re definitely better than the bulk of on-ears I’ve tried. 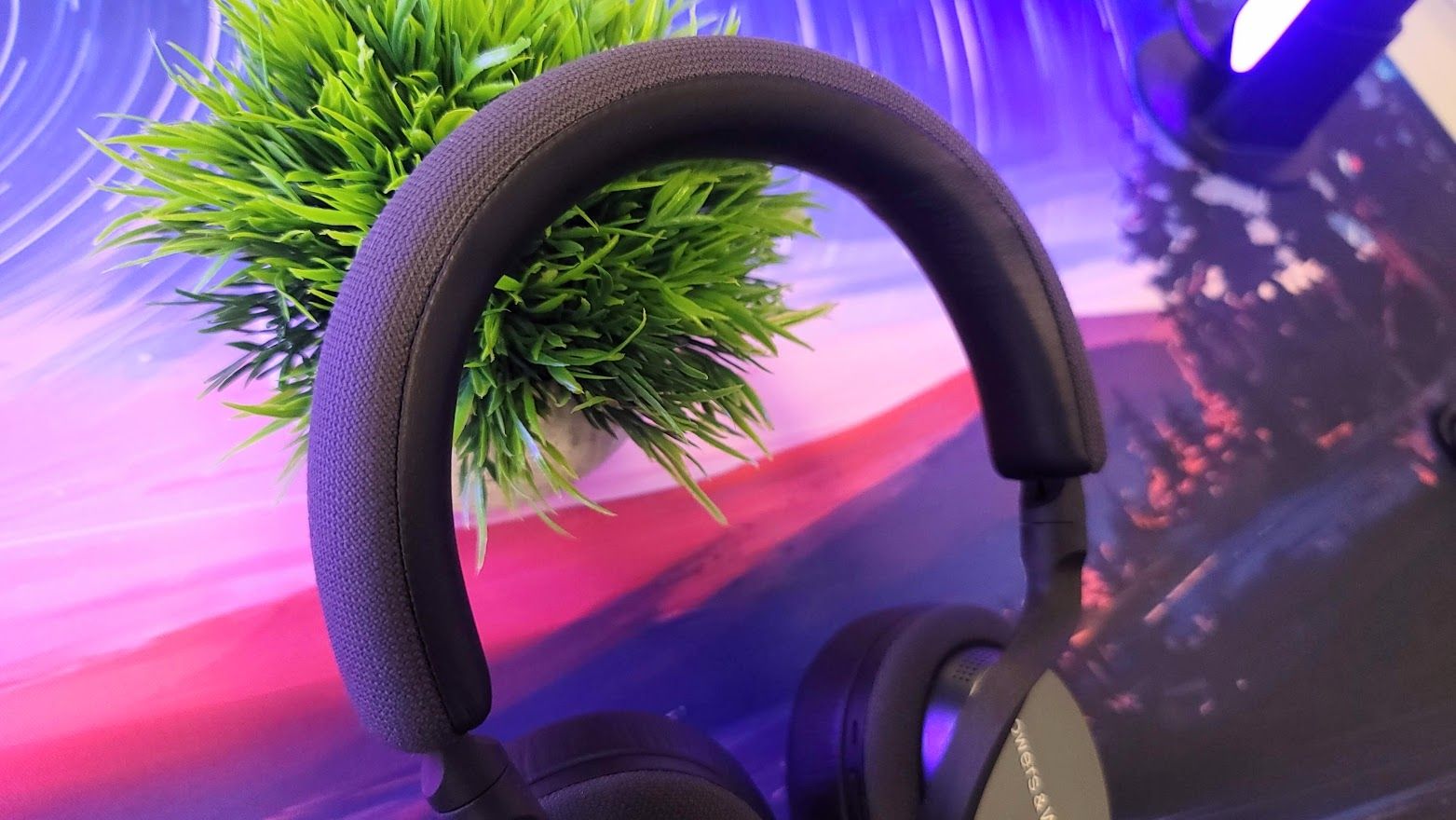 That said, some users may find them to be too small. I have a medium-sized head and had to fully extend the adjustment band to position them comfortably and securely. With their on-ear design, I felt like I had to position them lower than they really wanted to go. If you have a larger head, you may find these are too small for you.

The headband isn’t exceptionally padded but gets the job done. I did experience some minor hot-spotting on the top of my head if worn too far forward, so there was a bit of a learning curve to putting these on comfortably on the first go.

Listening and Use Impressions

Like I mentioned in the overview section, the PX5s are tuned in a way that I think most people will like. They offer a very full sound with that’s clearly tuned for mass appeal. There’s plentiful bass, an emphasis on vocal clarity and presence, and mids and highs that are never sharp or tiring. I tested them with a mix of different types of music and content and found there was really nothing they could play with aplomb.

Starting with bass, the low end here is forward and has weight. Listening to hip-hop and pop, they can offer a definite thump and full-bodied sound without stepping on the mids even slightly. A great showcase for bass performance is “Love the Way You Live” by Eminem and Rihanna. The kick drum has slam and a wide, expressive sound but the clean acoustic guitar on top stayed completely untouched and pristine.

At the same time, the opposite end of the register is present and accounted for but is soft on the ear. Luca Stricagnoli’s acoustic rendition of “Stairway to Heaven” is a treat for the years but lacking any sharpness that can be fatiguing over time. PVRIS’s “Hallucinations” high hats are just forward enough to keep the beat without sounding pointed.

My only concern is that they may be too warm for users who prefer a little more detail and treble accentuation. Songs like “Lose Yourself” by Eminem leaned a bit too heavily on the low-end and left me wishing for that in-app EQ. It was the rare song, though, and points toward individual mastering of those tracks. Still, this could impact you depending on the content you’re listening to. 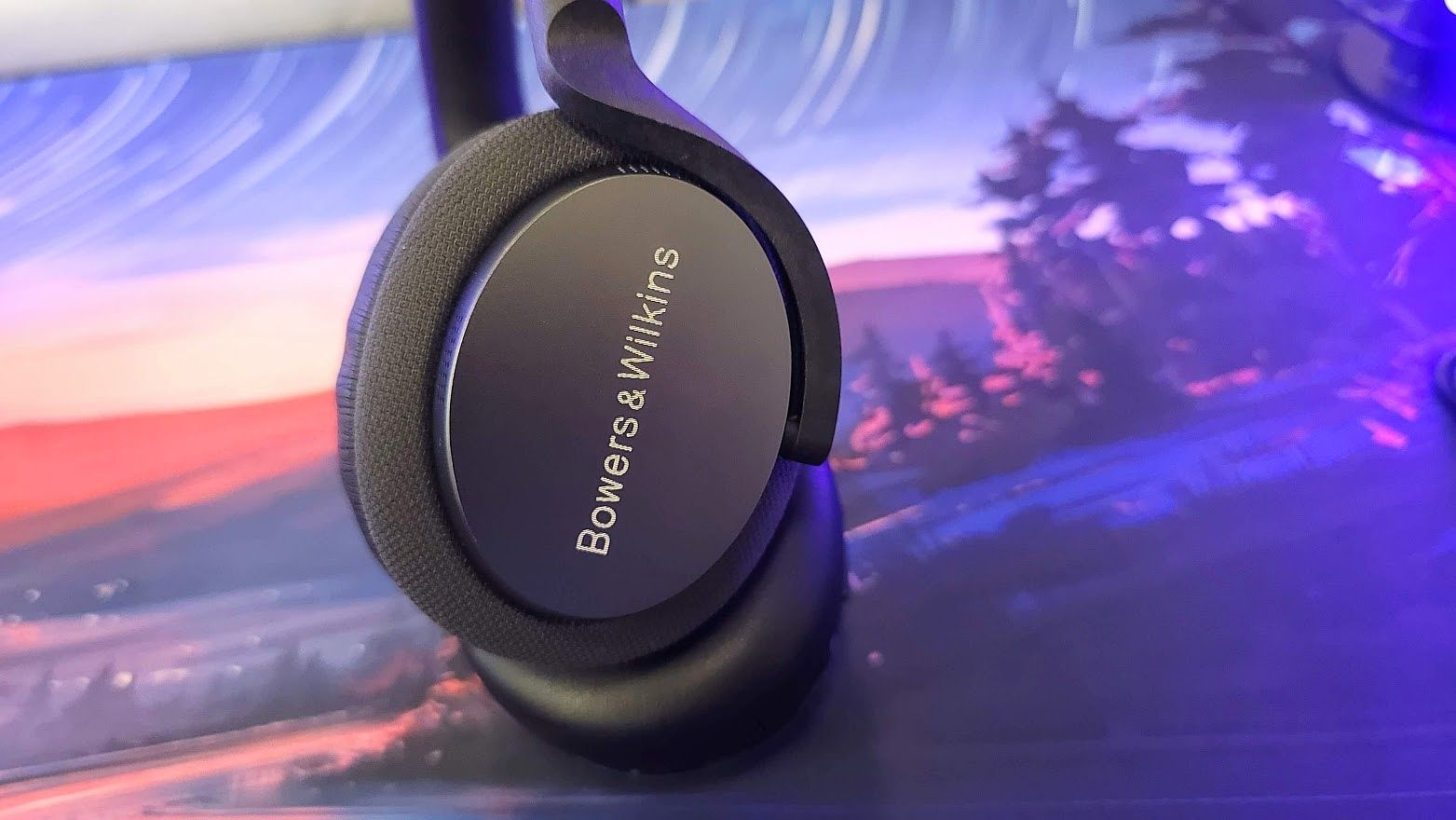 The PX5s are a story of balance and that applies outside of music too. They’re also great for movie watching and single-player gaming. The body and bass they offer are excellent for cinematic experiences and I didn’t perceive any distracting A/V latency when watching movies on Netflix of binging YouTube videos.

At the same time, if you’re looking at these as an all-in-one headphone to include competitive gaming, I would highly recommend investing in Dolby Atmos. They’re one of the most responsive to the Atmos algorithm I’ve heard. Imaging and space both noticeably expand immediately after turning it on. On their own, the soundstage is typically close as a closed-back headphone but with it you can achieve a nice sense of space suitable to competitive shooters and atmospheric MMORPGs. 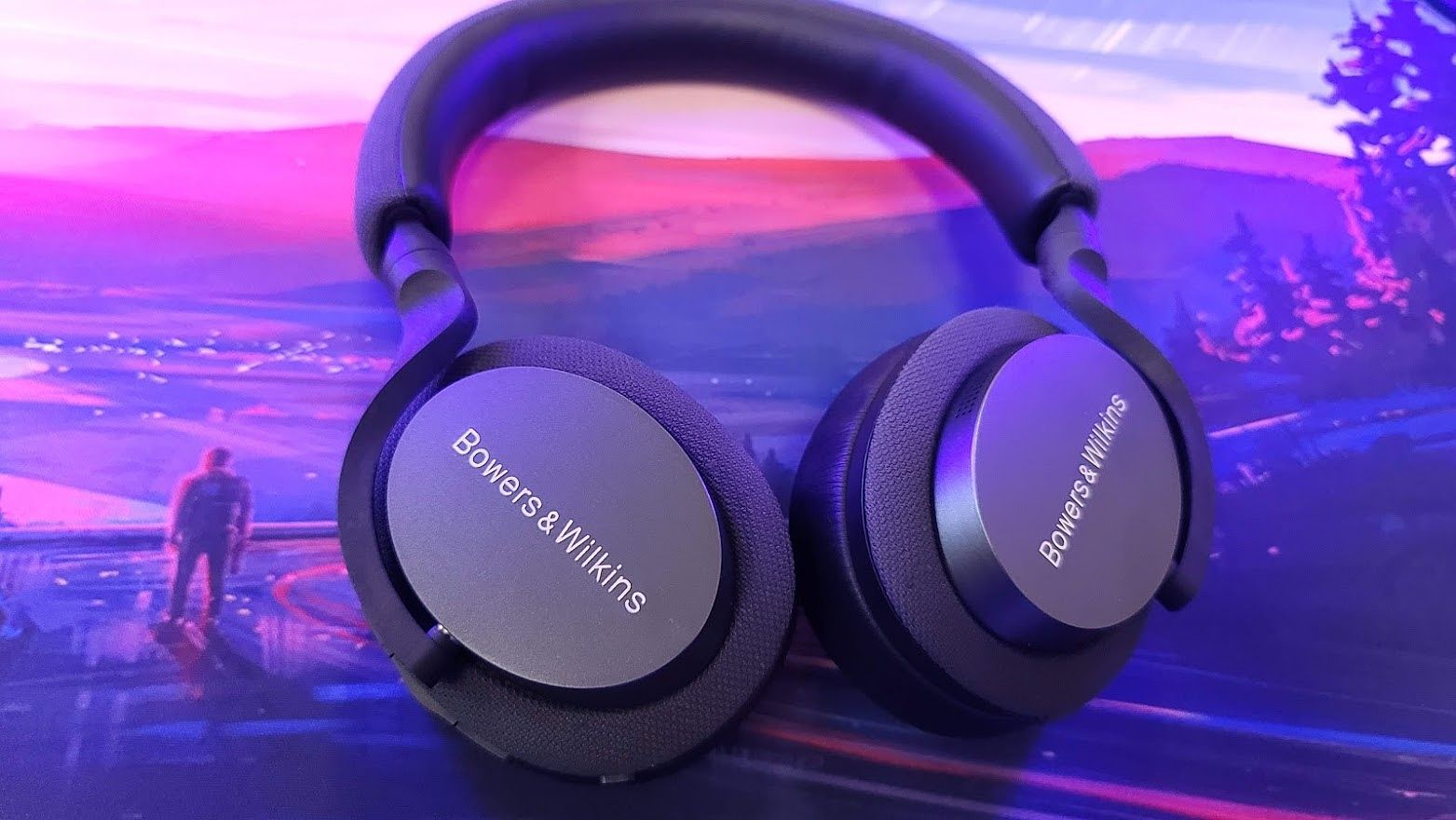 At just under $300, the B&W PX5s won’t be for everyone. They’re premium headphones from an esteemed luxury brand and you pay for that. At the same time, these definitely show their value in build quality and their well-tuned, well-balanced sound. If you prefer a brighter sound signature or are a glasses-wearer that’s sensitive to pressure around your ears, they may be worth giving a pass, but there’s a lot to like here if you’re a fan of the on-ear design.