Few companies have the gravitas that Audeze has. The California-based brand has been a leader in planar magnetic headphones for years, and when it moves, the audio industry shakes. Its headphones span the gamut from gaming headsets to flagship sets that cost just shy of $5,000. In this edition of Golden Ears, we’re looking at a headset that’s considered by many to be one of the best on-ramps to the world of high-end headphones, the LCD-2 Classic. Coming in at $799, let’s see exactly what this headphone has to offer for the aspiring audiophile.

At $799, it’s only fitting that expectations are high and the LCD-2 doesn’t disappoint with first impressions. It arrives in a monster box. As is tradition for Audeze, the headphones ship in a locking pelican case. Inside, the headphones are held safely in thick foam, custom cut for the set. Another cut-out holds the cable, the keys to the case, and a credit card-like certificate of authenticity.

Taking the headphones out, they’re classically Audeze. The cans are perfect circles and have thick, leather-trimmed, memory foam pads. The outside of the cups use flat metal grilles, with the iconic “A” shape in their center. They’re open-back but you can see another tightly-knit metal grille woven beneath to protect the driver. The headband uses a leather suspension strap below a metal headband. The yokes are metal and the adjustment mechanism is metal. The rings around each ear cup are made of crystal-infused nylon for added durability. Angled out from the bottom are in-built mini-XLR connectors to connect to the cable.

The entire build blends together minimalism and industrial aesthetics. Even the font used to stamp “AUDEZE LCD-2C” and “PLANAR MAGNETIC TECHNOLOGY”  is reminiscent of something you might see stamped on a machine printed in the 1950s. It’s understated and very, very cool. Even when you’re wearing them, though the headphones are large and heavy (544g/1.2lbs), they don’t look silly like many others in this space do. I hesitate to call headphones with pads as lush as these sleek, but they actually turn out to be. 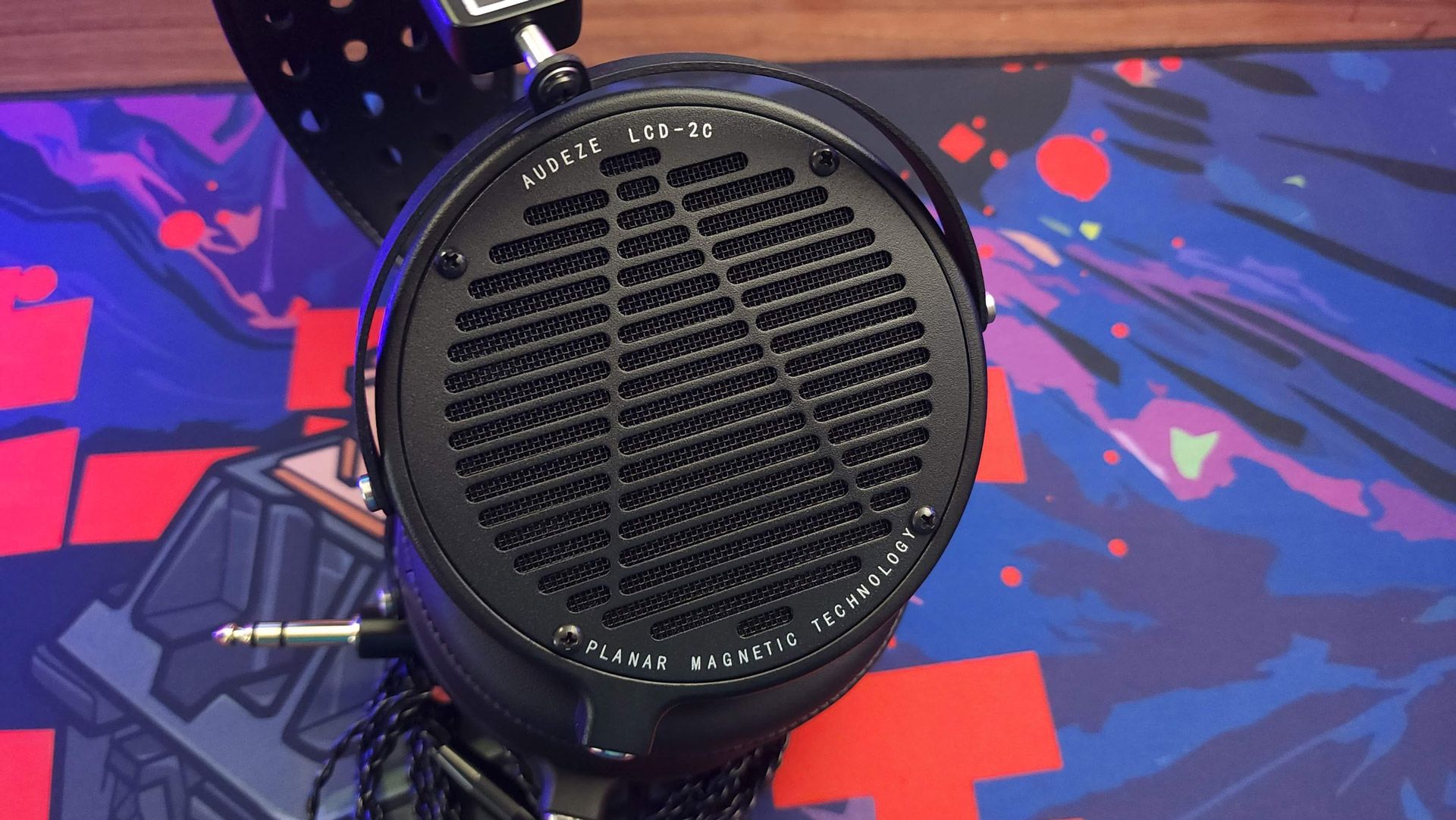 The headphones also feel robust and sturdy. There’s no flex or rattle to be found here. I would never recommend dropping a $799 headphone, but this pair definitely seems up to the rigors of daily use. You’re meant to wear these and fall in love with them enough to dive further into Audeze’s line-up (an “on-ramp” has to send you somewhere, after all), and the design doesn’t lend itself to being a display piece — it lends itself to being listened to often without worrying about failure.

As you might have guessed from the name, the LCD-2 Classics are a variation on the modern LCD-2 and are meant to harken back to the original Audeze sound, while also saving you a few dollars compared to the normal LCD-2s ($995). The standard LCD-2 features the classic (and stunning) wooden rings found on Audeze’s more expensive headphones, as well as its popular Fazor wave-guide system. The LCD-2 leaves both of these on the cutting room floor, returning the sound, if not the look, to a place that’s much closer to the original pre-Fazor Audeze signature.

Comparing the two side-by-side, it’s easy to see that the Classic is the trimmed-back version. In fact, when it was originally released, it didn’t even include a travel case — that $120 accessory now being included adds to the overall value here. While the differences are certainly visible at a glance (the LCD-2’s wooden rings drip quality), the more important difference is under the surface. Audeze’s Fazor system essentially guides the sound waves after they leave the magnet array, smoothing out the sound signature and reducing distortion. Removing the system reduces some of the silky quality you can perceive on the company’s post-Fazor headphones. On the other hand, it has benefits to impact and punch in the bass.

The main takeaway? The lack of a Fazor system is a different flavor of the Audeze sound, not a lesser one.

Like the LCD-2 (and most of Audeze’s line-up), the Classics use planar magnetic drivers to create their sonics. Planars are incredibly popular in the audiophile world and Audeze is an absolute leader in their development and implementation in modern headphones. You get all of the benefits of the planar magnetic design here: incredibly low distortion, outstanding timbre, and the kind of crisp, HD sound only planars can provide. A well-done planar magnetic headphone can deliver the best of all worlds: great bass, outstanding detail, a wide soundstage with excellent imaging (making it a great choice for gaming), and a satisfyingly rich sound. The LCD-2 Classic is a wonderful introduction to what the high-end of the headphone world has to offer. 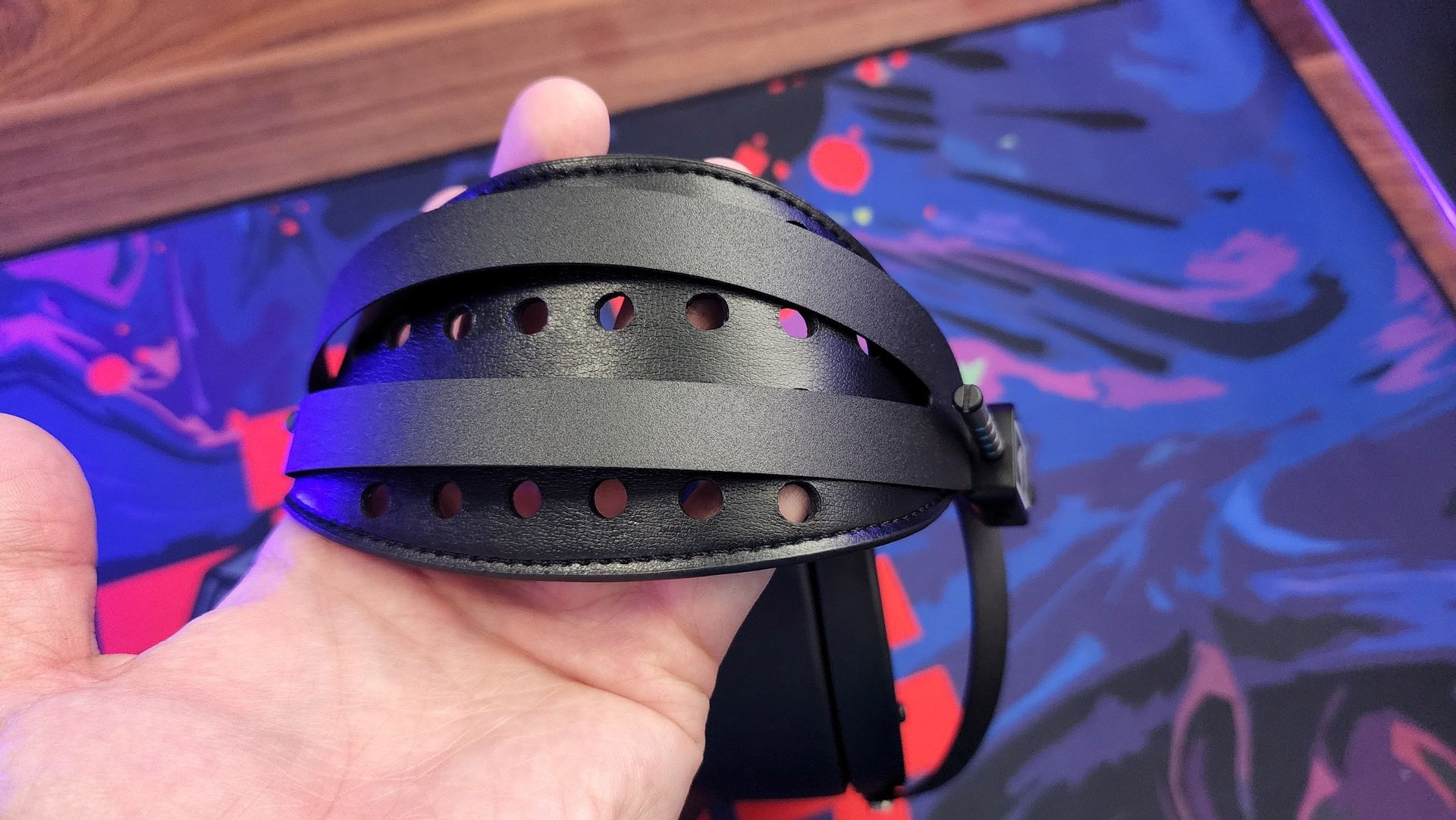 It also comes with some downsides that the LCD-2 is susceptible to. The biggest of these is size and weight. The drivers in the Classics are huge: 106mm — roughly double the size of competing dynamic drivers. That means the headphones themselves have to by physically larger. Because of how the technology works, two lines of magnets flank the driver in each earcup, adding weight you can feel and did wind up fatiguing my head after an hour or so.

Planar magnetics are also just more costly to produce, and especially so when they’re done right. $799 is expensive, but also consider that Audeze makes each of these in-house at their facilities in California. You’re not getting an assembly line headphone produced in the thousands in some nameless factory in China. These are built with premium materials, quality checked, and supported by a team right here in the United States. You’re paying a premium for an Audeze headphone, but that comes with more than a brand name.

Which brings us to the most important part of any headphone review: how do they sound? Audeze is known for its house sound, which is mid-centric. The LCD-2 Classic is tuned for warmth, with a roll-off in the treble and a flat bass response. This is clearly visible in the frequency response graph above, but I actually find the squiggles slightly misleading.

By appearances, you might think the bass on this earphone is rather light, but I don’t find that to be the case at all. The bass on these earphones reaches low and is presented with quality and detail. The Classics aren’t going to blow your ears out with rumble, but you can hear depth in bass guitars, synths, and soundtracks to games and movies. It sounds wide and resonant without being overbearing. Some may want to EQ this up to hear even more of it, but it’s the way the bass transcends into the mids that really makes this headphone feel lush and warm.

The mids push vocals forward and make them sound sweet. I’ve been listening to a lot of Coheed and Cambria’s Vaxis II album recently, and Claudio’s leads are so enjoyable. They don’t get lost in the mix at all. Even listening to older tracks, like Pearl of the Stars, the vocals sound rich and enjoyable. This mid-forwardness also draws out guitars and makes rock music in general pop.

The treble roll-off on the LCD-2 Classics is real and not something I enjoy very much. The roll-off quiets down guitars that play in the background on songs like Love Murder One enough that they become harder to hear. You lose out on a bit of the air and detail from the overtones in music. I found myself having to turn up the volume to hear those background guitar lines.

I suspect the roll-off also impacts the sense of space in music, which is wide but more constrained than the LCD-GX to my ear. Imaging, however, is quite good, so even though you don’t have such an expansive sense of width and depth, you can still pick out where different audio sources are coming from in the mix. 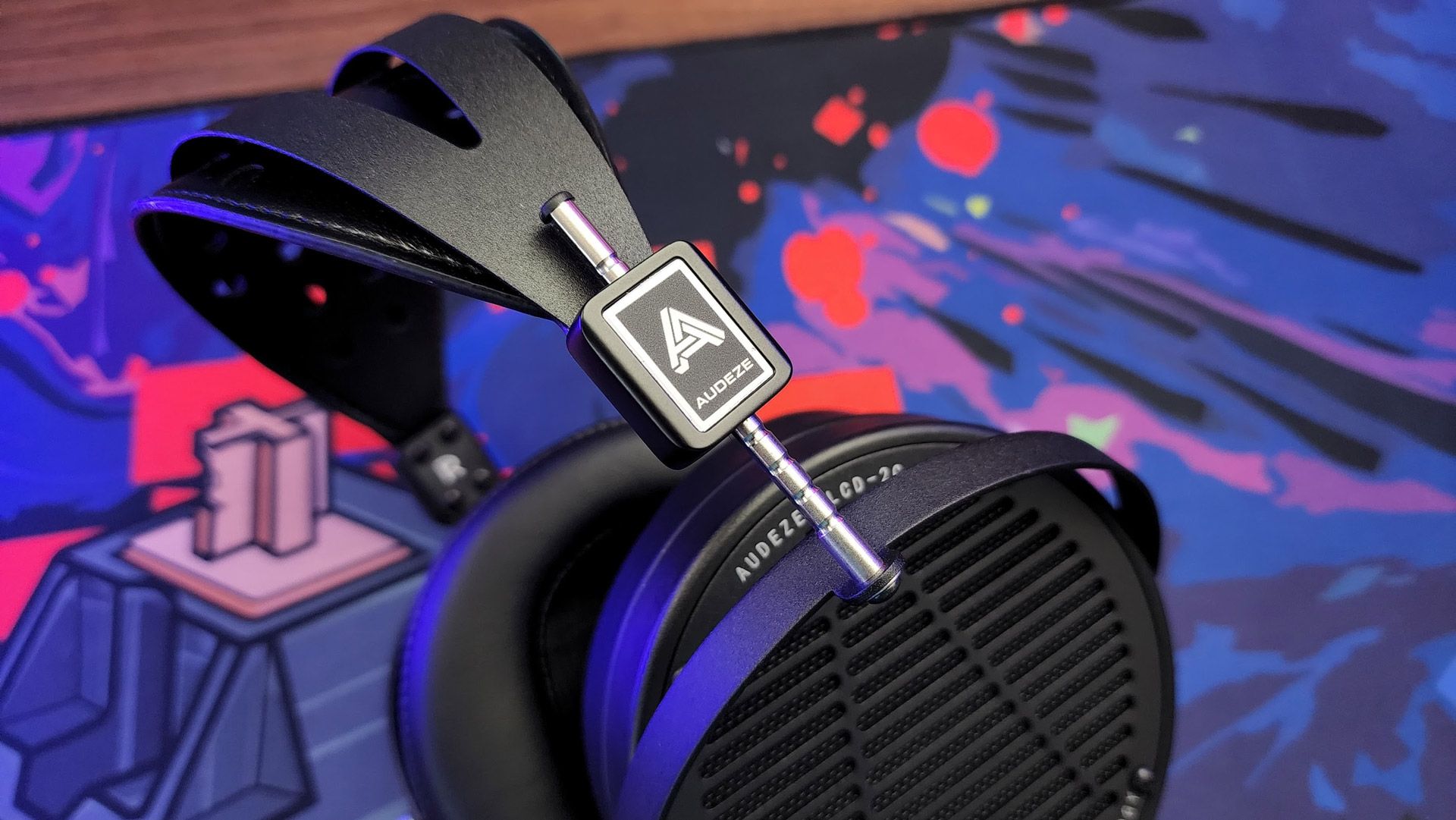 These qualities also make the LCD-2 Classic a great fit for gaming as well. The warm sound signature is going to make games sound full, rich, and lively without causing the fatigue that comes from too much upper-mids and treble. The stage isn’t as spacious as the GX or HIFIMAN Ananda, but it’s still wide enough to provide an immersive gaming experience. You won’t have any trouble picking up on where enemies are either. These headphones are dynamic and detailed enough to let you hear your enemies before you see them, so strap on a ModMic and you’ll be good to go.

With all of this in mind about its stock sound signature, I would be remiss if I didn’t touch on EQ. Like the HarmonicDyne G200, the LCD-2 Classic is incredibly responsive to and transforms with the use of EQ. In fact, many forum posters on r/headphones consider it necessary for the Classic to reach its true potential.

Testing this myself with Oratory1990’s suggested Harman Target tuning, the sound became absolutely outstanding. The bass opened up giving me more of what was so good in stock form. The mids were tamed somewhat, but not overly so, and the treble was boosted to bring out more of the air and detail the original signature lacked. EQ isn’t necessary to enjoy these headphones, but I would highly suggest anyone considering them give it a try for themselves as it's like a veil comes off and it's hard to go back go a sound that originally, already sounded good but lightning bolted up to terrific. 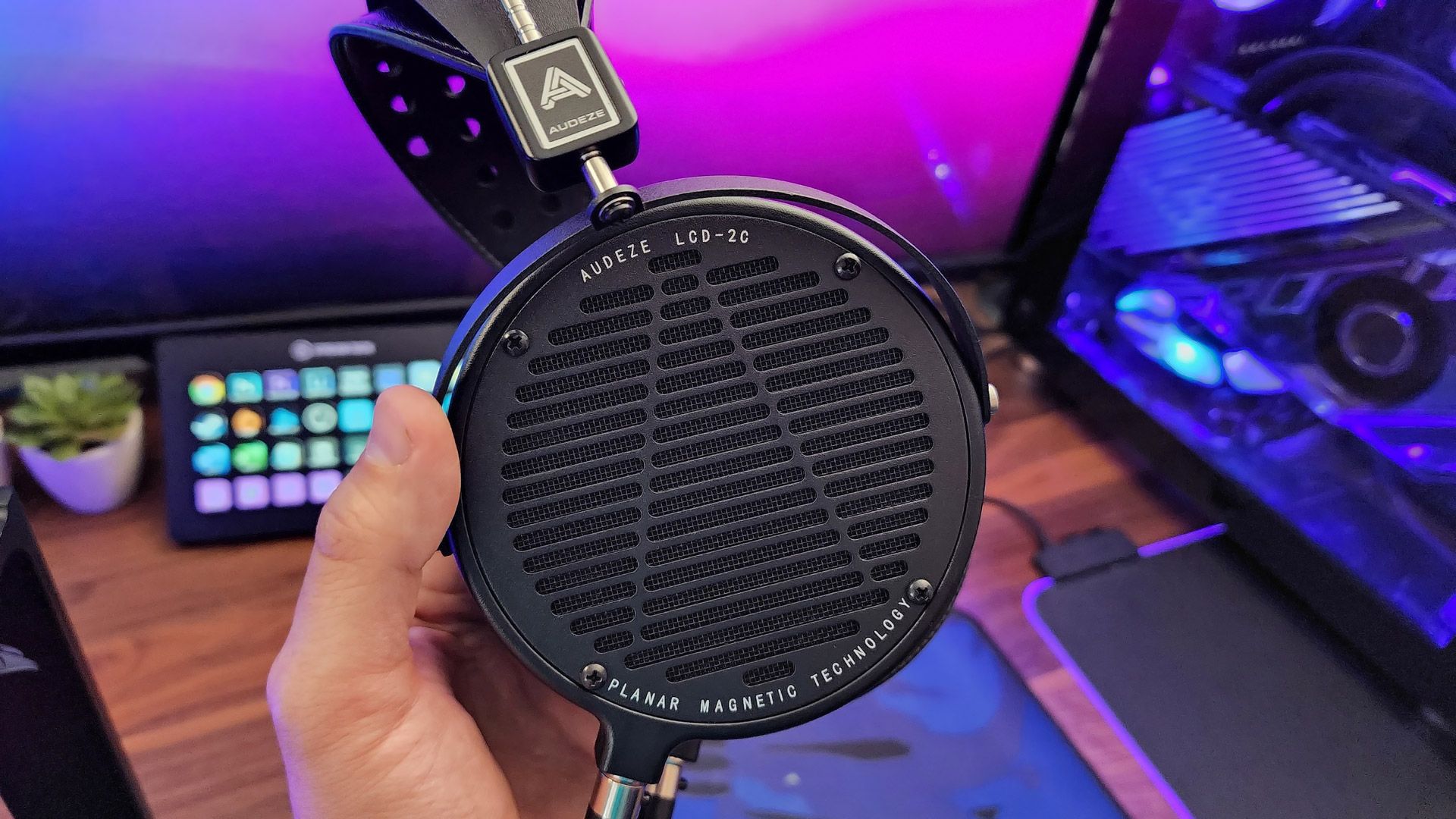 At $799, the Audeze LCD-2 Classics are an expensive but effective way to experience what the world of high-end planar magnetic headphones has to offer. They sound very good on their own and absolutely come to life with a custom EQ. While it’s true that they’re more expensive than some of the competition in this space, the experience is nothing short of impressive and provides an outstanding listening experience, whether you’re spending hours listening to your favorite songs or slipping away into a virtual world.