Nvidia made some pretty bold claims about its RTX 3070 graphics card when it was announced back in September. In fact, CEO Jensen Huang stated RTX 3070 is “faster than the 2080 Ti.” Priced at $499, the Founders Edition RTX 3070 seems like an incredible value when compared to the original $1200 price point of the RTX 2080 Ti – but is it? With ray tracing the clear future, is that price difference worth the tradeoff in less VRAM? Today, we’re looking at the Asus TUF Gaming RTX 3070 and aim to answer those questions.

First, if you missed it earlier, be sure to read our review of the Founders Edition 3070. For this review, we’ll look at the Asus partner model, the TUF Gaming RTX 3070. The issues we’ll tackle with this review will include comparing our numbers against Nvidia’s marketing, and to understand if 8 GB of VRAM is truly enough. Finally, before we begin, be sure to click each image to view it in a larger size at greater resolution.

The review will be structured as follows:

The graphics card I used to test against was my own personal Zotac Gaming RTX 2080 Ti AMP with these specs:

The Asus TUF Gaming RTX 3070 specs include the following:

The backplate is metal as well instead of plastic. Overall, the design is nowhere near as garish as some other partner cards out there, though I’m not a fan of the protruding “TUF Gaming” branding. This breaks up the otherwise minimal design. The RGB is minimal, but feels tacked on. I’m someone who does genuinely care about aesthetics and while the TUF Gaming 3070 isn’t too outlandish, I feel it could go further and be more minimal and cleaner still. 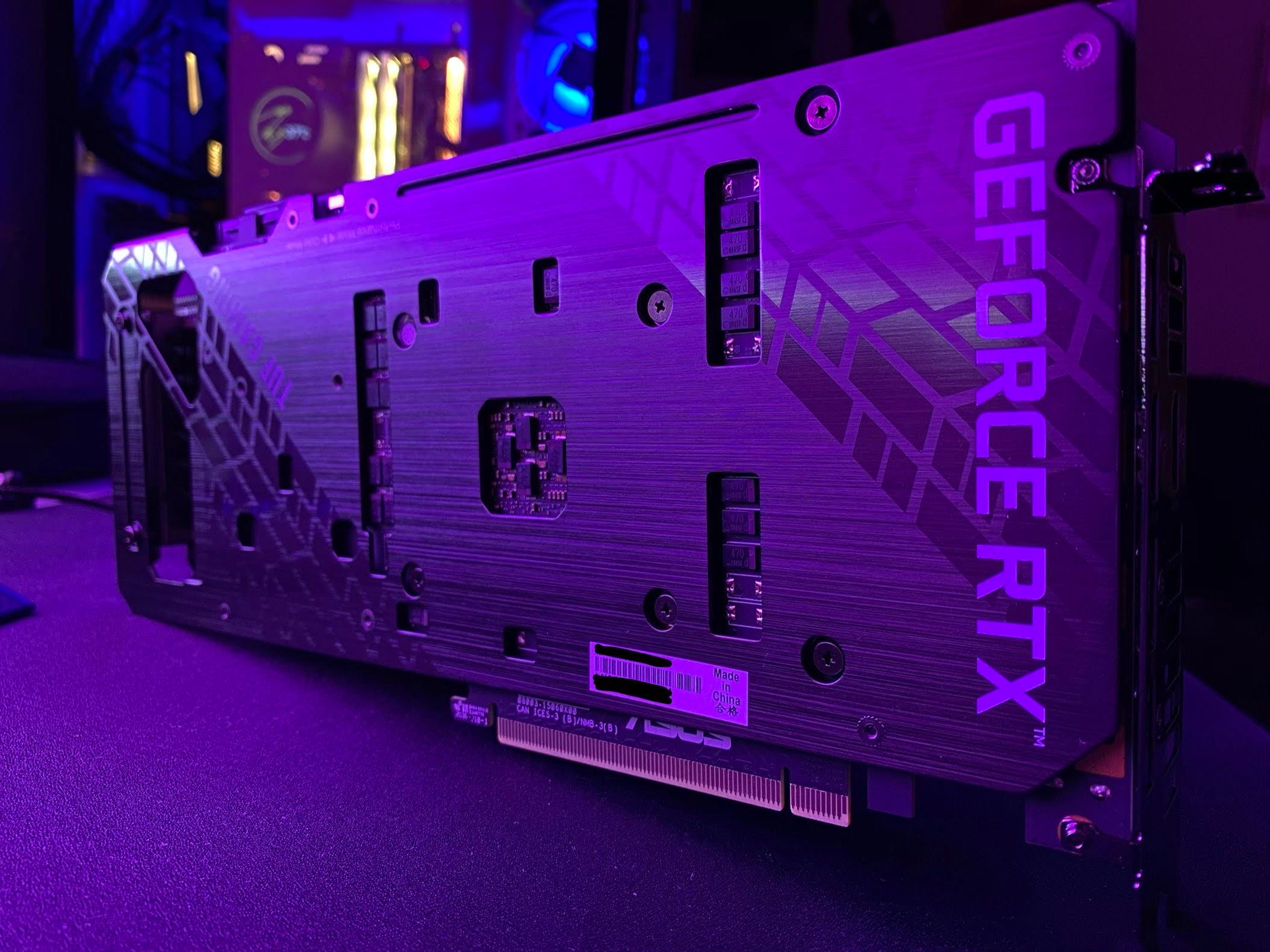 Testing methodology included looking at an average of three runs for both average framerates, and 99% (1% lows) framerates measured using FrameView. This was conducted at both 1440p and 4K. We deliberately did not test the Asus TUF Gaming RTX 3070 at 1080p because these cards are meant to be played at higher resolutions. Therefore, running such a card at 1080p would frankly be of little educational value. Fortunately, we know that other cards such as the potential 3060 on down will be targeting 1080p performance, and therefore it will be worthwhile testing lower resolutions with those cards.

For synthetic testing, we leveraged Port Royal (for ray tracing) and Time Spy Extreme. For gaming, we looked at both rasterized and ray tracing performance. Finally, the 2080 Ti was performed at factory settings. The Asus TUF Gaming 3070 includes a BIOS switch for “Performance” or “Quiet.” For purposes of testing, we kept the BIOS in the Performance mode at otherwise factory settings.

Synthetic testing immediately bears out some limitations of the Asus TUF Gaming 3070 primarily with memory. First, let’s look at the results and then circle back to discuss: 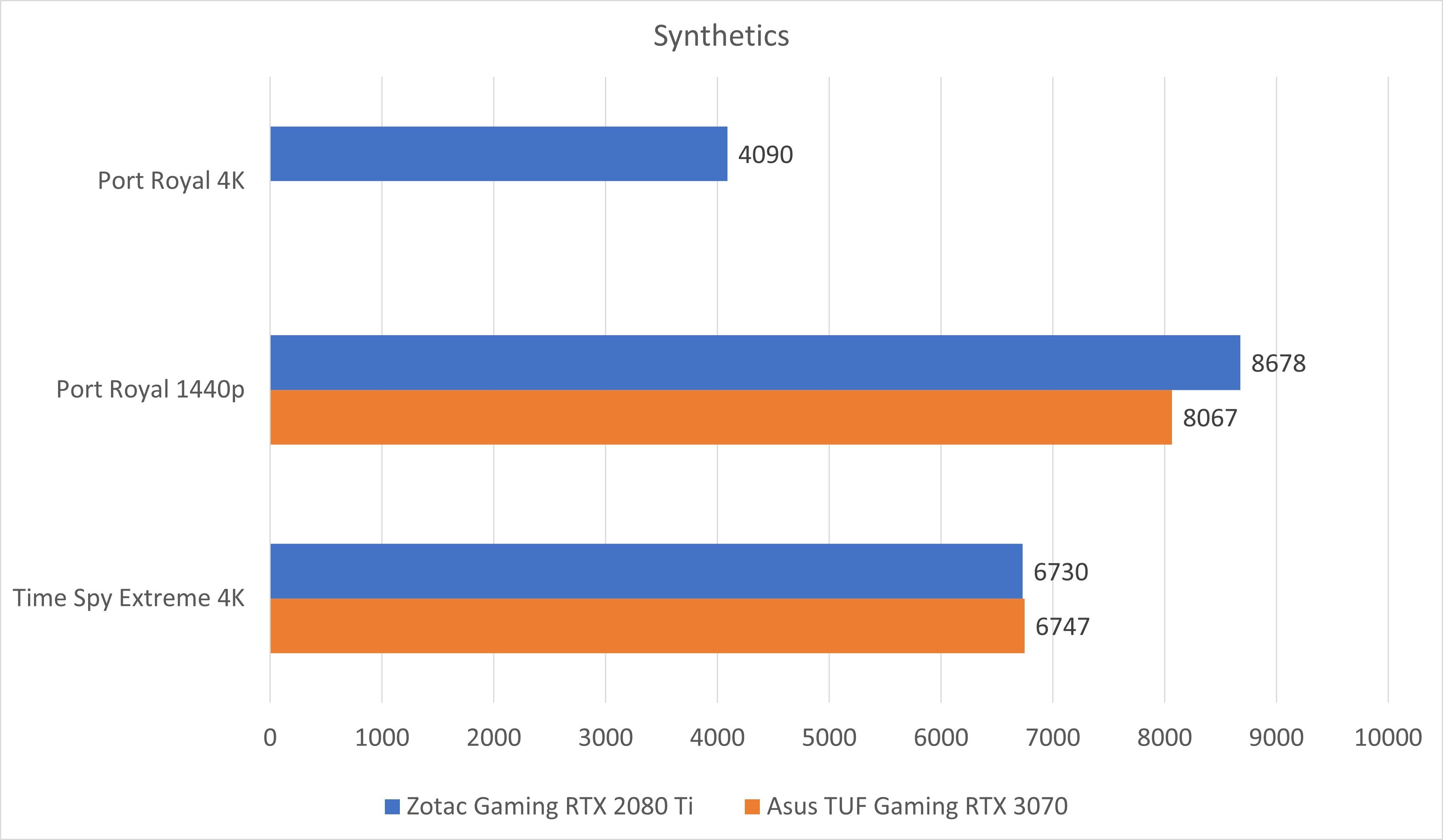 Both the 2080 Ti and Asus 3070 are evenly matched in Time Spy Extreme 4K. The differences here are negligible. Port Royal, however, is the interesting one. This is a synthetic test focused entirely on ray tracing performance. Expectedly, it’s quite heavy. However, while the 2080 Ti posted a result, the Asus 3070 did not. In fact, it crashed every single time I tried to run the 4K benchmark.

The games were run at 1440p and 4K, as mentioned above. Here are the games and settings used for rasterization and ray tracing:

I deliberately selected maximum settings to push these cards as hard as possible in order to shift the load on the GPU and off of the CPU. These are the results at 1440p:

Immediately, we can see that the 2080 Ti comes out ahead in average framerates in all games. However, this doesn’t mean the Asus 3070 is a slouch. The only game to not hit that magic 60fps at 1440p was Watch Dogs Legion. However, if you follow my Watch Dogs Legion Tech Analysis, decreasing one or two settings will get you there. Additionally, 57fps average with a variable refresh rate display will feel just fine.

The differences between the 2080 Ti and the Asus 3070 become much more apparent here. Games like Elder Scrolls Online show differences, but when you’re looking at 93fps, you won’t be complaining. With all other titles, the Asus 3070 posted consistently below the 2080 Ti.

Additionally, looking at the 1% lows for Watch Dogs Legion we can see the Asus 3070 posting 20fps. That’s quite low and results in visible stutter. This is something which translates into gameplay and is definitely something you will feel. Again, this appears to be a limitation of 8 GB VRAM.

Ray tracing performance really provides us a glimpse of the future of gaming technology and the system resources required to achieve a desired performance. And it is here where we see some pretty insightful results. First, let’s look at 1440p performance:

Right away, the 1% lows stick out. Shadow of the Tomb Raider and Watch Dogs Legion showcase very low numbers in this regard, once again resulting in some massive stutter. Even here at 1440p, we can see the 8 GB VRAM coming into play. This is made worse at 4K:

The 1% lows are far more pronounced here, and it’s clear that this is a VRAM issue. This rolls up into dragging down that average performance. For example, both Shadow of the Tomb Raider and Watch Dogs Legion at these settings and resolution utilize over 9 GB of VRAM:

The stutter is real here, but it goes further than that. These games are a glimpse into the fast-approaching future of games. Ray tracing is going to become the norm. There is no greater proof of this than the next gen consoles including hardware to accelerate this technology.

This clearly shows just how memory intensive ray tracing truly is. While 8 GB VRAM might be just enough in the very near-term, this simply will not be enough in the near-future. Remember, people buy graphics cards and keep them for years. And we’re already seeing some serious limitations borne out in games today. What does this mean for the longevity and viability of the RTX 3070?

I think it would be dishonest to proclaim that the Asus TUF Gaming RTX 3070 is a bad card. The fact is, it simply isn’t. However, we must be reminded of what Nvidia CEO Jensen Huang stated, saying that the RTX 3070 is “faster than 2080 Ti.”

There are a few ways to interpret this. Personally, I take the holistic view and try to look at the big picture whenever reviewing and analyzing products. Given that the 2080 Ti was effectively positioned as a 4K card targeting max settings and 60fps, it isn’t unreasonable for consumers to expect similar performance with the RTX 3070.

It’s also important to keep in mind that games keep evolving. Technology keeps improving, requiring greater demands of the hardware. Therefore, what gave you amazing performance two years ago may not provide that same level of performance today.

This same mentality can be taken forward. While the Asus 3070 can provide good performance today, that doesn’t mean you should expect this same level of performance in the future. As I mentioned above, ray tracing is the future. This is something you need to accept.

While the Asus 3070 may be just enough for ray tracing today, testing shows that even some of today’s games are simply too much. 8 GB VRAM simply isn’t enough.  One could argue that you don’t need to run ray tracing and max settings if you want better performance. And this is certainly true. 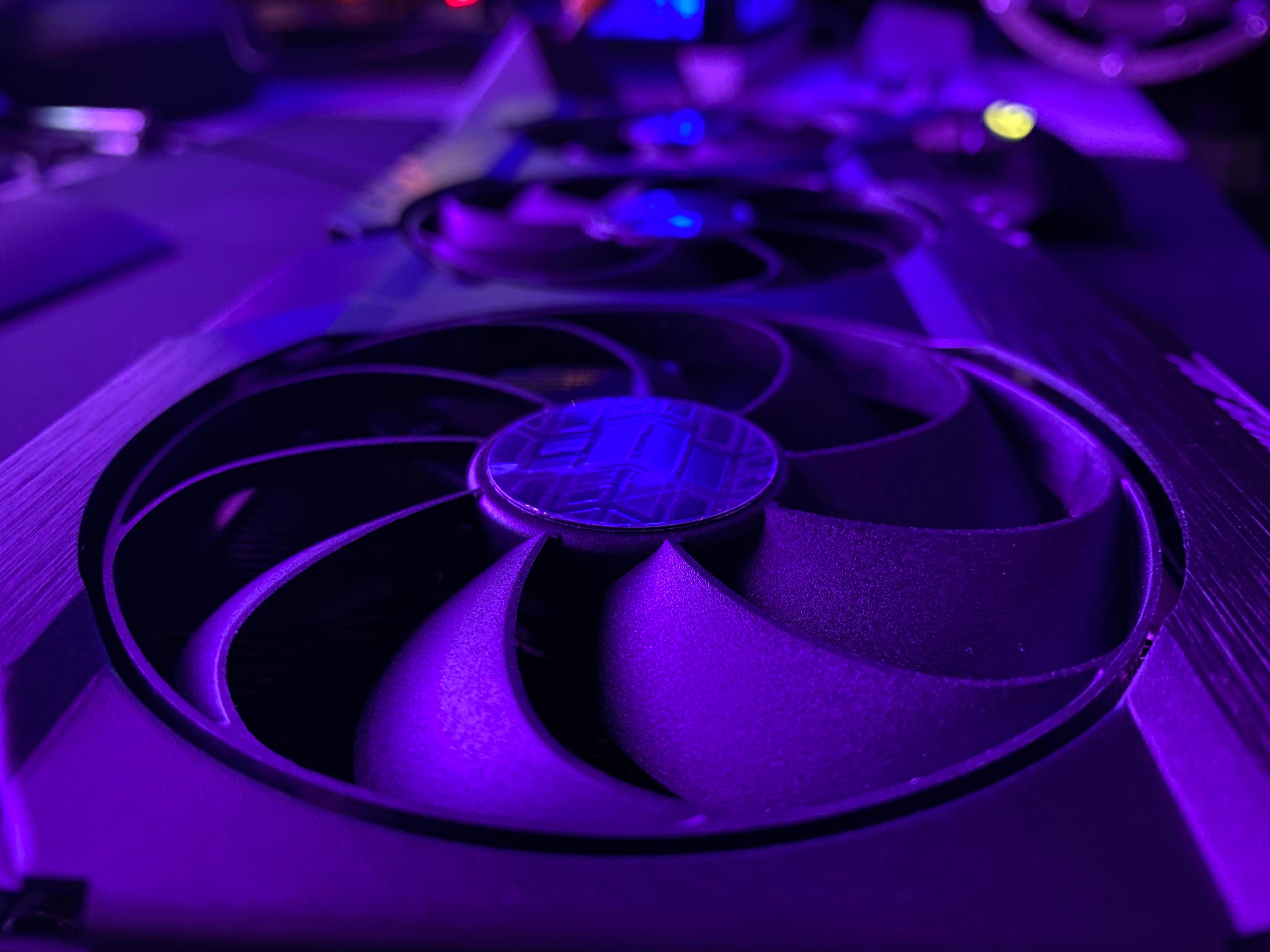 But here again, remember that people buy graphics cards and keep them for many years. Therefore, it makes sense that you’ll want a card which provides you good performance today and has legs to last you several years. This is just good consumer-sense.

When you prop this up against the context which sees an acceleration in the rate of change, the RTX 3070, I believe, does not cut the mustard. In a vacuum, the drastically lower price of $560 compared to the $1,499 of my 2080 Ti seems like incredible value. However, we do not live in a vacuum. Context matters. In my frank opinion, the 8 GB VRAM in the Asus TUF Gaming RTX 3070 (and other 3070s) really kneecaps the true potential of the card.

When we consider that these cards are virtually impossible to buy right now, and with AMD’s RX 6800 purported to compete with the RTX 3070 with double the VRAM, my advice is to wait. Wait for reviews of the RX 6800 and see how it compares to the RTX 3070.