The Akko Neon 3061 is a 60% keyboard that takes the popular “Laser” color scheme and shares it with the masses. The result is a unique keyboard that offers a compact form factor for gaming and lesser-known Gateron switch options, including Gateron Yellows which I tested here. The board comes in at $109 and offers full per-key customizable RGB backlighting, software free macro programming, and striking alternate keycaps. Does it have what it takes to stand out in the crowded compact keyboard market? Let’s take a closer look and find out. 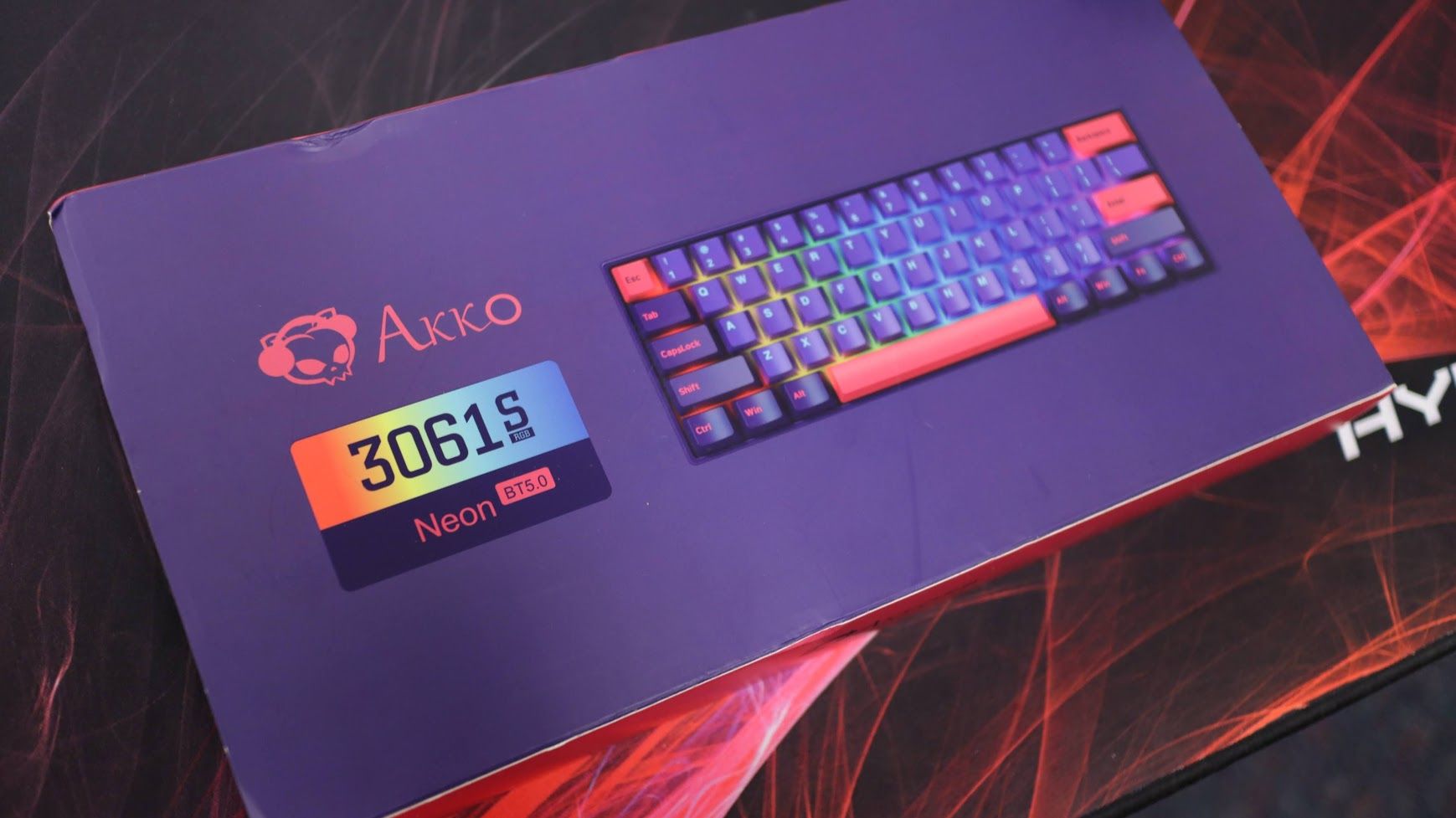 If you’re new to custom mechanical keyboards, you’ve probably never seen a keyboard quite like the Akko Neon. It’s brightly colored, mixing shades of purple, neon pink, and neon blue for a bright, almost cyberpunk aesthetic that’s really quite eye-catching. This color scheme started its life in group buy form by a keycap designer known as Mito. It has since become one of the most popular keycap styles of the last several years.

Like many aspects of custom mechanical keyboards, the set was cost-prohibitive. Just a set of alphas, letters only, in the last run (in SA profiles) was more than $75. Like most group buys, once the sale is done, it’s incredibly hard to track down that set and if you can find someone willing to part with theirs, it’s usually at a steep mark-up. As a result, you have sets that are close, but not exact, to answer the demand for popular key sets that wind up out of reach for the masses. 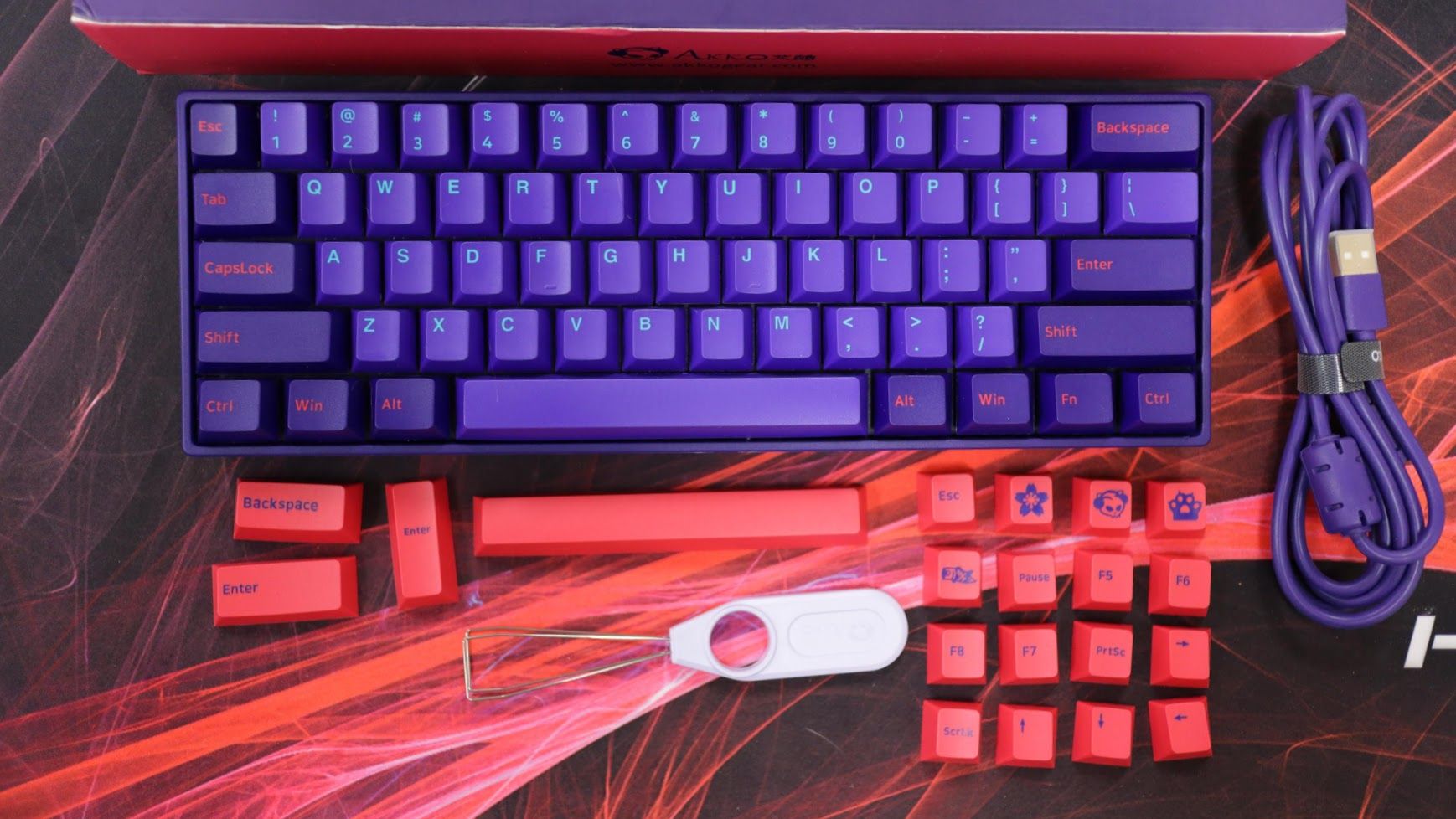 The Akko Neon is the first keyboard (to my knowledge at least) to release with its own version of this colorway and it brings the price way down. At $109 total, you get the Akko 3061 RGB keyboard, the pre-installed set of keycaps, as well as a collection of alternate magneta accent keys, as well as a matching cable. The amount of extra keycaps is especially nice, though it’s a touch odd that Akko included function keys on a keyboard without a function row, but I digress.

The keycaps are also impressively good. They’re built in Cherry profile which is more low profile than traditional gaming keyboard keycaps and in-line with expensive sets from GMK. They’re made of 85% PBT and use crisp doubleshot legends, so they look good and won’t shine or fade over time. Both injection layers make for keycaps that are thick walled and textured which feel and sound nice, a quality which is slightly undermined by the semi-hollow feeling of the keyboard itself. It’s mostly in line with other plastic case keyboards, though, so shouldn’t be considered a major drawback unless you’re coming from an all-metal keyboard. 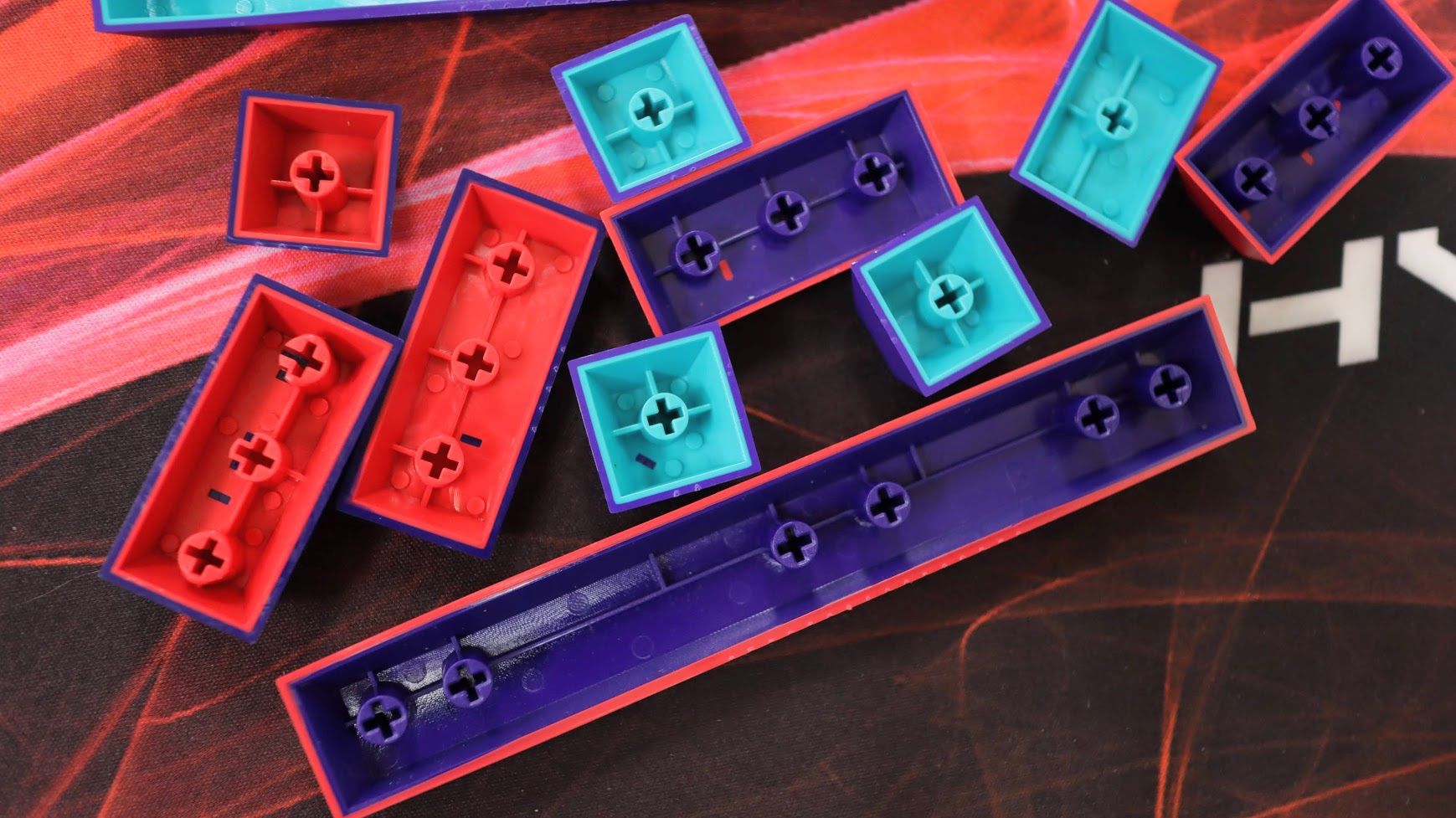 I should mention that this keycaps set is available for purchase separately for $59.99 and will be compatible with other MX style switches. I actually purchased a set before being offered this keyboard for review and have been roundly impressed. For $59.99, you can’t expect the level of quality of the $150+ set, but the amount of keys and quality of each has been great. Frankly, I would recommend these over the original to the vast majority of buyers, the only exception being that the spacebars have slightly less ribbing which will make them more prone to warping from the factory. If that happens, you’ll need to return the kit or seeks a replacement, but each of the five spacebars I examined (three in the standalone kit, two included with this keyboard) have been perfect, so it appears that Akko is doing a good job with QC.

The Neon features a traditional 60% design. There is no function row, now number pad, no narrow keys, and no navigation/editing cluster. Most of these missing keys are available on the secondary layer, accessed by holding the Fn button. The position of Fn was convenient to hold with my pinky and smart keymaps like having WASD act as arrow keys made accessing them easier than popular boards like the Vortex Poker 3.

The keyboard also has software free macro recording. By entering into Macro Mode, you can record your key strings, map them to a key (triggered with Fn so you don’t lose important first-layer commands) and can send them through. Likewise, you can choose from a plentiful array of preset backlighting effects and then choose from a range of colors to make them your own.

The 3061 also has several other tricks up its sleeve. The board supports Bluetooth 5.0 and can easily pair with mobile devices. Its compact size makes it perfect to toss in a bag as a travel keyboard. The 1800mAh battery is plentiful and I haven’t run it dry yet, even over a couple of weeks of use. For gaming, it also supports N-Key rollover, you every key will register, every time. 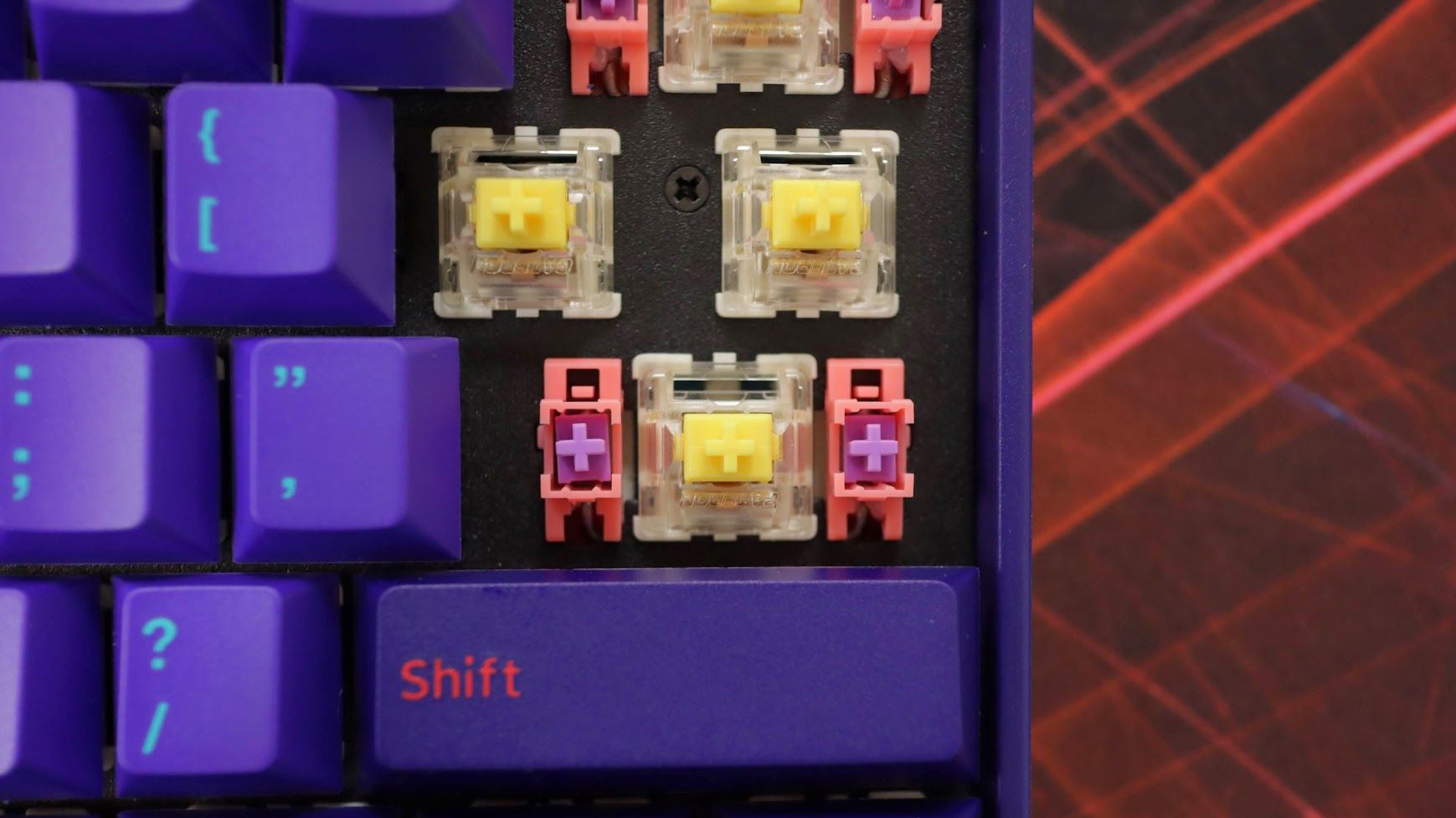 One of the unexpected treats with this board is that it came with Gateron Yellow switches. These switches aren’t very common on production keyboards, but the switches are smoother and slightly heavier than Cherry MX Reds and don’t have the same kind of “spring ping” Cherry switches do. It’s also available in a number of other uncommon switch types: Gateron Orange, Pink, Green, and White are also available. The stabilizers here are also an improvement from the 3068 I reviewed last month and are less rattly. 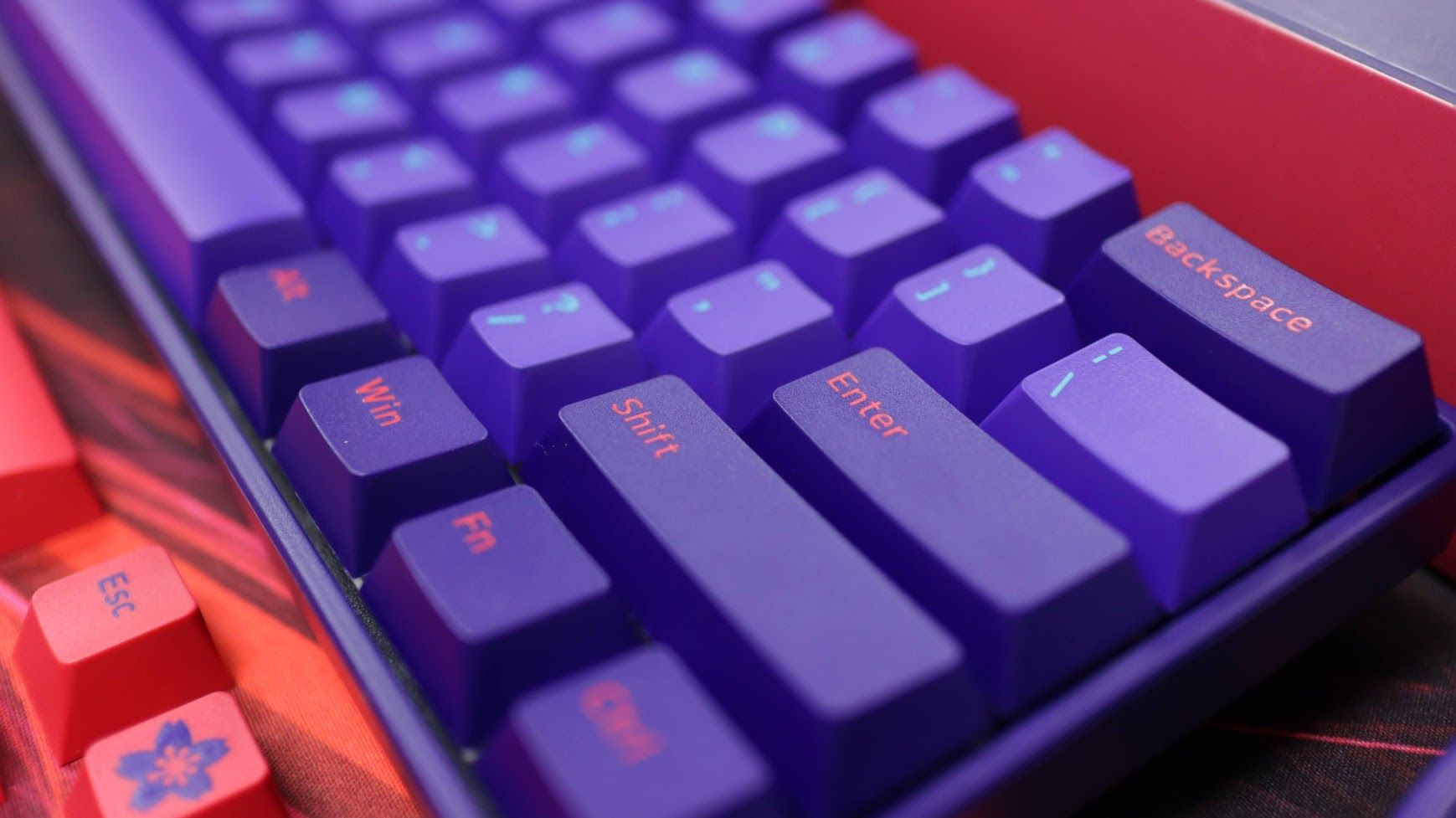 One of the drawbacks to this board compared to the likes of the Ducky One 2 Mini is its limited programming and missing keys. Sixty-percent boards are naturally very compact — that’s the point — and they pull off that compact size by trimming lesser used keys and placing them on secondary layers. Here, certain keys are simply missing and there’s no software to replace them. Home, End, Page Up, and Page Down are nowhere to be found, which makes fast page navigation and getting kind of writing work done (even emails) more difficult than it needs to be. Why would Akko not include these keys when there are many that aren’t mapped to anything, especially since there is no software to add those keymaps yourself? 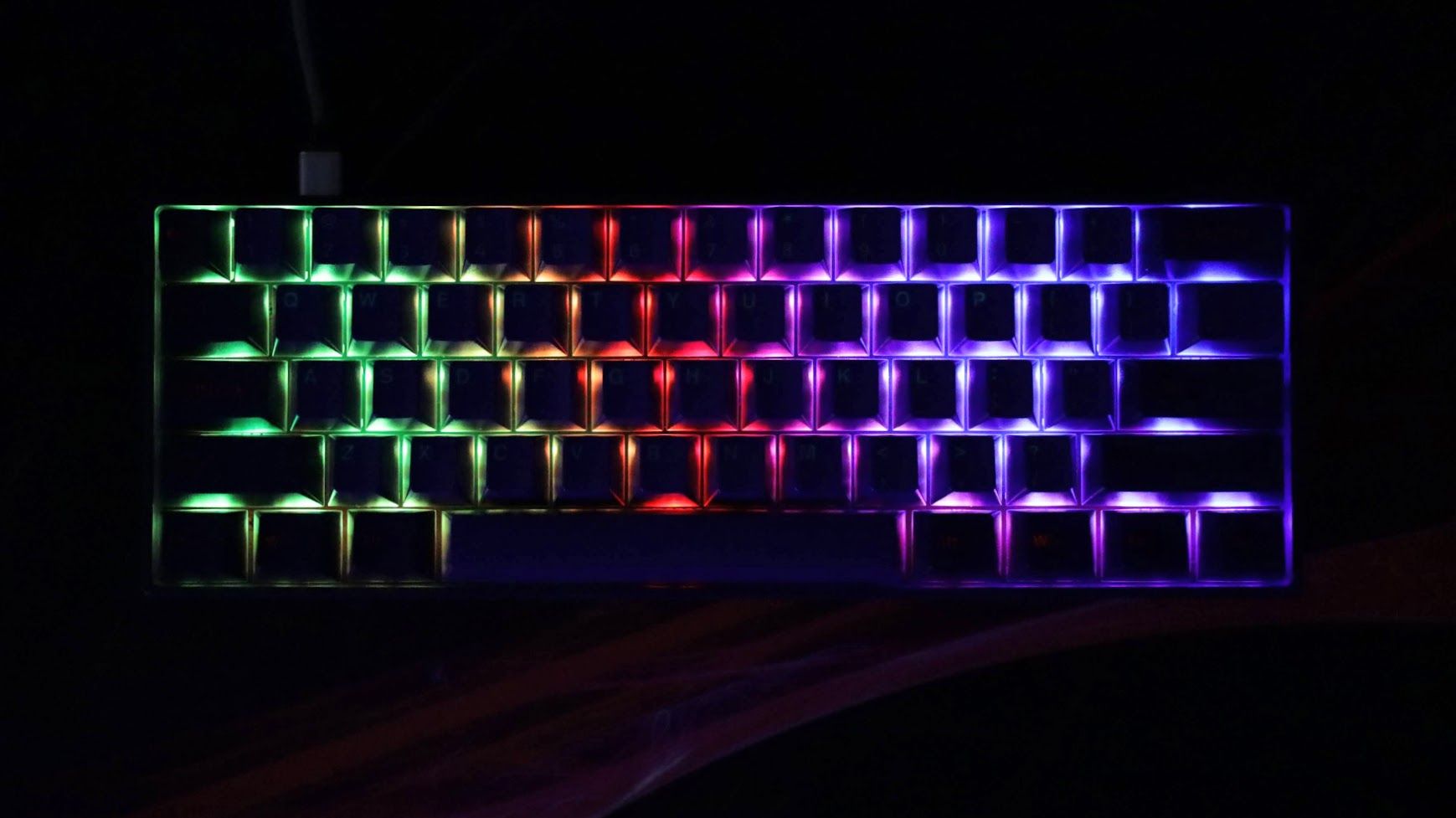 Depending on how you use your keyboard, this might not make any difference to you, but it is absolutely something to be aware of going in. Compared to the Ducky One 2 Mini, which is only $10 more as of this writing, it is less functional. The One 2 Mini also offers more in-depth RGB programming without software. But yes, it does look cooler, so you’ll have to decide for yourself if it’s worth the sacrifice. 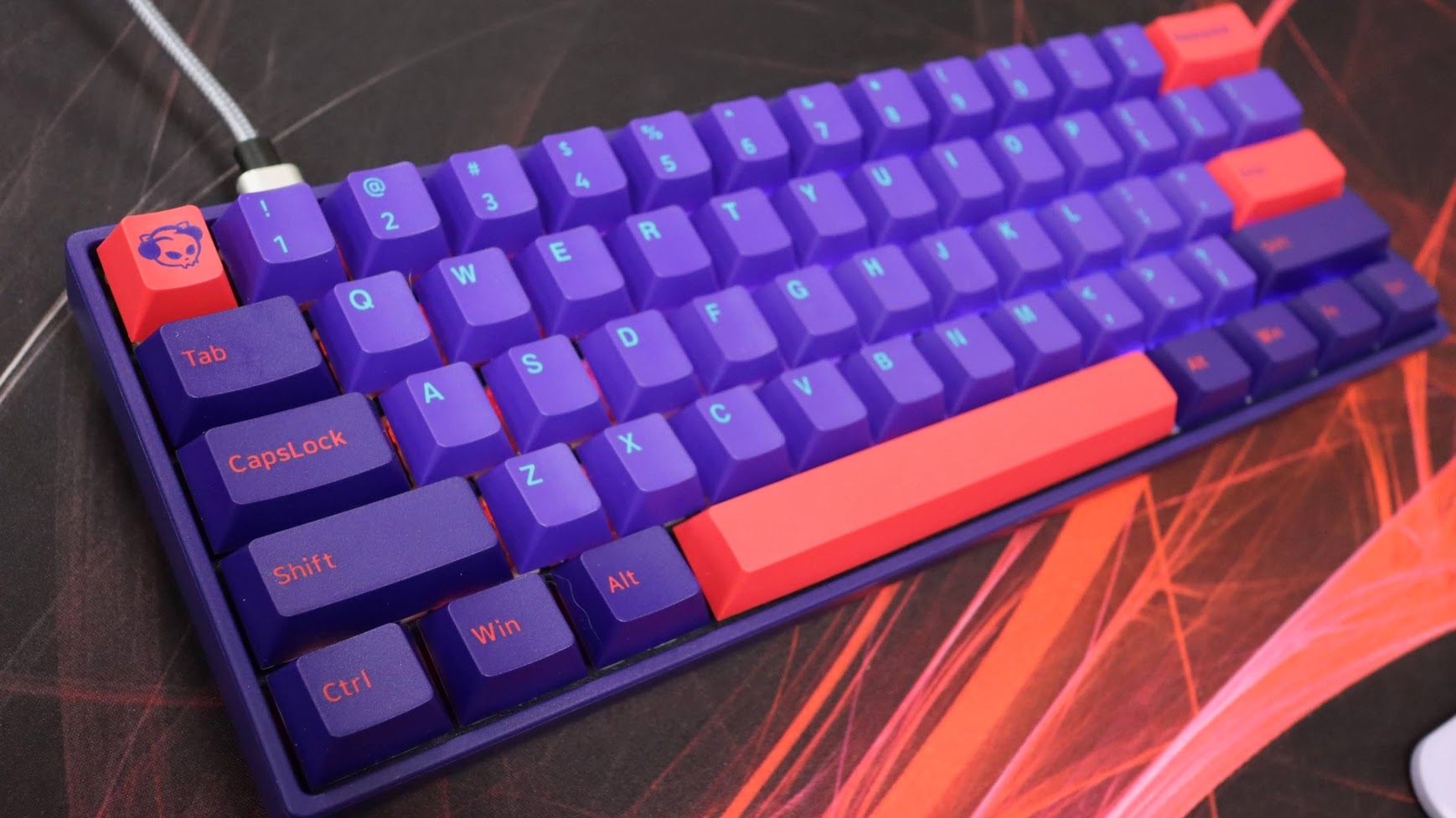 The Akko 3061 is a cool keyboard and one of the most affordable ways to add this “look” to your gaming setup. At the time of this publication, the official Mito Laser keyset is available again on Drop, but a full keyset will set you back at least $149 on keycaps alone. On a personal level, I can’t go without those navigation keys but if you don’t use them, this is a neat keyboard at a decent price. Still, I would love to see a price cut to really compete against the One 2 Mini.  If you’re looking for a compact keyboard with a custom look, reasonable price, and Bluetooth, this is worth considering.

The product described in this article was provided by the manufacturer for evaluation purposes.
7.0Good
Pros
Cons
Tags
Epomaker
Akko