There’s never been a better time to buy headphones if you’re on a budget. There are more good options for less money than there has ever been, and today we’re looking at one of the best budget IEMs you can buy under $25. Coming in at only $19.99, the 7Hz Salnotes Zero delivers impressive sound quality with full bodied bass and a tuning that’s great for music and games. Can it go wrong? Find out in our review! 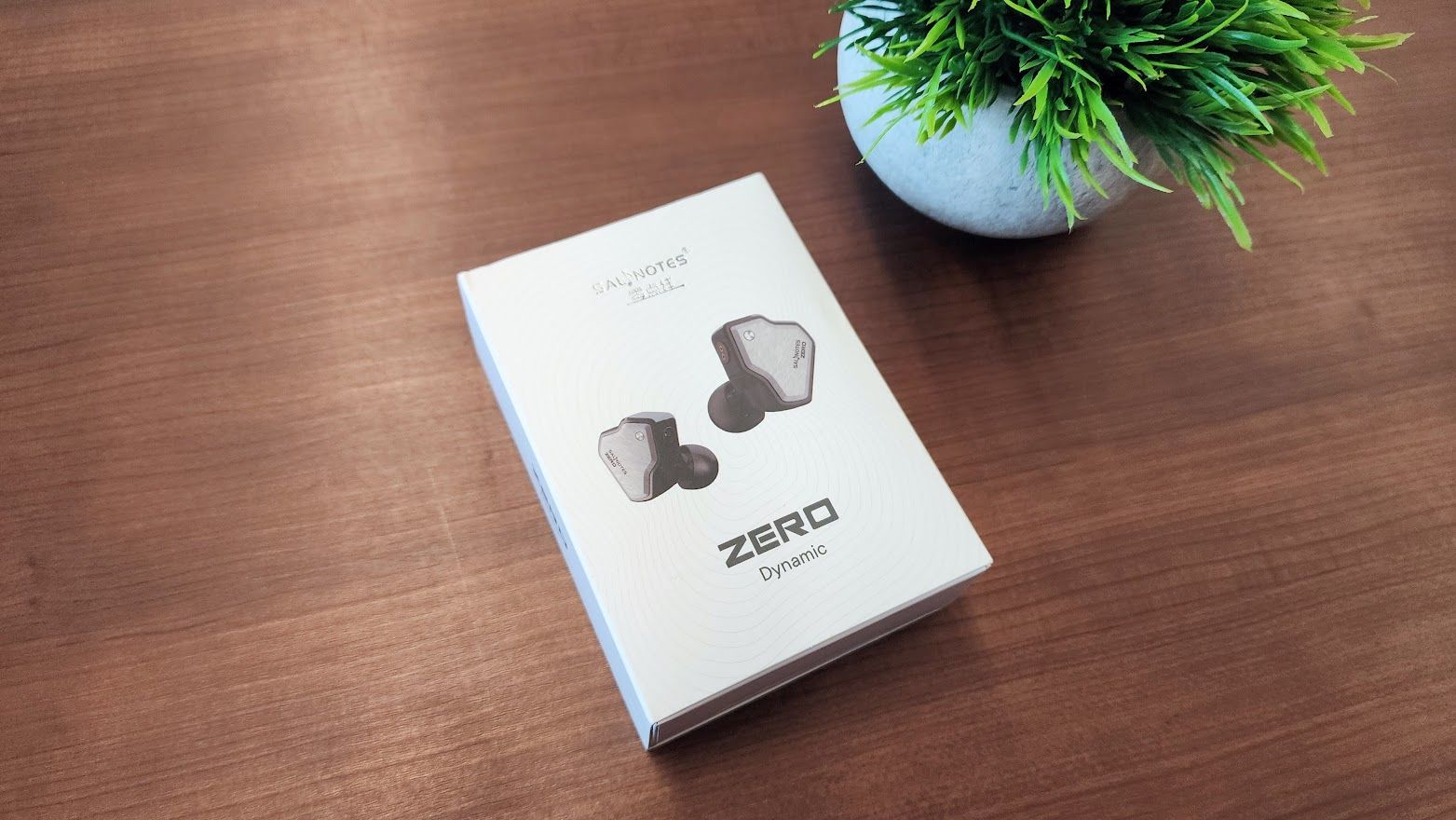 Salnotes is a budget-targeted subbrand of 7Hz, the brand that brought us the cult-hit Timeless planar magnetic IEM. With Salnotes, it opens the door to more affordable listeners with more affordable options, leveraging the company’s experience and tuning expertise. We first saw this with the Dioko, a $99 sister-IEM to the Timeless, which is one of the best planar magnetic headphones you can find under for a hundred dollars.

The Zero targets a different market entirely, coming in at only $19.99 and using a single dynamic driver to drive its listening experience. It’s going after the Moondrop Chu and does a darn good job of it. 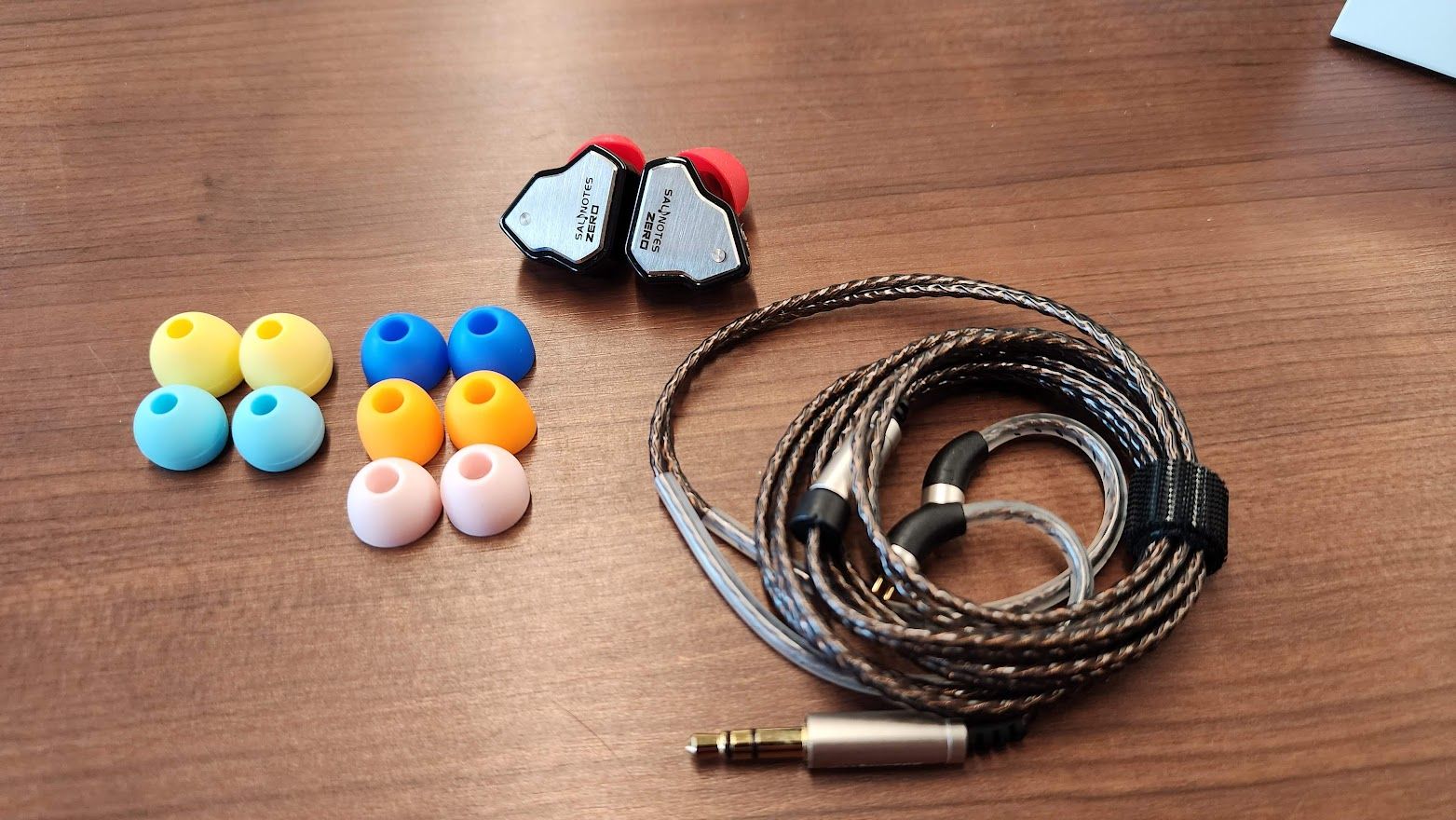 Starting with the design, the Zero has a unique aesthetic that will be hit or miss. It’s not ovular like the Dioko, but instead features a very angular design with a brushed metal faceplate for a little visual flair. It’s also available in white, blue, and black (which we were sent) to add even more character to its design. The shells are made of pressed plastic. It’s not going to wow you with its build quality, and you’ll either love the angled design or hate it, but neither is less than what we would expect for the price.

Given the price, you might expect Salnotes would go light on the accessories, but you would only be partially correct. There’s no travel case this time, but you do get a selection six pairs of of colorful tips. The cable is basic — four core oxygen-free copper — but is decent, if a bit stiff. The important thing is that it’s detachable, unlike the Chu, making it upgradeable and replaceable should it ever get damaged. 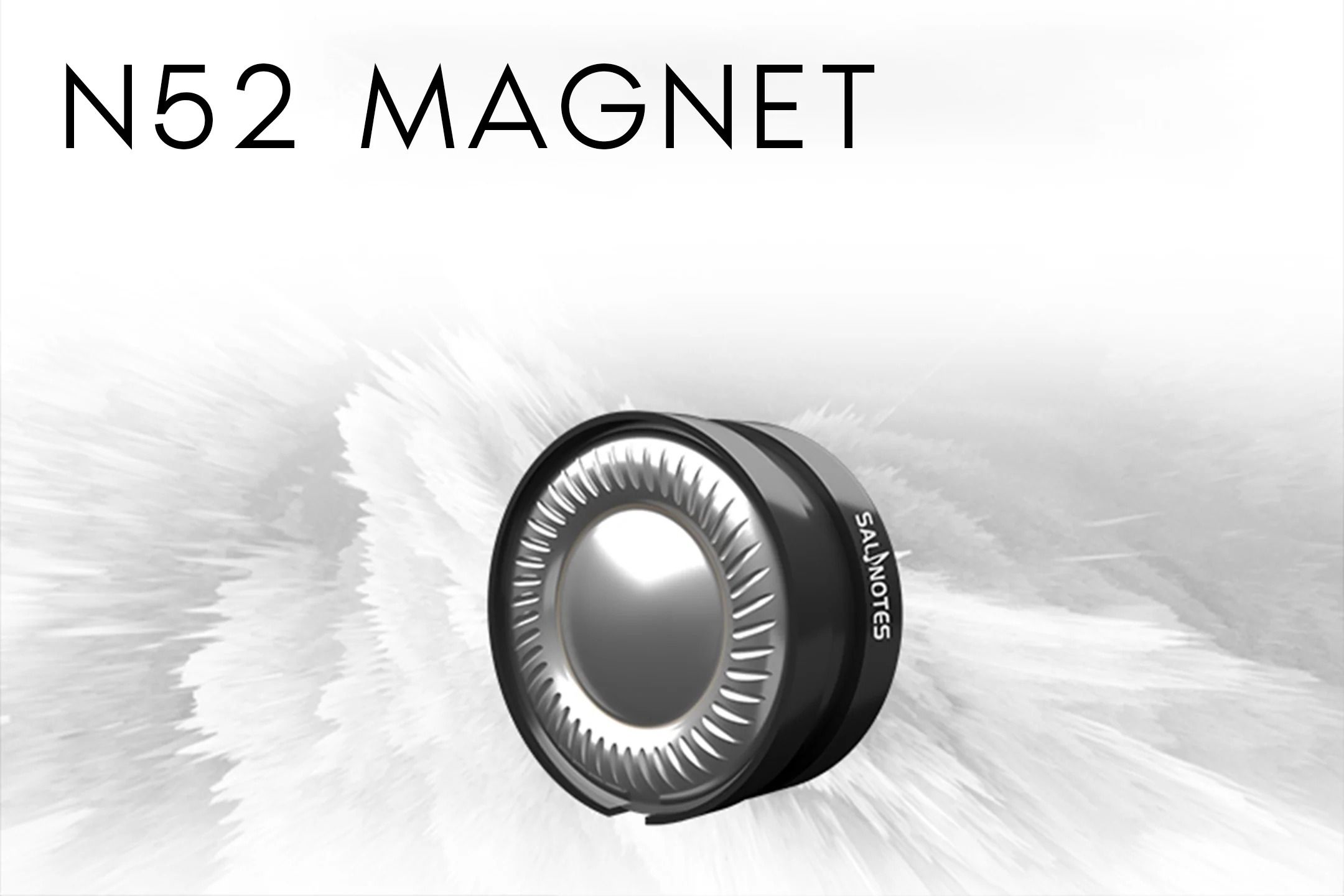 Inside the shells, the Zero uses a single 10mm dynamic driver. It features a “metal composite” diaphragm with “pioneering technology exclusively developed by 7Hz.” That’s a bit nebulous, but it also makes use of a powerful N52 magnet. We also know that Crinacle, a legendary IEM critic and frequency grapher, had some involvement, but details are scarce there.

I was initially worried that the Zero would be uncomfortable based on the design of the shell. Even the inner surface is more angular than I expected. But that worry was for naught. Salnotes rounds off the edges enough that the Zero is actually surprisingly comfortable to wear over extended periods. Its use of a single driver allows it to be quite small, as well, so it fits snugly and securely. 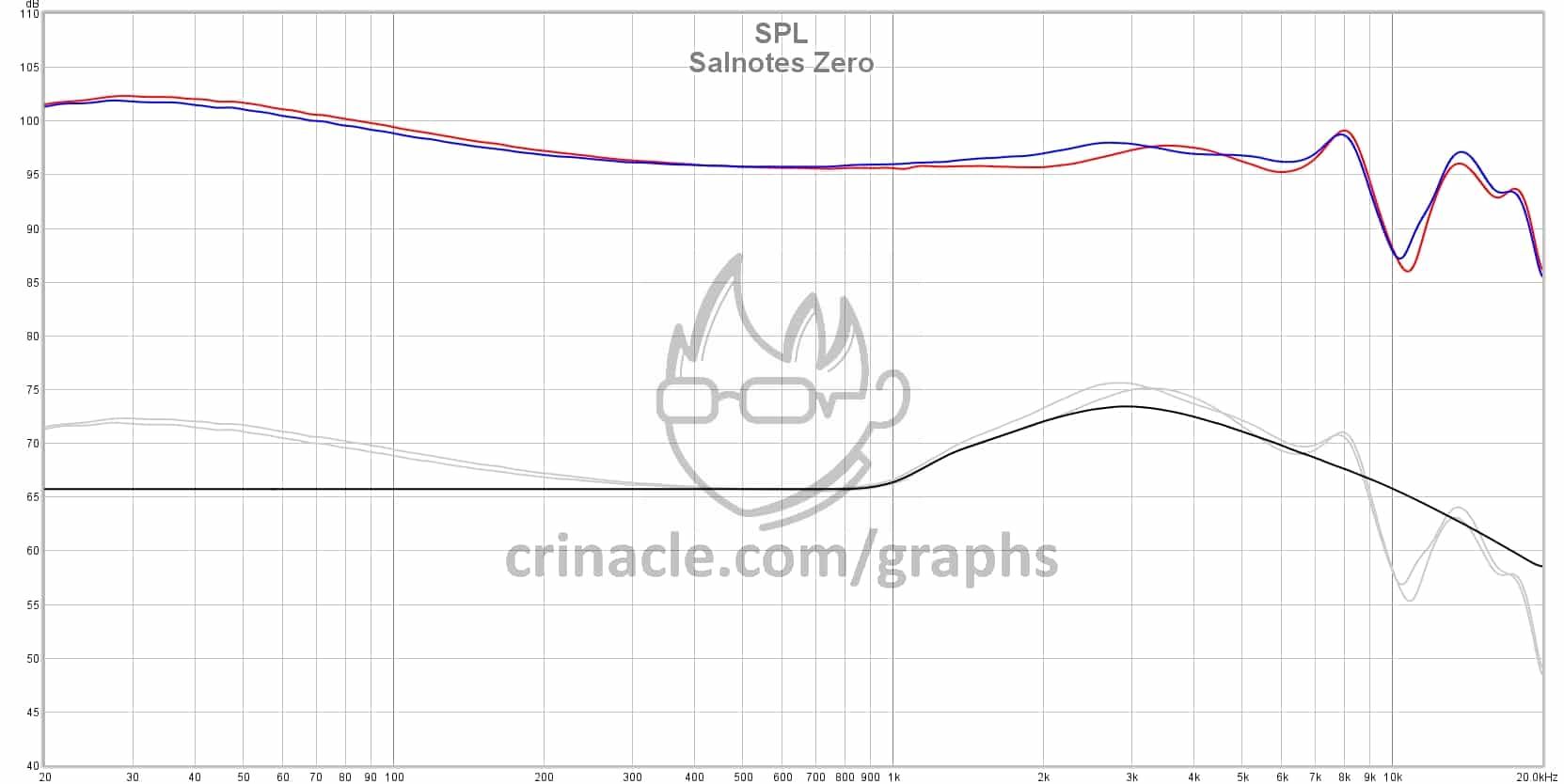 Given its low cost, the Zero is unsurprisingly easy to drive. Any dongle DAC, output from a gaming PC, or headphone jack should do the trick.

The Zero features a U-shaped tuning with slightly boosted bass. I found the earphones to sound quite full across rock, electronica, ambient music, and even classical. Kick drums have thumb and bass guitars fill out the mix very well. Bass is not especially fast or detailed, but is pleasant to listen to and does its job well. It will work will for both music and games, add a sense of cinematic scope and impact.

Vocals are forward on these earphones. It’s a good fit for modern pop and rock where singers lead the group. Female vocalists sounded especially rich, but there is a slight veil that becomes evident with male vocalists. It is slight, but is clear and repeatable on forward, raspy tracks like Tiny Moving Parts’ Movies. 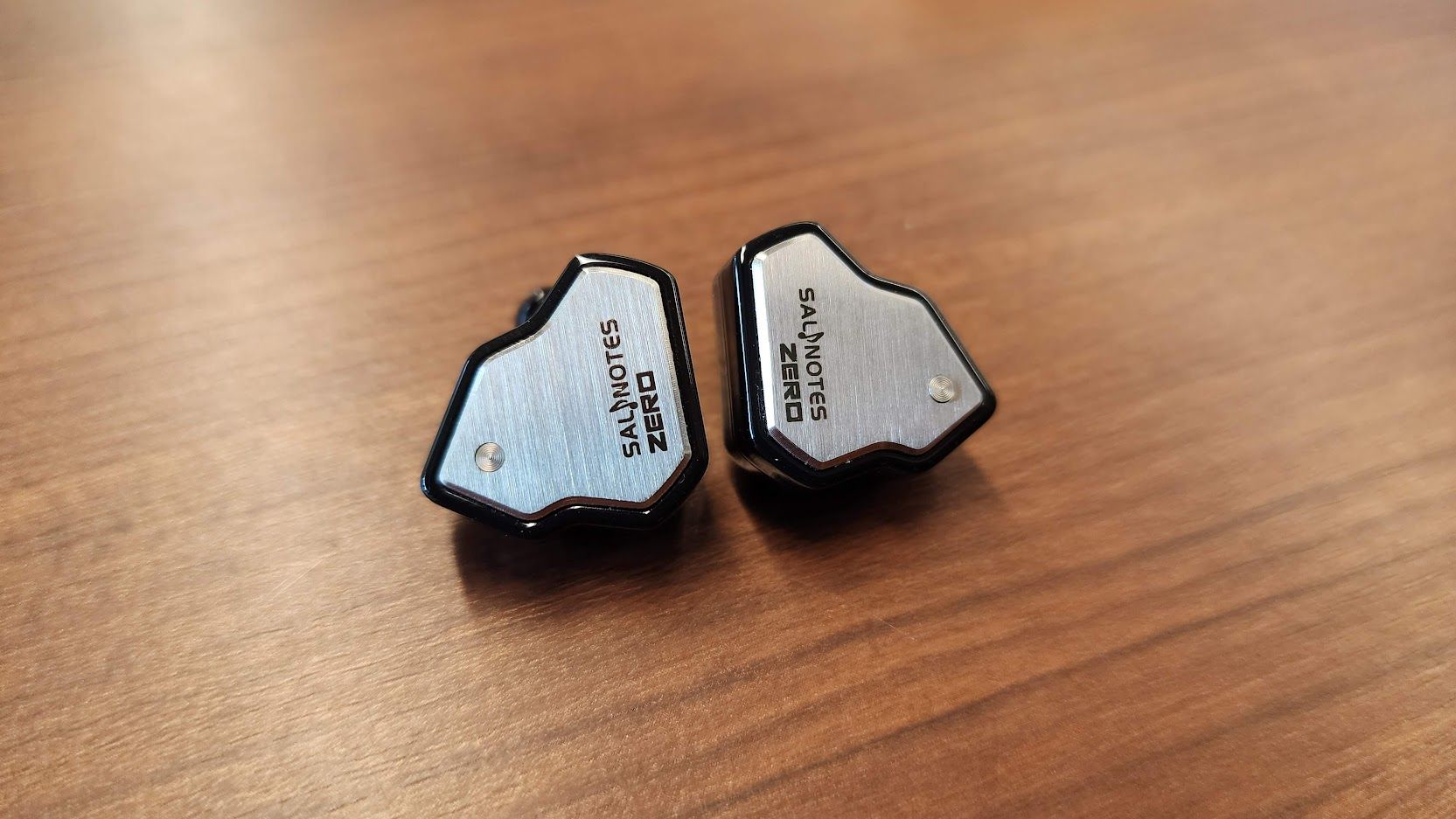 Overall performance in the mids isn’t decent. However. Guitars jump out with a brightness that shines throughout tracks. It’s not the most detailed, but gives a good impression of layering and allows you to hear all of the elements that make up your favorite track. For gaming, footsteps pop out, but I found this tuning to be better for immersive single player games where atmospherics enhance the experience.

Treble is fairly warm. There is no sibilance with these earphones, and they mostly keep cymbals in check (though there are instances where they can sound a bit sharp). Decay occurs rather fast, reinforcing the warm tuning 7Hz went for here.

Technical performance isn’t anything to write home about. If you’re looking for a headphone that relishes in details and soundstage, you’ll need to look a little higher than the $20 mark. Still, they don’t sound blunted or lacking in any big way. They’re just average and as you would expect from a $20 earphone. Soundstage isn’t wide or deep but isn’t tight either. Again, average technicalities. 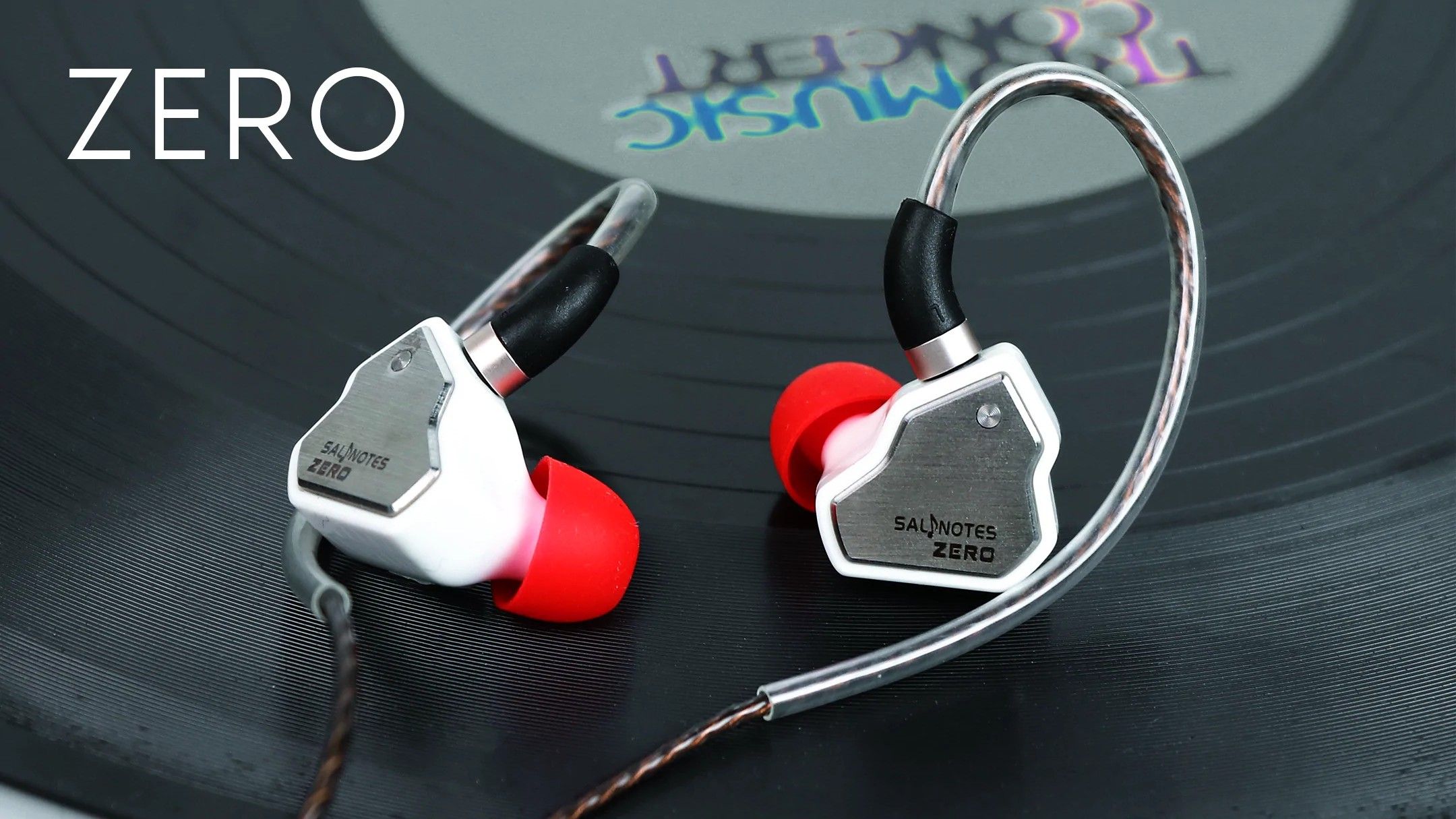 At the end of the day, the 7Hz Salnotes Zero lives on its tuning. For $20, it’s well tuned for mainstream listening and gaming. These are earphones you can throw in a bag and not worry about. When it’s time to listen, they’re going to sound full and allow you to hear everything in your song with a bit of extra warmth.

The detachable cable definitely sets them ahead of the Chu in durability and repairability, but the two earphones are tuned so differently, I don’t see tis as a clear victory. Instead, it’s just a very solid alternative if you prefer warmth over the Chu’s brighter tuning.

At the price, though, these are a great value. Compared to virtually anything you’ll find at this price in Best Buy, Target, or other department stores, the Zero is going to perform better. If you’re in the market and like body to your music, definitely give this a closer look.