We’re covering the fundamental basics of how to get into Final Fantasy XIV, the MMORPG that’s got everyone talking.

Chances are if you’re a gamer with gamer friends, you’ve had at least one friend approach you about Final Fantasy XIV. It’s the MMORPG on everyone’s tongues, especially with its expanded trial — up to level 60, with the first expansion included. And if you’re here, you’re likely considering dipping your toes in!

There are a few extremely basic questions that everyone seems to have when giving FFXIV a try. Today, we want to cover the very basic fundamentals of trying the game:

If there are any other questions about starting up in Eorzea, you can always poke into the comments section. But we’re hoping to cover “things we wish we knew” in the future as well, so stay tuned!

Chances are, you’re giving FFXIV a go because of the new Free Trial system. And you wouldn’t be wrong in doing so! The new Free Trial extends out to Heavensward, which is considered a phenomenal story on its own by veteran players. But we just want to make sure you understand what the differences between the trial and full version are.

Of course, there are restrictions on the Free Trial. These are mostly social and convenience quality-of-life features. You can only make one character per specific “world” (meaning server), and eight in all. For item management purposes, you can’t use “retainers” to store and sell items, and you cap out at 300,000 gil, which is livable but not optimal for long-term gameplay. You also can’t buy items on the player marketplace, nor trade. 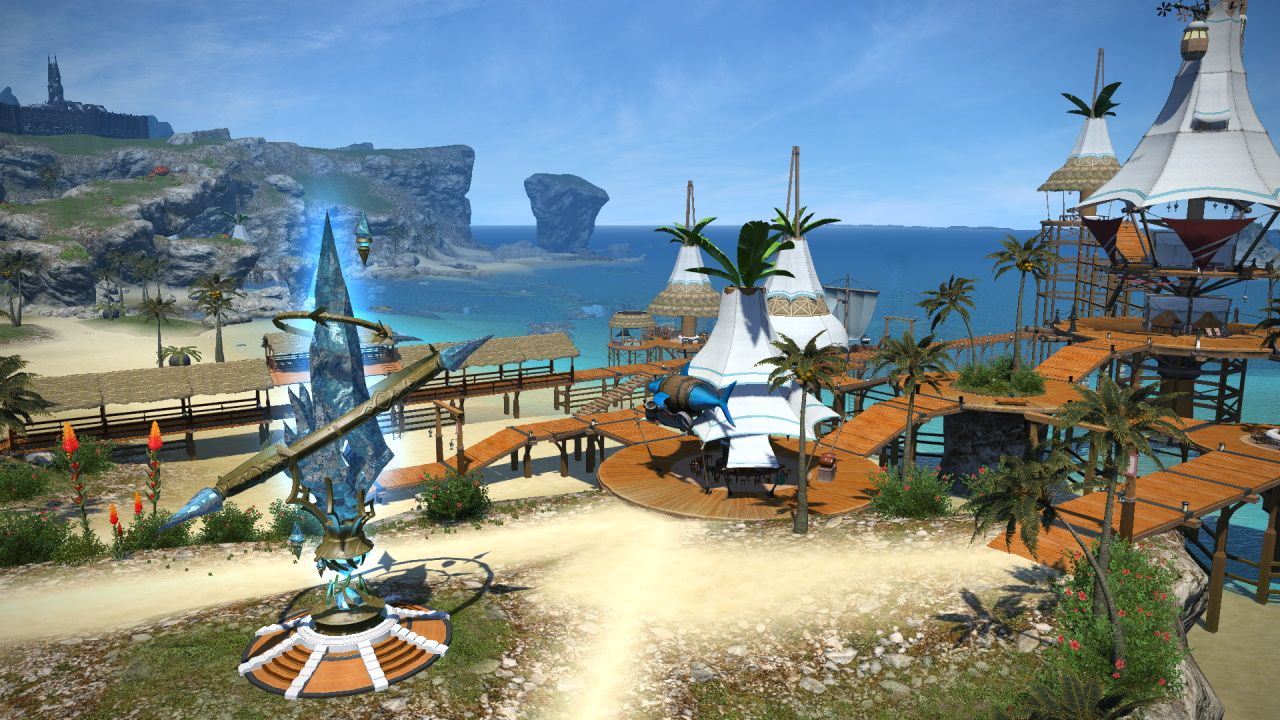 Socially, the restrictions are far stronger. Free Trial players can’t join a Free Company (guild), and you can’t use the area-wide public chats, nor “tell” (whisper) to other players. You can add friends and join others’ parties, but you can’t make parties on your own. You also can’t make chats across data centers, the Fellowships and Cross-world Linkshells, but chances are you wouldn’t be making them and instead would join others’, which you can do.

If you opt into the full version, you may also be tempted to buy the story and level boosts. I recommend not doing so; for one, it’s about $50 for both the story and levels. Plus, the story is part of FFXIV’s draw, as with other games in the Final Fantasy franchise, and the job quests are pretty interesting storylines that help ease you into your class. These boosts are generally recommended for returning players who want characters on other servers and don’t want to grind again.

Once you’ve made your account, it’s time to pick a server. If a friend tells you where you should join, definitely go ahead and follow that! But if you’re not sure, just pick any World — but there are perks to joining some more than others.

First, an explanation: Final Fantasy XIV has two tiers of servers, “data centers” and “worlds.” The “worlds” are traditional servers, as one would expect from any MMORPG. However, multiple worlds are clustered into one “data center,” which permits you to visit other worlds within that data center. You’re more likely going to be considering a data center than a world alone, unless you have specific Free Companies, the equivalent of guilds, you want to join. Still, if you have friends in another world in your same data center, you can always hop over and visit them.

Certain worlds have special classifications with perks and drawbacks. If you don’t have a strong external reason to join any data center or world, then consider joining a Preferred World. It provides a massive experience boost until you hit level 70, which is the minimum for Shadowbringers. Plus, if you subscribe and reach level 30 on any class, you get a million gil and a 15-day bonus. 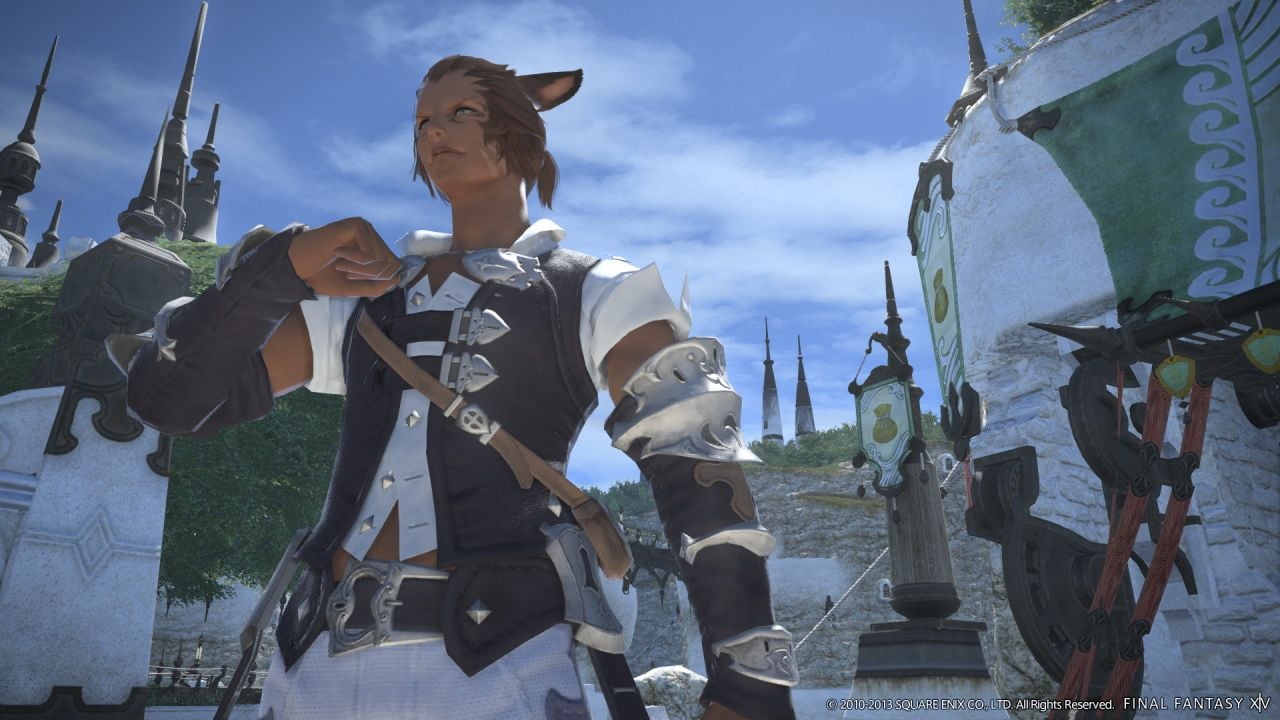 Rarely, a Congested World won’t allow for new players; if your friends want you to join a Congested World, let them know. Again, this is pretty rare, and most of the time a server may only block you from character creation because it’s busy at that moment. If this happens to a non-Congested server, you can usually just wait until a slow hour and it’ll become usable. Some may just be perpetually busy, though, so you may also opt to join another world.

For the sake of example, I’ll explain how I navigate servers. North America has three data centers: Aether, Crystal, and Primal. I joined Crystal’s Diabolos world to join some friends and their Free Company. Crystal happened to be a roleplay-heavy data center, so I now also visit Balmung, where much of that takes place. Plus, I join my friends from Mateus to do raids.

However, I have friends on Aether that I wanted to join, so I made another character. While many of my friends are on Midgardsormr, I opted for Adamantoise within the Aether Data Center, which at the time was classified as “Preferred,” in order to receive bonuses. I can similarly join my Midgardsormr friends anytime for raids.

This is probably the most intensive part of the joining process for some players, and understandably so! You may wonder what the differences between new character options are, so the answer is…

Practically, there’s no real difference. There are extremely minor boosts if you choose different patron deities and races, but by the time you hit the end of A Realm Reborn, it’ll be negligible. So be a Roe Healer if you really want! Or a Miqo’te Tank! 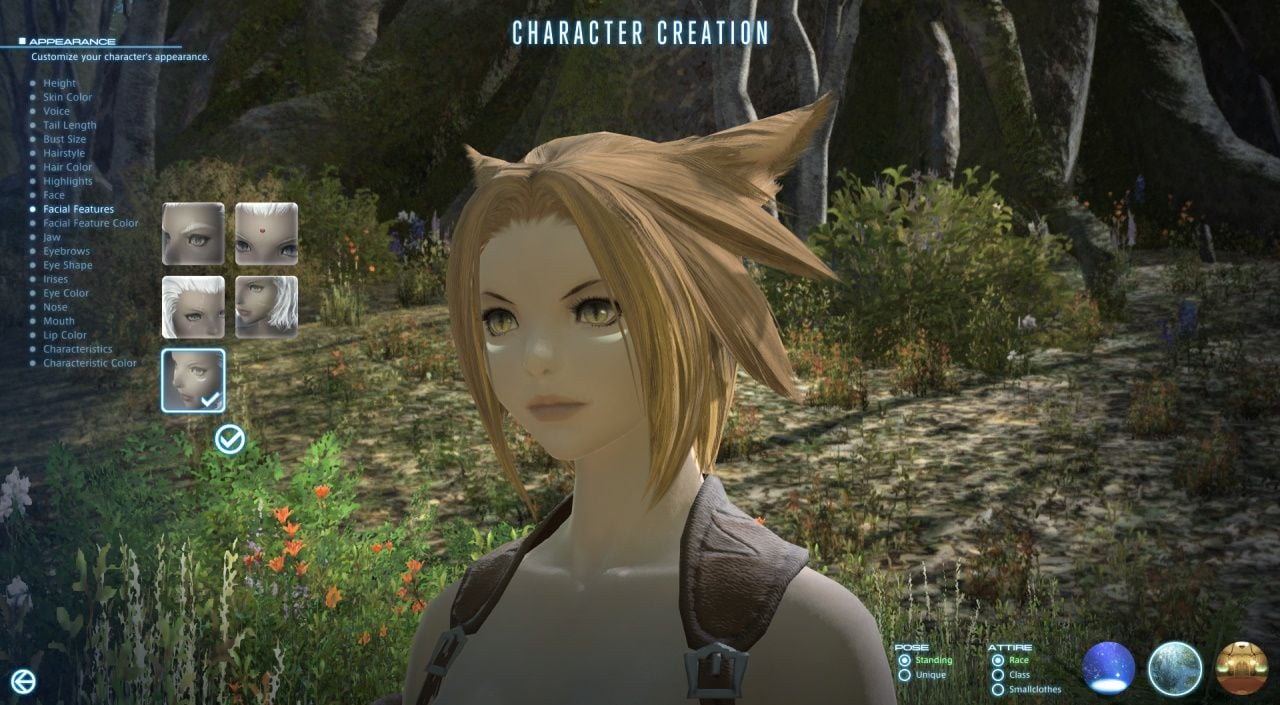 There are, however, glamour and community differences. Yes, you are going to be made fun of if you play a Lalafell, but also you’ll get a lot of random headpats. Meanwhile, Hrothgar and Viera, which come with Shadowbringers, aren’t able to visually wear certain hats, a common complaint among such players. For the most part, though, just pick a race you want to try out.

If you ever somehow become exhausted of your appearance, you can buy Fantasias in the Optional Item shop for $10 a pop. This allows you to revamp your character’s race, gender, body, and more without losing progress. Obsessed with changing your appearance already? Frankly, it’s become a bit of a meme in the community to churn through Fantasias, so you’re not alone.

Much like other MMORPGs and general RPGs, there are three types of roles: Healer, Tank, and Damage Per Second. All are focused on achieving damage, but obviously the Healer and Tank roles respectively heal and absorb damage. DPS is also divided into three types: melee, physical ranged, and caster. If you aren’t sure what your role does, do the Guildhests, which are genuinely great explainers.

Throughout the game, you’ll be queued up with other players based on your role, and frankly the queue pops much faster if you play Healer or Tank (but DPS is also often too fun to ignore). If you’re nervous or unsure about a new Dungeon or Trial, especially if you’re new as a Healer or Tank, just let your party know! Chances are, through the “roulette” feature, you’ve been matched with someone who’s done it before. And they’ll be able to see you’re fresh to it, as a little green plant sprout appears next to your name—hence the new player nickname “sprout.” Players will usually take it slower, especially if you’re a new Healer or Tank.

Worried about grinding through your first class? Don’t! FFXIV is often praised for how it eases players through its primary story with little extra grinding necessary. (This tapers off very late into the expansions.) Plus, if you’ve opted for a Preferred World, you’ll definitely get where you need to be without ease.

As you level up, admittedly, it’s not often clear how you’re meant to play specific classes. There are basic explanations through quest storylines, but that’s really it. Players fortunately made a myriad of class-focused resources regarding how to best utilize your class. The best I can recommend is The Balance Discord server; while players are helpful, focus is often heavily placed on late-game advice. YouTube also has a ton of great resources.

Don’t like your class so far? Hold on, don’t make a new character! You can switch between classes pretty early on by finding the starter classes’ “Guild” headquarters throughout Eorzea. If you can’t find all of them yet, don’t fret — you’ll be able to travel between the primary three hub cities at about level 17 or so, or rather when you reach the quests of that level. I do recommend running at least the first Dungeon, Satasha, with your class before you decide to switch. At that point, you’ll be able to travel anyway.

That also means it’s possible to multiclass! Sadly, you can’t cross-utilize abilities between classes (though this used to be a feature). Still, multiclassing can be helpful later if you want to be helpful in friends’ parties and raids. You’ll need to do a little bit of grinding if you opt to learn more than one, since it’s impractical to swap multiple times while doing the primary story.

Once you’re well beyond these steps, there are plenty of other questions you may have about the game. What are Tomestones? Should I do Leveling Roulettes? We’ll talk about these in another post.

For now, take your time and try to see if FFXIV is right for you. And remember, if you aren’t having a good time, there’s no reason to continue playing. Go try out another MMORPG! While the story really does get better, many of the primary elements of the game remain the same, especially gameplay and multiplayer instancing.