If you’re a Final Fantasy 14 player, you know there’s a bit of community in-joking and lore about the Black Mage lore. But they’re just mad because they can’t be us. Explosions? Lightning? Cool shiny leylines we won’t move out of? Your entire static needing to adjust to you?

Truthfully, Black Mage is a consistently popular pick in FFXIV because it’s been relatively consistent in regards to its foundations and damage. Plus, a strong multi-enemy set of attacks that was already strong before got buffed in Endwalker, making it a great choice for wiping dungeon mobs. That doesn’t mean it’s without its reputation; it’s regarded as a bit esoteric and mystical in how it works. Long cast times for each attack, especially, make it hard for newer players to understand how to navigate increasingly-messier boss fights.

But don’t be scared—it’s actually not that frightening, and that’s what I’m here to help start to explain! I’ll be putting out the Guide to Black Mage for Hot/Cool Babes over the next few weeks unpacking this unusual job, starting this week with the foundations you’ll be utilizing throughout your entire journey.

More than anything, there are three main things to know about the Black Mage rotations, and these will always, always carry through. Because it’s so important, and because I get a little into over-explaining each, this article will solely cover those three things! I’ll get into some other stuff in future articles.

Stick around and keep reading to get a better idea of what you should keep in mind at almost all levels! Before we get too into it, I recommend opening up the official FFXIV Job Guide for Black Mage, and if you’re unsure what an ability is, look up the tooltip!

1. Rotate Between Fire And Ice…

Very early on, you’ll be given both Fire and Ice (Blizzard) attacks, plus the Astral Fire and Umbral Ice ticks and timer. It’s not just a cool schtick–each has its own benefits that enable you to do continuous DPS.

Having Astral Fire ticks, which are the little red crystals (or dots) on your Black Mage HUD actually multiplies your Fire attack damage: 1.4x for one, 1.6x for two, and 1.8 for three. That means once you get Fire 4, spamming it with three Astral Fire ticks actually outputs attacks of 558 potency, not the 310 listed. However, you outright lose your MP regeneration, with the exception of Manafont and ethers.

On the other hand, Umbral Ice ticks are known for restoring mana, but your DPS output isn’t going to be as strong, because you’re not getting that extra multiplier, at all, not even for ice attacks. The mana maintenance will be solid, but, come on, didn’t you sign up for this job for explosions? What kind of Black Mage are you trying to be?

For the best damage output, you’ll want to rotate between these: big damage on Fire, swap and recover mana on Ice, repeat ad infinitum until your enemies have perished. Thankfully! As hard as that sounds, there are tools for all this. Earlier in your rotation, until level 35, you’ll be using Transpose, which lets you flip between Astral Fire and Umbral Ice, with one stack of either to let you continue.

Then, by unlocking level 35, you’ll get Blizzard 3 and Fire 3, both of which automatically grant you three stacks of Umbral Ice and Astral Fire respectively without having to rebuild. When you combine that with Aspect Mastery, which allows you to flip between the two for free by utilizing almost any spell (except Flare) of the opposite element, you’re basically able to go straight into your big damage spam at zero mana cost.

At this point, Transpose should be used for either keeping up the timers in dungeons, or emergencies. And yes, that’s useful to know, because that leads to the next foundation…

2. …And Keep The Timer Ticking

Black Mages aren’t just screaming about movement because of their cast times or Ley Lines. In order to get the most out of their rotation, they have to maintain Enochian, which gives a boost to all magic cast, starting at 5% at level 58 and going up to 20% at level 86. This used to be an ability one would cast, but starting in Endwalker, they made it an automatically-applied buff trait, so all you have to do is keep casting.

Enochian always rolls when you have Astral Fire and Umbral Ice rolling, which will drop after 15 seconds. You keep it up by doing certain attacks and abilities, and there are ways to keep the timer ticking. In other words, the panic of a Black Mage is sort of about casting, but not just because losing damage sucks.

The reason it’s a puzzle is because of what actually ups the timer: In the case of single-target attacks, uses of Fire 1, Fire 3, Blizzard 1, and Blizzard 3 will do so. However, neither of the tier-4 attacks (Fire 4 and Blizzard 4), which do the most damage and are considered the “bread and butter” bits, actually re-bump the timer. 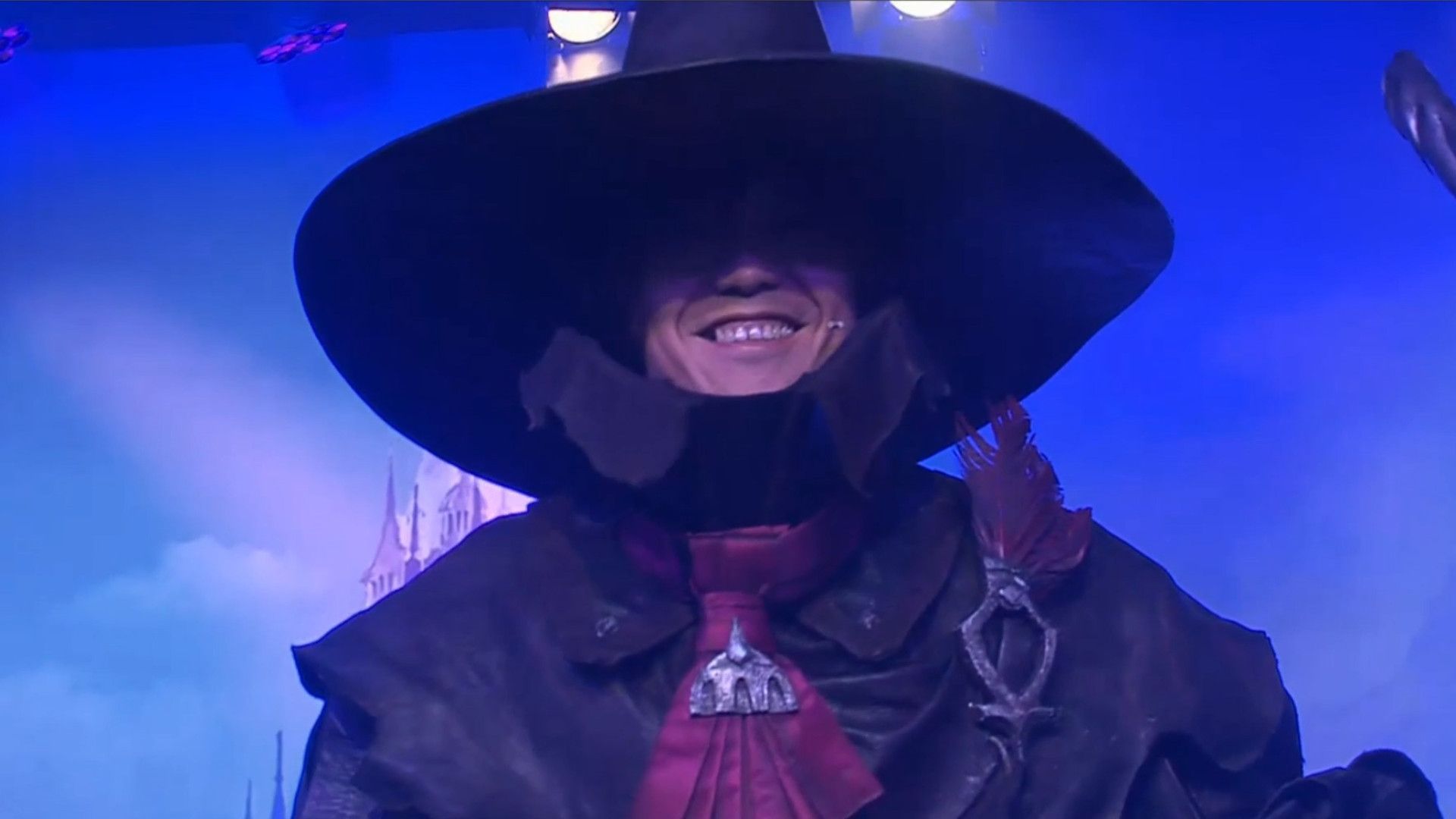 Any standard rotation you find online will help you keep the timer running, but it’s summed up like this: Until you get Fire 4 at level 60, you can easily maintain this rotation by spamming Fire 1, hit Fire 3 when that Firestarter proc hits, and then swap to ice for a few hits.

After you get Fire 4 at level 60, you swap to your Fire portion with Fire 3, then spam Fire 4s until you have about five seconds on that Astral Fire rotation, then hit Fire once and go back to Fire 4s. When you’re out of mana, you flip over to Umbral Ice, and then when your mana is all good and ready you flip back over. Alternatively, you can up the timer by swapping between elements, which is part of why transitions between Fire and Ice are important (as outlined in the last section), but you’re losing a lot of DPS in that process.

At level 76, you can also just spam Umbral Soul, but we’ll talk about movement/upkeep options in the next part, so this is just a downtime helper.

You shouldn’t have to worry about this so much when you’re doing multi-target rotations, as Fire 2 and Blizzard 2, as well as Flare, re-up the timer. Still, keep in mind that Freeze doesn’t re-up the timer, even if it does give you Umbral Hearts. Also, be mindful when your tank decides to sprint from wall to wall, because you still have those longer cast times.

Later on and probably just as importantly, if you can maintain this specific foundation, you’re rewarded with stacks of Foul and Xenoglossy every 30 seconds through the Enochian trait. These are two of the most powerful standard attacks in the game and are fantastic movement tools, so keep practicing this!

This one seems a little easier, but it’s actually pretty important. Any Black Mage variation of Thunder is a Damage Over Time (or a DoT) attack, which means that it’ll keep laying on attacks after that initial cast.

If you cast Thunder 3 once and let it run, it hits a total of 400 potency after both the initial damage and DoT damage are up, before the Enochian buff. That means it does more damage than a non-buffed Five 4 (310 potency) and certainly more than an Astral Fire-buffed Fire 1 (324), Obviously those Fire IVs are gonna be buffed, but given you’re rotating between Fire and Ice and throwing in a Fire 1 here and there, the Thunder makes up for many of those lulls in damage.

You don’t want to drop your Fire portion of your rotation for this; for a while, you can ideally place a Thunder cast in the Ice part. Once you get enough spell speed during endgame, you can fit one mana-wise into a well-paced Fire portion in lieu of a Fire 4.

You’ll also get Thundercloud at level 28, which runs a 10% chance at every damage tick that you’ll get a free instant, no-mana cast of either available Thunder ability. You’ll want to either use these at the end of the Thunder DoT timer, or, if there’s less than 5-8 seconds left in that timer, as a movement damage tool. You’ll be manually utilizing Thundercloud in later levels by casting Sharpcast beforehand, too, so there’s almost no excuse to lose Thunder for more than a few seconds at a time.

“Well, how am I supposed to move around while I’m casting?” Great question! And that’s actually what I hope to cover in the next Guide to Black Mage for Hot/Cool Babes. For now, my best advice is to learn what fight mechanics look like consistently throughout the game, read the abilities’ and traits’ tooltips, and enjoy the explosions!

Now, I’m not the best Black Mage in the world, so I won’t get into anything severely advanced when it comes to any of this, and I’m not just gonna break down every single level of rotations. However, Icy Veins has a great level-by-level rotation guide (sorry for linking out, MMORPG.com admins, until our owner starts FFXIVFire.com) so you can keep things moving. If you’re wondering about how to optimize your rotation or do anything truly advanced, I’d say The Balance has the best resources for that.

What else would you like to know about being a Black Mage Main? Let me know!