Cross-platform and crossplay are two major marketing terms these days. The easier it is for players to group up with friends on other platforms, the more developers can lord the progressive feature over titles that refuse to open their hearts to the masses.

For MMORPGs, cross-platform was rarely given much thought. After all, action bar grind-fests from the 00s just wouldn’t work on the consoles of the time. But today, with phones typically more powerful than the desktops we grew up with, the possibility of raiding well into the night and sourcing materials for the next on our daily commutes is real - and exciting.

So for those of us who want more flexibility in our MMORPG addictions than measly companion apps, here are five high-quality MMORPGs you can play at home and on the go, without some Cloud gaming subscription and a controller grip, too. 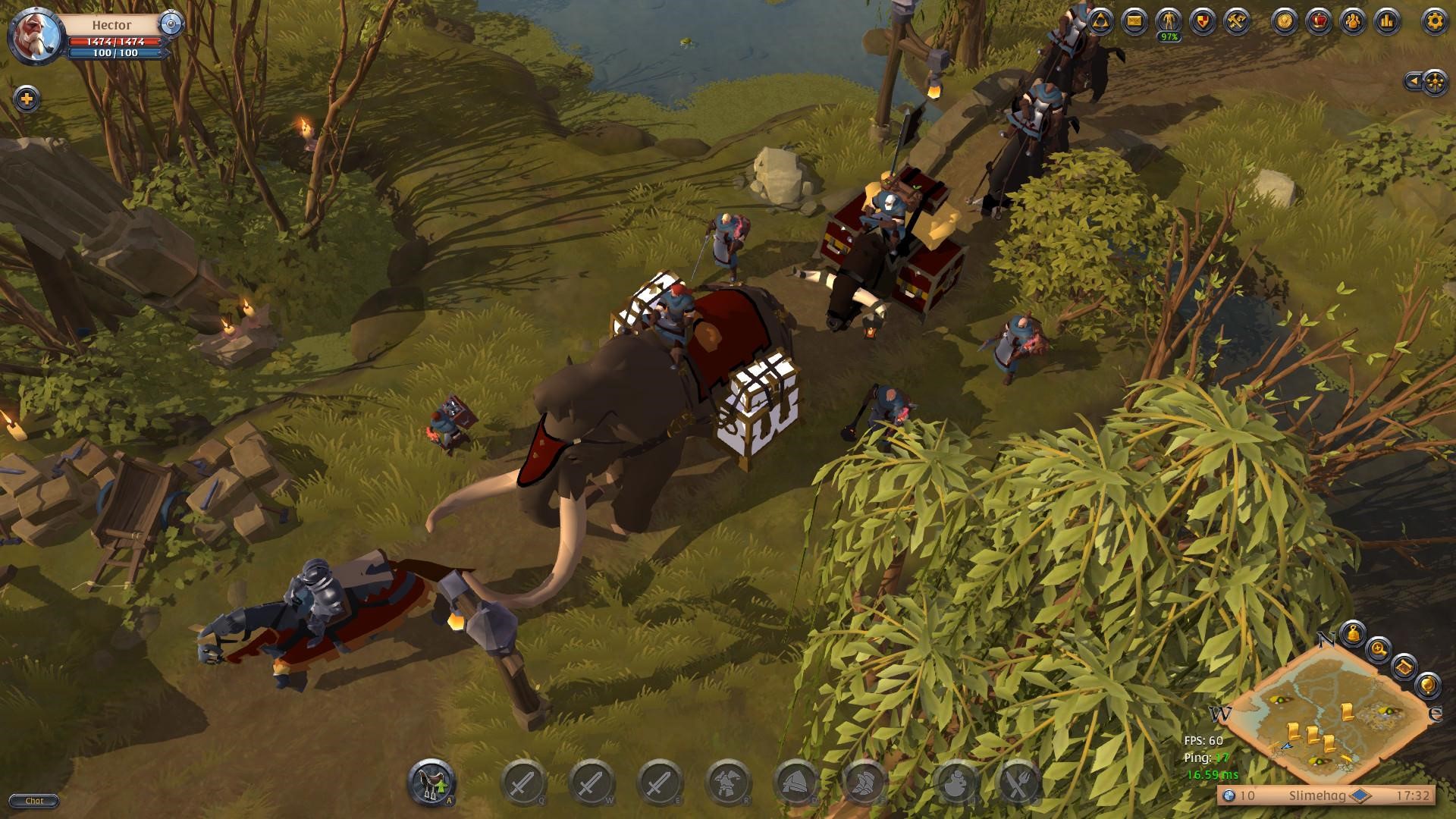 While certainly one to watch out for during its alpha and beta stages, Albion Online hasn’t spent much time in the spotlight since. And that’s sad. While not the most graphically impressive MMO in recent history, it was designed to be a more free-flowing game - one where you’re not tied down by arbitrary classes and silly things like gender locks. The decision to eyeball a classic look allowed the developers to target not just PCs, but mobile platforms as well - and they did. Sort of.

Even a little while after launch, you won’t find Albion Online in your phone’s app store. Whether that’s due to the developers not wanting to give Google a cut of the coin is unknown, but what you can do is head straight to their site to download a fancy APK and install the game yourself. Apple users are out of luck for now, but with at least one other platform to add to its repertoire, Albion Online fits the criteria of a cross-platform MMO. Live your life on PC, die on mobile.

A common sight in classrooms across the mid-00s, AdventureQuest and its spin-offs took bored children out of math class and into the fantastical middle-ages. It was a Flash game kids could play in their browser, its ease of access making it a closely-guarded secret by children on the playground vying to not have it noticed and blocked by the school’s IT crew.

Rather than fall to the wayside as battle royales and mobile ports of popular console titles clog up storage, AdventureQuest evolved into the 3D age, giving heroes of the current technological revolution a chance to pick up and play a new version of the game on the playground, while still finding a way to play it during class.

While the original AdventureQuest was never easy - it was pretty easy to land in hot water on a new battle screen - the look and feel of this 3D version is simplistic enough in terms of graphics and gameplay that you’ll have an easy enough time introducing this to your classmates, younger siblings, or even your own kids. Though the young’uns won’t be playing it through a browser in the middle of class. It’s Steam and Mobile only now. Oh, AdventureQuest. You’ve distracted generation after generation.

No talk of school distractions is complete without a mention of Runescape. Jagex didn’t make it big with the game until what is now known as Runescape Old School which grew in popularity seemingly right after its original version became locked to new players, becoming something of a myth millions of us still yearn to try today.

Runescape, all these years on, is still a unique kind of MMORPG. It’s hardly the epitome of self-expression when it comes to character and armor design, but its vast open-world, myriad non-combat skills to level, and relatively harsh death penalties make it feel like something that’s still ahead of the curve. Its successor, Runescape 3, feels far more modern by today’s standards, but the growing popularity of its borderline ancient predecessor shows how to very different games can co-exist.

Brave, unrelenting, and still massively popular to this day, the fact you can play the version that started it all or its newer, shinier sequel both on mobile and through your browser is still a sight to behold. Go out and farm some Green Dragons for me, would you? I need to earn half the Gold others make doing easier jobs in half the time.

You know, for a game developed by a group named after my all-time favorite critter, you’d have thought Villagers and Heroes would be placed firmly at the top of this list. It’s not a popularity contest for one, but my own inexperience with the title just meant putting it off a bit.

Villagers and Heroes has been around forever - in mobile terms, at least. Released in 2011, it’s consistently rated as one of the best mobile MMORPGs out there. It’s not the best looking by today’s standards, but by striking a balance between both Runescape and Fortnite’s cel-shaded visuals, it manages a timeless sense of personality more “realistic” MMOs lose a few years down the line. Gameplay-wise, it’s another exciting sandbox where combat isn’t the be-all and end-all of the experience.

If you’re not feeling one of the 10 combat builds, just spend your days mining or tending to your virtual garden. It’s one of those rare MMOs where you can live out your days helping feed and arm the heroes without ever really having to take on a boss yourself. Plus, it’s on Steam. More of these, please.

Now it’s time for the new kid on the block. V4, spearheaded by NEXON, isn’t the gritty shoot-em’ up its title and logo might suggest. Instead, it’s a fairly normal action-RPG that gives off plenty of TERA vibes just from its character creator. Combat-wise, it’s going to come across as more traditional that a free-targeting game like TERA, but with numerous camera angles to choose from, you can play it like anything from World of Warcraft to Diablo - neat! 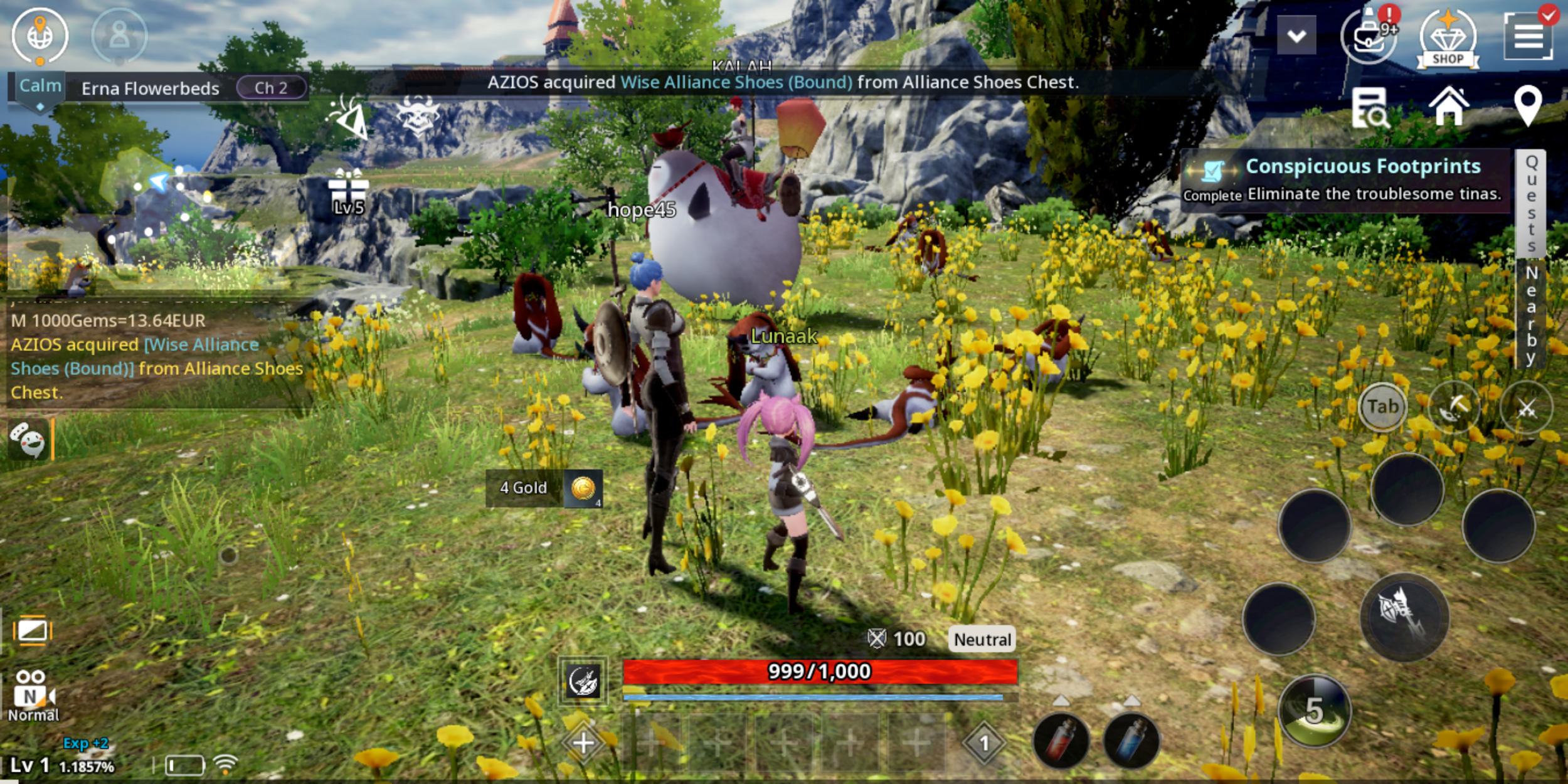 As even the trailer will tell you, there’s little more to V4 than combat. It’s a gorgeous world that my three-year-old phone can’t max out, but slap this onto a semi-decent PC with some proper anti-aliasing, and you’ll likely be pleasantly surprised by its dense and detailed landscapes. As is the case with most mobile MMORPGs these days, auto-play is all too prominent here. Love it or hate it, it’s here to stay, but you can toggle it easy enough with some tiny buttons atop your hotbar.

Cross-server PvP and dungeon runs are the bread and butter here, so if you’re less inclined to spend your days farming, V4 could be the cross-platform MMO for you. There’s no race other than generic human to choose from, and classes are locked to pre-made gender profiles, but so long as you’re ok with fairly limited individual expression, the classes on hand should please most. You’ve got your staple little girl with a gun blade, standard tall mage woman, hulking axe dude, and lanky swordsman. Uninspired? Sure. Efficient? Most likely.