Welcome back to the final installment of our series on the Falcon Northwest TLX gaming laptop. So far, we’ve looked at the machine itself, then we saw how well it handled AAA games and realtime raytracing with its RTX 2080 Max-Q graphics card. Today, we come to the final stage of our process, content creation. How does the TLX hold up as a portable streaming and video editing machine? Let’s dig in and find out. 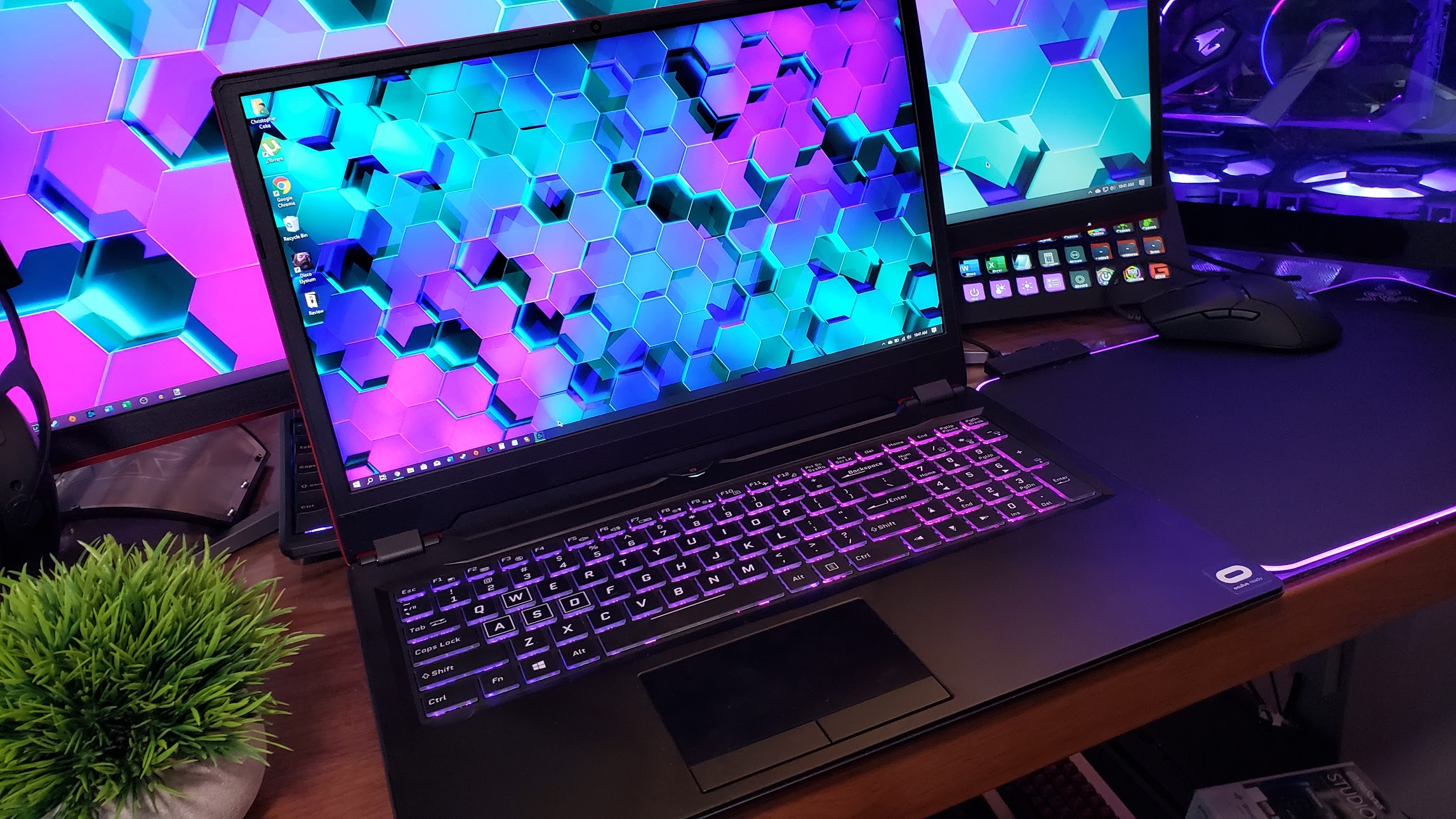 One of the first things any laptop buyer needs to ask themselves is what they’d like to do with it. In my case, I was looking for a desktop replacement: something I could game on at high settings but also use for streaming and video editing. To be specific, I wanted to play games and edit videos from my couch so I could spend less time shut up in my office and more time around my family.  For you, maybe that’s gaming and creating from a dorm room or school library, or even during downtime at the office.

Those are no easy tasks for any laptop, but the TLX is configured to tackle each with ease. It comes stock with an Intel i7-9750H, a 6-core/12-thread powerhouse of a mobile CPU. It doesn’t clock as high as a desktop part, but those extra cores and threads make a big difference in apps like OBS and Adobe Premiere Pro. It can also be configured to have up to 32GB of DDR4-2666 DRAM, which is enough even for moderate 4K editing in After Effects. Add to that the option for multiple terabytes of NVME and SSD storage, and you have quite the capable mobile creation machine.

Let’s have a look at how it performs in the most common content creation applications. 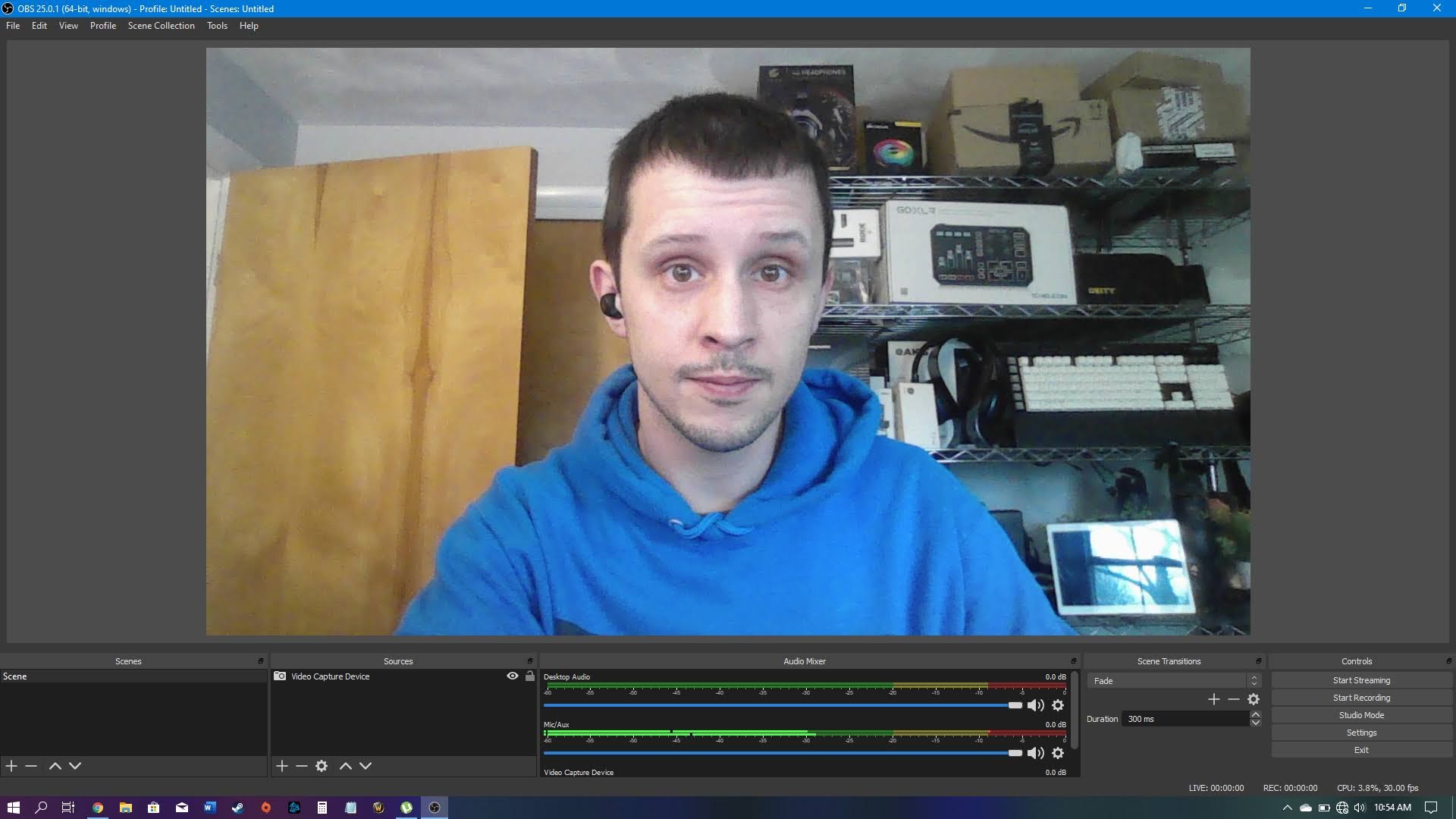 I’ve really pushed the envelope when it comes to streaming on the TLX. With recent world events, the TLX has officially become the secondary streaming machine for our local church. Using OBS, we’re running three separate external capture cards for multiple cameras and graphics from a second PC. We’re transitioning between nearly a dozen different scenes. We’re also running high-quality audio through the TLX and mixing it live to put on a professional production on almost no lead time. If the Falcon weren’t up to the challenge, everything around it would crumble, but it hasn’t, and we’re still serving our community every Sunday. Compared to the demands I put on it there, streaming a single game to Twitch doesn’t even make it break a sweat.

If you’re looking at a laptop for broadcasting, you can’t go wrong here. The TLX dominates.

The only areas you’ll want to look at upgrading are the built-in 720p webcam and mic. They’re both fine for things like Discord calls, but investing in a separate webcam and something like the ModMic 5 and the Logitech StreamCam are going to get you dramatically better results. But then, I’m sure Falcon Northwest knows exactly what you and I do: no streamer is actually going to use the built-in webcam and mic in their gaming laptop, which means that for their intended purpose, informal calls, they’re perfectly fine.

Over the last month and a half, I’ve spent many hours in Adobe Photoshop, Premiere Pro, After Effects, and Lightroom. When it comes to photo editing of any kind, the TLX  is smooth and seamless. Apps like Photoshop and Lightroom simply don’t stress this laptop in any way. My sample has 32GB of memory, which I’m sure helped, but even configured at 16GB with a lower-spec GPU, these applications shouldn’t present any problem whatsoever.

What really impressed me is how well the TLX handled video editing in Premiere Pro. The video above was shot using a mix of 1080p and 4K footage. Going in, I didn’t expect it to be able to handle 4K without dramatically slowing down. But, shockingly, the TLX did very well. At full resolution, I experienced some stuttering, but dropping the preview quality to 1/2 resolved most issues on the spot. For real: the TLX proved itself to be quite the capable editing machine.

Now, at this point, I should make it clear that I think working with 4K on this laptop should be considered out-of-spec. It’s a bonus, but it’s not something that Falcon Northwest is even playing up right now. It only has a 1080p screen, for one, so clearly doing detail-based 4K editing isn’t going to fly. Likewise, working with such large files takes up more storage space and is harder to render. My point is simply this: it can do it. If you’re in the business of working in a 1080p timeline, you can import those 4K clips, scale them down, and add them to your project without second-guessing yourself. If you create proxies, you won’t even need to worry about turning your resolution down.

Where the TLX shows its limits compared to a desktop is in rendering time, but as someone who usually takes renders as a good opportunity to take a short break, I didn’t mind at all. The video about took about 17 minutes to completely render — a time which was made longer by the use of multiple transitions, color grading, and the mix of 4K and 1080p footage. Rendering a straight 1080p gameplay clip of this length generally comes in around 11-12 minutes, depending on specific settings. 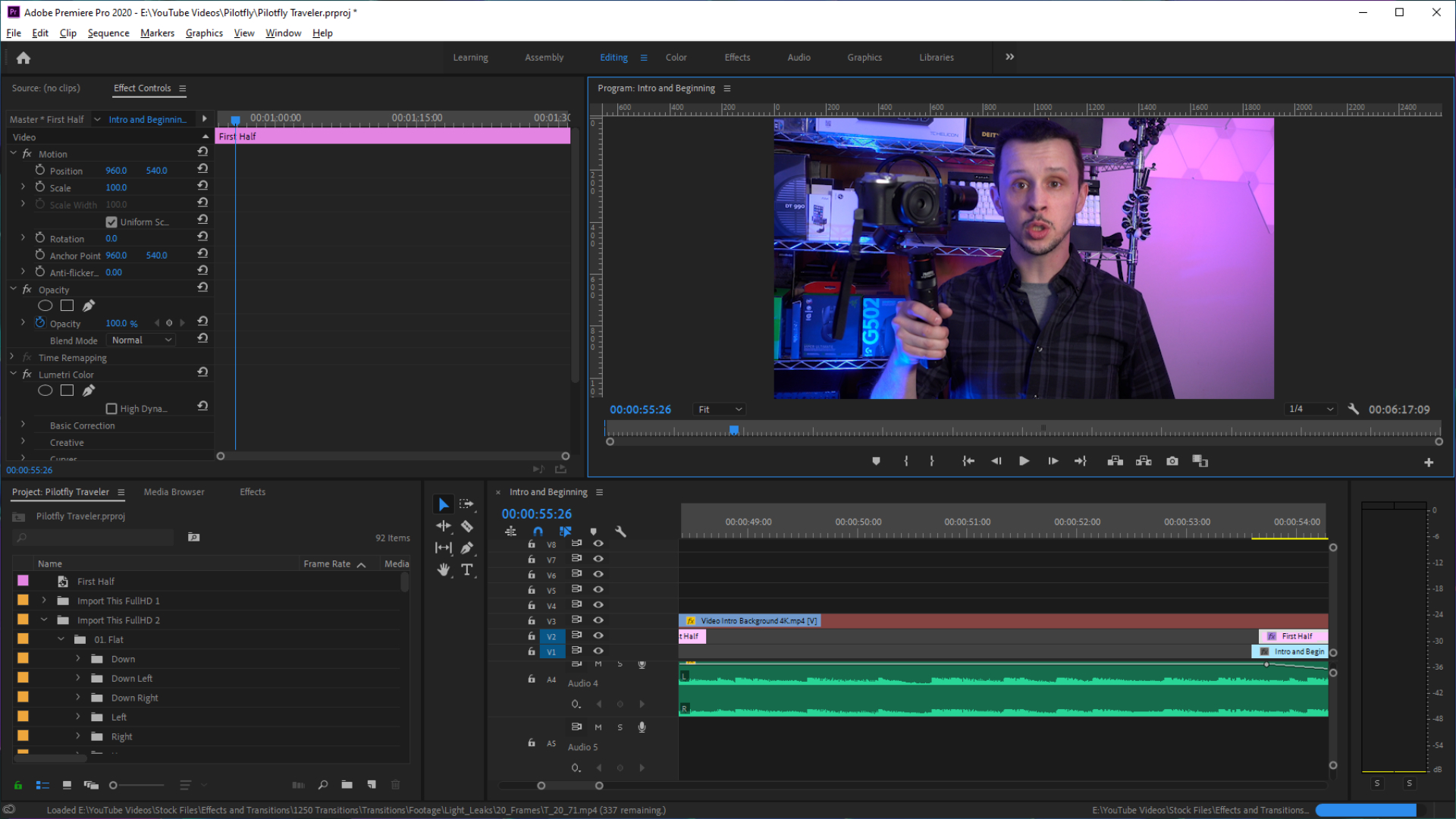 The only application which really seemed to struggle was Adobe After Effects since it needs to render following every change. Likewise, it’s also a very RAM hungry application, so if you choose 16GB, you may find yourself hitting that limit.

All thing considered, however, the Falcon Northwest TLX is a very impressive system for content creators. I never ran into a situation that the TLX couldn’t handle, even when pushing it beyond what most people would even try on a laptop. That’s stunningly good.

That said, to make the most out of a mobile content creation rig like this one, I would highly suggest picking up a few extras, apart from the webcam and mic. The first is a mouse. The trackpad on the TLX is excellent, but a finger just isn’t as good as a mouse for creating content, especially in Photoshop.

Likewise, you’ll want to pick up a USB hub. With only two USB 3.0 Type-A ports, and two USB 3.1 Type-C ports, you may find yourself coming up short. I picked up this 4-port USB 3.0 hub from Aukey for $10.99 it’s worked wonderfully and freed me up from plugging anything into right side near my mouse. 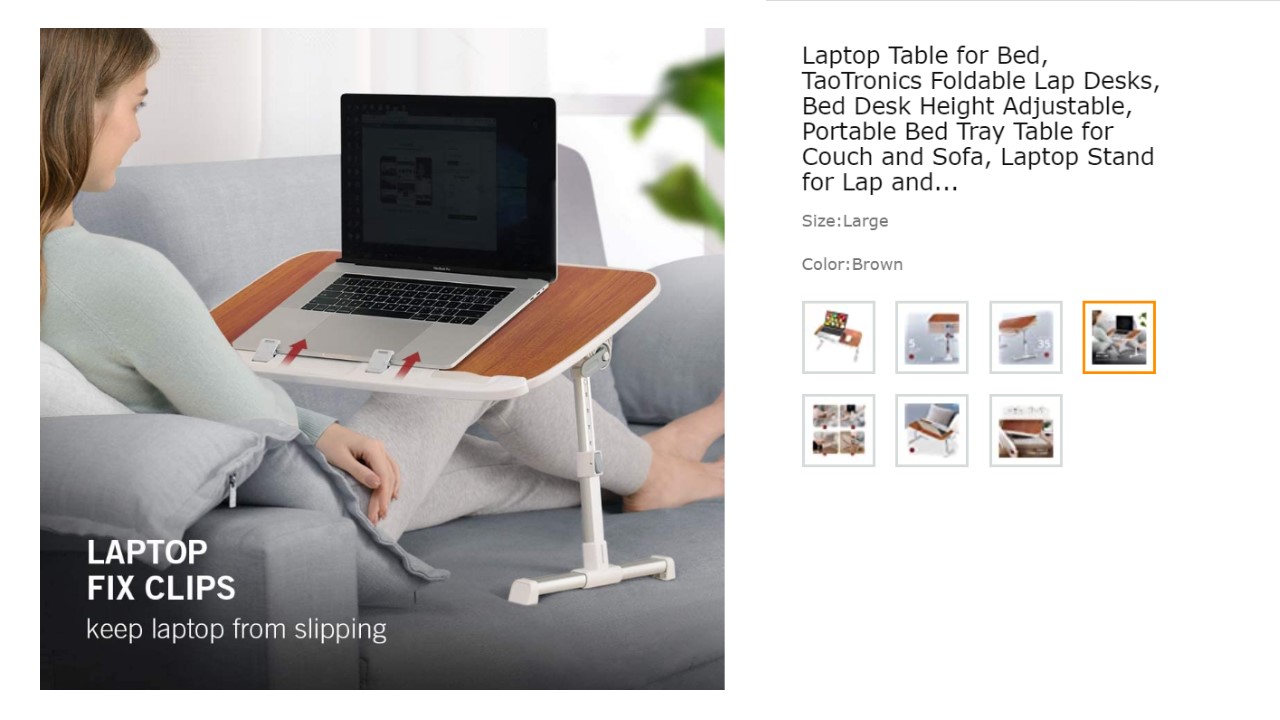 Another thing I picked up was the TaoTronics Lap Desk. It’s height and angle adjustable The large size offers enough side for the laptop and enough space to game with a mouse. Simply moving the TLX from my lap to this desk allows temperatures and fan speeds to stay lower, too.

Finally, I mentioned this before, but I’ll recommend it again: picking up a good cooling mat is a smart move. The TLX doesn’t become dangerously hot, but shaving off a few degrees allows the CPU to achieve higher speeds for longer. I chose the IETS cooling pad, which has worked very well. If that’s too big, the OPOLAR exhaust fan also worked quite well. 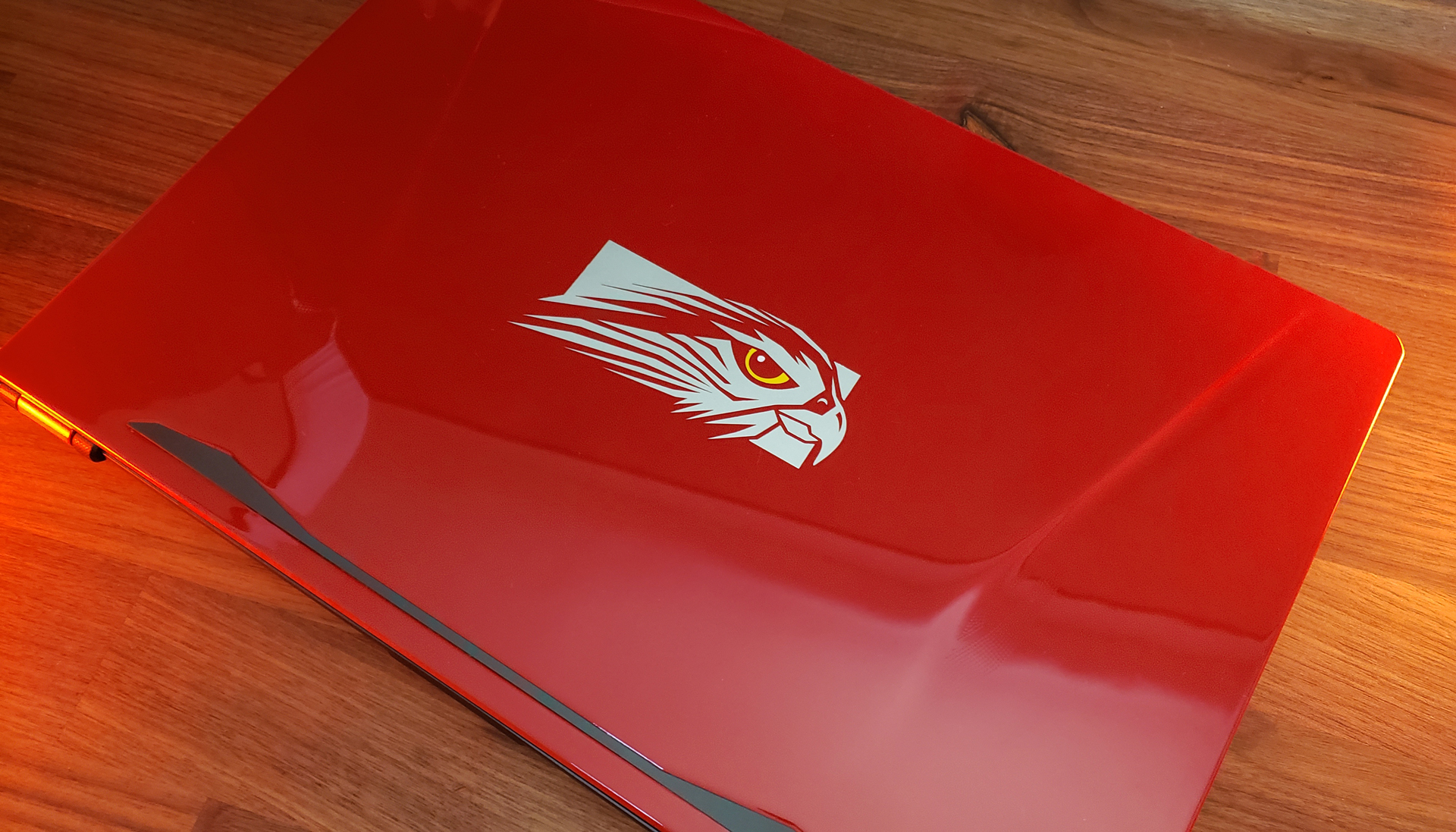 Throughout each phase of testing with the Falcon Northwest TLX, I’ve been blown away. No matter what tests I put it through, it passed with flying colors: gaming on ultra settings, raytracing, 1080p and 4K video editing, streaming… this laptop gives me 95% of the power of a full-blown, high-end gaming desktop with the freedom to take it anywhere. While there are still situations where I choose to use my desktop, the freedom the TLX provides has made an absolute believer out of me, a former desktop devotee. I now use a laptop every single day and can both work and play without isolating myself off from the people I love or the demands of my day job. I just couldn’t be happier with how useful this thin and light machine really is.