The newest World of Warcraft expansion, Dragonflight, launched one week ago. By all accounts, it has a huge lift to do following Shadowlands, an expansion that not only faced a glut of controversy in the story and pacing of content but also saw a whole lot of the news of a lawsuit regarding the working conditions at Activision Blizzard. With this in mind, how did the launch go, and what is the expansion like a week into it? Let’s take a look.

Launch, as is the case with most large MMO expansion drops, had some issues. I was lucky on the first day that I made it onto the first zeppelin over to Waking Shores and had no real issues at all. However, some of my fellow guildies who were watching my stream quickly let me know that although the zeppelin had shown up promptly, the Alliance boat hadn’t. The timer for it expired, and there was still no boat. 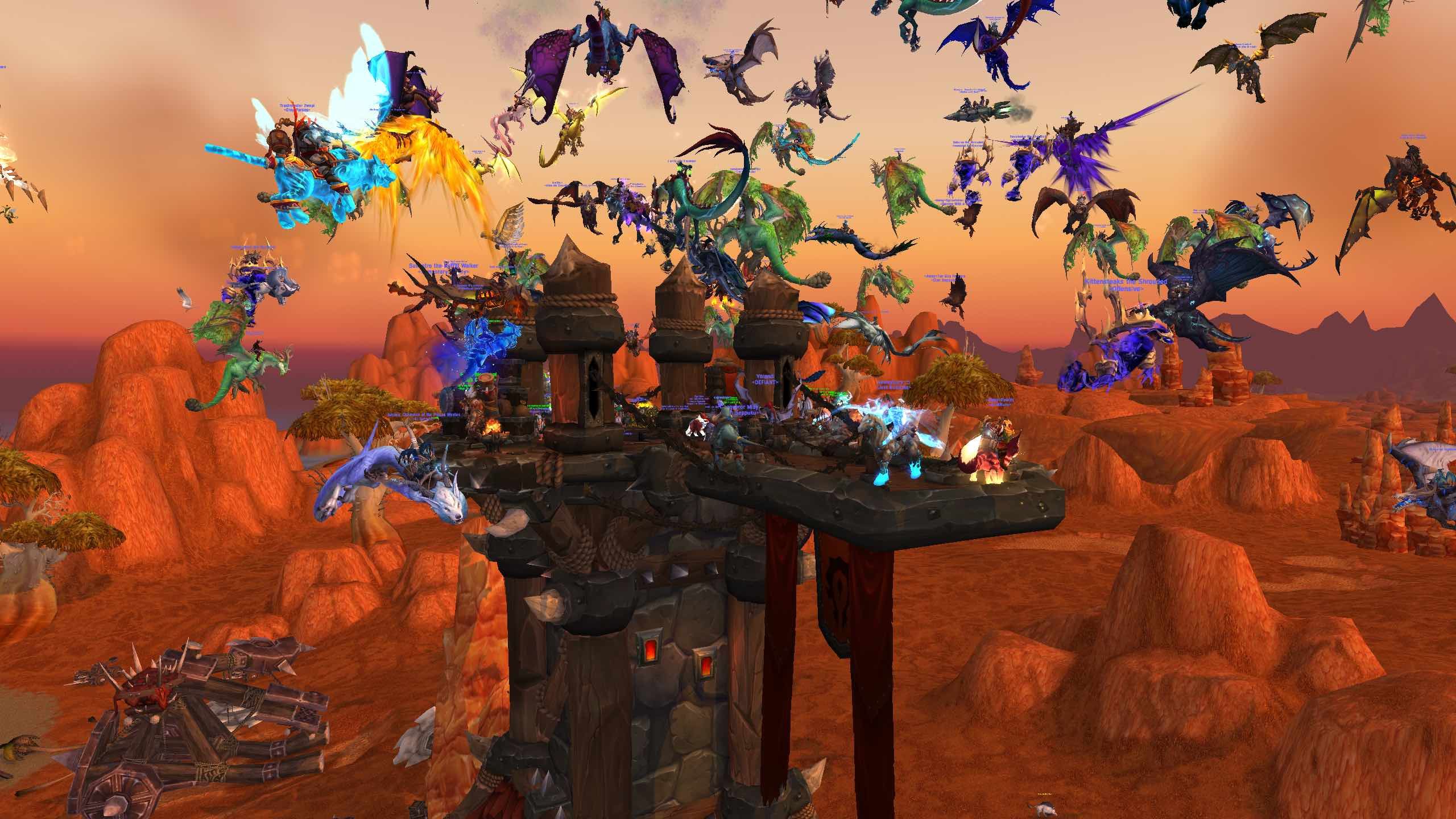 Shortly after this, a portal showed up on the docks, and some people were able to use that to make it to the Waking Shores. However, for others, the portal gave them a loading screen and either put them right back at the docks or DC’ed them. It always seems like no matter what, some people just won’t be able to play on the first day of an expansion. Thankfully at this point, a week later, all the boats seem to have gotten things together, and starting your DF adventure isn’t a huge task anymore.

There are still some points where lag is still an issue, especially in the Azure Span, but the other zones seem to be stable and have no real issues. Part of the reason Azure Span is still having issues is that as more people hit max level, more are heading to the Cobalt Academy, and unfortunately, it also means this issue isn’t likely to get better anytime soon without intervention from Blizzard.  I have had some random DC’es, and when those happen, logging back into my character has resulted in immediate crashes, until things suddenly start working again. I haven’t been able to figure out any pattern with those either, so no idea what is causing it. Thankfully the crashes and DC’ing don’t happen often.

Aside from the tech issues, playing Dragonflight has been an absolute blast. The removal of borrowed power or needing to grind reputations or renown to get stat bonuses has meant I can focus on things that sound interesting to me rather than what I need to do to get raid ready. If I want to focus on doing the dragonriding races, I’m completely free to do that, but if I rather roam around and do side quests, that’s also completely fine. A huge part of why this is such a breath of fresh air is every zone is packed with all kinds of things to find and really interesting side quests. I even found myself running around on the ground in raptor form a few times just to check things out a bit more. 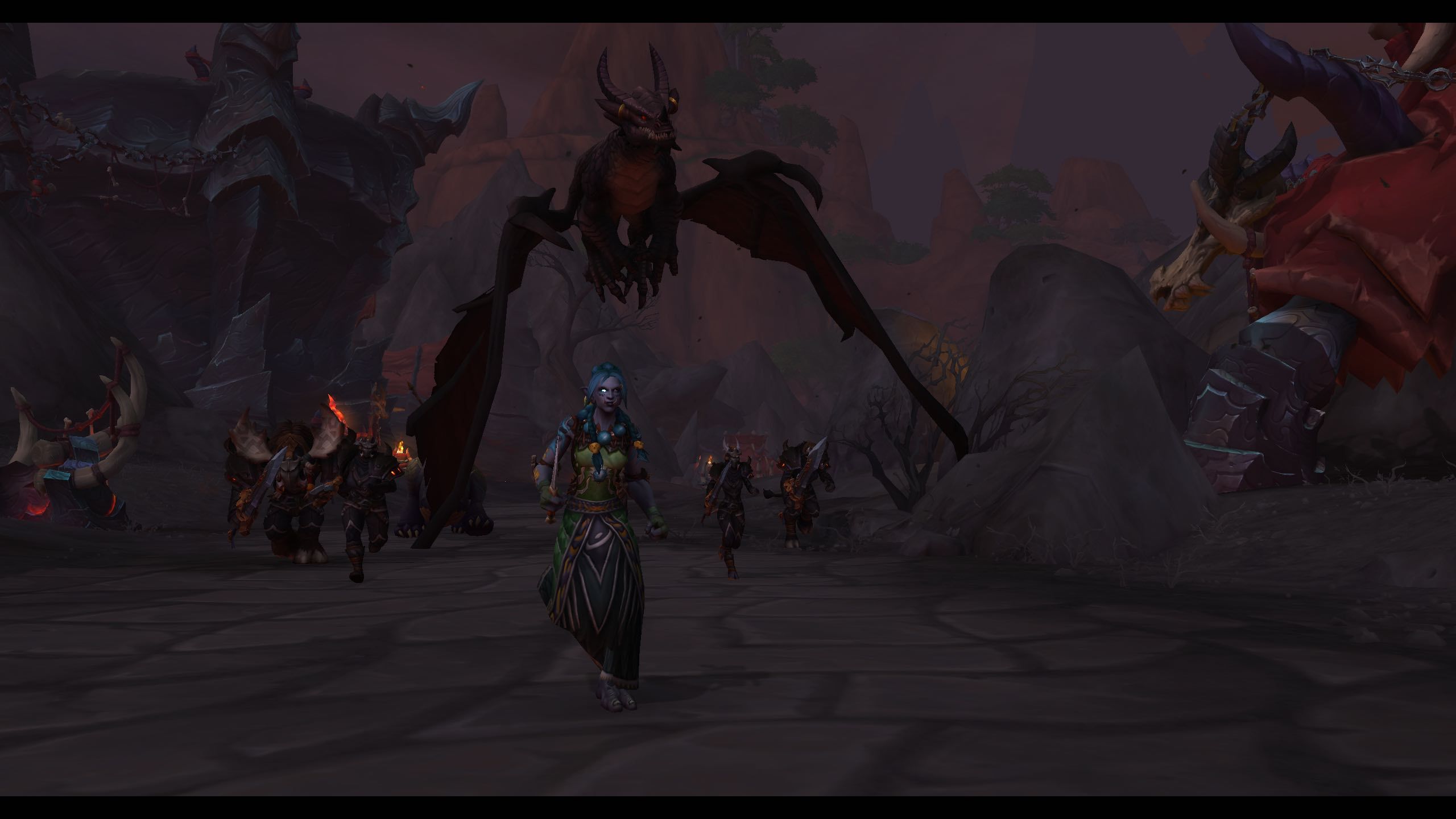 One of my favorite parts of leveling was when I got lost in Ohn’ahran Plains for two days; because the zone was so enjoyable, I was happy to stay there. Since this zone is the home of the green Dragonflight, I knew I was likely to enjoy it, but I didn’t expect to enjoy my time with the centaurs nearly as much as I do. Early in the campaign in Ohn’ahran Plains, there was a section where I had to follow along with the caravan, and the whole point was to travel with them. At first, I was a bit annoyed by this, but then I realized I could ride one of the dogs, which was a genius move by the dev team. Riding one of their dogs not only helped me feel like I was part of the caravan, but it also freed me up to enjoy the scenery and actually listen to the dialogue as it was happening. This was the beginning of me getting completely sidetracked by the centaurs.

Soon after the caravan, I found myself ignoring the main campaign and happily roaming around looking for the various side quests. I helped two centaurs propose to each other, chased some chickens, helped an initiate help her friend out, and so much more. As good as the main story is, the side quests are where the world-building of Dragonflight truly shines. They filled in some more of the blanks about what life in the plains is actually like and were genuinely interesting. All the leveling zones have great side stories to them as well; Ohn’ahran Plains was just the first zone where I allowed myself the freedom to explore a bit. Hopefully, these various side stories will continue in future updates as well. It would be a shame to set so many interesting characters up only to drop the ball later on.

In addition to the wonderful side quests, I also spent a lot of my time in Ohn’ahran Plains, perfecting the various dragonriding races and finding all the dragonriding glyphs. One thing which surprised me a bit with the races was that in the Waking Shores, all of the races had the guideline to show where I was heading next; however, in Ohn’ahran, there were two where I was free to go through the rings in any order. At first, this was a little daunting, but I quickly started to enjoy the process of figuring out the best way to get through everything and back to the start quickly. There was also one race that followed very closely to the ground… which resulted in me unceremoniously crashing into the ground quite a few times. Even with the mishaps, I have enjoyed doing the races immensely. 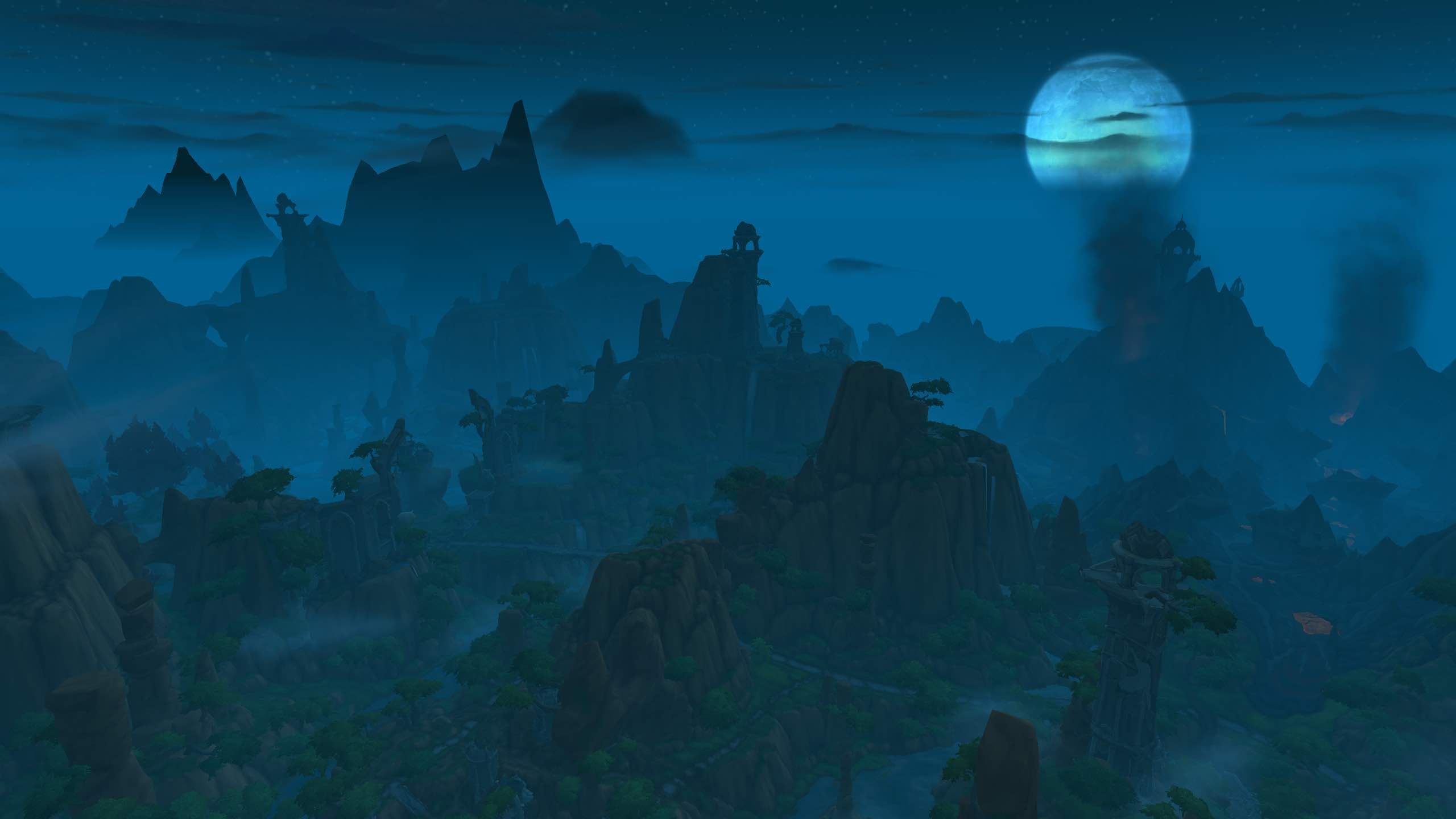 I’ve also enjoyed leveling up my leatherworking (skinning was a snap to get maxed), and the specialization process is interesting. I like that I can look through the various trees in each specialization and see what I get for it without going to an external website. I also, surprisingly, like that the point spends are permanent, and I can’t instantly max it out and learn everything. I’m enjoying the overall process, though my main use of leatherworking is to make things from my fellow guild members. I imagine if my interest was mostly to sell things and make money, I’d be annoyed by the slower pacing of things.

Work orders have also been interesting, though it needs some refining. One of the biggest issues is when placing an order, I can look through everything and place an order for something which it’s impossible for anyone to currently make. There’s nothing in the game to signal the order is in vain. Hence, most of the orders I’ve seen are for things no one can make because they either come from the raid or require a renown level it’s currently impossible to reach. I also wish that I could filter the placed work orders down to only see what has been ordered that I can make. Currently, the only way to do this is to click each item I can make separately and search for each item. This is extremely tedious and feels like a toggle for known patterns would be a perfect solution. To my delight, though, we did discover personal orders can be placed cross-faction. Whoever decided to make that work, thank you. As someone who is the opposite faction of the majority of my guild, having this be a thing has been wonderful. (Cross-faction guilds when?)

Overall, I’m enjoying the hell out of Dragonflight. So much so that I can’t remember the last time I enjoyed playing this much and felt the freedom to do what I wanted as opposed to feeling like I needed to do specific things to be raid ready. I honestly don’t think I’ve enjoyed playing WoW this much since I started playing back in February 2005. It isn’t perfect, and the lag in Azure Span is terrible, but it is an amazing start to a new expansion.