Wild Terra 2: New Lands is a sequel to Wild Terra Online by Juvty Worlds, released in 2017. Five years later, New Lands seeks to offer a fresh experience with revamped gameplay mechanics and tons of new content. The game launched with mixed reviews. While the developers have taken strides to solve many of the pain points brought up by players, the game needs several improvements if it wants to survive in the hypercompetitive MMORPG space.

The tutorial takes almost two hours to complete as you go through the basic mechanics of the game and get accustomed to the combat system. At launch (early November), the game felt unplayable due to desync issues even in PvE but that has changed for the better in recent times.

The first thing I noticed when opening the crafting menu for the first time is that the game expects you to grind an unrealistic amount of materials to level up. Crafting an item can take you several hours in some cases as resources are not readily farmable. It is not the grind that put me off early in the game.

If you want to master your beast-taming skills, you might need to tame hundreds of beasts but there are only a few dozen available throughout the map. Not to mention, other tamers are also on the server which means you end up having to compete for resources. If resources were readily available, the grind would not feel as disheartening. If resources are more readily available in future patches, the crafting system will not feel as time-consuming.

The food management is very engaging and while a lot of players do not enjoy being forced to monitor what they eat to stay nourished at all times, the game does a good job of mixing survival and MMO elements into a single package. The NPC mobs are challenging enough to offer a nice level of difficulty and even as a player who just wanted to try out the game to get a feel for things, the experience was enjoyable during the early game.

One of the things I really enjoyed about Wild Terra that is present in the sequel as well is that you can have ownership over some of the land in the game. In your Dominions, you are the master and you can even let other players stay in your land. There are crafting and building opportunities available in these little spaces and you can even trade items.

The only unfortunate thing about this system is that the servers are not very populated and if the game had a bigger community, the world would feel alive. Right now, there is no real threat to your buildings and it takes away from the survival elements of the game.

The survival elements in the game make it important for you to manage your resources and you do not want to get caught out by other players waiting to pounce on you. Thankfully, there are places where PvP cannot be commenced so your hard-earned loot is not always at risk.

While I do not mind the PvP and survival elements of the game at all, a lot of players on social media platforms have been requesting PvE-only servers and I understand why. If PvP combat would be more fleshed out, the survival elements would not feel as daunting. But with players actively camping unsuspecting newbies, it can take away from the player experience. 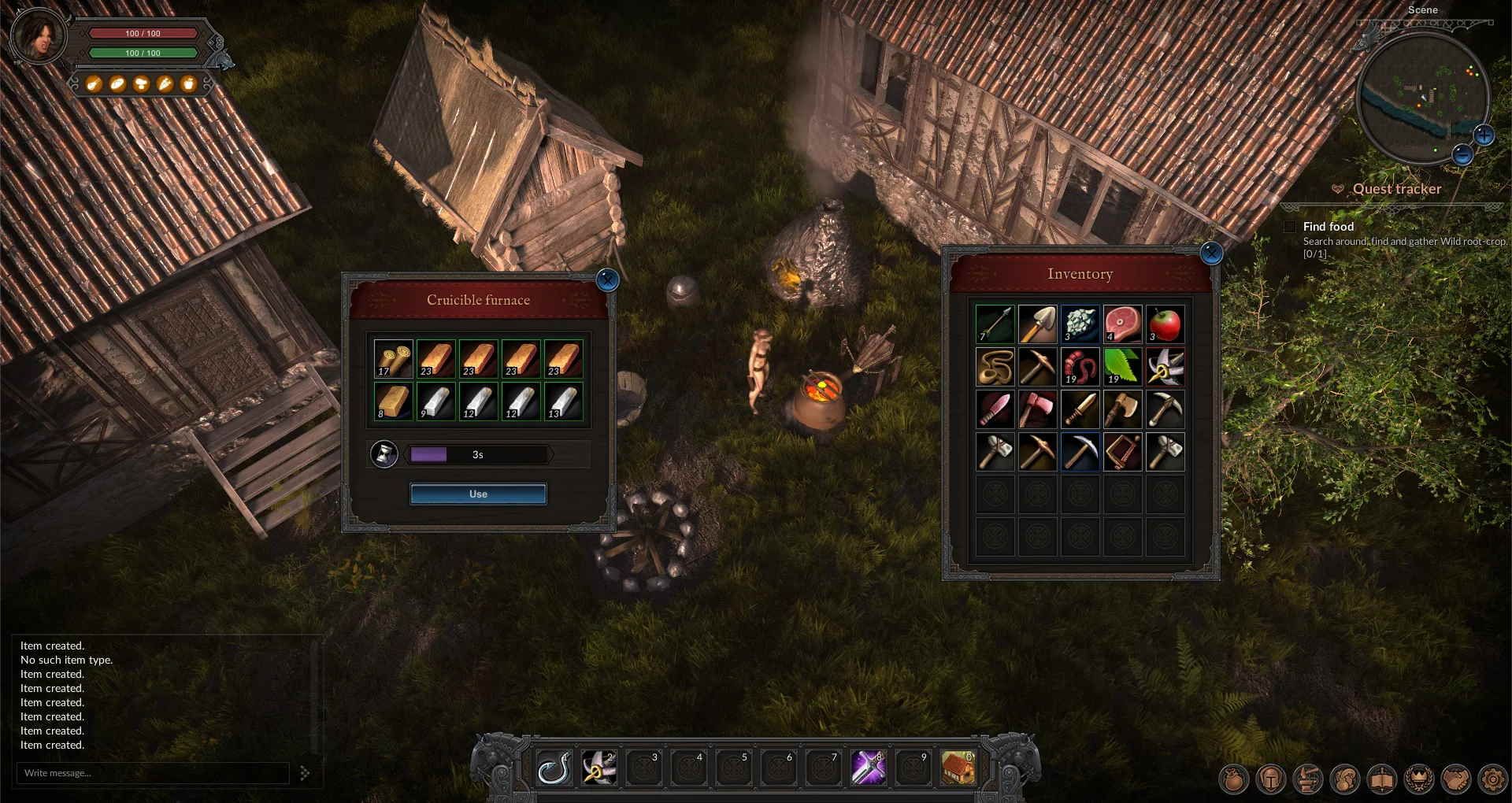 The enemy design feels very inconsistent throughout the game and there are underlying issues that keep the endgame experience from feeling fun. When you hop into a boss fight, you have to just hope that you do not get hit and most of the time you will come out on top just fine. But in other runs, you will find yourself getting smacked to death in just two hits. The game does not allow you to recover from stuns in any way and you can get chain attacked to death if you have bad luck.

Crowd control abilities stun and other forms of disruption are almost nonexistent in the game which makes fights very frustrating. More important, there is a lot of server desync which has led to the experience being less than ideal. You have to hope enemies do not perform their hard-hitting attacks in a row as you spam right-click on them and that’s essentially the gist of the combat.

When hopping into PvP games, most of the time you will run into enemies that spam poison arrows, and you get chipped to death without being able to close the gap. Some builds have proven to be obnoxious and you are bound to lose if you are a melee user. Ranged combat is rampant and the only viable melee build right now involves the use of backstab mechanics. With no means of recovery from stuns as we discussed earlier, the combat system feels shallow and unrewarding.

Another issue I noticed with the PvP is that the combat and safe area distribution is not refined. You can very easily camp other players to defeat and loot them and then run into a non-combat zone in seconds. There is no counterplay to this and if a player wants to respawn and challenge you, there is no way to do so.

Should You Play Wild Terra 2?

While Wild Terra 2 does have aspects that make it fun, it is very hard to recommend it over other isometric sandbox MMOs. Runescape, Ultima Online and Albion Online are other titles that you can consider if you like the genre and want to experience similar gameplay. It has only been two weeks since the game was released and the developers have been communicative and want to address player concerns. But the title has a long way to go and you should wait for a few patches to see if New Lands is worth playing long-term.