Umbar. The Corsairs of Umbar will be a feature in the next expansion in The Lord of the Rings Online, but it won't be because they are harassing the coast of Gondor at the behest of Sauron during the lead-up to the Battle of Pelennor Fields. Instead, it looks like players will be going to Umbar as part of the next expansion.

To me, this is incredible, as it's one of those regions that has such significance to the lore, especially in Southern Gondor, and the history between that Kingdom and the southern parts of Middle-earth is not often explored in Tolkien's works. Umbar has been talked about in The Silmarillion and was the place where Ar-Pharazon the Golden, last King of Numenor stood and challenged Sauron in the Second Age of Middle-earth. The Numenoreans used the natural firth and harbor to build a stronghold here to challenge Sauron as his power grew in the waning days of the Second Age.

Like Arnor and Gondor, it was a state set up by the Numenoreans to project power, but unlike the former mainland kingdoms, it was established by those Men who worshipped Melkor, and as such, it wasn't necessarily a place of refuge for the exiled Numenoreans after their isles downfall.

There is so much that can be explored here that it has me excited. The Lord of the Rings Online has shown a penchant for putting players into flashback scenes before, notably during Mordor's story which sees you take the role of a soldier during the Battle of the Last Alliance and play out part of the siege of Barad-Dur. Could we potentially see the same thing here where we explore all that the main books and appendices have to tell us about Umbar, Harad, and its history?

The stronghold changed hands during the Third Age, being captured by Gondor and held as a stronghold of those people for 500 years, including the land of Near Harad in Gondor during that time. There is a lot there that the developers can play with, including maybe putting players into roles of soldiers in not just King Earnil's army, but maybe seeing the Kin-strife and betrayal of Castamir the Usurper, as well as exploring how the Corsairs of Umbar came to be.

We also know that during the Fourth Age (which is where we are now in LotRO's end-game timeline) Aragorn, now King Elessar forces Umbar to submit to his kingship, along with much of Harad. Could we see this play out as well?

The "smell of salt water" is a phrase that lingers (much like the smell of salt water itself) in my head as I think about where The Lord of the Rings Online could be going with this expansion. How in fact will the player get to Umbar? Currently there is no land connection in the MMO from Gondor to the stronghold of the Corsair Kings, so there really are only two options.

First, they could simply be adding in the areas in between the Lebennin in Southern Gondor and the Haradwaith which houses Umbar itself. This could create a land bridge you would need to simply walk there.

But given Umbar's history as a seaport for both the Numenoreans and Gondorians (and eventually simply the Corsairs of Umbar), crossing the Bay of Belfalas would be more exciting. Firstly, it gives players a real taste of that Salt Water air, but it would add a more dynamic way of traveling to Umbar than simply jumping on a horse and riding south.

Sure, traveling the land of Harondor would be compelling, and this is why I think Tolkien fans who enjoy the MMO should be incredibly excited. But wouldn't it also be awesome, from a gameplay standpoint, to slip the bonds of the shore and travel South to Umbar the way many Gondorians and Numenoreans of old likely would have?

That would ultimately require whole new gameplay systems to be worked out unless the team would simply be adding a fast travel boat that ports you right away from Dol Amroth to Umbar across the bay. But if the team were to build a new gameplay mechanic that sees players chartering a vessel, or better yet, getting their own, it could revamp travel in LotRO in a meaningful way.

Then again, in a perfect world, we would get both: Let us explore South Gondor and Haradwaith as well as sail the Belfalas to explore Umbar in its fullest.

Why Tolkien Fanatics Should Be Excited

One of the things The Lord of the Rings Online team has done well over the last 15 years, better than any other adaptation, is building an incredibly compelling and well-realized version of Middle-earth. Movies and television shows can draw you in with set design and the look of the world, and by and large they do. But LotRO's portrayal also allows you to explore every nook and cranny, travel from Breeland to Minas Tirith in a day if you truly wanted to, and so much more.

This level of interactivity lends itself well to those of us who are fans of not just the MMO, but the Legendarium at large. Exploring some of the most iconic places in Middle-earth is nice, but jumping off the beaten path and venturing elsewhere is where LotRO, for me, gets even more exciting.

Sure, those first moments walking into Moria back in 2009 were breathtaking, and seeing the Golden Hall of Meduseld rise above the horizon in Rohan made me stop and just take in what I was doing. That first descent into the Valley of Rivendell, seeing the Last Homely House come into view was magical. 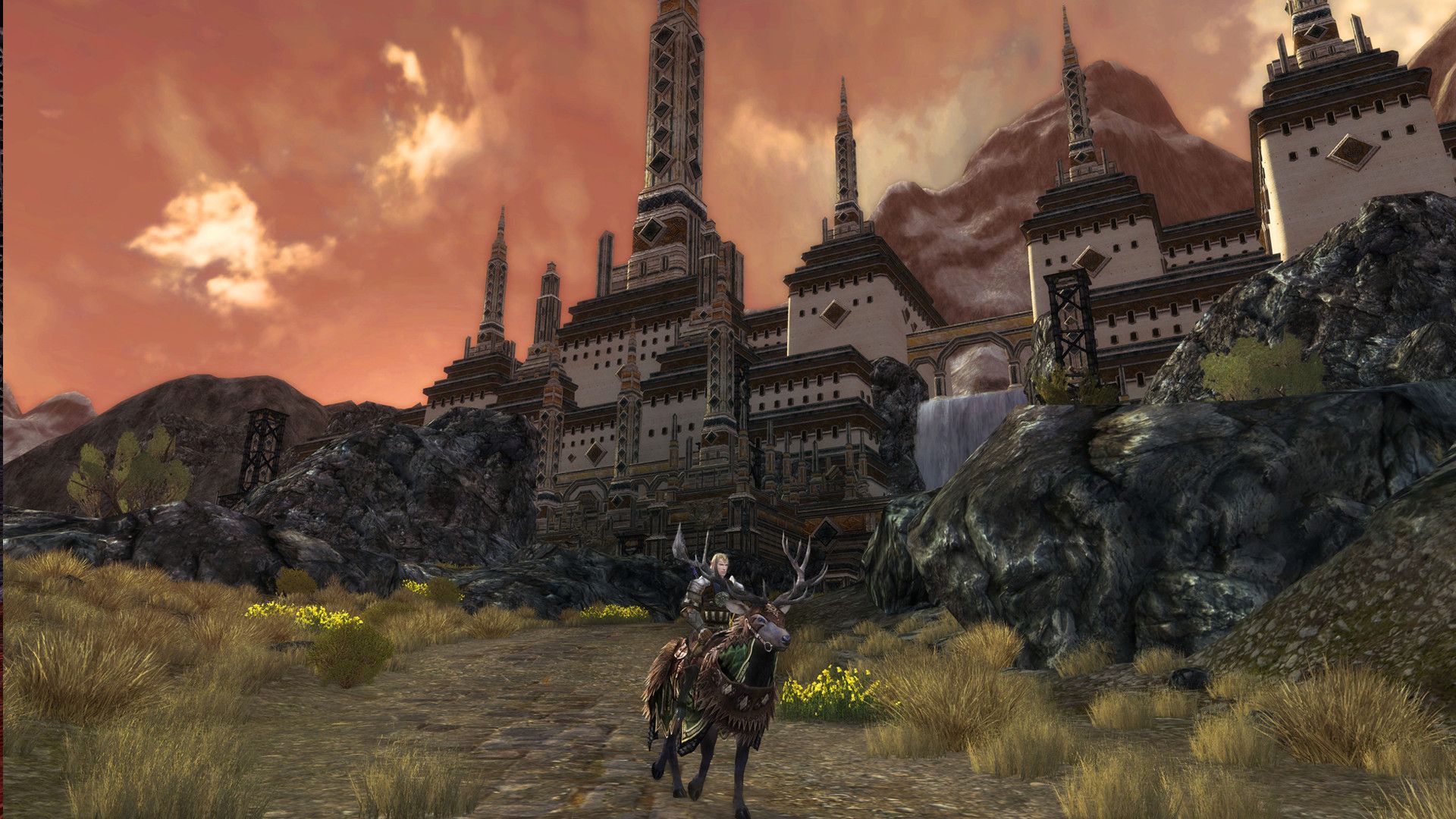 But there is something equally magical about exploring an area only spoken about in passing in Tolkien's work. We've seen The Lord of the Rings Online do this to a degree from the very beginning. From Evendim and Forochel in the early days to Dol Amroth and Gundabad recently, there are so many locations that are only hinted at or spoken about in an appendix to the story that never get their due. Umbar, and Harad by extension is the next place on that list to be given the treatment.

And for me, as a Tolkienist who loves every aspect of the world Tolkien created, being able to not only read about it in the books, but explore these areas and see how they are interpreted by other fans of the work really keeps me going in this MMO. This is where the magic lies in The Lord of the Rings Online now: the unknown areas of Middle-earth that aren't as oft traveled.

Now, will we see the fullness of Harad? We don't know yet. Will we be able to sail across the Bay of Belfalas ourselves, navigate the natural harbor and see Umbar's docks, built by the Numenoreans those millennia prior, come into view as we land? We will see. But the prospect of potentially doing so, and seeing a truly new location in The Lord of the Rings media come to life is exciting as both a gamer and a Tolkien fan, about equally.