In the heart of every star system, there is, unsurprisingly, a star. This is as true in the virtual universe of EVE Online as it is in our own. Most of the time, EVE’s stars are passive background pieces to add life to the universe, and give players exciting backdrops for their space battles. They don’t really serve any purpose in-game, and they are almost completely harmless to player-owned spaceships.  Yesterday though, it turns out these sleeping giants have some very sharp teeth if they are forced to wake.

For several weeks now, players have observed a structure called a “Stellar Transmuter” being built and activated by the Amarr NPC Empire, in the star system of Turnur. This transmuter bore a strong resemblance to the ones that the Triglavian NPCs activated around the galaxy leading up to the collapse of 27 star systems into a new sub-space region known as Pochven, changing EVE’s galactic geography forever.

Last week, CCP Games published a new edition of “The Scope”, an in-universe news program that describes the game's unfolding lore, alongside a blog post that informed players that the star in the Turnur system had been “destabilized” and that it would reach a “terminal phase” on November 2nd. 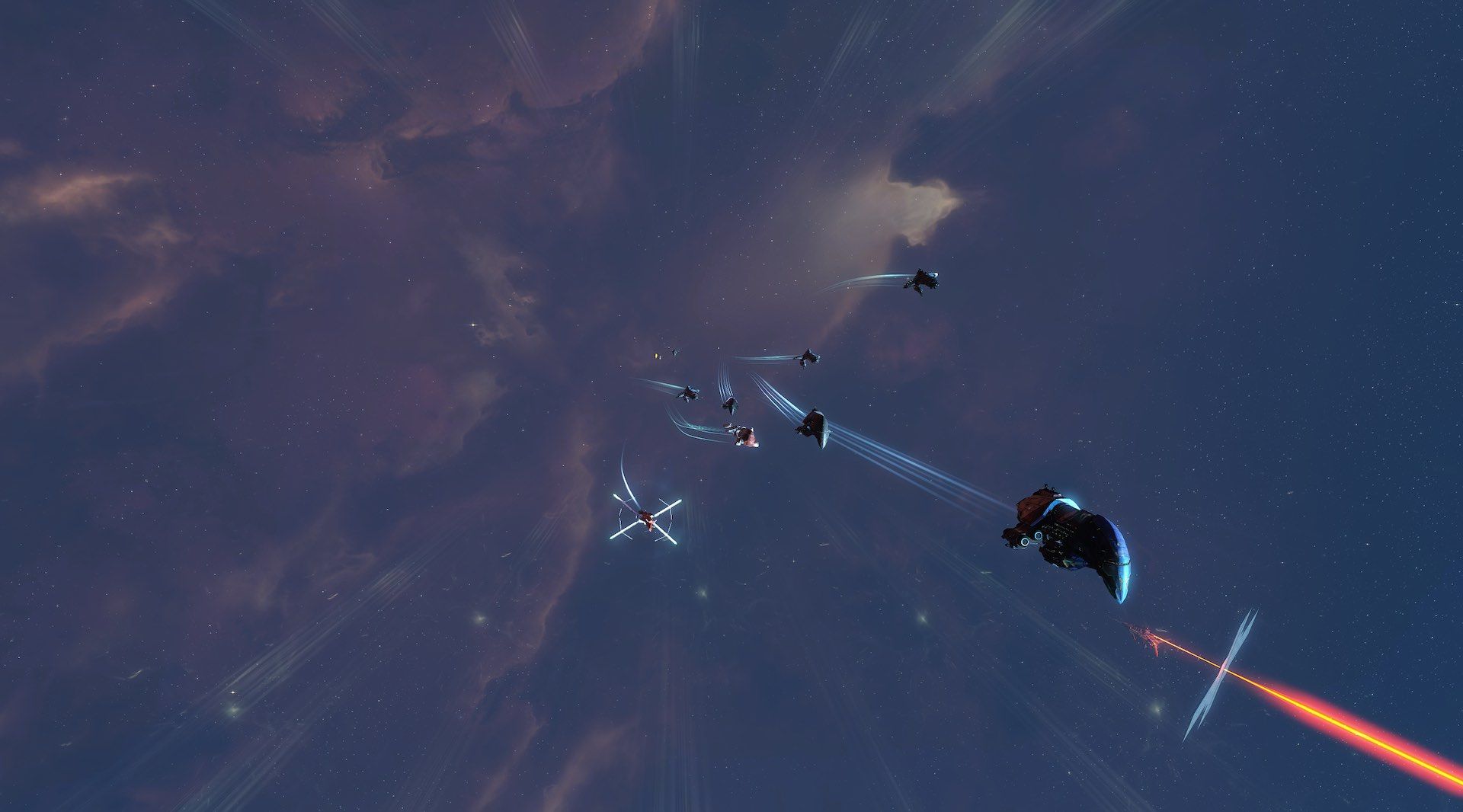 Over 2,000 players gathered in Turnur yesterday, at the time the star was projected to enter this “terminal phase”, alongside thousands more watching on Twitch split between various official and unofficial streams of the event. Some players, trying to get ahead of the game, began installing their own infrastructure around the star system, betting that the event would draw Turnur into Pochven, a place where new player-owned structures cannot be placed, and make them instantly rich and powerful entities in the game. Other players gathered peacefully to observe what was happening in the star, to claim they had been there when it happened, whatever it would turn out to be.  Finally, EVE players being who they are, many came to Turnur to turn their guns on one another, knowing it would be a target-rich environment.

Regardless of what they were doing at the time when the Turnur star finally reached its terminal phase, no player in the system could ignore it. At the moment of terminality, a blinding flash of heat and radiation erupted from the star, bathing the entire star system. Every player’s ship in a flash of energy disrupting player view screens and massively damaging their ships. No ships are known to have been destroyed by this event, but the player-owned structures that had been erected adjacent to the star were completely destroyed, scattering debris and cargo in front of the now-changed sun. The star was now a boiling ball of blue plasma, with coronal flares outlining it in all directions.

Elsewhere in the solar system, Turner I, the first planet in the system, had also undergone a substantial change. Instead of its previous peaceful desert appearance, the surface of the planet was boiling with flames and lava, having been ignited by the energy projection from the star, and the space station near it’s orbit was damaged and venting it’s atmosphere. A news article posted in the aftermath of the event suggests that the entire NPC population of the planet was killed in the blast.

What exactly does the Turnur event mean for EVE Online, and what are the consequences of this stellar explosion? This event is the crescendo of a new narrative arc for EVE, over the last few months, NPC empires have been increasing their aggression against each other in a lead up to the upcoming Uprising expansion, which has a heavy focus on the factional warfare system that players have been demanding an update to for several years. The Turnur system is actually part of the existing faction warfare zones, where players can fight for control of different systems on behalf of the empire of their choice.

In the game's lore, Turnur traditionally belongs to the Minmatar faction long-standing rivals to the Amarrian faction which created the Stellar Transmuter, and ended up causing the star to undergo the dramatic changes of yesterday's event. Undoubtedly this will cause further escalating tensions involving the NPC factions and bring the final pieces of the background for the Uprising expansion into place before its launch on November 8th. The full aftermath of the Turnur event will likely not be known for quite a while as the EVE Online narrative arc plays out over the next few months.