EVE Online's Uprising expansion brought about a massive revamp to one of its biggest PvP mechanics in the MMO, Faction Warfare. As a result, player counts have been up, and other have been more instances of capsuleers gunning it out for their respective militias, all aiming to gain ground for their NPC empire of choice.

As EVE Online is a player-driven MMO, where much of the content created in-game is by the players themselves, it was only a matter of time before the actions in Faction Warfare started to become the kind of topics players would talk endlessly about in Discord or over a beer at the next player gathering.

Earlier this month, one such event seemingly happened, as the navies from Gallente and Caldari fought over the system of Nennamaila. It was here on November 11th when a player was transporting fully fit CalMil ships to a nearby station to stage for the Caldari militia. However, the freighter is obviously going to be a juicy target for the Gallente players in the system, so Caldari pilots were scouting the system as well, making sure that there weren't a ton of enemies to defend against.

"We had previously scouted the area and thought it was clear," one pilot, Garen Demacia told me over a Discord DM. "At that time, my much smaller ship had taken damage and so I had to go back to HQ. At that time our freighter sent out a distress message, telling us that multiple enemies [were] converging on his position."

The target was a Bowhead carrying multiple Herons, Caracals, and Cormorants, all fully fit and ready to fly against the Gallente. However,  the surprise attack by the Gallente saw the Caldari militia in the area scrambling to protect the freighter.

"Back at HQ, not wanting us to lose our shipment, I swapped to my carrier to go defend the freighter," Demacia tells me. While initially, the Caldari militia pilots thought there may have only been a few ships converging on the Bowhead, it turns out they were very, very wrong. 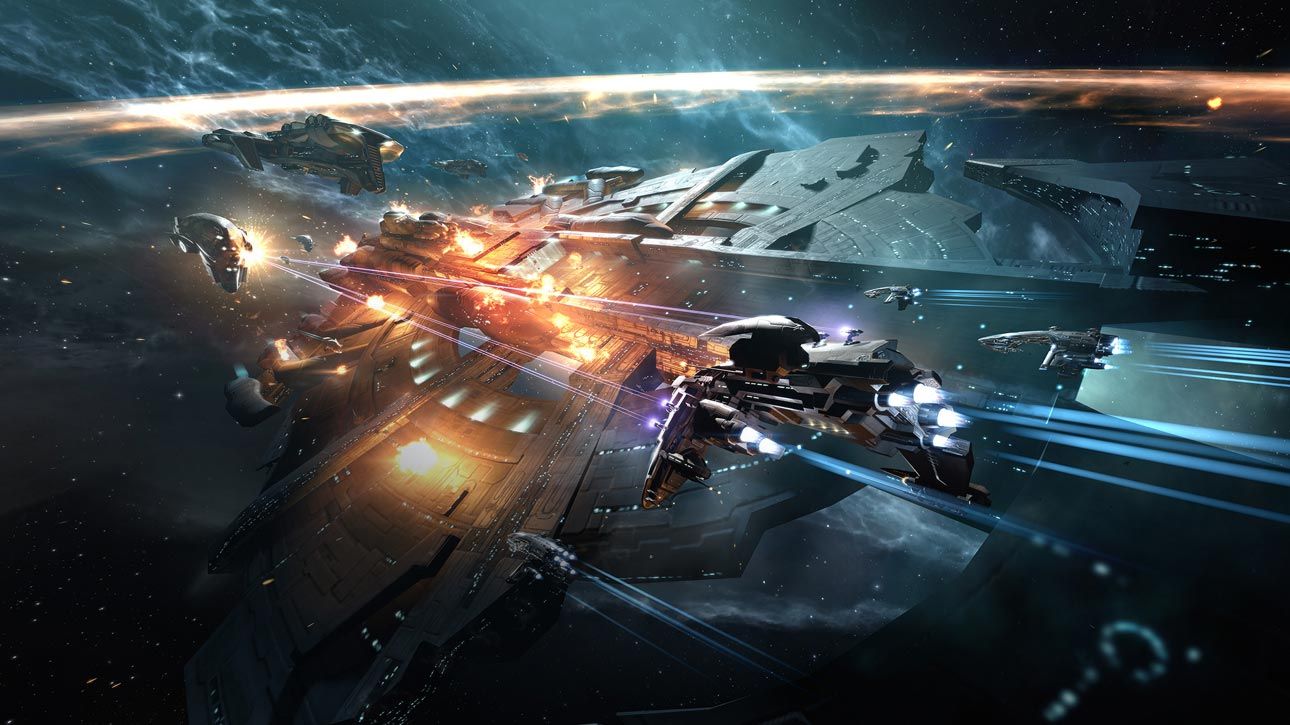 When the now undocked Chimera carrier got to the under-attack Bowhead freighter, there were at least 30 enemy pilots on the screen, all eager to get their name stamped on that juicy killmail.

"At first there were six [enemies], but by the time I was able to get there, it was fifteen people. I started sending out fighter after fighter to defend the freight, which ended up dying within a minute of me being there as more enemy reinforcements emerged from the gate."

Normally, when the odds are not in your favor, you're able to warp to a different point in the system to escape. However, EVE Online ships can be fitted with warp disruptors, effectively locking you in combat until you either fight off the aggressors or, well, die. This is what happened to the Chimera once it was engaged in combat with the Gallente forces.

In addition to being able to lock down another pilot's warp systems, electrical warfare and webifiers are used to both take the energy an enemy would use to fire weapons, kick on armor repairers, and so on, as well as slow the ship to a crawl with a web. Both of these were employed against Demacia's Chimera and the fighters he was sending out to combat the Gallente, making it really hard to survive against the attacking force.

"At this point, multiple intercepters closed in on me and started to disrupt my warp engines, causing me to fight them off as much as I could. I started dropping them left and right, however for each pilot I killed, another three took their place. Soon I was surrounded by thirty pilots using a combination of energy-sapping technology to myself and webbing technology to slow my fighters down so they could be picked off one by one by the fleet."

However, by this time the alarm had been sounded throughout the Caldari militia in the Nennmalia system, and reinforcements were on their way to the combat site to defend the Chimera and fight off the Gallente. Too little, too late, though. While the reinforcements had arrived, they were still outmatched and outnumbered by the Gallente, seeing the Chimera blown up in no time.

These aren't cheap ships, either. While the Bowhead was carrying all of those fitted frigates, it was valued at around 6.9 billion ISK, while Demacia's Chimera sits, as it was fit, at around 3.6 billion ISK. While most pilots, like myself, are loathe to undock with their expensive ships (seriously, I've had a Vargur for months that has yet to really leave Jita 4-4), seeing these two targets in the Faction Warfare system must have been incredibly enticing for the Gallente victors that day. 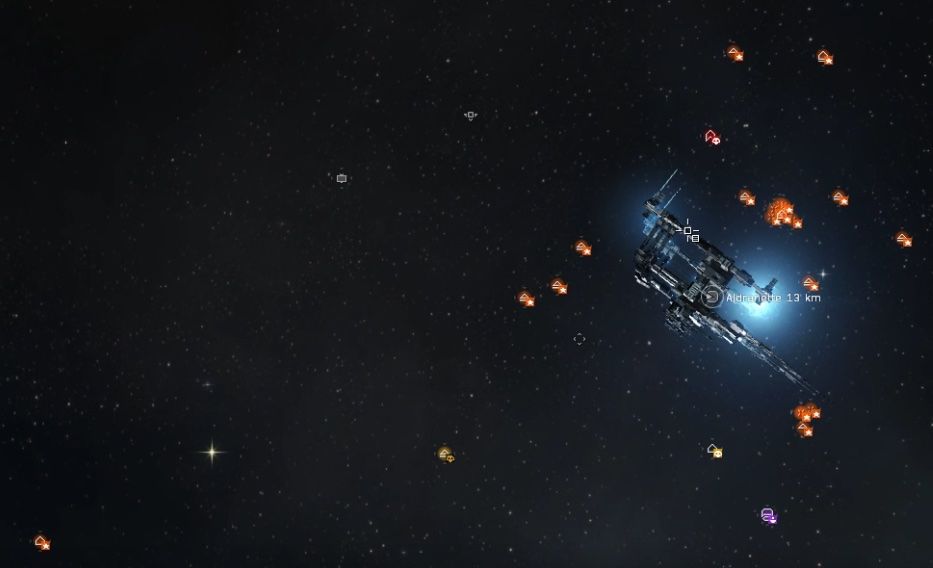 It's the kind of engagement I'm sure CCP Games had envisioned and hoped for when they sat down to start the revamp process of Faction Warfare. From the various Frontlines systems that are seeing the bulk of the combat to supply systems and more, Faction Warfare seems poised to only get better as more and more players start to undock and fly their ships into danger, and in some cases glory.

Despite the loss here, Demacia was in high spirits when we talked. I don't think I would have been as upbeat as he was losing my multi-billion ISK ship (and I've lost a few, let me tell you), but this is what EVE is about: shooting your space friends and then having a laugh about it afterwards.

"In the end, I do not regret defending our freighter even at the cost of my carrier since I would rather go down defending my comrades than [sit] back and watch them get picked apart," Demacia told me in closing. "Regardless, it was pretty fun to hold the line on a factional border and keep [the] entire alliance at bay until I was taken down."