Last night the Elder Scrolls Online team held a Blackwood Chapter Preview Event for the new content coming to the game in June. While they did include some unreleased information about a few features, much of it was already known.

The Blackwood Chapter Preview Event was a pretty standard affair yesterday, lasting about 20 minutes in length, including the cinematic trailer already released. The release of the Flames of Ambition DLC earlier this month, that ESO now has over 18 million players, and that they are now part of the Xbox team was all quickly mentioned. But the bulk of the event focused on three main items: The enhancements for next-gen consoles, the companion system, and the Blackwood region. 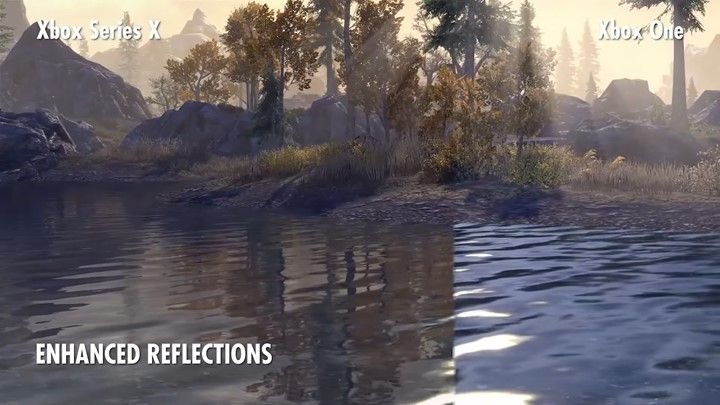 The ESO Enhanced Console edition will focus on upgrades to performance and visuals. The side-by-side clips do show a visible improvement for console players.  This enhanced edition of the game, launching along with the chapter, will be free for anyone on Xbox One and PS4.

The companion system was the best part of the preview for me. Unfortunately, there were only minor tidbits of new information presented. I am hoping we will find out more during the ESO Live event later today.

The team reiterated, that players will be able to adventure with their companions anywhere in the game except for PvP and solo arenas. Each companion will have unique likes and dislikes. They will also react to actions you take in the world. (Such as stealing from NPCs) Players will also complete quests to learn more about a companion’s background as they continue to level them up.

Any given companion will start at level 1, and as they level will gain new skills to use in combat. Players will be able to slot those skills into an action bar that acts as a priority system, skills not on cooldown slotted further towards the start of the bar will be used before other skills slotted further to the right. Companions will also use equipment, specific combat behaviors (set by the player), and have various outfit customization options.

The Blackwood region is going to be a mix of Argonian and Imperial cultures. It will contain the standard new city hub for players, typical ESO zone features, and several new monster types. What is of most interest is the world events know as Oblivion Portals coming to the game along with the chapter, something players of The Elder Scrolls IV: Oblivion may recognize.

These portals will not appear on a player’s map, unlike other world events. Players will have to find these portals themselves. The portal can be entered, teleporting players to an island within the Deadlands. The size of these islands is about equivalent to a public dungeon and will include mini-bosses. Players will need to fight their way to the end and encounter the final Daedra that controls the island to close the portal.

Overall a good preview of the Blackwood Chapter, if a bit short. I am looking forward to finding out more about the companion system in the coming weeks. If you are looking to try out ESO, now is a great time as they are doing a free play event for the next two weeks, and the Blackwood prologue quest is now active for new and existing players. The Blackwood chapter will release on June 1st for PC, Mac, and Stadia, followed by the console release on June 8th.