Chatting With NetEase about EVE On Mobile Back in 2019 Captain of this motley Corporation, Joe Bradford, launched himself into an early hands on with EVE Echoes. With the release window for this ambitious mobile MMO now set in stone, we took the time to talk to some of the developers that made EVE Echoes possible.

Sitting down in front of the camera to see Wei Su, Senior Producer at NetEase Games, Shicheng Zhou, Game Designer at NetEase Games, and Bing Xi, General Manager CCP Shanghai ready to discuss EVE Echoes was a stark reminder of how deeply unique this project is. EVE Echoes is the result of a strategic partnership between NetEase and CCP and marks a new spin off for an IP that has weathered the storm when it comes to online gaming. Driven by a love of the EVE universe and a very experienced team at NetEase, EVE Echoes is set to squeeze all the excitement of the mainstay EVE experience onto iOS and Android devices this August.

For CCP, this all represents a massive divergence from their core clientele and it’s not like DUST 541 was a chart-topping success, so we asked if it was a difficult decision to start development of this mobile adventure. According to Bing Xi, it was a surprisingly easy call to make.

“This was not a hard discussion at all. EVE has been around for 20 years now and we’ve always looked to expand the universe on as many platforms as possible. We’ve obviously had DUST 541 and now we are looking to launch into mobile. Since EVE Online is such a big game with over a decade of content, we don’t underestimate how big an endeavour that makes EVE mobile. Alongside this, CCP has a very high quality bar. If we ever want to do something it has to be up to those expectations and satisfies the fan base.

"We always wanted to do this but it was never going to be easy. Wei Su approach us back in 2015 with the idea to bring EVE to mobile and we sat down and spoke to them. We got to know who they were and found out that this wasn’t just any other development team form NetEase. This was the team behind Westward Journey Online 2.

"Westward Journey Online 2 has been a top tier MMO in China for over 18 years and it was created by the same group of developers. This team has the experience that they know how to craft great games that stand the test of time. They even built a mobile version of the same game that is also extremely popular. It told us a lot about the team and gave us a lot of confidence that they could deliver.”

While it’s easy to throw around the accusation of cash grab at many mobile conversions, it is telling that Wei Su is a hard-core OG EVE player who heads the same team that initially approached CCP about getting EVE out to a new audience. He noted that,

“When we started to think about EVE Echoes we want to expand the influence of the EVE universe, bringing it to lots of new players across the mobile market. Just as much, we want to take on the challenge of bringing this new mix of player driven economies and hard-core PvP space battles to mobile gamers.“

EVE is as unique a title as they come in the Desktop space, the mainstay EVE universe is as well known for its ridiculously large, week long space battles and cutting edge server scaling as it is for the fancy space frigates. EVE Echoes might not have quite as many billions of ISK to burn in one place quite yet but it launches with the capability of hosting 100 ship battles and over 8000 worlds on a tiny 6 inch screen. Suffice to say that this isn’t an insurmountable challenge when bringing the game to mobile. 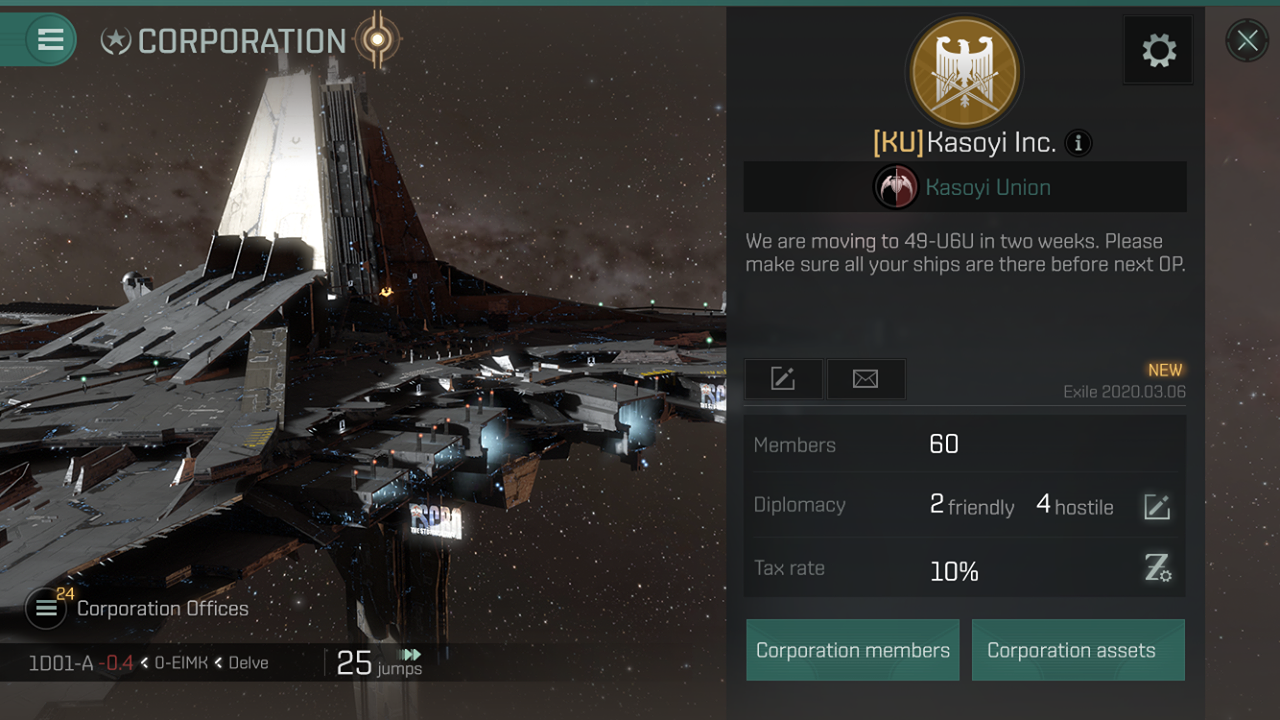 Shicheng Zhou, confirmed that what lies behind EVE Echoes is way more than just another mobile tie in with a new skin. “We learned a lot from CCP games. The team at CCP shared a lot of information, even sharing information on the server side of EVE Online. This allowed us to take ideas and optimize the design of EVE Echoes for the mobile platform. There are definitely similarities in the way that the two games support players out in space but mobile also comes with its own challenges.”

Zhou possibly even underplays the challenge that NetEase and CCP took on with this mobile port. Until now, getting games like Old School Runescape onto a mobile platform was considered something of a technical marvel. The mobile space comes with a massive variety of hardware, users that are on the move, connections that might simply drop off without warning, and a myriad of other limitations that CCP has not had to overcome in their time. Yet, the team think that they’ve got this covered.

The on the go server changes aren’t the only thing that EVE Echoes has changed up for players coming into New Eden on a small screen. The team at Netease has spent a significant amount of time modifying the in game UI, streamlining it and making sure that new players can get to grip with their ships with no need for a mouse in sight.

That really isn’t the changes that I got excited about, however. Players who watched a recent EVE Echoes Stream will have caught a glimpse of the Yan Jung, an old race that is coming back to EVE Echoes. Returning to new Eden this race is, as Wei Su described,

“The Yang Jung is one of the ancient factions of the forgotten age of New Eden. The details in EVE Online don’t really tell us a lot about the Yan Jung but it is an opportunity to ring something new and add even more diversity to the EVE experience. Many of our team are Asian and they love the idea of incorporating oriental culture into the game. It will hopefully help to help expand the reach of EVE Online in many ways and bring it to a wider population.”

The return of the Yan Jung makes a bold statement that this isn’t just EVE for old school players. NetEase and CCP talked repeatedly of brining the core EVE experience to mobile but have definitely made some changes to the way the game plays out. While Wei Su confirmed that players can play “however they want” building corporations or heading out to mine the edges of space, EVE Echoes gets a few nice additions, and this doesn’t just mean extra skins and cool looking new ships. It does include some awsome skins and cool looking new ships, however.

One of the big exclusive additions to EVE Echoes that you won't find in EVE Online is Outposts. Outposts are a space structure that individual players can use in adverse locations like low sec and null sec as a staging ground and safe haven. Wei Su also confirmed that the Outposts will include more than just a docking bay.

“Outposts will include boosts such as resource gathering enhancements. Furthermore, they can be shared with your friends as well. They will also be somewhat customizable. You will absolutely be able to choose your outpost location and even decide what type of player you can open your outpost to.”

We’ve only seen a glimpse of these gargantuan structures during Sunday’s teaser stream but I love the idea that I won’t have to rely on a corporation for a docking bay any time soon.

Thankfully though, it doesn’t look like players who pick up EVE Echoes will have to pay to dock, or even find themselves nickel and dimed out of the core EVE Experience. With assertions that EVE Echoes will widen the core community and replicate the core EVE experience, it was gratifying to hear that players looking to pick up a monthly pass will use this to access an Omega Clone and that ISK isn’t going to change in EVE Echoes. While ISK in EVE Echoes won’t be transferred between your desktop and mobile accounts, Wei Su confirmed that,

“PLEX in EVE Echoes will be exactly the same as in EVE Online. Players will be able to use PLEX to buy Omega Clones and you’ll have the same capability to trade PLEX with other players in the market, as you do in EVE.”

Now I just need to find out if my own mobile phone is going to cut it or if this space adventure is going to crash and burn. The servers are ready, the fanbase seems to be set, while NetEase and CCP are ready to explore this new frontier with their players. You can head over to the official EVE Echoes website now and pre register for the August release of this impressive looking sci-fi MMO on Android and iOS devices.