MMORPGS are games, in theory, that are always changing and evolving. Their persistent worlds are one of the highlights that keep players coming back day in and day out, the stories of that world keeping, at least myself, occupied every time I log in.

However, sometimes taking a break from a game – or even putting a game down for something new is needed. While it’s no secret on this site that my favorite MMO of all time is The Lord of the Rings Online, I’ve taken breaks from it, even staying away for an entire year after leading up to the Isengard release.

However, sometimes a game has an update, whether it be an in-game timed event or a massive change and update to the story that can suck someone back into the world. Right now, for me at least, it’s EVE Online’s Invasion content.

What makes EVE Online great in the gaming world is its incredible capacity to just allow player narratives to flourish. We know about the wars and espionage in EVE because player stories drive the narrative of New Eden forward. Yet the Invasion content in EVE Online right now is set up by CCP Games, the creators of EVE. 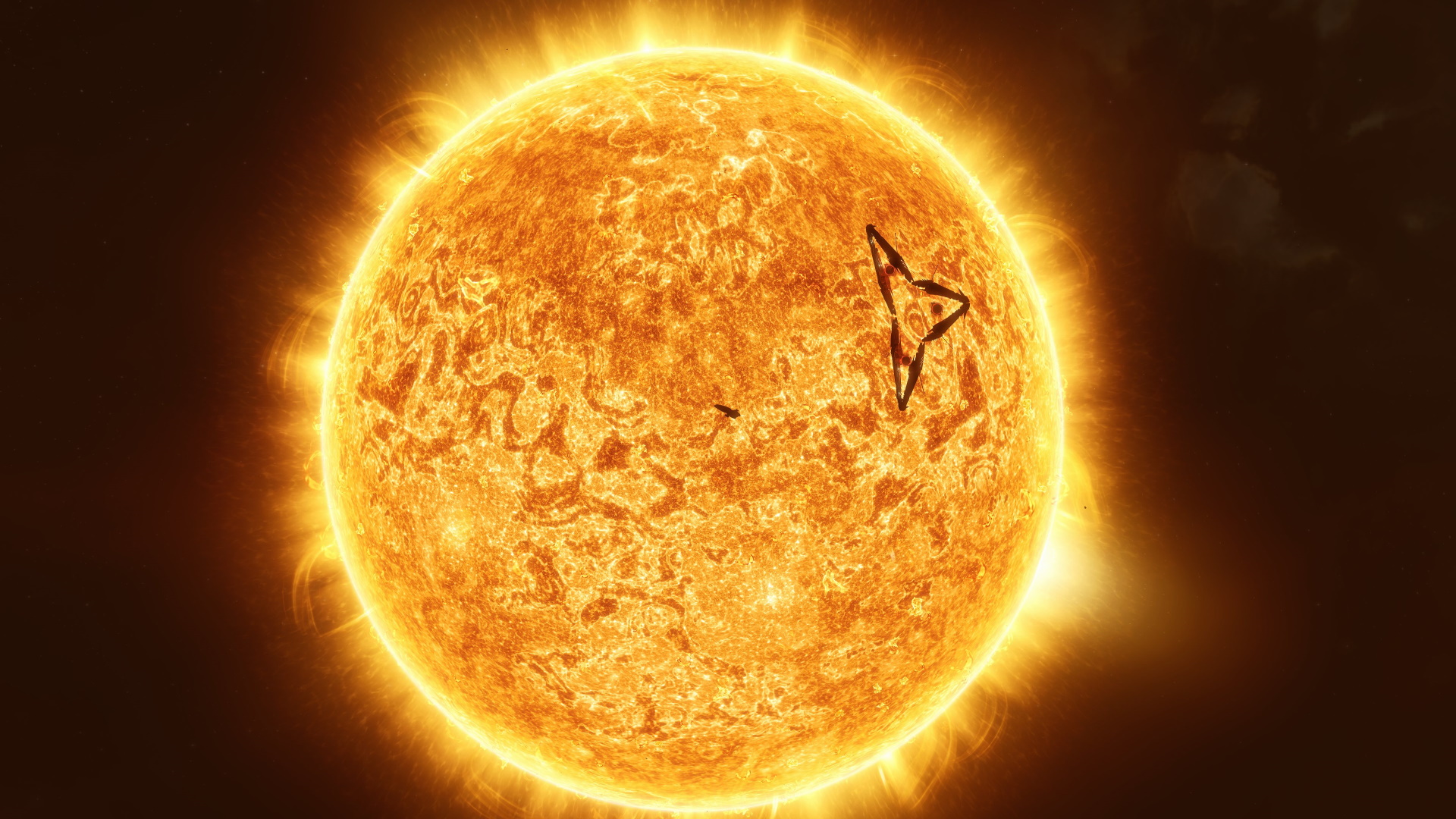 CCP have told me in the past that they see themselves as caretakers of the sandbox, cultivating the universe of New Eden. Ultimately, though, it's the players to create the stories that help define the world. That doesn’t mean that CCP doesn’t tell stories – far from it. While we all hear of the escapades of the great player empires of EVE in nullsec, the vast majority of New Eden’s capsuleers play in PvE areas such as hisec and lowsec space. For the past year New Eden has been under threat by an alien race called the Triglavians, and in the last month that Invasion kicked into high gear, with Triglavians openly attacking hisec systems.

Over the past month these systems have been turned one by one into lowsec territories of the Triglavian Collective. What makes this interesting is that capsuleers can choose to either be on the side of the defending EDENCOM forces or join up with the Triglavians and take over New Eden.

Personally, I’ve been enthralled with this content – something I rarely do in EVE. I find myself most of the time flying in my Astero, cloaked and exploring systems, soaking in the sites of the universe unfolding in front of me This doesn’t mean I don’t have ships meant for war or industry – I just found what makes EVE thrilling for me – seeking out the far reaches of the galaxy and – if I’m lucky – docking back home in Jita to tell the tale.

Yet in the last two weeks I’ve logged over 50 hours of time in EVE Online almost exclusively taking part in the fight for New Eden. I’ve piloted my Apocalypse into systems such as Eygfe and Ravaross, hoping to take down EDENCOM rats, and most recently I’ve found myself soloing EDENCOM sites with my beefy Machariel. It’s been thrilling, especially as systems slowly fall to the Triglavians, watching the whole system change from the normal starry backdrop around you to the misty, blood red that takes over a system as it reaches Final Liminality.

It’s thrilling to warp into a system that is under attack and feel like your actions make a difference in the outcome. Players are still controlling the narrative here too – the effectiveness of the Triglavian invasion has a lot to do with the player resistance and attacks in these systems. Discord servers are popping up with players coordinating on each side, determined to ensure they come out on top.

It’s this level of excitement that has me logging in daily right now. I’ve spent 50 hours in EVE the last two weeks and I don’t see myself stopping either.

So I ask you, reader – has there ever been an update – story or in-game event – that fully sucked you back into an MMORPG completely? What was it and why? And if not, why not and what does your favorite MMORPG need to do in order to get you excited again?