Zenith: The Last City, a VR MMORPG, is releasing as of today, and the team at RamenVR have done a great job with the game for a relatively short development cycle. I first started following the game in early 2021 and since then have watched it quickly evolve during two alpha and two beta events. While my full review is still underway, I wanted to share why the game is initially a lot of fun, some of the issues I have noticed, and a few concerns.

Zenith is available to play on most VR platforms for $29.99 US with plans to implement an optional cosmetic shop in the future. I have been playing it on the Quest 2 and Steam. The Quest and PCVR versions have simple textures with vibrant environments. The graphics work for me and some areas are simply relaxing to walk through, but they are stylized and will not appeal to some. The environments are beautiful when you take them in at a distance and the different enemy designs look great in VR. Music in the game is pleasant and fits the atmosphere, but I noticed that sometimes the combat music doesn't kick in when starting a fight. 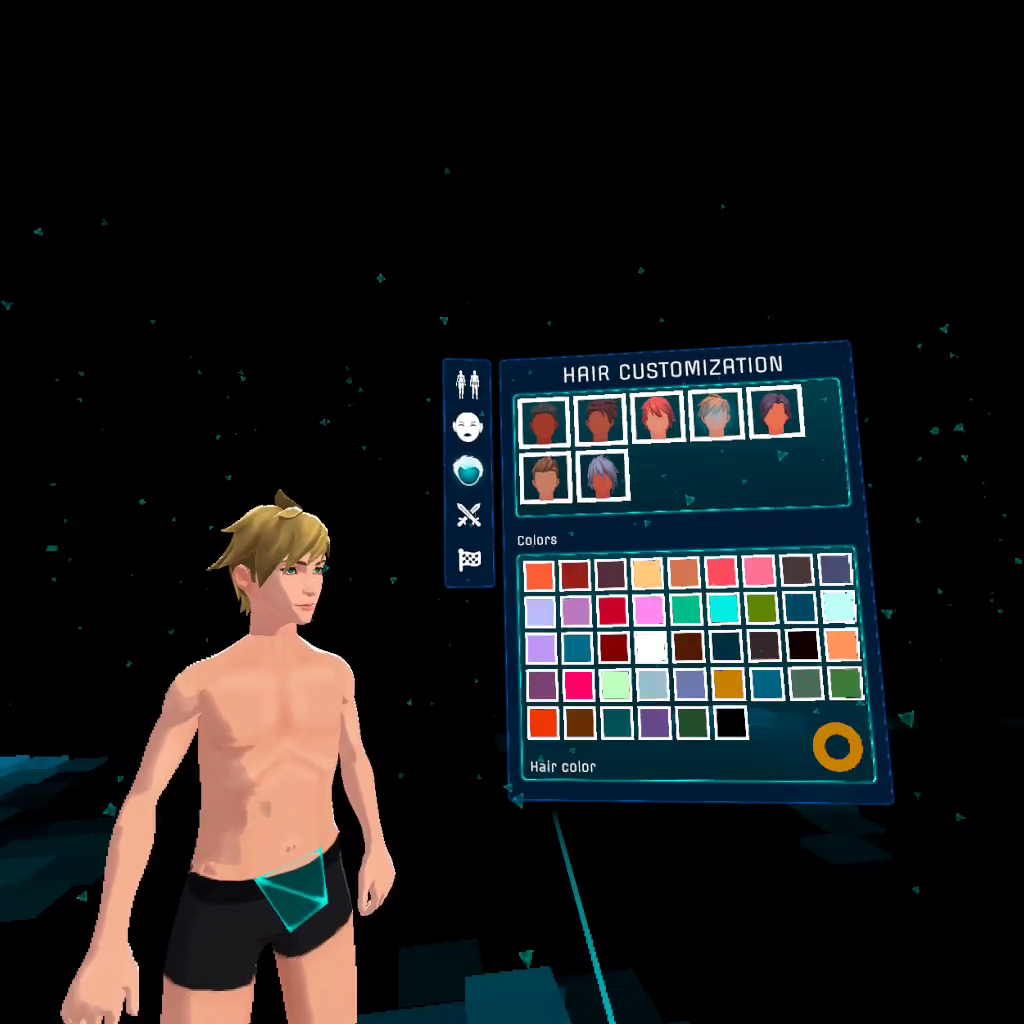 Character creation is simple. Players pick from two classes, Blade Master or Essence Mage, and then customize the appearance. Customization options are limited, with minimal difference between facial features and hairstyles. The color options for eyes, skin, and hair have more variety. But when clicking on a given color, I noticed it didn’t always match with the color that appears on the character model. Finally, a player picks their initial specialization of Tank, DPS, or Heal. While the character creation is very streamlined and convenient, I don’t feel like I am creating an avatar personalized to me, and I expect to see a lot of very similar characters running around at release. 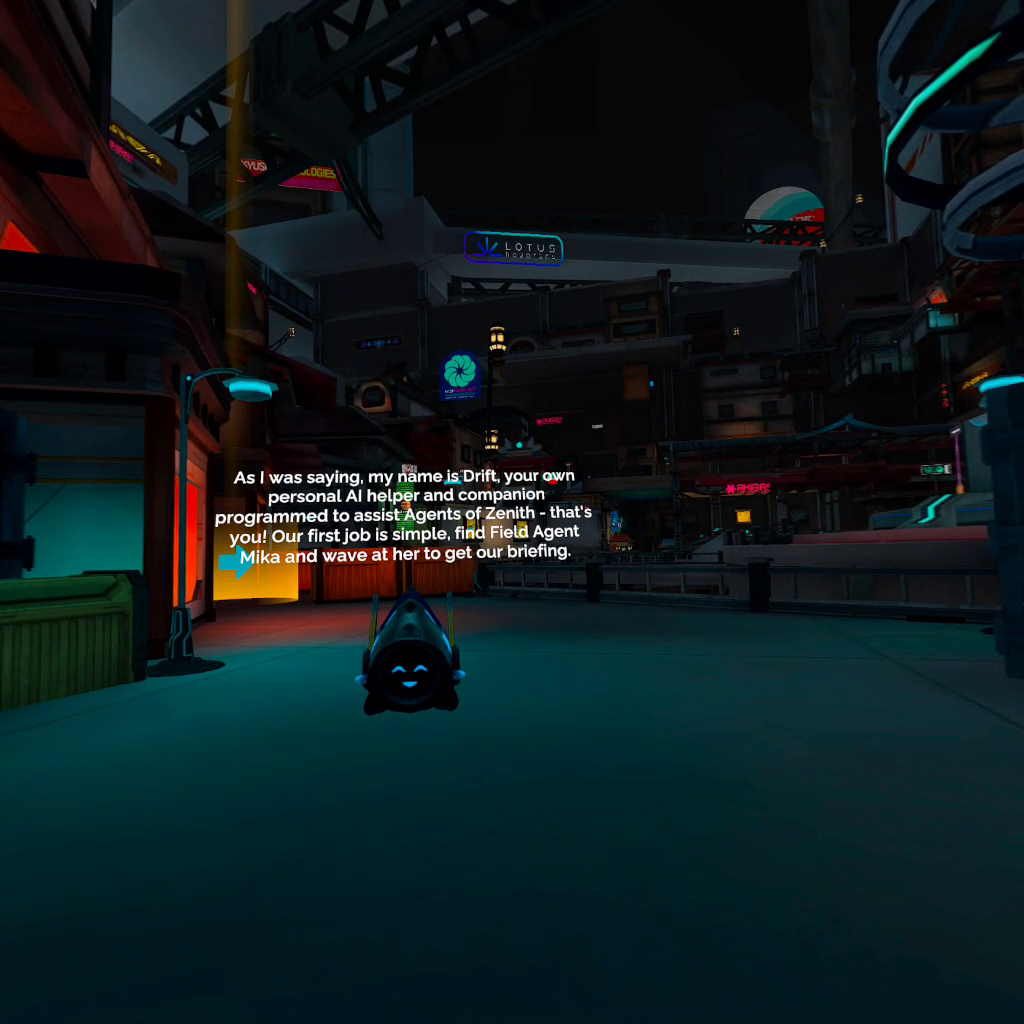 The new player experience and initial exploration in Zenith are both well done. Players have a small AI companion that pops up to explain the base mechanics before progressing into the first adventure zone. Once you get used to climbing and gliding, it is a unique experience being able to explore every nook and cranny of the map compared to most other MMORPGs. Zenith’s environments look beautiful in VR, and the development team has done well at creating interesting landmarks off in the distance to draw my attention.

I did run into some minor hitching using a Quest 2, and I noticed a bit of motion sickness after playing for about an hour. I tried changing some of the comfort settings, but it persisted. If you are sensitive to motion sickness in VR, it is something to be aware of for the Quest 2 platform for now. On PCVR, I had no issues, the game felt easier on the eyes, had a bit more graphical detail, and the gameplay felt smoother. There was some pop-in with NPCs and terrain on both platforms. But I expected that issue with the hardware constraints of the Quest 2. 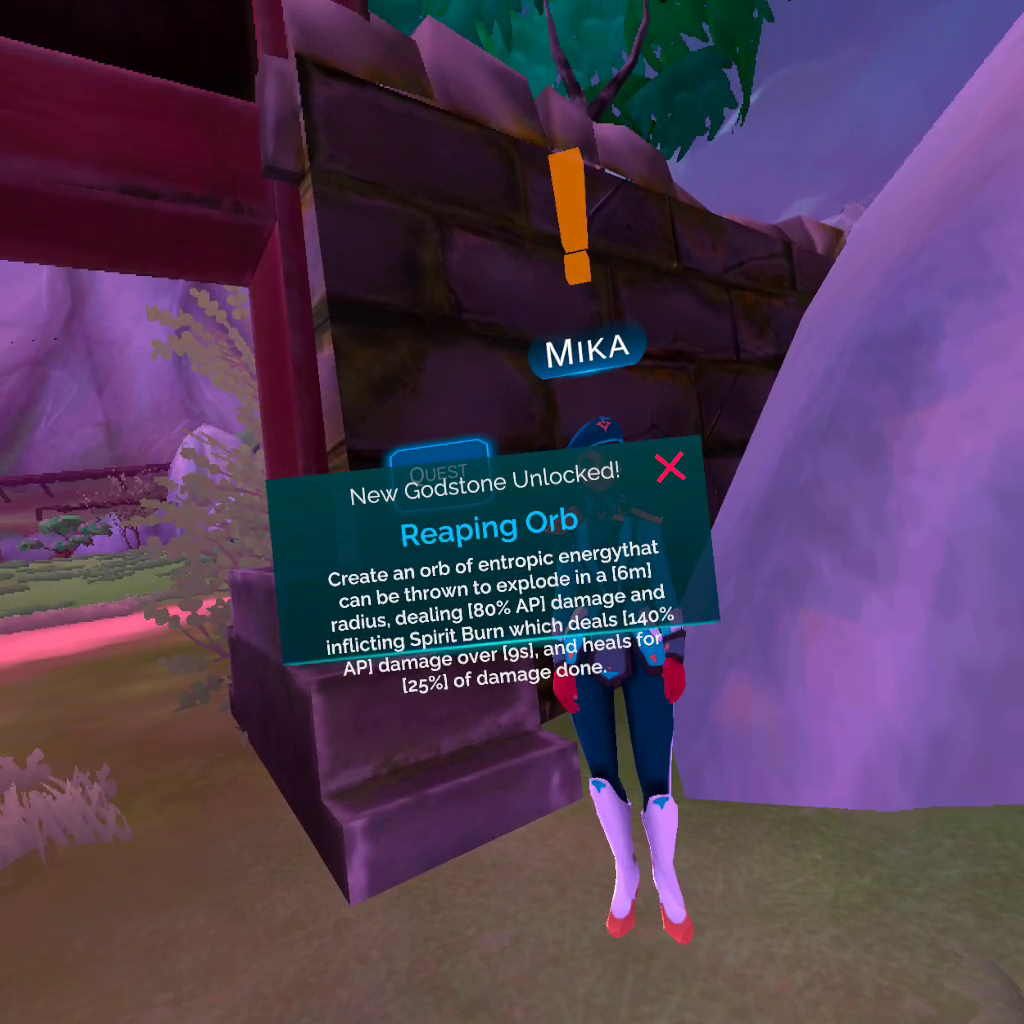 Some elements of the UI feel unfinished. It imparts all the needed information and provides a good description of different abilities unlocked via leveling. But while playing on the Quest 2, I noticed that some text extended outside the UI boxes. Most UI issues were minor polishing bugs that are fixed quickly in an update.

Combat in Zenith is fun, and for my first week with the release client, I played both a Blade Master tank and Essence Mage tank. I enjoy activating abilities by swinging in different directions with the Blade Master and the gesture-based casting with the Essence Mage. Both methods of using special abilities fit the classes well and make for two very different experiences. Being able to throw your sword at enemies as a Blade Master is also a great addition in comparison to Alpha. It allowed me to tag enemies going into combat or as they ran by. I also liked that you cannot just flail your way through combat, a tactic called noodle arm fighting in VR. For a Blade Master attack to be fully effective, it needs time to charge between swings.

One change I don’t enjoy is holding down the trigger on the Blade Master to block attacks. In alpha, you were able to position your weapons in the proper spot, blocking an enemy attack if you had enough stamina. It may just be that I need to get used to the change. But currently, using the primary trigger doesn’t feel intuitive or enjoyable. 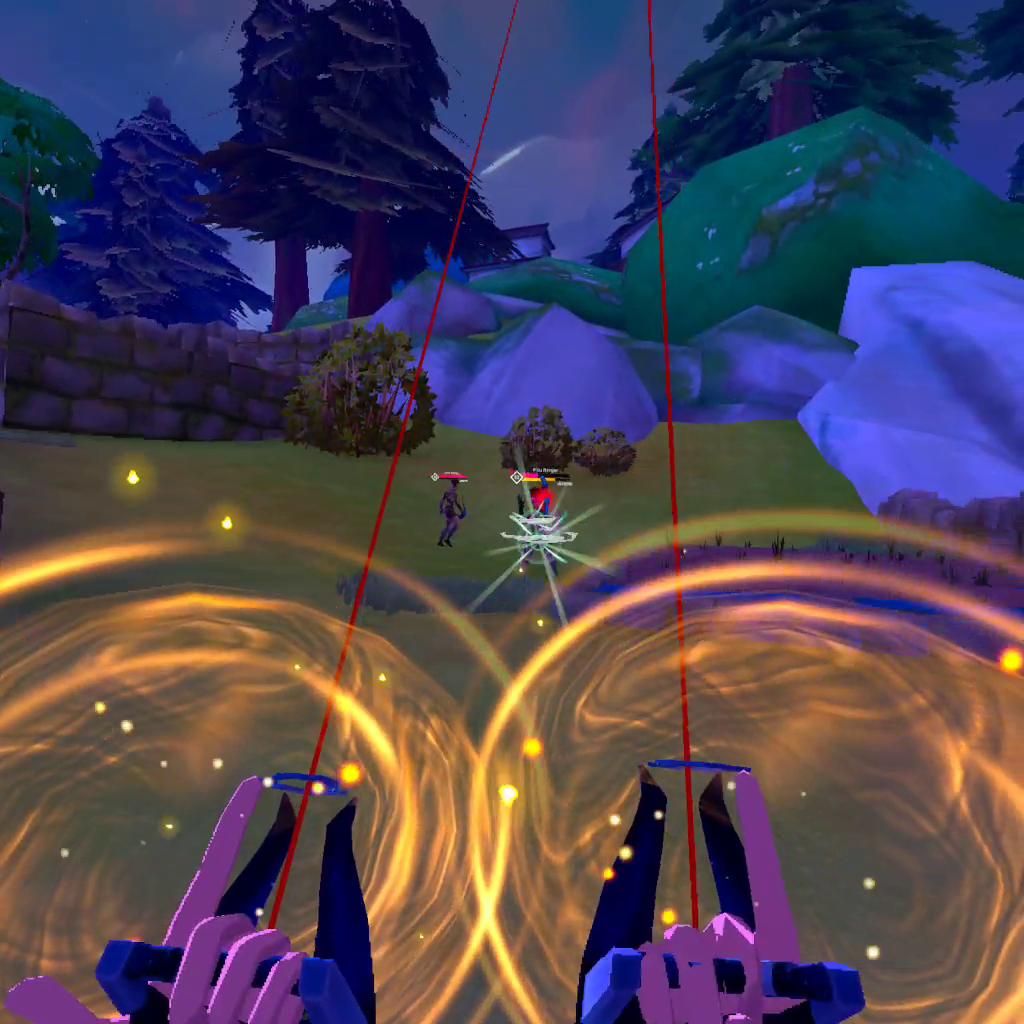 Thankfully, the developers have added the tank specialization to Essence Mage, and I have really enjoyed playing one so far. Tossing spells to snare, stun, pull, and shield mid-combat has been a lot of fun. Unlocking the ability to turn my wrists towards me and block attacks was the highlight of the class. It feels intuitive for me, and I only wish I could activate it with just one hand rather than using both.

Questing in Zenith is straightforward. Players progress along with the main storyline and can also complete hunts, dailies, and adventure content along the way. Public events are also located around each map that can be attempted solo but designed for multiple players. Most quests are standard fare with kill X, retrieve/collect X items, or explore X. There

One of the standout quests for me so far was an adventure quest in the Amarite Forest, where a player needs to use updrafts to reach three different floating prisons. By latching onto the side and climbing, players activate two switches and hit a button to open them. I haven’t quite succeeded yet, but it is really making me practice using the gliding and climbing mechanics.

Crafting is present in the form of cooking which I am still testing. But so far, it is fun to complete the minigame of not burning your food and essential for the buffs that food provides. I am not sure about the placement of the food slot in the UI during combat/exploration. Most of the time, the food slot gets in the way of harvesting or reaching for items.

After my first week of play, I have two main concerns. First, players can swap between their specializations every 60 seconds when out of combat, which is great, but each spec needs to be leveled separately. I am not certain if there is enough content to support leveling a character three times over without the game becoming a major grind. Second, a few times during play/combat I was disconnected from the server “due to inactivity”, and I am wondering how the servers will hold up with an influx of players this week.

I am having a lot of fun with Zenith, and I am looking forward to seeing how much the world comes alive once the doors are open to everyone. Much of the game is standard fare for a traditional MMORPG. But what makes it feel fresh is it being in VR and making good use of VR mechanics to enhance the experience.