There is a popular Oscar Wilde quote that goes, “There are only two tragedies, not getting what one wants, and the other is getting it.” MMORPG players are fickle sorts. We don’t want games to play themselves for us, like mobile games do, but if we have a game that provides a quest with no direction, we can spiral into obsessive rage. Is there a utopian MMORPG world out there? If so, would we be able to handle it, or would we even notice if we were playing it?

MMORPG players participate in these massive online games for any number of different reasons. The social aspects of this specific genre are unrivaled by any other true gaming experience. In other cases, the premise of a persistent, active, online world appeals to many people, even if they prefer to play by themselves. Maybe you thrive on cooperation with other players, and wish to craft, harvest, or take pride in battling alongside others to further their enjoyment as well as your own. Perhaps you’re the kind of player that wants an ever-expanding world, filled with the random acts that only other players can provide. No matter your reason, chances are, when you finally found that game that gave you your first hit of that MMORPG-drug, you were hooked. In addition to introducing you to a new gaming addiction, many players' first MMORPG obsession probably provided the yardstick that all other games are measured against.

I still marvel at players that have stayed in their same games for several years. I’m even more impressed with some of the games that are still on the market after more than a decade. In reality, the ongoing virtual worlds that have lived on through the past 10 plus years are what we’ve always been promised, and very rarely has that promise delivered. Many MMORPGs end up sunsetting well before they anticipated, never to see a sequel, and at best, survive as an emulated version created by fans, with little hope of regaining the luster that made those games attractive in the first place. 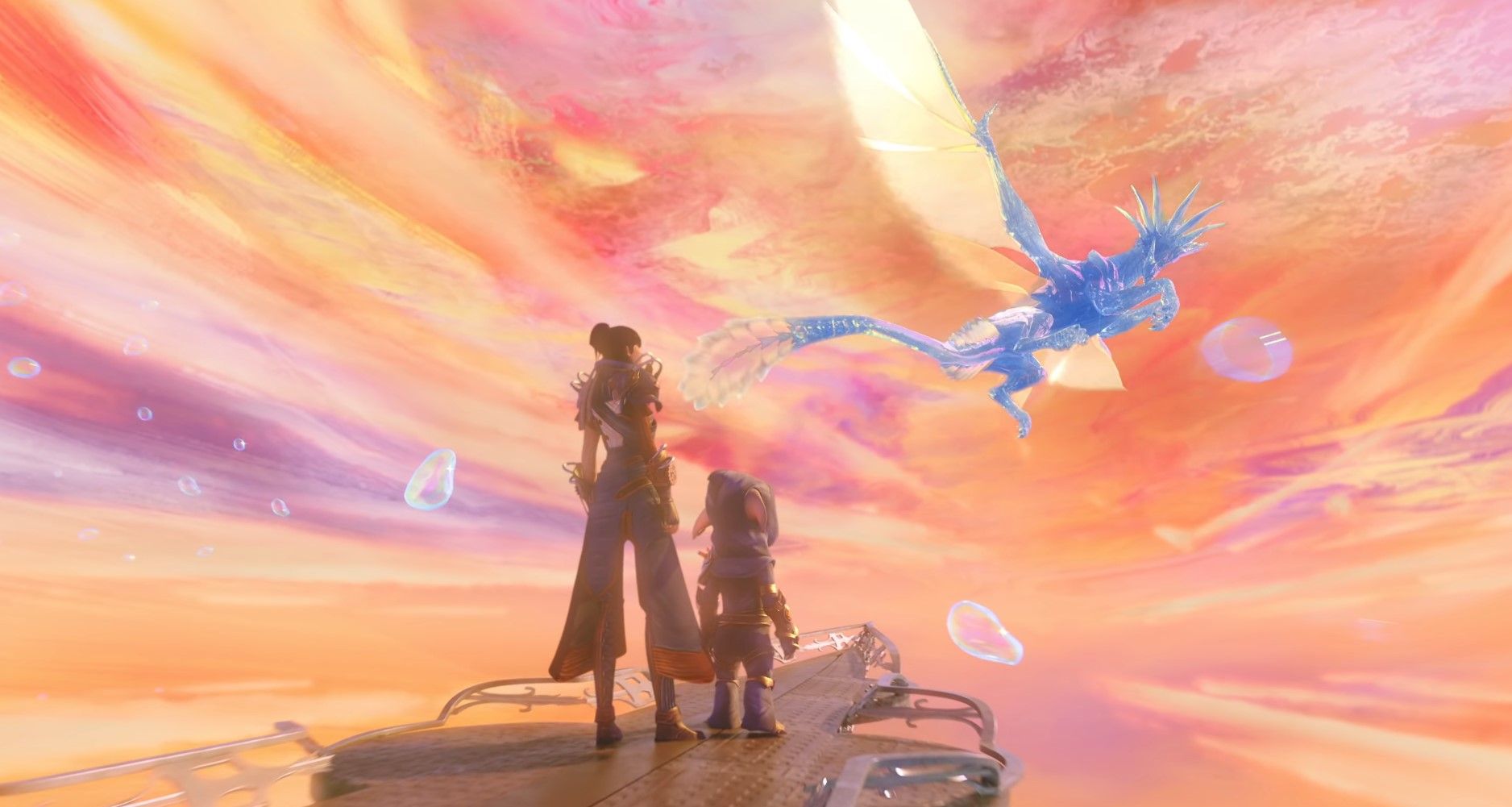 Meanwhile, when we look at the common features of many MMORPGs on the market, we see a lot of stagnation in what is expected of these kinds of games. Players who have stuck with a game for so long likely know (or think they know) with some certainty what keeps them coming back. Yet still to this day we see such a vast variation in player expectations. We want more of everything, and we want it yesterday. We need our crafting expansive and our end games’ perpetual. We need something that’s challenging, but not too challenging that it’s not accessible. We need grouping, but please, make it solo friendly. We want exciting exploration, but we want to play with thousands of others who have probably explored it already. What we want is paradoxical by nature, and despite decades of players lambasting developers over too similar, or too different designs and sketchy monetization decisions alongside flailing player friendly models, can we expect that someone could ever comply with so many conflicting requests?

Is the Japanese Manga Trend the Pipe Dream?

There’s a very popular genre in manga and anime known as Isekai, where a protagonist is transported into another world, to survive and thrive, often with some sort of real peril at stake. Many of these worlds are very distinctly game worlds, often depicted as MMORPGs. Some popular anime in this genre would be shows like Bofuri, .Hack, and Sword Art Online. It’s not uncommon for the protagonists to gawk at the reality and features of these game worlds. They often explore areas in ways that have never been explored before, with NPCs that brandish unique personalities and realistic interactions coupled with ongoing consequences. These shows are popular for many reasons, but one prevailing characteristic is the sense of a unique, immersive adventure. 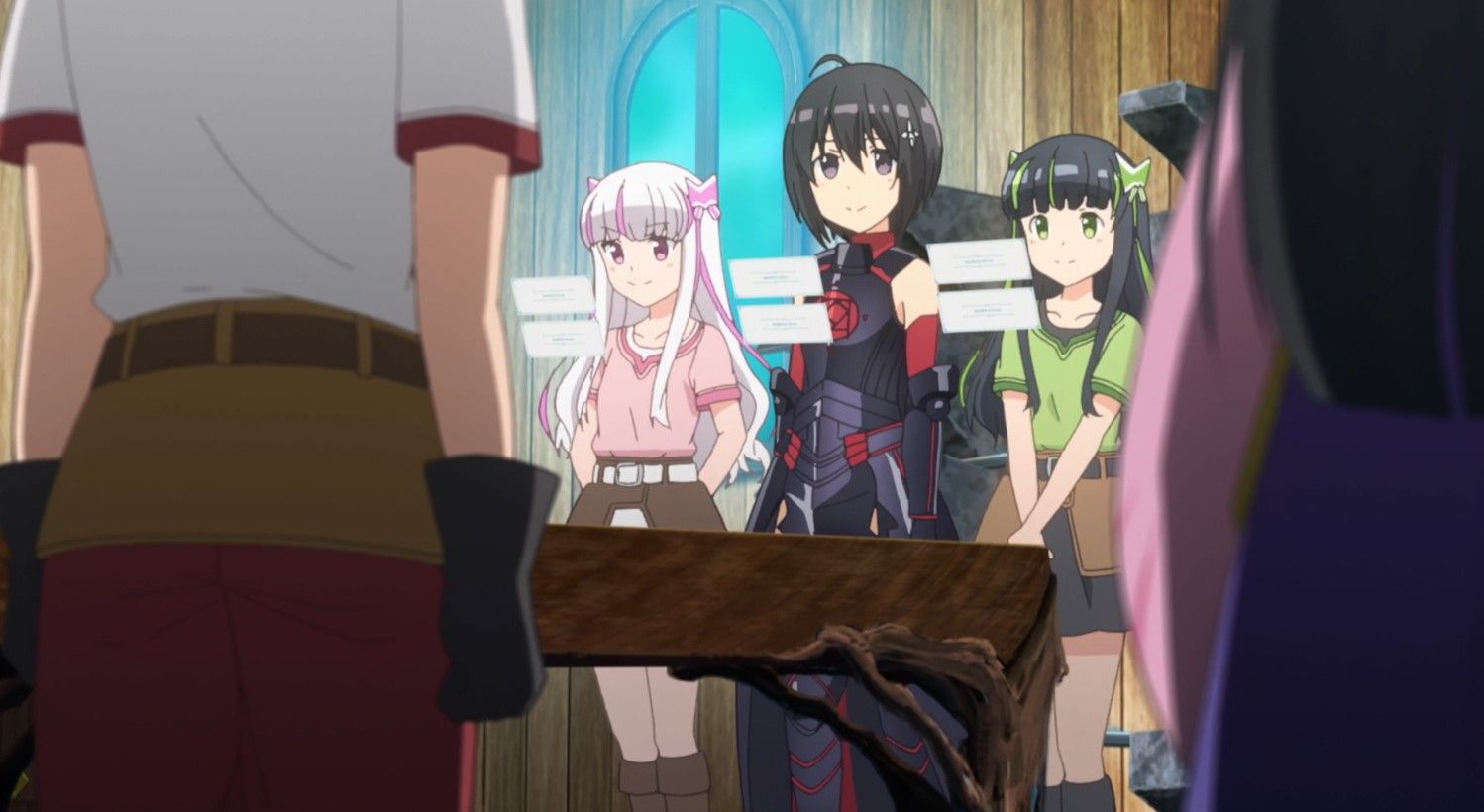 One has to wonder whether this is truly what we players want, and if so, has the entertainment industry inundated us with futuristic science and technological fiction that gives us unrealistic expectations? I don’t think that we MMORPG players are unrealistic about what the genre is capable of today, but with the stagnation of the industry, and developers heavily banking on primarily single-player stories to give the sense of a unique heroic story, it’s becoming much harder to believe that your character is actually immersed in these worlds. Most of the time, these story adventures end up being ill-suited for an MMORPG. Guild Wars 2 and FFXIV are often devoid of any major choice, and while the stories are compelling, your player character is replaceable by every other player in the game.

There is a reason for these streamlined experiences though. If the Isekai pipe dream is to be believed, the adventure you embark on and the players you meet are extremely important and require extensive play time and relationship cultivation in order to make your personal story compelling. Can players handle the time requirements and determination it would take to really nurture random player and NPC engagement if there were no matchmaking features, global chat, or quest markers in place to facilitate an encounter? Could you sacrifice quality of life features in favor of a more immersive world? There’s a very real possibility that players just can’t handle a game that endeavors to encourage mandatory long-term relationships.

Can You Say No Mo’ FOMO?

Let’s swing back to time constraints as a major reason why you may not be able to handle your Utopian MMO. There was a time where MMORPGs required some substantial play time to achieve anything. Sure, we can wax nostalgic about the months it would take Lineage players to level up, but these days, most MMORPGs will fast track you to end game in just a couple weeks. It’s kind of a sad affair when you take into consideration how much we gamers love the dopamine reward from the leveling journey, but these days it’s far too common for developers to stress that the real game doesn’t start until you’ve reached max level. This is somewhat of a fallacy, seeing as how most MMORPGs have launched with limited, buggy, and sometimes poorly designed endgames. 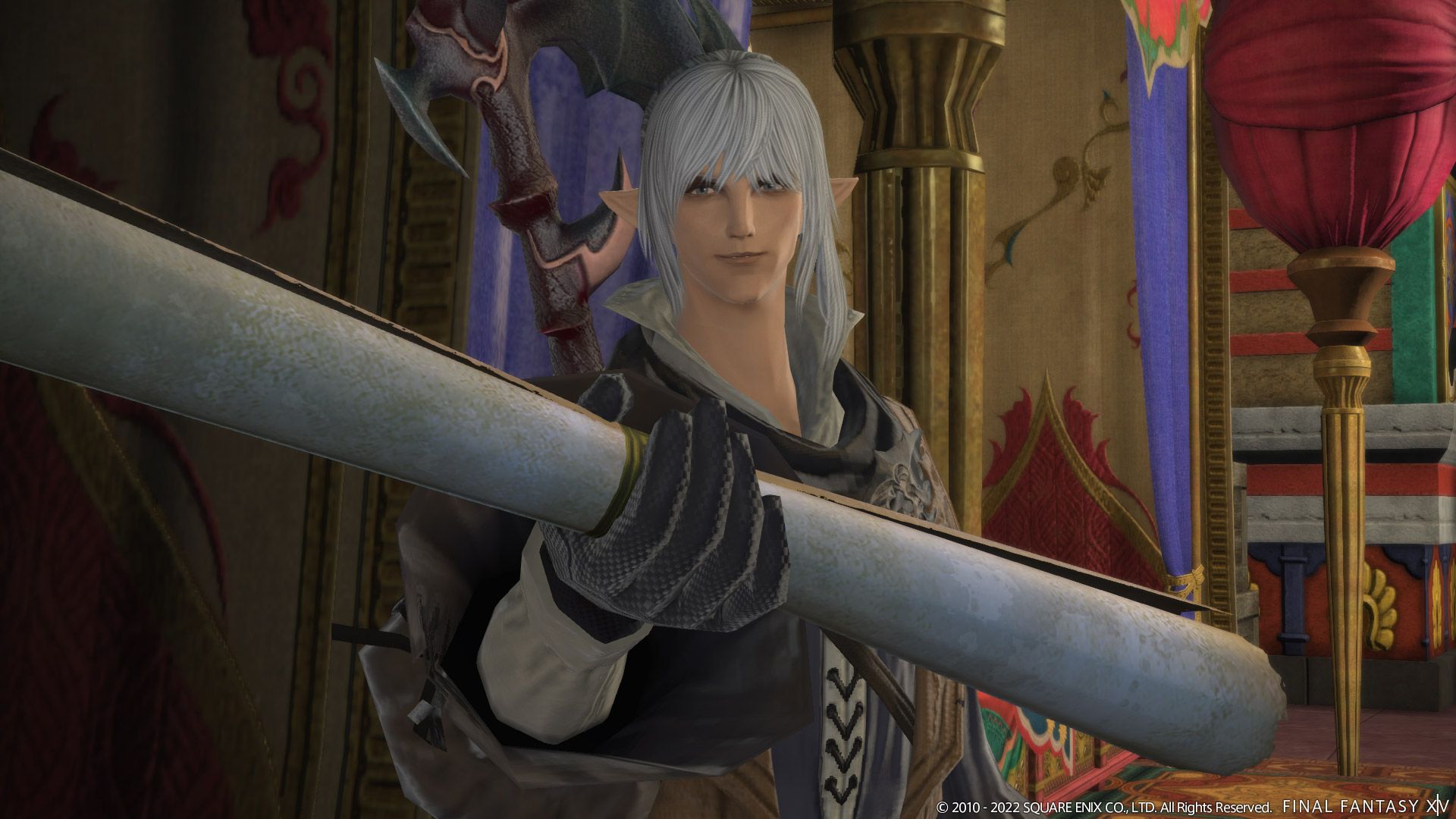 Somehow developers needed a way to ensure that players would return, and thus, the daily quest was born. Long gone are the days where developers vie for extensive leveling systems. Now, earning a streak of daily rewards through minor meaningless quests that account for just a bundle of minutes out of your day is often your recompense some studios muster to keep your attention. When you think about it, aren’t short daily quests kind of a necessary evil? When you look at the gaming genre as a whole, there is more competition and saturation in all genres than ever before. If you can commit to just a small 15 or 30-minute play session a day between games, if just for the meager rewards in between expansions, isn’t that a win? Many players, myself included, find daily quests more of a hindrance. Why not make general questing fun enough that you just want to do that every day?

Here we hit the next hurdle. In your utopian MMORPG world that you love endlessly, would your time in game completely diminish your wandering eye to new games on the horizon? If your new favorite game made your ongoing quest experience a lengthy, time-consuming endeavor, that rewarded you exponentially for your time but stopped you from playing other games, would that be enough to stop you from game hopping? Whether FromSoftware plans Elden Ring 2 or Blizzard launches a World of Starcraft MMORPG, it’s almost inevitable that in this age of FOMO (fear of missing out) that we gamers pack our chocobo pajamas and stay over at our new MMORPG’s world for a little while. Would you be able to handle a game that required an exhaustive amount of your time to progress at the expense of other games? There’s a definitive reason that so many games have shortened their leveling game and offer such brief daily quests. Perhaps players just can’t handle lengthy leveling anymore.

What Are These New-Fangled Contraptions?

We asked you whether you had the time for the best MMORPG in the world, and we asked if you could handle the type of world that encourages unique player and NPC experiences, but now we may have hit a major obstacle in whether or not you could actually handle a vast, immersive, exceptional MMORPG. That obstacle, put simply, is change. There’s no secret why the MMORPG genre has become somewhat cookie cutter over the past several years. The formula works, at least up to a point. Games that attempt to deviate are often from indie studios, and they rarely garner excessive player counts. We as gamers don’t necessarily like straying too far from our comfort zones either. However, every once in a while, something comes along and makes sweeping genre-defining changes. We’re talking about the World of Warcraft’s, the Fortnite’s, and the Pokemon Go’s of the world. 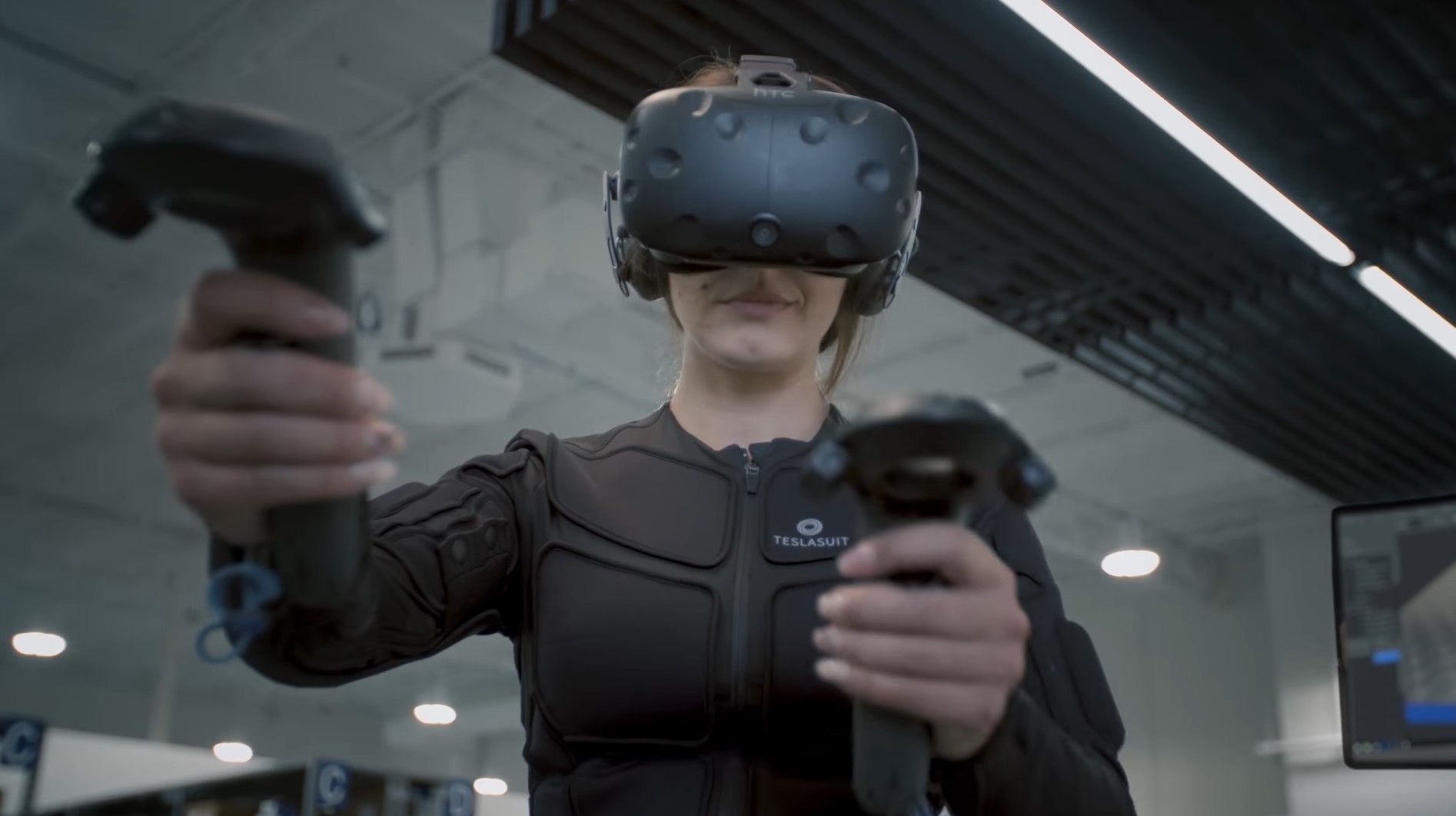 Some would say that in 2022, we’re in a perfect storm of new genre-changing developments. We have VR MMORPGs both in a release state and some in development. We have an unprecedented number of indie MMORPGs in development. We even have a subset of fledgling blockchain-based MMORPGs in development. Whether you love, hate, or are entirely impartial to any of these kinds of games currently being developed, there are signals that the genre is moving forward, for better or for worse. It’s always best to err on the side of caution when dealing with something you’re unfamiliar with, but it’s also a common thread for we gamers to reject features we’re unsure about, and often celebrate their failures as long as it means we’re right.

But like everything else that skyrocketed in popularity out of the blue, perhaps what we’ve been waiting for is the next technological innovation, the next genre-defining evolution, or maybe the next perfect-storm coincidence. Who here is brave enough to stand in defense of the new? Could you handle the next big immersive MMORPG if it required a head mounted display and haptic feedback suit? Would you be able to stay vigilant if the next phase of a premiere online world was predicated strictly on user generated content? Maybe players just can’t handle stepping too far out of their comfort zones.

Maybe You Can Handle the MMORPG

Being an MMORPG player over the past few decades has certainly had its ups and downs. Whether you’re a veteran MMORPG player that has been estranged from your favorite game, or you’re new to the genre and you’re enjoying your first persistent online adventure, it’s not completely unfathomable that something new and captivating is on the horizon that might garner your attention. We may not always know the path the MMORPG genre will take, and we may not always like where it is headed, but if you’ve battled the catastrophic launch days, the never-ending bugs and the endlessly shifting meta-builds, maybe – just maybe, you'll do more than notice and handle the next unprecedented fad MMORPG. You’ll welcome it.