When I first saw the Wrath of the Lich King Classic reveal, I was extremely excited and couldn’t wait to relive this expansion. Wrath originally launched when I was the most engaged with every part of WoW and the most interested in the storyline. So naturally, I was very eager to relive some of my favorite content in WoW. Unfortunately, the cracks in my enthusiasm started to show during pre-patch, and I wasn’t so sure about re-experiencing Wrath. After spending a reasonable amount of time on my Druid, I think I’m returning to the fold on this one.

Part of the issue was it was somewhat buggy when I did it. For example, when I did the section where I needed to claim my mount and entered the shadow realm, literally nothing other than the environment existed. Nary an NPC or other player to be found anywhere, and I assure you I looked everywhere to ensure I wasn’t just confused about where I needed to go. Ultimately, I needed to drop the quest and pick it back up again, which also took me logging out and back in to accomplish. That was definitely the worst bug I ran into during the DK experience, but there were a bunch of others as well, which just made the whole experience a whole lot less fun.

In addition to the issues getting through the storyline, I also realized that as a story device, I am just 100% done with Arthas and want nothing at all to do with him. This is largely because his presence has loomed over WoW, especially since BfA, and I’m just tired of it. Yes, he hasn’t been actually present in a long time, but the reverberations of what he did have been shaping events for years. Shadowlands made that even more clear than it was before, and I’m just ready for anything that has nothing at all to do with Arthas. Even though I know the whole point of the DK starting area was throwing off his shackles, as the player, I felt vastly less agency over that than I remembered. By the time I finished the DK starting zone, I was beginning to wonder how I would manage to get through the rest of the expansion. 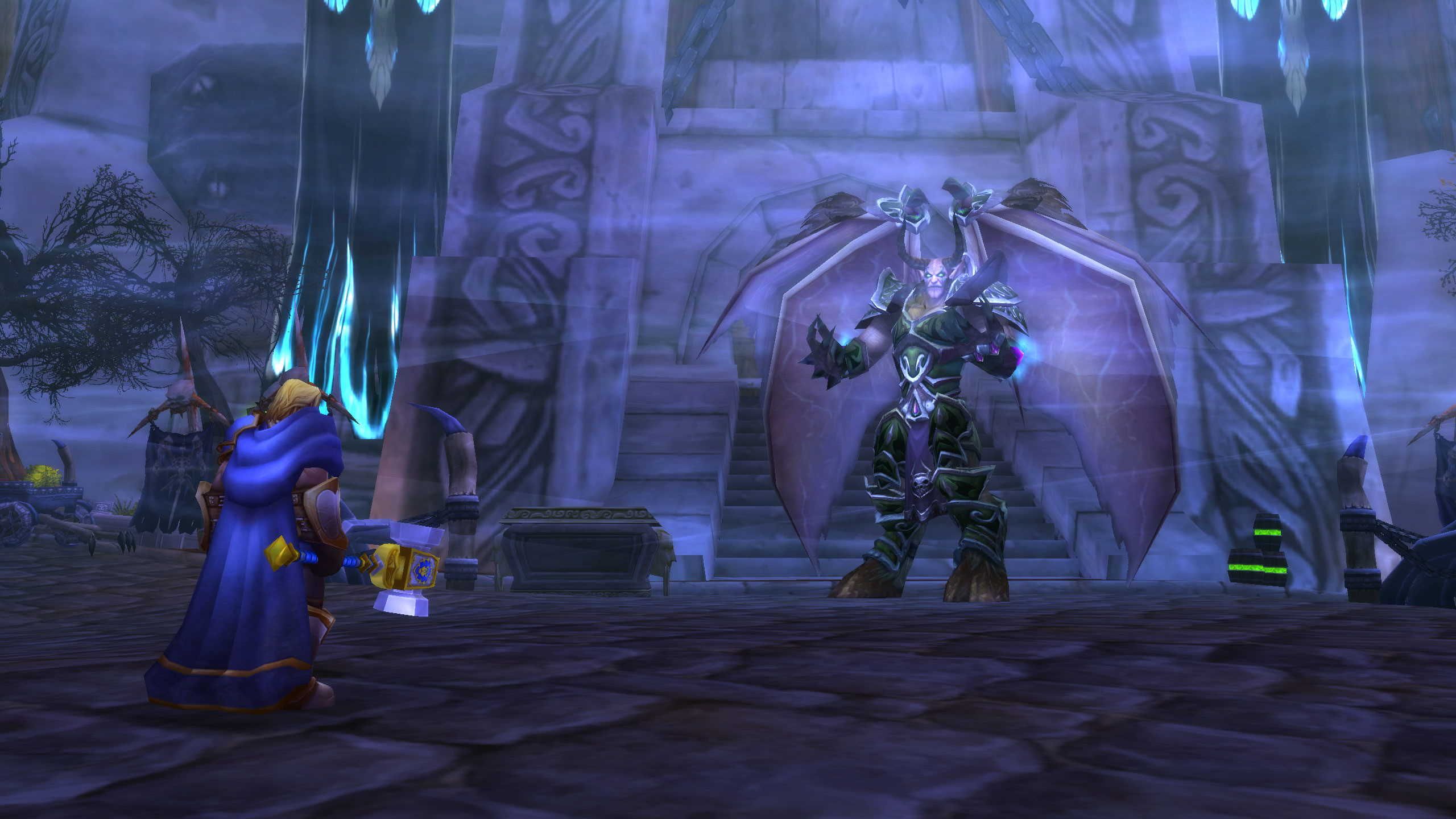 Then the launch of Wrath Classic came, and it just feels like the least polished Classic launch we’ve had so far. I’m lucky in that I play on a server that is busy enough that I don’t have trouble finding groups for things on the rare occasion no one in my guild is running what I need, but not so large to have the issues servers like Benediction have been having. Nonetheless, there have been plenty of issues to go around. The queues and needing to be teleported to Northrend issues are one thing, but there have also been massive issues with the Battle for Undercity questline, which is a huge part of the storyline and not something players can easily skip and come back to.

All of the aforementioned problems aside, I did start enjoying everything once I started leveling my Druid in Howling Fjord. It’s always been one of my favorite zones, and being back there was quite refreshing. Also, somehow I had forgotten about the javelin riding part of the storyline there, so that was a blast. I do still resent having to buy flying again, and getting a letter in the mailbox right after starting my journey in Howling Fjord letting me know how much cold weather flying is, was frustrating but also hilarious because I’m not going to be able to buy it anytime soon. As I progress through the various zones, I am interested to see how my experience will vary. Dragonblight has also been fun and has a lot more variety to it than I remembered. So it might really just be the DK starting experience that was the letdown for me. 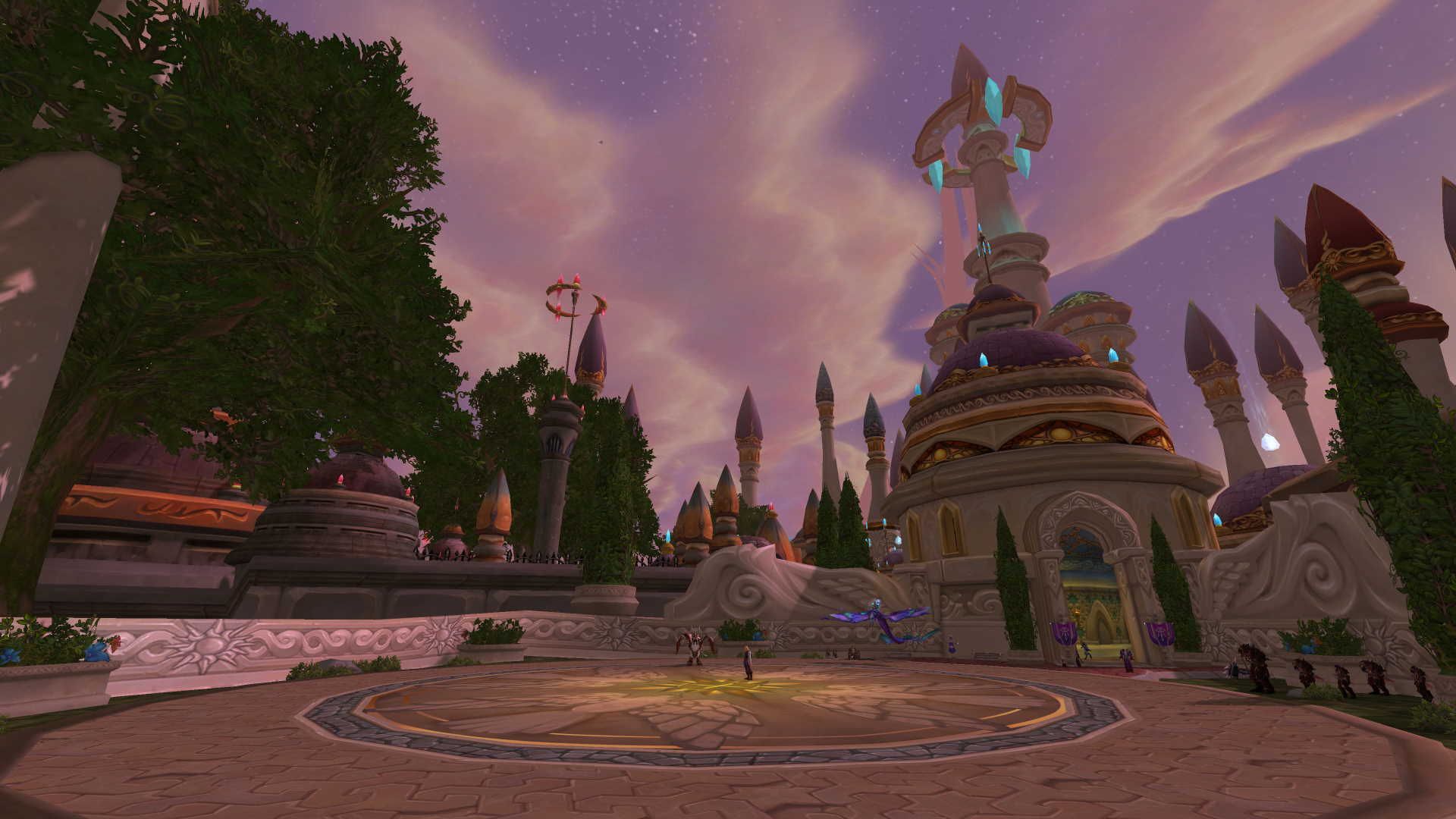 I do also need to mention that I have been really enjoying running the dungeons again. I didn’t even realize I missed these dungeons, but I am finding myself running them even when I don’t have quests or need anything from them. Despite having a very active guild, I have used the LFG tool to find groups a few times, and it’s been a decent experience. Obviously, it isn’t as easy as an automatic group finder would be, but this isn’t bad. The thing with LFG, though, is your experience will vary greatly depending on what server you are on and what faction you play. I’m sure if I was Horde on my server, my experience with LFG would be much worse.

Although Wrath Classic did get off to a very rocky start, things do seem to be getting better overall, which is a positive sign. As I get further into leveling, I also find the experience generally better overall. However, very high-population servers will likely continue to have issues for a while, and there isn’t much that Blizzard can do for that aside from offering free transfers. It’ll be interesting to see how everything unfolds over the next few weeks.