A little over a week ago, Blizzard launched their eighth expansion Shadowlands. This expansion features the new zones, story, and systems we have come to expect from a World of Warcraft expansion and features the first-ever level squish and a complete revamp of the leveling experience. Although some max level activities haven’t started up, it is still an excellent point to check how things are going so far. 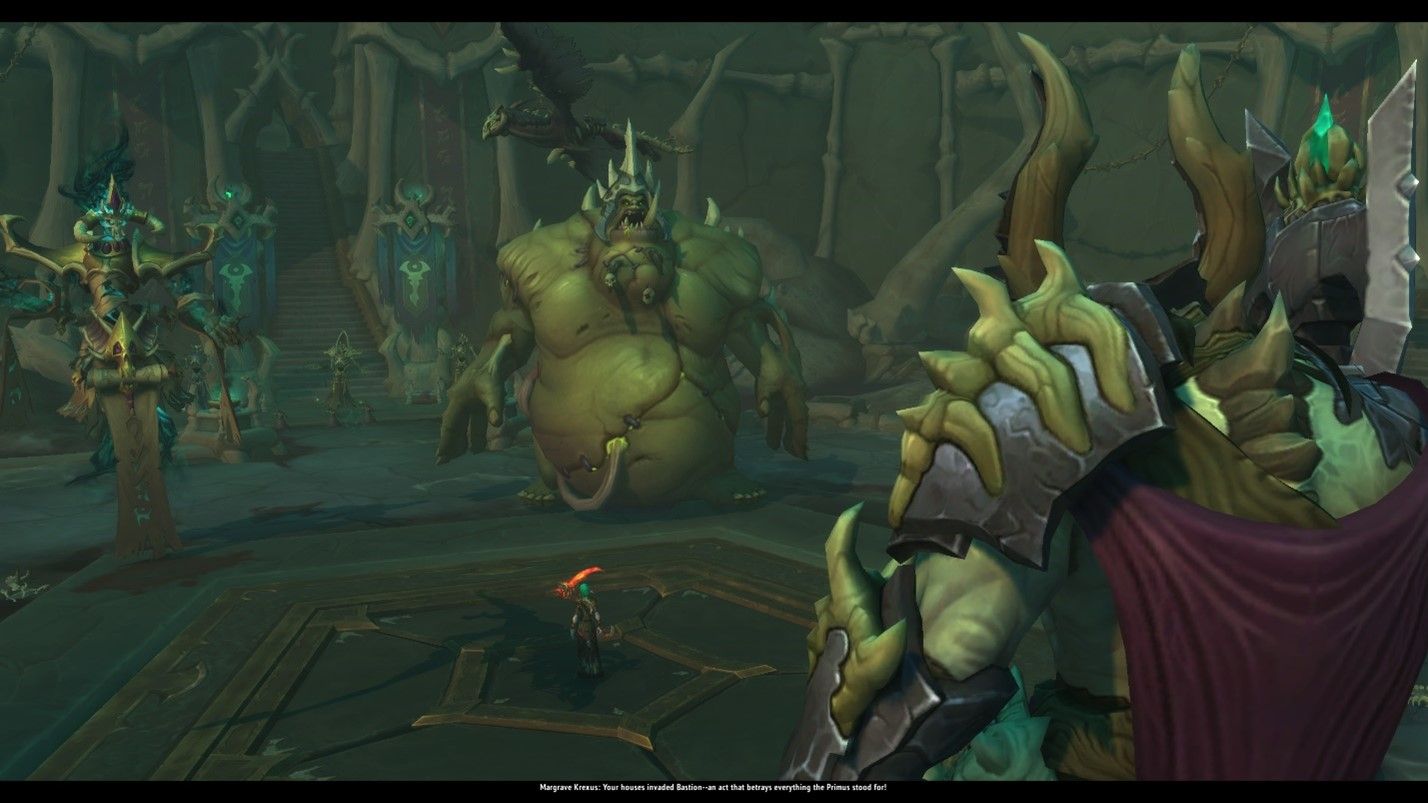 Launch day, as always, was a mixed bag depending on who you talk to. I experienced no issues at all. Logged on, went to Stormwind, started the questline, and went to Shadowlands, all without a hitch. Some servers experienced queues, but that goes without saying when playing on a high population server and masses of people suddenly all want to play simultaneously. Oddly enough, I play on a high population server, but we haven’t had any queues. All of that is standard fare for a new MMO or expansion launch.

Some of the other issues are not so common. Some of my fellow guildmates had problems with launching the game, rampant dc’s, and their character pages being empty when they finally could log in. These issues weren’t just relegated to my guild; the forums had many players reporting the same problems. Another common issue was players getting errors when they tried to enter Stormwind. What’s most interesting about all of this is that I had all of those issues for a week after pre-patch hit. Most of them cleared up quickly, but it took a week and a ticket with support before I was able to get into Stormwind. They weren’t able to figure out what was going on there; it just started working again. Despite how frustrating these issues were for the people who had them, they seemed to have affected a minority of players and seem to have cleared up at this point. 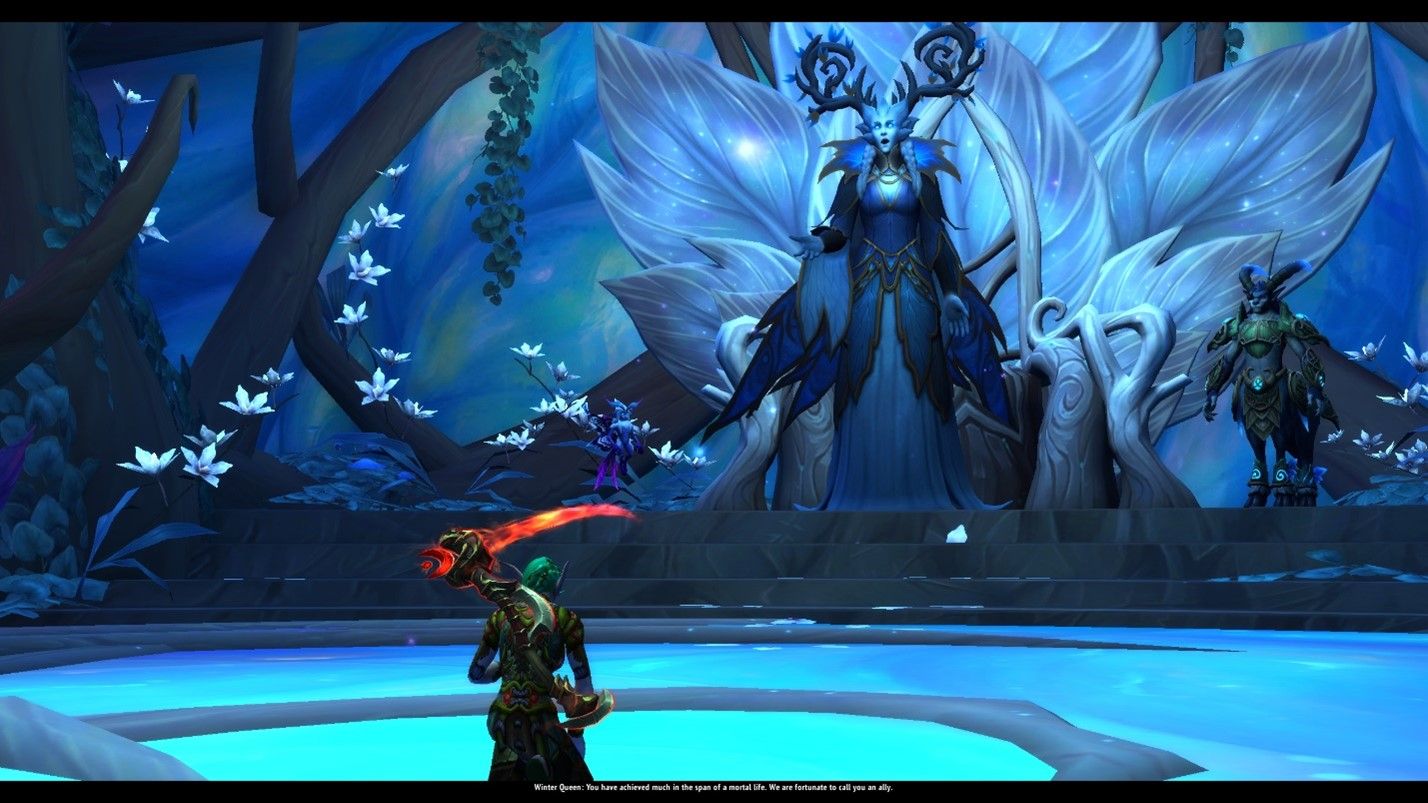 Aside from those issues, there was also a host of bugs and issues which have cropped up. Some of which, particularly those fixed on the 23rd or soon after, were known and reported in beta, but it’s safe to assume those just couldn’t be fixed before Shadowlands went live. I do have to say Blizzard has been really on the ball with the hotfixes this time around. Obviously, not everything has been fixed, nor will we likely ever reach a state where there are no bugs at all, but we’ve been getting hotfixes almost every day since launch.

I know some people will say, “but Blizzard had an extra month to work on this everything should be fixed.” There are many reasons why that’s a flawed line of logic. Still, one of the more significant reasons is they didn’t delay Shadowlands specifically to fix bugs but rather to address issues with the endgame systems and experience. As someone who played throughout alpha and beta, I can tell you there was a lot of polish done throughout the expansion, specifically in the leveling zones. There were also a ton of changes to how to max level content unfolded and progressed. I’m not giving them a total pass on things but expecting the expansion to release with no bugs with one extra month of work is beyond unrealistic. 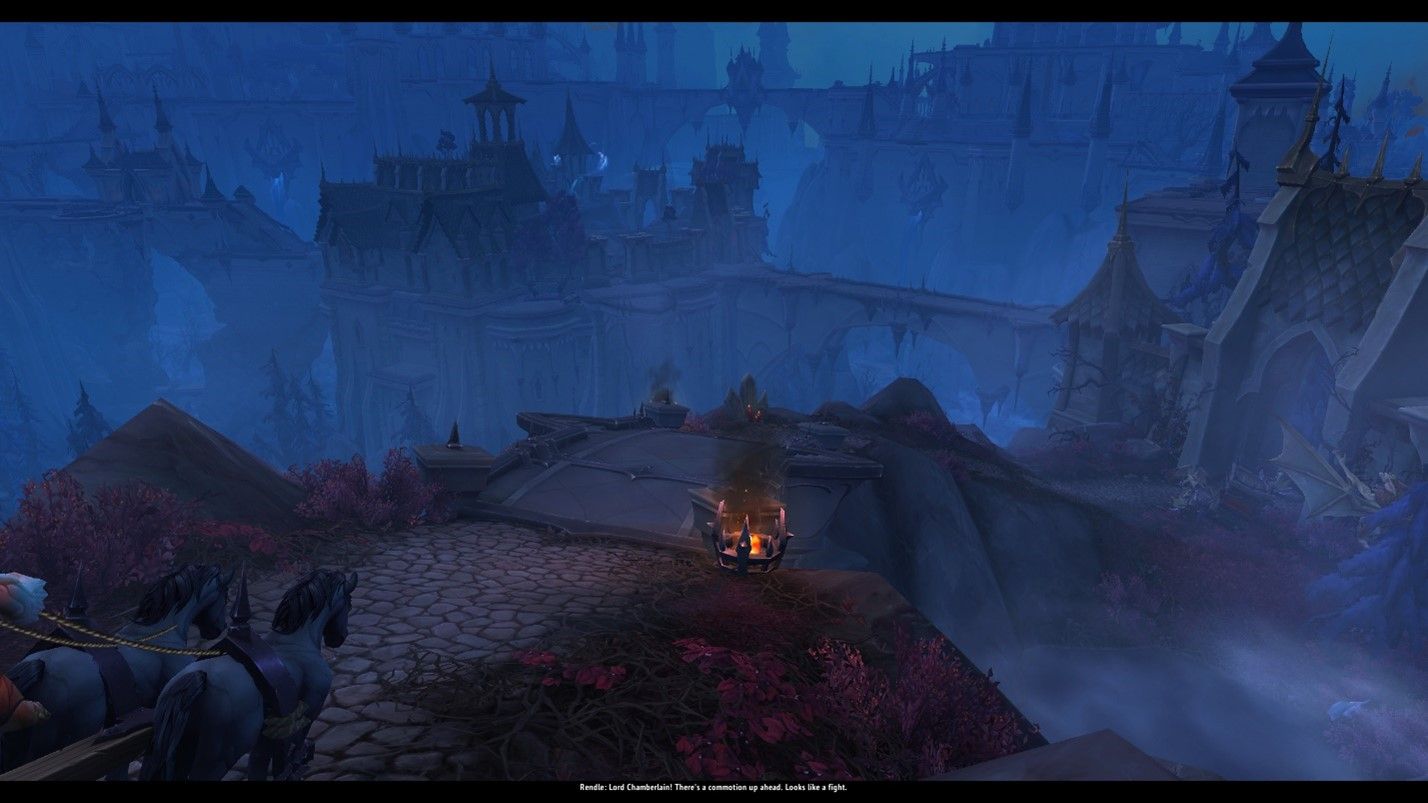 As I mentioned earlier this week, I wasn’t looking forward to the linear storyline for leveling in Shadowlands. I enjoyed the self-contained storylines, which I could experience in any order I chose, in Legion and BfA. Despite this, I did enjoy each zone and the overall storyline, which was covered while leveling. However, despite each zone having something at the end of its story to lead directly to the next one, they still felt like loosely connected vignettes. Each zone is completely different in both tone and look, and they were only loosely connected at the beginning and end of each zone story.

My only real complaint about leveling is Revendreth felt like it took forever. One reason for this was I entered Revendreth at level 58 after having a four-day break from WoW while I was out of town, so I was anxious to get to 60. The second part was while Revendreth had some double duty, which the other zones did not. Every other zone only had to show us what they were about and the main thing threatening it. Revendreth had to do that, and then also set-up the first raid and why we have to go there asap. Oh, and to remind players about Torghast and what it is. It was well done, and it really couldn’t have been done earlier in leveling. I just really wanted to get done with it, so I could start on my covenant stuff! 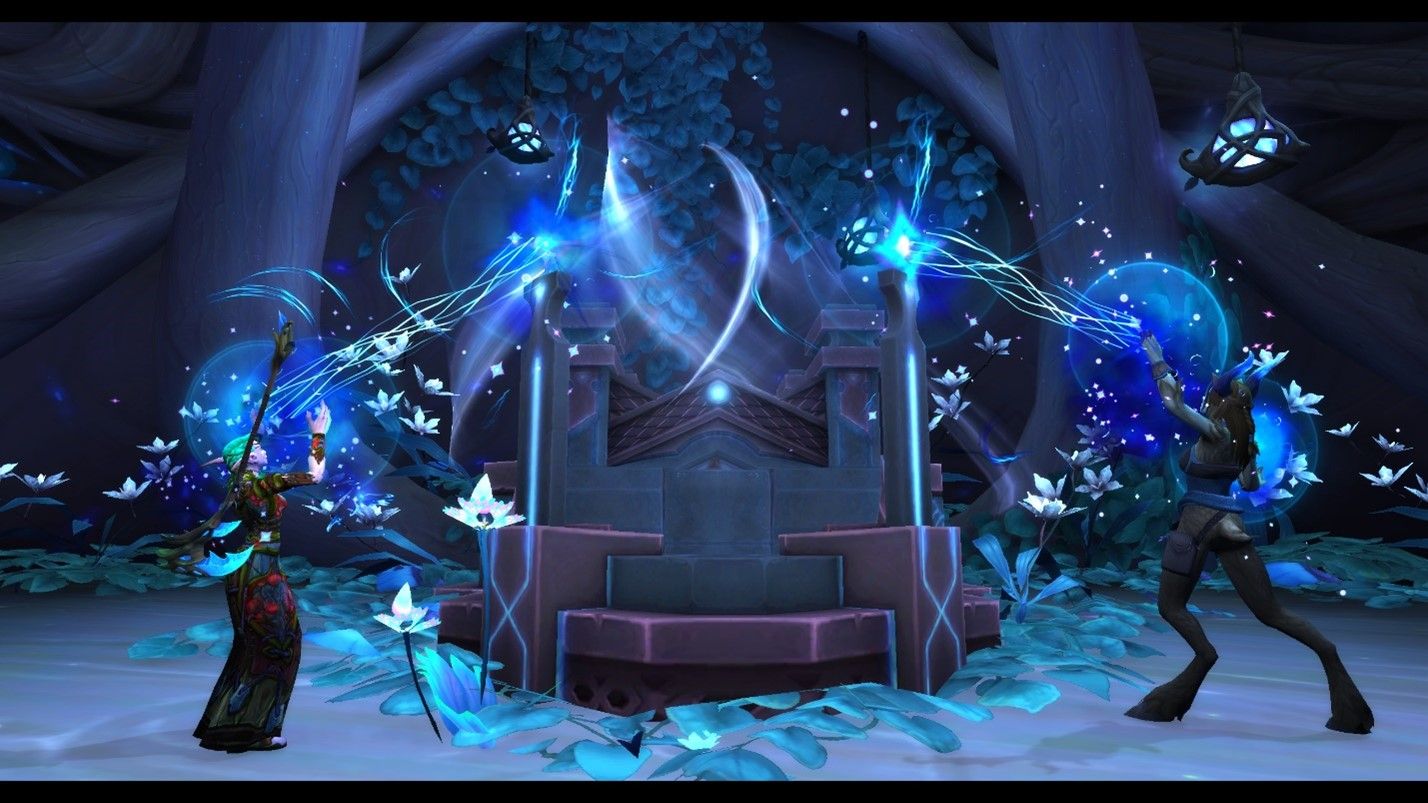 After picking my covenant, I quickly realized the whole “learn about your covenant hall, and what you can do here” questline had been drastically changed from what I experienced in the beta. The last time I did the covenant things, everything was dumped on me all at once, and honestly, that was a bit overwhelming. Now everything is piecemealed out, and it took a while to get to unlock Torghast. I’m at renown three currently, and I don’t think I’ve even opened my mission table yet. I certainly haven’t been taken there by a quest or anything yet. As much as the original way was overwhelming, this is a bit too split up. Especially since I have had limited playtime this past week, unlocking things has gotten so spread out that I’m not even sure where I am in the process anymore.

One thing which is just as much fun as I remember it from beta is Torghast. I was initially disappointed to hear that there would only be two wings open per week, and only layers 1 – 3 would be available until the raid opens. However, there’s already so much to do at max level I’ve come around to be glad there’s currently limited content in Torghast. I haven’t ventured into it solo yet, but it’s been a lot of fun with my guildmates. Also, the quality of life addition of once you’ve completed the first three layers, the next time you only have to do the third layer to get all of the soul ash for all of the layers is excellent. Having to do everything from the beginning every time would have made Torghast boring in a heartbeat. Especially once all eight layers open. 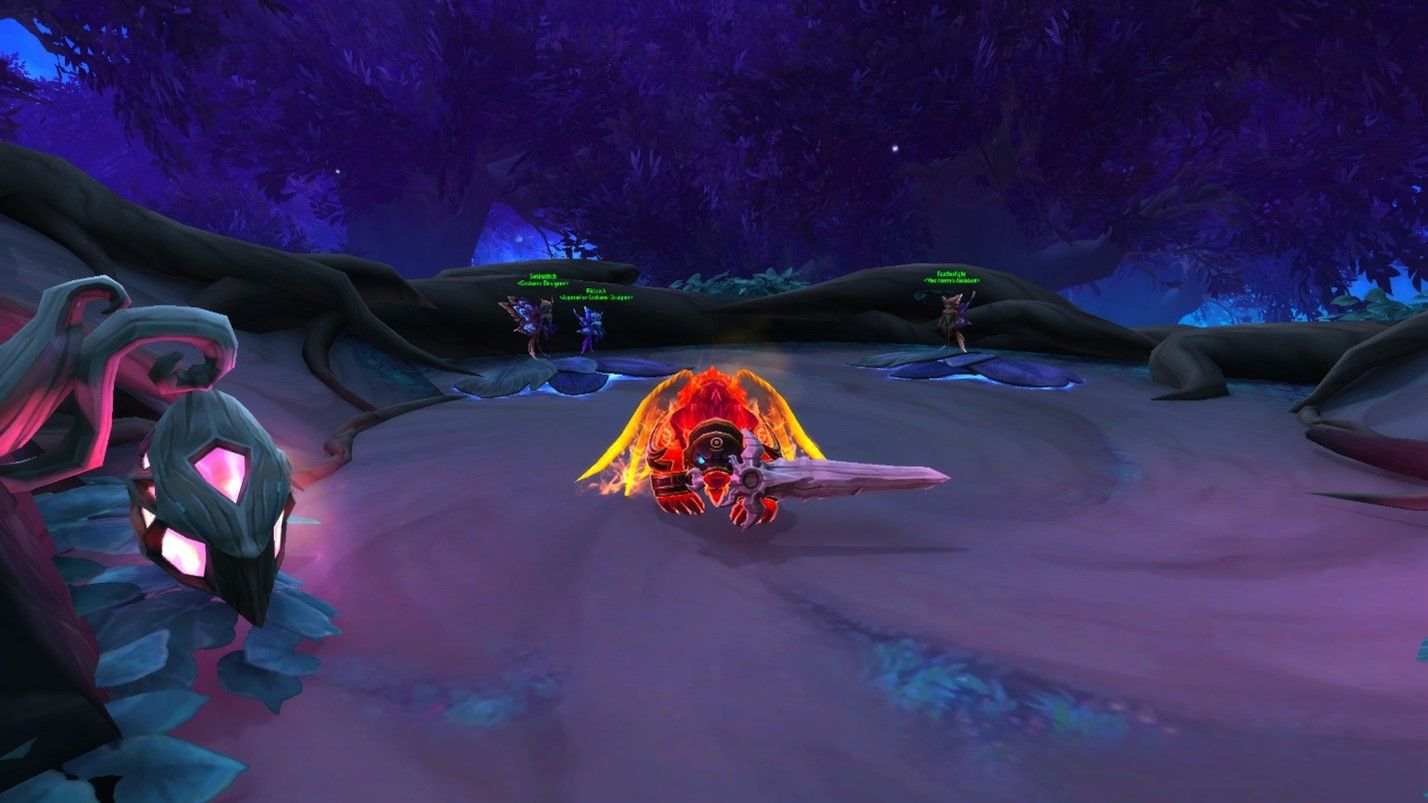 Now that I am max level, I need to focus on getting all the animas and gearing up for the raid. Additionally, there’s been a lot of feedback and comments about the whole threads of fate option for leveling alts, so I’m going to have to check that out. It’s such a completely different take on leveling alts I have to check it out. Right now, this is a solid start to an expansion, and I can’t wait to see the next phase.