For most people who enjoy World of Warcraft, the primary source of joy comes from its gameplay. Whether it is the grind, the hunts for transmogs and mounts, or gearing up to take on raids with 24 of your friends, the gameplay keeps people hooked. But for a select community, World of Warcraft is a platform for storytelling and personal character exploration. Roleplay-centric servers like Wyrmrest Accord and Moon Guard are both popular platforms where players have gotten a chance to gather in community and RP as adventurers, guards, cultists, and much more.

But in doing so, roleplayers have also created their own little world and contribution to WoW’s history. It’s been said that more than a few of Blizzard’s developers linger among the RP community, interacting and playing together (not that they would reveal themselves). And as they have done so, their words and actions have influenced the very game that most WoW subscribers enjoy.

The most notable example for many roleplayers was the incorporation of Jed' hin into Azerothian canon. This sport was introduced to most players during patch 7.3, Shadows of Argus, where players soon gathered their forces to take on their demonic invaders on the Draenei homeworld of Argus. While Argus is a world defiled by the Burning Legion, its history remnants continue to linger about through ghostly memories. People often wonder about the cities, clinging to their existence. In the zone of Mac'aree, players find a world quest where they can take on the forms of Draenic wrestlers and fight until the other has submitted.

The quest is about a sport that many roleplayers have practiced for years prior, primarily as a player-made canon invented by Andrea Silva-Bianco AKA Isei-Silva, an artist and active player, who we reached out to through Twitter DMs. According to Silva-Blanco, the idea came to her due to the stagnant nature of Draenei lore. Draenei had not gotten a lore update since Burning Crusade and were losing popularity among roleplayers. So, in order to build and encourage some creative lore development for Draenei, Silva-Bianco invented a sport centered on Draenei that fit the setting and would be easy to play. The wrestling mechanic drew from a mixture of sumo influences and the goat-like nature of Draenei, focusing primarily on strength contests and ring-based combat.

Years later, Silva-Bianco tells us via Twitter DM that a Blizzard GM approached her to see and said that she would consider writing up a guide to Jed'hin and pitching it to Blizzard. This would be just in time for Warlords of Draenor; which had an explicit focus on Draenei society. So she did, only to hear nothing back from the company. It seemed like the end of the story. But during the 2016 Blizzcon, Silva-Blano noted that "after Legion's launch, during that year's Blizzcon, my friend sat me next to them for the Argus trailer reveal just to see my face" She explained. "not only at the plethora of Draenei lore that Argus would bring to players, but also to let me know Jed' hin was going to be included in the game! I was floored. Apparently, Blizzard had liked the idea of Jed' hin and enjoyed its player base popularity, just that due to time constrictions, they couldn't include it in Warlords of Draenor at the time." Isei would sign an NDA afterward and assist in developing Jed' hin behind the scenes.

When goblins were introduced in Cataclysm, players were ecstatic. Finally, the opportunity to play as the short green financial masters who had been around for so long. Players had some limited insight into the goblinoid cartels running the world due to the RPG books that Blizzard had released prior. These books mentioned the 'Trade Princes', a group of goblins who managed the criminal enterprises. These monarchs managed trade and development among the cartels. However, only a few of these trade princes were named. And all of them were male. This inspired a passing thought among some fans; what if there was a 'trade princess?' 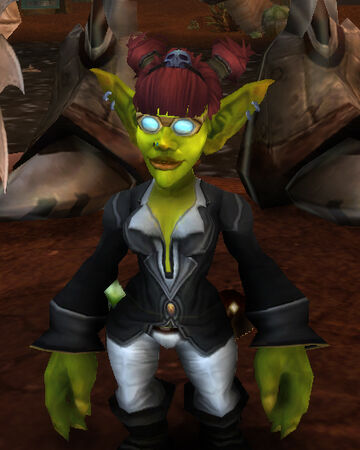 This was the thought behind one of the longest threads in the Cataclysm forum's history. While the forum was taken down a while ago, you can still read an archived version to see the whole story. Even before the goblins' announcement as a race, players began to speculate about a female trade-prince of their own, called Mida Silvertongue. Fans described Mida as a 'a rogue, engineer, and could sell refrigerators to the Tuskarr. She also has a mutual platonic flirting thing going on with Vol' jin. She's clever, shrewd, and comical with a twisted sense of humor and an alchemical golden touch…' Over the thread's length, Mida received fan fiction, fan art, and many accolades. When goblins entered the game, players on Wyrmrest Accord formed <For Her Tallest>, an RP guild dedicated to Mida herself.

What helped situate her place in the fandom was the plight of Gallywix. Trade Prince Gallywix commits several crimes against goblin-kind throughout the goblin starting zone. This includes selling all his fellow goblins into slavery, hiring pirates to kill party guests, brainwashing his own people, etc. And yet, at the end of the zone, Gallywix is anointed Trade Prince of Bilgewater by Thrall himself. All of this left a nasty taste in player's mouths. But what further cemented it was the lack of Gallywix in-game. While other race leaders may exist in the capital, Gallywix had just disappeared.

But Mida could. In one of Cataclysm's patches, an NPC named Boss Mida (Her Tallness) came about overseeing the goblin slums in Orgrimmar. While Gallywix did eventually become a prominent character in WoW lore, Mida's presence in both Orgrimmar and throughout the lore offered players a well-received reward for their hundreds of pages of fan support for the female trade prince.

One of the cornerstones of roleplay on Wyrmrest Accord has been its Dwarven community. For years, the dwarf roleplayers have formed and maintained a tight-knit community of dwarves and gnomes known as The Mead Hall. The Mead Hall has organized several events on WRA, from their festival-Esque moots to military campaigns to weekly pub events. One of the most notable events was that of the Cask N’ Anvil, a weekly pub event organized by veteran roleplayer Modarin in Ironforge. The dwarven roleplayer originally inherited it from another player and has kept it running since it started in 2009. 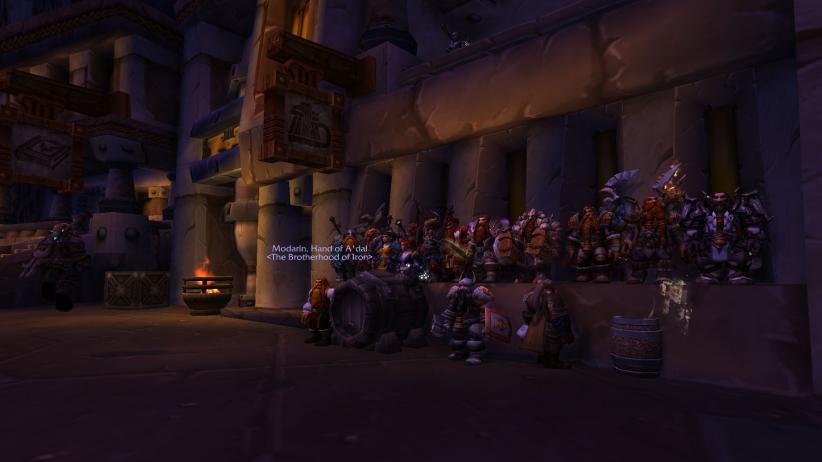 With an event like that lasting as long as it did, it deserved some accommodation. The dwarven roleplayer Fatmike began a petition on the forums to get the Cask and Anvil some recognition. The Mead Hall immediately got behind the endeavor and vocalized their support. (The thread has since been deleted due to Blizzard’s deleting old forums)

According to Bathildis, one of the Mead Hall’s primary organizers, they didn’t learn about their tavern getting recognized until March 29th, 2017. “...We were pretty shocked. I actually remember discovering it and nerding out to everyone in our community discord” noted Bathildis. “we were about to attend an event, and I returned to [Ironforge] for something. Saw it flying by, and we straight up canceled the event so we could all come marvel at it. They added a subzone, tavern music, and the sign." Modarin added, “It was one of those things I didn’t believe until I saw it!” The addition was later promoted in the Royal Courier, WRA’s Alliance newspaper, becoming a major point of pride for several players.