Calls for nerfing, or diminishing an ability, item, or class that is perceived to be out of line with the rest of the game, is common in many MMO communities. Such discussions can become contentious in player-vs-player (PvP) settings, particularly when these abilities are only available to a specific player faction. Consider the Paladin and Shaman classes in classic World of Warcraft, which were originally only available to the Alliance and the Horde, respectively, when the game was released in 2004. The WoW forums at the time were ablaze with people complaining about these classes and demanding they be nerfed.

Thus, it is perhaps no surprise that so many PvP games tend to have symmetric game design, i.e. giving all factions access to the same abilities, spells, and items. With the first WoW expansion in 2007, The Burning Crusade, Blizzard hastened to make Paladins playable by the Horde through the new Blood Elf race, and Shamans by the Alliance through the Draenei. Even hardcore PvP games, such as competitive first-person shooters like Counter-Strike: Global Offense and Call of Duty: Warzone, provide the same selection of weapons and classes regardless of the player's team. It just makes for less headaches when balancing a game since there is less risk of one faction becoming overpowered compared to the others. 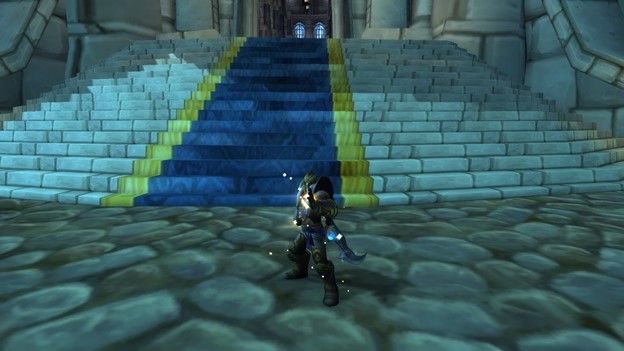 A Human Paladin in World of Warcraft. The Paladin class was restricted to the Alliance when the game was released in 2004. (Image courtesy: Soupkingc#7092)

But sometimes a little headache is a small price to pay for a superior game experience. I am here to argue for asymmetry in MMO design and why it can be a beautiful thing for a PvP game.

You can see some of this already in the recent category of "hero shooters", such as Overwatch and Paladins, as well as MOBAs, such as Dota 2, League of Legends, and Heroes of the Storm. In these games, choosing the right hero with its unique abilities for a specific match is key to success, and the resulting opposing teams will almost invariably be asymmetric. Not only does this result in a more dynamic "meta-game" (or "meta")--strategizing about a game outside of its actual in-game boundaries--it arguably also leads to more interesting lineups, more unpredictability, and more varied gameplay during a match.

However, asymmetry in MOBAs and hero shooters is an illusion---choosing a new hero is easy, and there is nothing to prevent a team from selecting the exact same heroes as their opponents.

In a faction-based MMO, the potential for true asymmetric game design is much greater. Examples of such games include the pioneering EverQuest 2 (2004), the now-defunct Warhammer Online (2008), and the venerable Dark Age of Camelot (2001). In these games, you don't just choose a pre-made hero; you have to roll your character, level it, and equip it before you eventually enter PvP. The role-playing game aspect makes the difference. 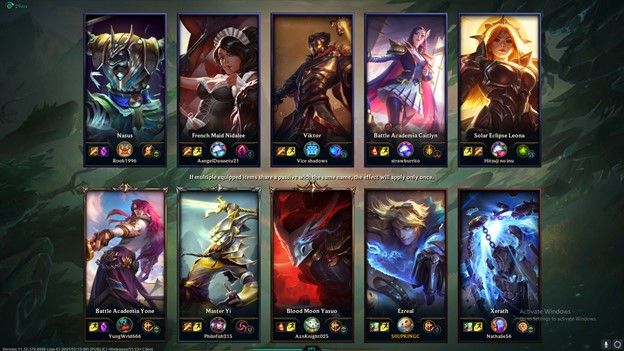 Consider EverQuest 2, with a total of 26 classes, 18 of which are open to either Good or Evil factions, and 8 of which are unique to one or the other. In Warhammer Online, players chose between Order and Destruction, with three races per faction and four classes per race. And in Dark Age of Camelot, there are three realms, with 15 classes per realm.

In some of these games, the differences between the factions are mostly cosmetic. For example, the Greenskin Choppa is matched by the Dwarf Slayer in Warhammer Online just like the Assault, Recon, Support, and Medic classes are open to both sides in a Battlefield match.

But in a true asymmetric MMO, pitting this plethora of classes against each other yields a combinatorial explosion of different characters, abilities, and spells. It increases the complexity of the game a hundredfold, both for the designers as well as the players.

The classic MMO Dark Age of Camelot from 2001 is a prime example of this particular school of asymmetric game design. With its 45 classes spread across three realms, there obviously exist certain class archetypes that are common between them: tanks, healers, damage dealers (DPS), and utility. However, the specific abilities that define each of these categories are unevenly distributed across the classes for each realm, thus avoiding one-to-one counterpart classes. For example, the DAoC Healer class from Midgard both handles crowd control as well as healing, whereas that job is split across Sorcerers and Clerics in Albion, and across Bards (who admittedly do some healing) and Druids in Hibernia. Furthermore, there are also abilities that simply don't have a equivalent in the other realms: Albion have Theurgists, which can spam multiple disposable pets to interrupt the enemy casters, Midgard has Bonedancers and their totems, which provide localized area effects over time, and Hibernia has Animists, which spawn mushroom turrets that can lock down an entire area. These unique abilities add further complexity and flavor to the game. 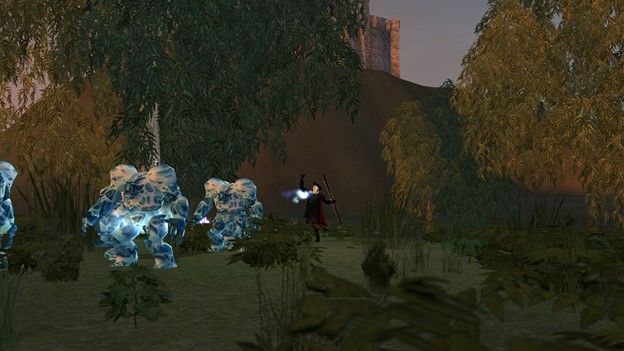 Albion Theurgist in Dark Age of Camelot casting spammable pets, which can be used to interrupt enemy casters. No comparable class exists in other realms.

Casting the net wider, it is often asymmetry across factions that makes for compelling conflicts. Consider a game of Civilization VI, where a Japanese Samurai may easily end up facing off against a Spanish Conquistador, or where a modern tank may have to fight a horde of spearmen. Or, consider even the notion of asymmetric warfare, such as Finnish WWII freedom fighters fending off a numerically and technologically superior Russian force through guerilla tactics and surprise attacks. It makes for a far more interesting narrative than two identical armies squaring off and duking it out.

While asymmetry has many advantages, it also represents a significant challenge to both players and game designers. For players, recognizing an enemy class is key to countering them effectively, and this is even more difficult when encountering a group of enemies. For designers, every combination of every class against every other class must be evaluated in solo, group, and zerg situations to ensure game balance. As every long-time DAoC player can attest, this balancing process of nerfs and buffs characterized much of the early few years of the game, where dominance ebbed and flowed between the realms as well as between melee and caster groups. It was what Blizzard chose to opt out of by making Paladins available to the Horde, and Shamans to the Alliance. And it is what many game designers even today are choosing to avoid by designing symmetric factions for their PvP games.

I'm here to propose a return to the asymmetric school of game design. To argue for players having to squint their eyes and engage in qualified guesswork in the heat of battle to best handle a charging enemy. To embolden game designers to have the courage not to create a one-to-one counterpart for each player faction. And to instill in us all that the world does not have to be symmetric to be interesting; in fact, it may well be the opposite!

Featured image: An Orc Shaman in World of Warcraft. At release, the Shaman class was restricted to Horde players only. (Image courtesy: Soupkingc#7092)