This was the first proper dungeon I ever ran in an MMORPG. I didn't play World of Warcraft when it launched (couldn't afford the sub at the time), and with games like RuneScape, which I did play a ton in high school and early college, nothing really stands out as memorable.

However, the Great Barrow in The Lord of the Rings Online was my first dungeon where things started to click. It was 2007 and I had just stepped foot in Middle-earth for the first time a week or so prior. LotRO being my first "proper" MMORPG, it took quite a bit to get my bearings in game. Learn the ropes, so to speak, especially as I was going through this grand endeavor with a high school friend at the time. We synced up when we could play, we chose classes that would complement each other (I, a hunter; he was Ormaz the Lore-Master).

So when it finally came time to do our first major instanced group run in The Great Barrow, I was filled with excitement. What would this feel like? I had heard stories about hard to combat bosses - would we encounter any of those in this Barrow?

We had ventured into this exact barrow earlier in the storyline, with Tom Bombadil coming to our aid in our hour of need. However, Bombadil wasn't in the party, just Eldalye the worst Hunter on Nimrodel, Ormaz, an "okay" LM, and a few others I can't remember the names of, though they were definitely more experienced than I was. 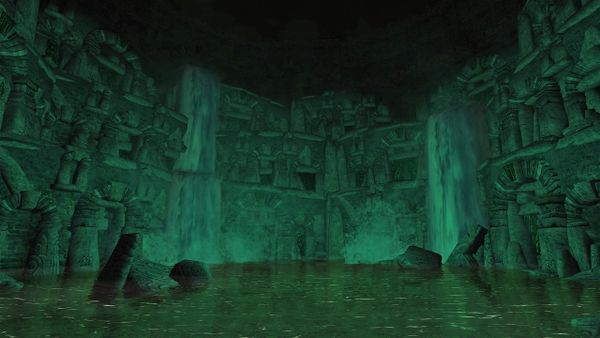 Running through the winding corridors of the Barrow, I pulled groups of enemies towards our Fellowship, setting up our LMs and Guardian tank to take them down. I felt pretty invincible, until the wave of dread came over my character when Thadur entered the scene.

Fighting this boss without screwing up took all my cunning and skill - I was a pretty bad MMO player back in the day, especially playing LotRO at a paltry 20ish FPS on my not-well-equipped PC at the time. Dealing with the adds while still focusing on Thadur, this felt like some inkling of what my friends described from their days in WoW or Ultima Online even.

While the Great Barrow is not really the pinnacle of quest and dungeon design, definitely still even today standing as a bastion of that era of MMO development, it was the first major dungeon in an MMO I ran with a group. It stands out in my mind as the one that really lit the fire under me to seek out experiences like this one again. It's what prompted me to start my own Kinship, one which still continues to this day.

Was there a dungeon - either your first or simply the first one where things seemingly "clicked" for you that made you fall in love with the MMO you were playing, or even the genre as a whole? Let us know in the comments.