Tower of Fantasy has only been out for a couple of months, but the next big expansion is on the way. Earlier this week we attended a demo presentation that described everything that the new content has to offer. Update 2.0 will introduce Vera, the next major update to the game. New continents, world bosses, environmental effects and characters are all part of this major update, but is it enough to bring you back if you’ve already moved on?

For many of you that gave Tower of Fantasy a go when it first released back on August 10th, 2022, it’s highly likely that you’ve run through the majority of the content, including the recent update of Artificial Island. If you haven’t played Tower of Fantasy up to this point, you may wonder if it’s worth it to start playing now, especially when the game time-gates story progress, which means that you wouldn’t actually make it to Vera for a few weeks. We posed this question to the Tower of Fantasy team and Veronica Cai, Senior Publishing & Live-op Manager of Tencent, was able to confirm that new players, as well as those that haven’t completed the entire story, can jump directly to Vera content if they so choose. New players will have the option to skip directly to Hykros, skipping the time gates and originally story, arriving in Vera along with everyone else. According to Veronica, the new story is starkly different than the original story, so players will not have to worry about any story spoilers if they chose to skip it at the time Vera launches. 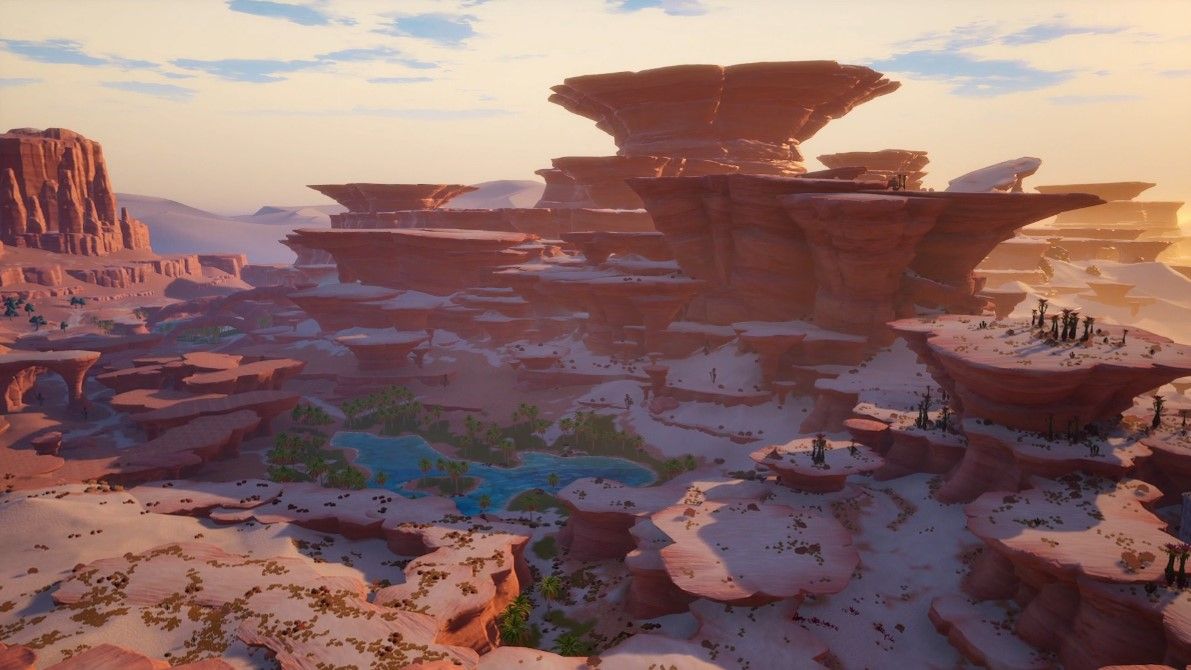 Once in Vera, you’ll notice two new distinct Biomes: The Irradiated Wilderness and the Desert Gobby. Each of the new areas are unique in nature and have their own environmental effects. The desert is a treacherous place for wanderers. While it may be dangerous when you adventure out into the desert sands, the team believes players will marvel at the landscape, especially during sunset, where the view of the harsh landscape is painted beautifully by the setting sun. Despite times where the world may look docile, traversing the desert will be difficult. There were three examples of treacherous conditions that players will have to keep an eye out for.

In addition to the new terrain and environmental effects, there’s also a lot of new areas to explore. Once you battle your way through the desert you’ll be introduced to Mirroria, the main hub where all of the (mostly) non-hostile inhabitants live. Mirroria is a cyber-punk themed city, with an abandoned magic tower, a hazardous materials lab, a reception hall, a night club, and many more locales that any social wanderer would want to visit. Mirroria, however, is also home to a new boss called the Puppet Singer, which is an android that was invaded by a Greyspace Entity, and is now a dangerous foe that players will be charged with defeating. 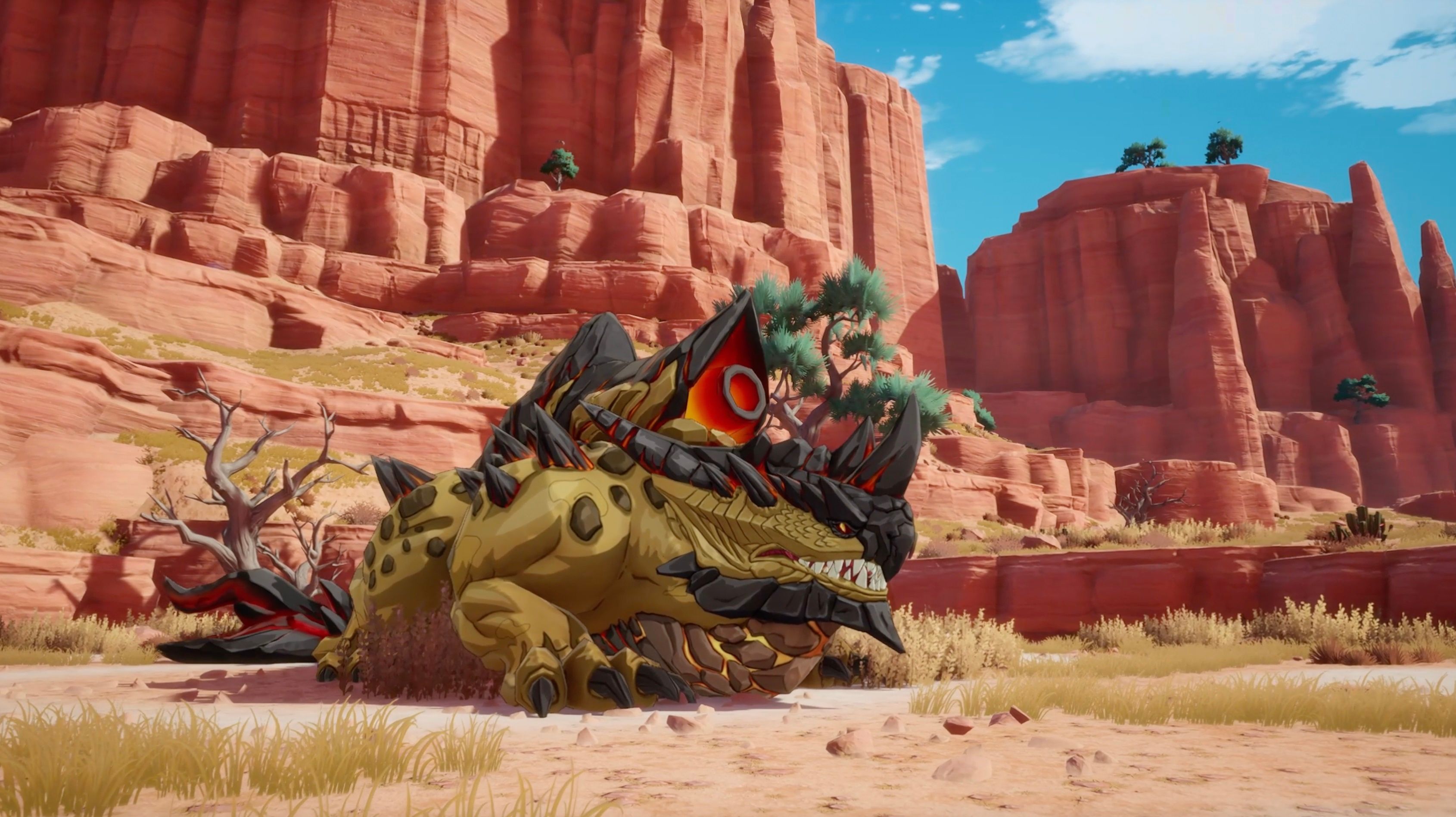 Greyspace also plays a big part in what players will be dealing with in the Vera update. Greyspace Fissures will appear throughout the landscape, and players will need to enter these fissures and defeat Greyspace Entities to close them. Beating them will allow players to obtain plenty of resources and rewards,  but the Abyssant Weaver and Abyssant Devourer are noted as being two of the most destructive and dangerous enemies players will have to face, and should not take those encounters lightly.

On top of dealing with Greyspace Fissures, there are a few new world bosses to deal with. Magma is an enormous four-legged creature with big rocky scales. It can shield itself in battle and control the winds of the desert to attack its foes. Unlike the more steadfast Magma boss, Rudolph, which just happens to look very similar to a reindeer, is an agile metallic being that can slip past attackers easily. Its said that ranged attacks would be ideal when dealing with Rudolph. 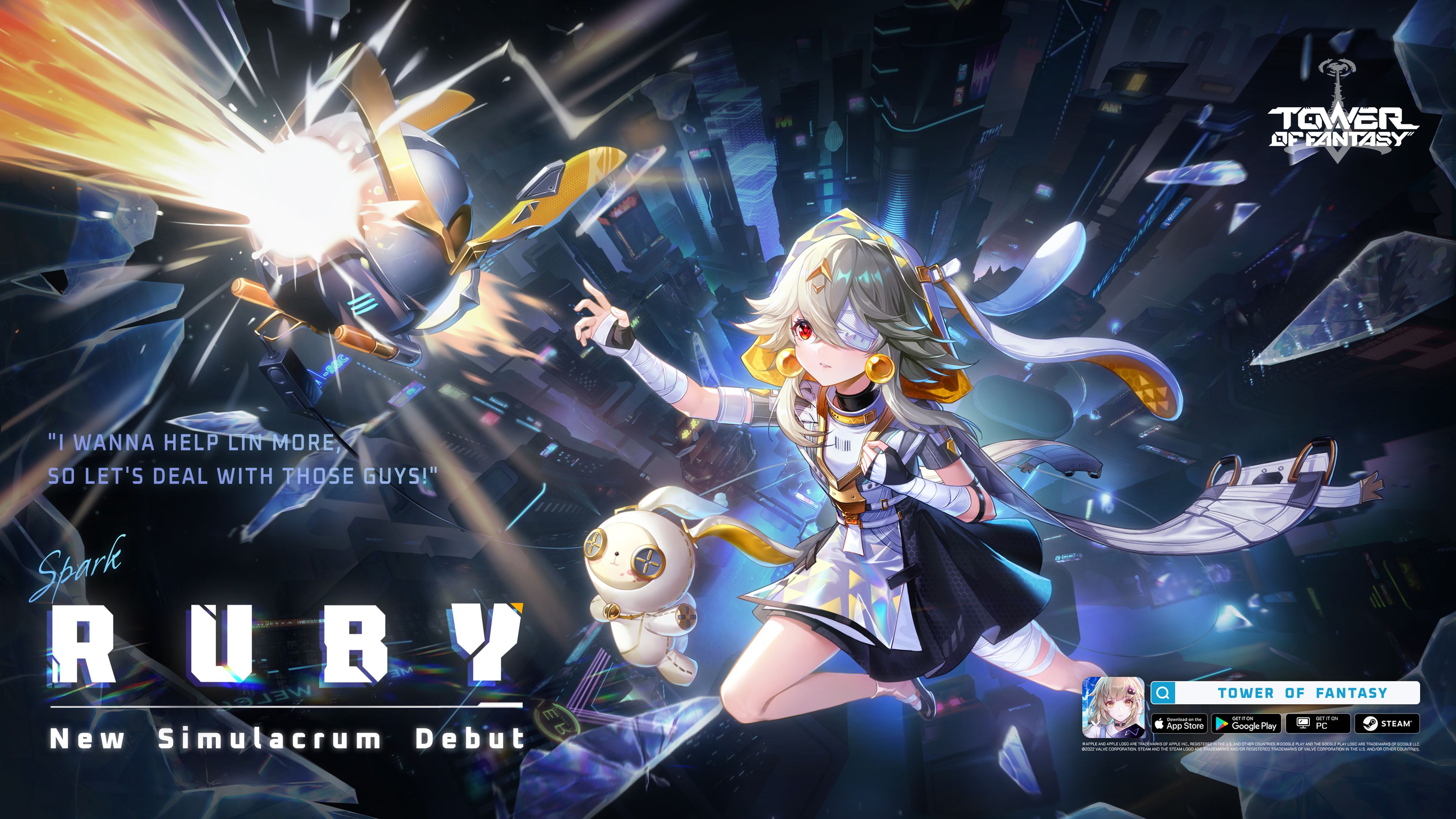 Finally, new characters are joining the fray, as you would expect from a gacha character collector game such as Tower of Fantasy. Ruby will be joining the roster of other heroes. In the Chinese version of the game, Ruby is a flame wielding, damage-based support character, that has a decent charge rate, and an excellent shatter rate. She uses her companion Sparky to deal ranged damage, and will be a stellar option for new players who want to explore Vera.

With all of the new enemies, characters, exploration and story to explore, is it worth coming back to the game for Vera? If you’ve been playing and you stopped for a while, either because you ran out of Gold and Black Nucleus to collect, or you’ve just moved on to something else because you ran out of content, then this would be the perfect time to jump back into the game. If you’re new to the game, and wanted to wait for Tower of Fantasy to mature a little before you joined in on this MMORPG-lite, then you certainly have an opening to join in when Vera releases. However, if you’re a player who laments gacha games and you were hoping something would change drastically with how this game progressed, you should probably stay away, as nothing regarding character acquisition has changed from our review.

Tower of Fantasy’s 2.0 update, Vera, will be available for all players for free on October 20th, 2022. Are you going to jump back in? Let us know in the comments how you feel about the new update.