Torchlight is one of those franchises I have been hearing about for years as something I HAVE to play and just have never gotten around to it. I did pick up Torchlight II a year or two ago, but I never got around to playing. Part of the reason is older games are very hit or miss for me. There’s been a lot of change in how games work in general over the years, making it difficult for me to play old games. However, I did like Diablo III which is the same genre, so Torchlight III seemed like a perfect opportunity to checkout what makes it so loved. 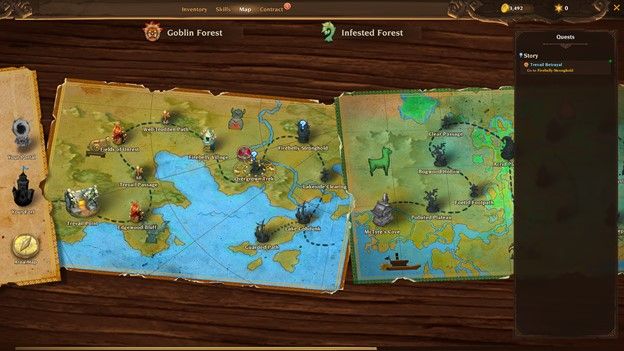 When I first loaded into the game the first thing which really stood out to me was the unique cartoony style of the artwork, which is a stark difference to something like Diablo III which is much more gritty. This difference became even clearer as I started to play Torchlight III. For one thing I didn’t even realize I had the blood setting turned on at first because it’s so minimal I didn’t even notice it. Also, most of the goblins I was fighting were kind of cute and I felt a bit bad for killing all of them. Which isn’t to say I don’t like the style of Torchlight III, I really love the style of all of it. I just wasn’t expecting the more cartoony style initially.

There are four base classes to choose from during character creation which are Sharpshooter, Dusk Mage, Railmaster, and Forged. Having only four choices seemed limiting but each class also has a set of relics which are better described as subclasses. Each of these add a set of extra active and passive skills and can change how how the class works. For example, I decided to go with Blood Drinker Sharpshooter because the Blood Drinker abilities give health regen through attacks and damage taken, which I always enjoy having as I have a bit of a tendency to run headlong into things. 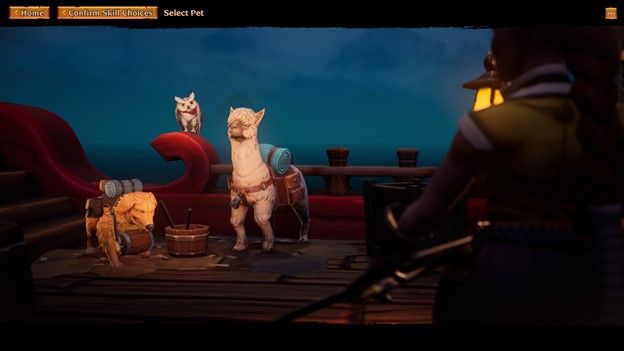 I also originally thought all of the characters were locked to how they looked during class selection, but after choosing a class, the character customizations options opened up. There aren’t as many options as some games out there, but there are enough to have a unique look to your character. I prefer the more paired back options because I get overwhelmed when there’s hundreds of choices. For people who like to tweak every aspect of their character these options might be disappointing.

The tutorial also did a really good job of introducing me to the basics of the game and understanding how to navigate not only the maps but the various menus. One issue I did have early on is balancing learning new abilities with increasing the skill level of the abilities I already had. Each skill tree is broken up in different columns and skills from each column can’t be learned until specific levels, which helped push me towards increasing the level of my current abilities a bit. However, between the base skills, subclass skill, and movement skills there are a fair amount of options available. That is if level cap was 20 or 30. With a level cap of 60 most players will find themselves without new things to learn quickly. 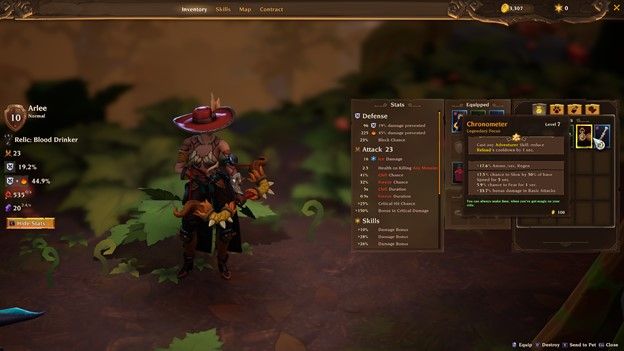 Story is one of the main driving forces for me in most games, so I went into Torchlight III hoping for an interesting story which would help propel me through the game. However, the storyline seems to be fairly generic. There’s goblins running amok, but also Nethreim who are up to no good and making things worse. Of course, at first the people in charge don’t believe the Nethreim are real so I had to go find proof. Then it’s off to gain power so I could thwart them. Nothing really grabbed me and drew me into the story. Although there are some interesting characters, I honestly don’t care about them very much.

I enjoyed the combat right from the start, but after awhile it started to feel a bit boring. All of the special skills I learned were a lot of fun to use, but most of the time things died so quickly using those skills wasn’t really worth it. I did start to feel invincible at one point, but then I promptly started fighting way too many things and died. Boss fights on the other hand often felt like they went on for way too long. I often found myself just spamming my left click attack while I waited on resources to refill as I slowly whittled away at, what felt like, and unending bar of health. 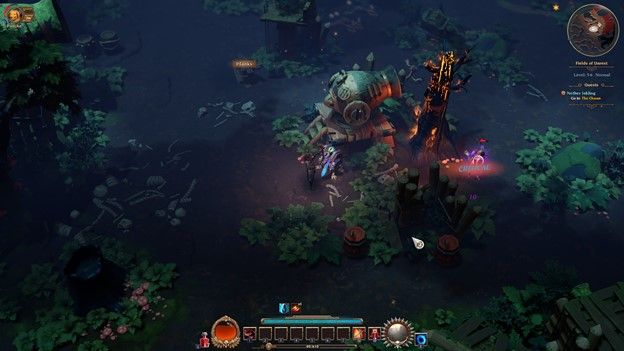 I also ran into some issues with the click to move aspect. First of all, left clicking to move, to main attack things, and to interact with NPCs is just a lot of lifting for one button. Inevitably there were times when I wanted to attack a creature but slightly missed clicking them and instead I found myself running into the middle of a horde of bad guys or just running into fire. I tried playing with click to move disabled but the default for that is the arrow keys instead of w, a, s, d which made moving around while fighting difficult. With so many of the boss fights, and a lot of the smaller fights as well, involving “don’t be in the bad '' mechanics not using click to move just wasn’t a good option for me.

There’s one other aspect of Torchlight III which is important to realize. The campaign for multiplayer and single player are the same and progress doesn’t carry over at all, you can’t even use the same character for each mode. This will mainly be an issue for players who would like to switch between the two modes seamlessly. I had actually been looking forward to playing it with some friends, but because of the stark split between the two modes I just opted to stick with single player instead, since I know I was going to want to play at times when others wouldn’t be available. 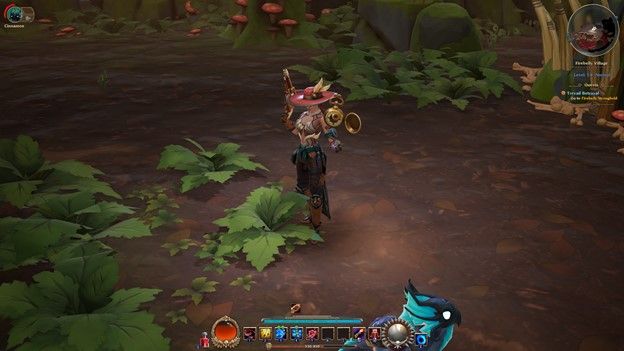 I do like a lot about Torchlight III. The core content which is there is fun, there just needs to be a bit more balancing done with mob health. The skills and abilities are a lot of fun, but just don’t hold up well over 60 levels. Having more skills to look forward to later on would help keep things interesting. Overall, Torchlight III isn’t a bad game, but it isn’t a great game either.