Torchlight 3, formally known as Torchlight Frontiers, has officially released on Steam.  I got my hands on a copy a few days ago and have been dutifully playing since so I can bring you the juicy details about the MMO that wasn’t.  This is our review in progress.

The first time I actually got to play this version of Torchlight was back in 2016 at PAX Prime.  Called Torchlight Frontier back then, a Torchlight themed MMORPG, I can remember the palpable excitement of me and our former Editor in Chief Bill Murphy.  We loved the Torchlight series and the idea of an MMO world was just too much for us.  The demo included playing the Forge class and poking around a specific level and fighting a boss.  It was about ten minutes of coming to the conclusion that I couldn’t wait to play this game in beta.

Fast forward to now and true to the 2020 way of life - it was taken from us.  Torchlight Frontiers is no longer and it was announced it would be a successor to the first two beloved games in the series.  A disappointment, to be sure, but I wasn’t about to shake my head at another Torchlight game.  As I said I’ve been playing for the last couple days and I’m coming at this review part one having not made it to the endgame yet so I do reserve the right to change my opinions down the line.  However, as of right now, it really does feel like I’m playing a game that was supposed to be an MMO.

Torchlight 3 starts off the same as the previous series with you picking and designing your character and choosing your pet.  There are four classes to pick from: Sharpshooter, Dusk Mage, Forged and Railmaster.  In addition you pick a relic that adds a third skill tree to your class and unique abilities.  The Relics are Bane, Coldheart, Flaming Destroyer, Electrode and Blood Drinker.  There are no class limitations on which relic can go with which class the player is free to pick whichever they want.  For the most part relics cover different elements from the obvious Electrode (electricity) and Flaming Destroyer (fire) to less obvious Bane (poison) and Blood Drinker (leach type magic).  I’ll definitely give Torchlight 3 the fact that having these additional skill trees to pick from adds interest to build potentials.  I’m currently playing a Sharpshooter with Blood Drinker and the self healing and bleed effects are a welcome boon to my DPS.

On the topic of DPS I really feel like Torchlight 3 suffers from a pacing problem at the moment.  Having played a number of ARPGs, as well as spending countless hours playing non-modded and modded Torchlight 2, sitting at over 10 hours of gameplay and not being at least halfway to a level cap of 60 doesn’t sit well with me.  Not gaining levels at a good pace means I’m not getting new abilities that keep things interesting often enough.  For instance my first attempt was at playing Forged and I found myself using the same ability to clear maps 90% of the time.  Not really interesting or fun gameplay. 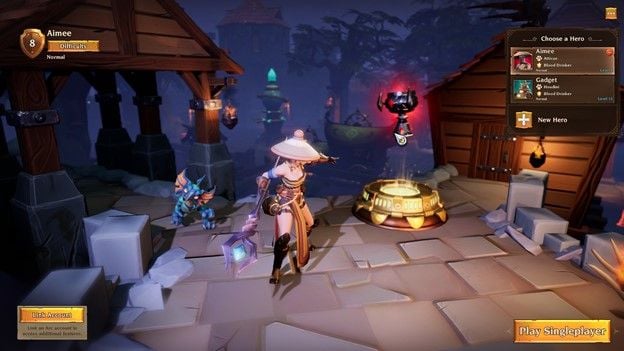 While the Forged is easily the lowest DPS out of all the classes I can’t really say Sharpshooter is a huge improvement in this regard.  The leveling curve still seems quite long and stretched out and the feeling is perpetuated by a complete lack of new abilities: you’ll have everything unlocked by level 20 after which you’re mostly just powering up individual skills and adding a few passives as you go.  While enchanting was moved to an endgame feature I’m not really sure it’s enough to incentivize playing the next 40 levels without really getting anything new. 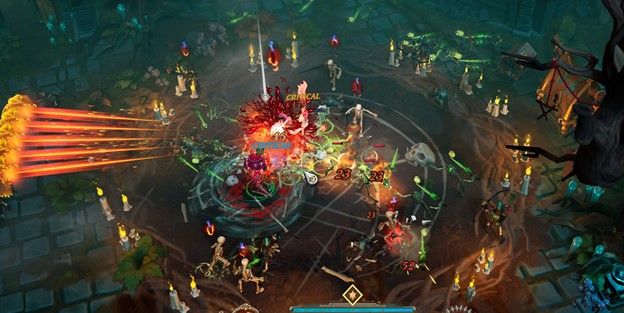 The pacing issue is really exacerbated by the fact that the game will de-level your gear to match the level the zone is supposed to be.  I couldn’t tell initially that this was what was happening and I found myself scratching my head while I was looking at gear that said 8/11 or 10/15 in the place where it’s usually one solid level number.  As it turns out, your overall power is downgraded to keep you balanced to the zone you’re in.  This led to frustration as I played because even if I outleveled a zone and would usually blast through it as a result I felt artificially slowed down and couldn’t find a reason why this was justified.  It just led to me to feel like I was constantly slightly underpowered for the area I was in even when playing on Normal or Explorer (the easiest setting).

Now this isn’t to say that everything is all bad.  Most of my gripes thus far are simple balance issues that are easy enough to adjust as Perfect World gets more data from more players.  I found the abilities between classes to be diverse enough that the classes really feel distinct from one another and the effects that each class brings to the table are certainly unique.  A Forged whistles away like a train while shooting bullets or rapid-punching an enemy just to blow his top as he lets all the excess heat buildup fry everyone around him.  A sharpshooter is either the master of raining down arrows or summoning all sorts of useful creatures from goblins to wolves.  The abilities are distinct and can uniquely synergize with relic abilities - some better than others.

Additionally the story thus far is very Torchlight.  Set one hundred years in the future from Torchlight 2 you’re brought into the world again as Novastraia finds itself under attack by the Netherim.  The mysteries will slowly unfold as you play through the three acts with quest text, small cutscenes, and interactive lore objects you can discover while you explore the procedurally generated maps. 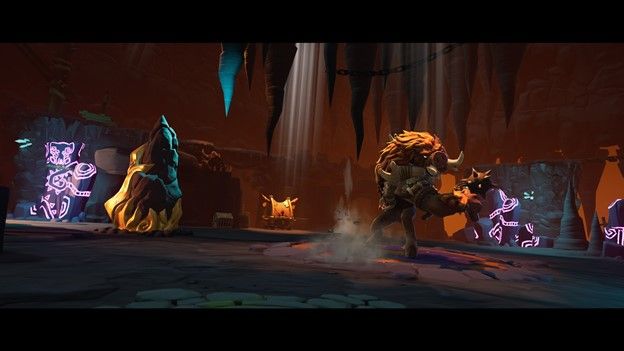 Seeing as I’m just under level 30, I ultimately still have half the game to go (and then some), so I want to reiterate again that these are my initial, I guess you could say kneejerk, impressions of Torchlight 3.  Perhaps my gripes can be chalked up to really comparing this to, and almost expecting it to be, Torchlight 2.  It’s quite possible that the game opens up and becomes more exciting and rompy as I breach through the second half of the leveling curve yet.  The point is I just don’t know yet and I’m not ready to say definitively if Torchlight 3 is a game to sink your teeth into or not - but I plan on coming to that conclusion soon and I’ll report to you all as soon as I’ve wrapped up the rest of the player experience.