Growing up I loved all things martial arts. Jackie Chan and Bruce Lee movies were some of my favorites growing up, while at an early age all I wanted to do was live out my dream of being the White Ranger.

Seriously, during summers, since we didn't always have a pool here in Vegas, we would play "Power Rangers" in my front yard with my mom spraying us with the hose as Rita Repulsa.

My parents, a military family with three small kids to take care of, couldn't afford to send me to Tae Kwon Do or Karate like my friends, so I never really got the chance to actually learn martial arts for myself. I fell in love with any game or movie that told an epic story laced with martial arts that wowed me, such as Hero, Seven Samurai, Fist of Fury and more.

Jade Empire was one of the first games I played that really hooked me on martial arts in a video game (other than fighting games like Street Fighter or Soul Blade). The story is told while also letting me live out my Bruce Lee dream left an impression that would find me yearning for something grander.

Age of Wushu also filled the void for a little bit, though while I loved the aesthetic, I really wished I had been able to more directly control each punk, kick, and gravity-defying skill. It took the aesthetic I loved and MMOified it, which isn't a bad thing, but not what I was hoping for when I went into playing it for the first time. However, the PvP sandbox it offered, plus the freedom to build a character however I wished (seriously, you could learn almost every skill in the game) kept me around for a few years when I would need a break from LotRO.

With Swords of Legends Online it came close. While still a class-based, tab-targeting style system, you could more directly control the action through its action combat playstyle. The story itself, while it makes little sense unless you know the series the MMO spawns from, has the Wuxia flair, though connection issues and general performance kept me from playing long term.

Fast forward to this week when Where Winds Meet was shown off on stage during Gamescom's Opening Night Live. I was blown away. This, at least as the trailer showed it, had what I had been dreaming up all these years.

From the first moments of the trailer, I was interested. Set in the waning days of the Ten Kingdoms era of Ancient China, Where Winds Meet is an open-world RPG from Chinese developer Everstone Studios. The RPG emphasizes player freedom, at least according to an interview with IGN during Gamescom with the team.

For example, players can become doctors in-game, healing themselves or other NPCs and players. Or they could decide to build grand structures as an architect. There is even a morality aspect, where players will need to decide if they are going to live simply for themselves or pursue the well-being of the realm. This freedom is built into the core of Where Winds Meet, according to Everstone in the interview.

Some of the shots from the trailer show a lone swordsman wandering through a bustling town, then scaling a cliffside. It feels a bit like Assassin's Creed here, and I'm for it. The trailer also gives a glimpse at some of the combat, showing off hand-to-hand and swordplay. 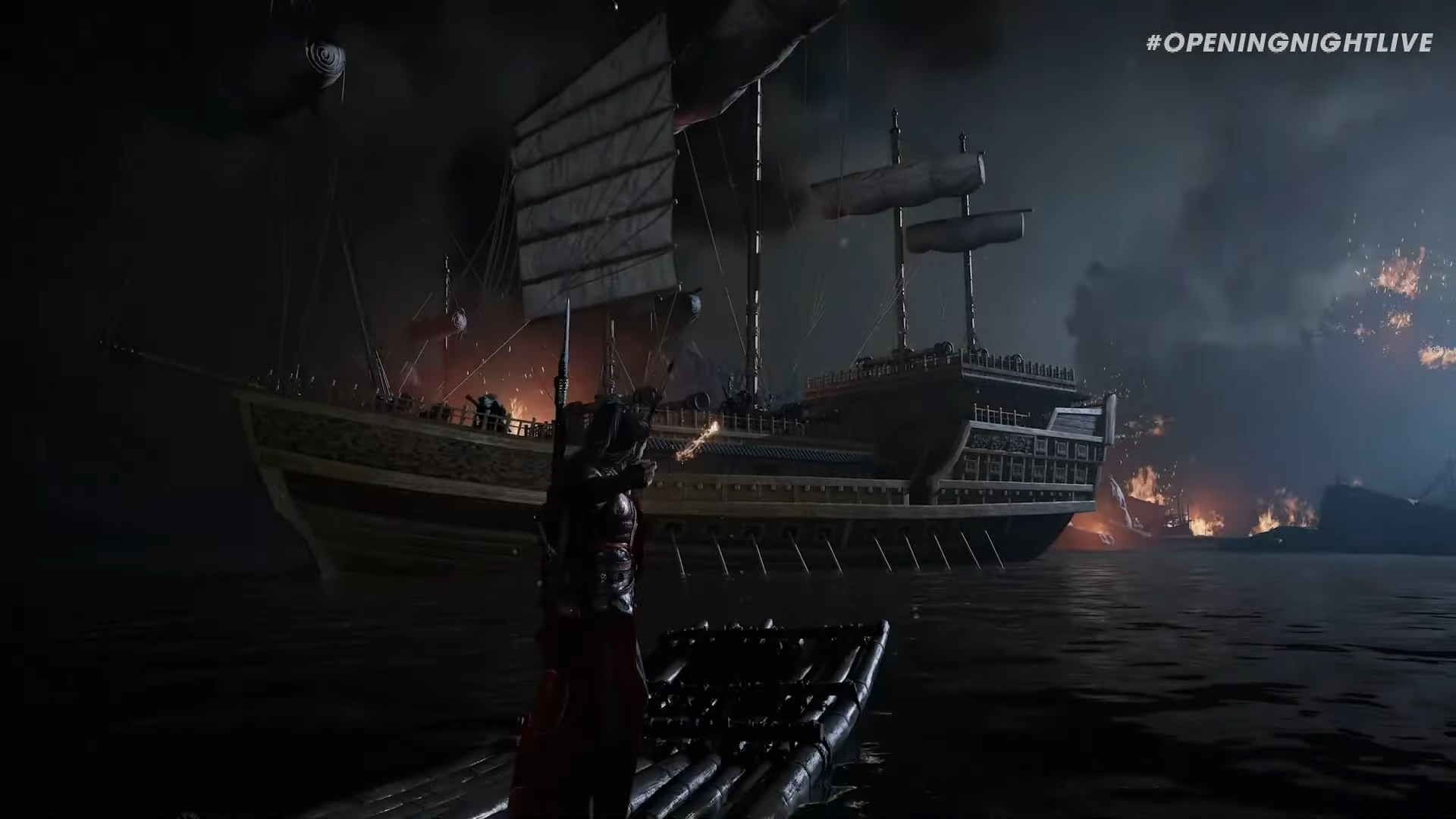 The battles look fast, with reaction times and counterattacks seeming critical. The combat on display was what I've always wanted from a Wuxia game: it reminds me of the movies and shows I grew up watching. It is fantastical, like Crouching Tiger Hidden Dragon, but also grounded, such as what we see in movies like Ip Man.  The fights in the trailer aren't just against humans either, as it looks like one of the opponents is a supernatural creature - which plays well with the rest of the trailer's otherworldly elements. There's even a little magic thrown in for good measure.

Seriously, stealing an item in the extended trailer above (via Gematsu) and then using magic to subdue and escape from the city? Summoning a giant drum to scare away a bear? Just looks so fun. 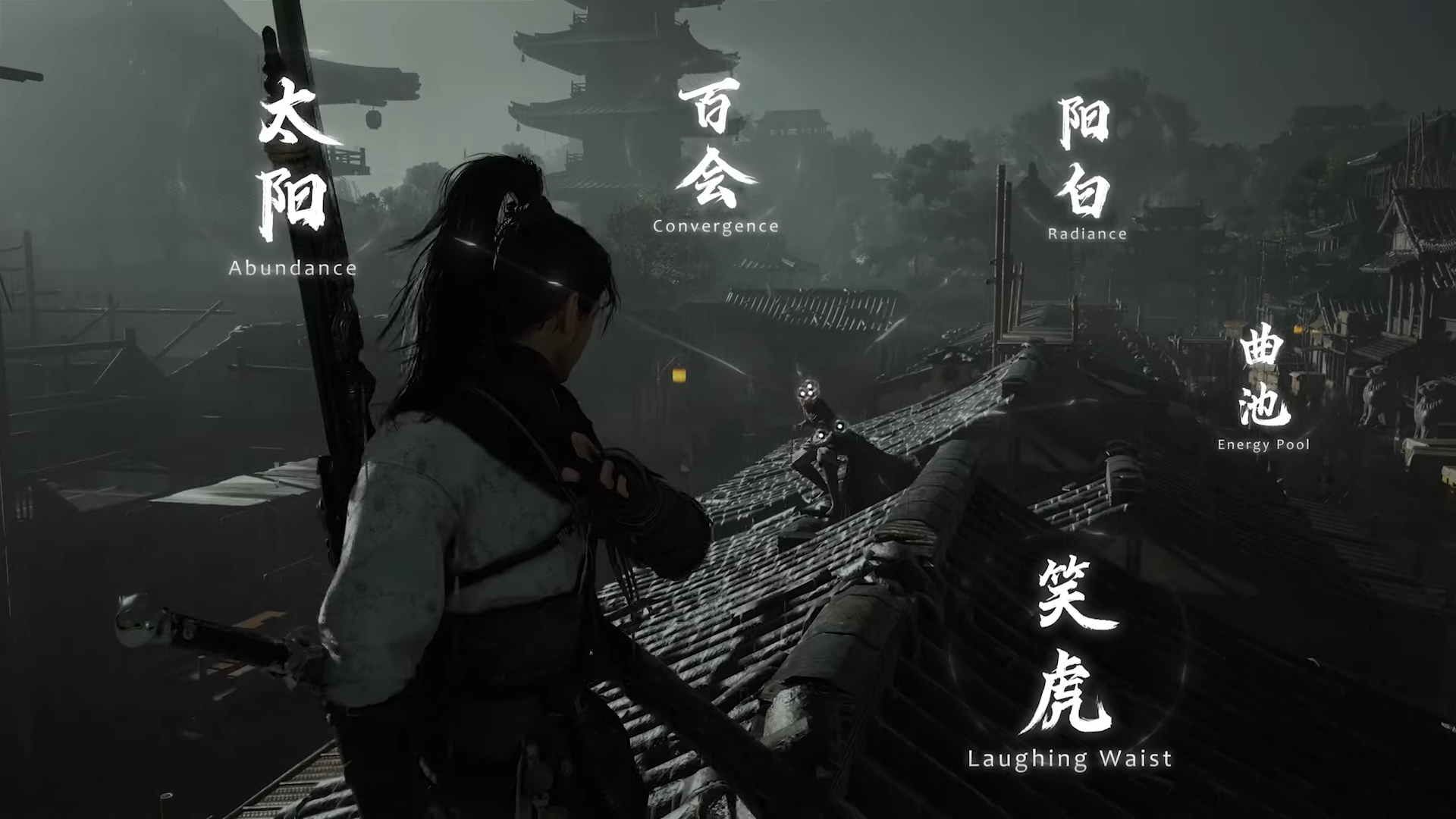 It's here where I feel like it's the RPG I dreamed up the most. I've always wanted an RPG that let me live out my own Wuxia fantasy in the grandest way possible. The open world that also gives me the option to be what I want, fight how I want, and build what I want makes me more excited for this than I have been about an RPG in quite some time.

It helps too that Where Winds Meet looks beautiful, though in the same interview with IGN the devs state they are using their own technology, unlike another Wuxia-style RPG, Black Myth: Wukong which uses Unreal Engine 5. However, while some of the scenes are very clearly gameplay, it's hard to know whether everything we saw in the trailer was representative of in-game or simply amped up in-engine footage. Time will definitely tell.

Where Winds Meet is coming to PC, though no actual date is set. But you better believe I'll be following this, waiting to live out my martial arts dream I've had since I was just a simple kid, fighting Rita Repulsa in my front yard.