I remember playing through Marvel's Spider-Man on the PlayStation 4 years ago when it was first released, blown away by a game that truly felt like how I always envisioned swinging around New York would.  Saving New York, facing off against Doctor Octopus, Mister Negative, and more was made more enjoyable in that Spider-Man was my favorite superhero growing up (now it's Doctor Strange, but like, he's still up there).

However, what always held it back from being a pure masterpiece for me was the technical limitations of the PlayStation. While Insomniac Games are wizards in that they made high-speed webslinging feel so good at 30 fps, I couldn't help by let my eyes wander to my PC sitting nearby, wondering just how much better it would be at 60, or 90, or even 144 fps.

Thankfully, I needn't wonder any longer.

I'll not bury the lede: Marvel's Spider-Man Remastered on PC is a truly transformative experience from the initial release. It's better in pretty much every measurable way, from upgraded visuals including hardware accelerated ray tracing to just the simple fact that higher framerates are, objectively, better. 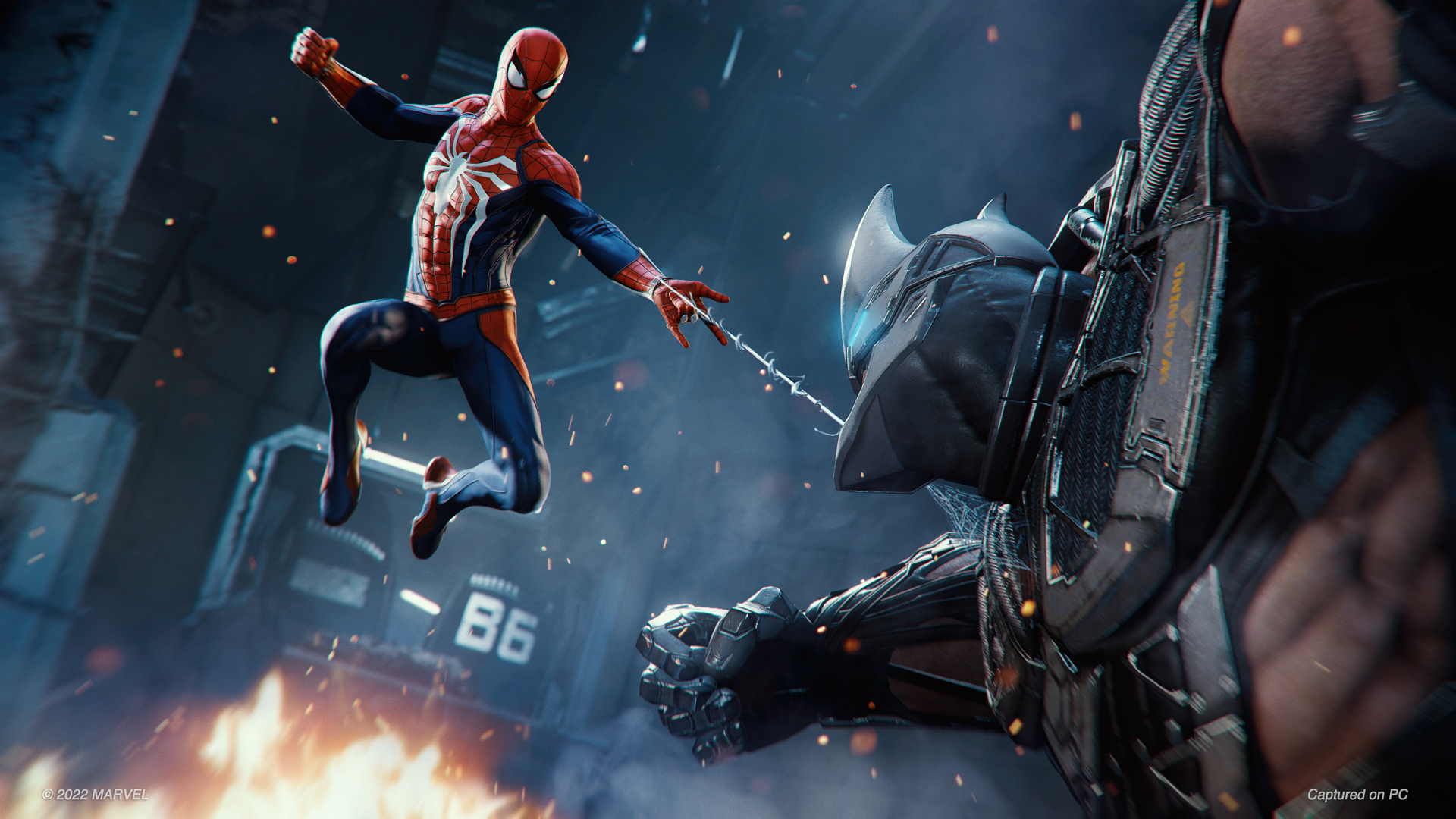 The first time I latched onto a building in New York, swinging my way to put down Fisk and his henchmen, I was blown away by how great it felt. The higher framerate made the iconic Spider-Man movement feel silky smooth, each swing flowing across my screen like butter. Visually, the initial launch of Spider-Man looked fantastic in its own right. However, the upgraded texture work, combined with the ray tracing implementation on every glossy surface makes the world feel more and more alive than the original offering.

Marvel's Spider-Man Remastered is full of the same open-world clutter you'd expect, from missions that see you finding collectibles to fighting random gang fights to help citizens. It's bloat, but it's good bloat that largely ties into the core mechanics of Spider-Man and how you upgrade your gear and suit collection. These activities will reward you with tokens that can be used to craft new gear, upgrade a suit power and more, while just earning experience points will let you upgrade Peter Parker himself.

Spider-Man is also one of the few games whereas I grow stronger in the amount of menus I've unlocked, I feel stronger in gameplay. Combat reminds me of the Arkham series in that it's very reactive. You'll dodge, swing and throw enemies and items around the battlefield, all while striking down gang members and bosses alike. It requires you to pay attention and avoid getting overwhelmed, but the drip feed of upgrades to Peter Parker as you progress helps make me feel more and more powerful as the hours go on.

The characters are also beautifully realized on PC, with the higher quality asset work on full display. HDR implementation is also top-notch, taking full advantage of my BenQ Mobiuz monitor's features. However, what I really appreciate about the port is how much Nixxes, the team that ported it from Insomniac's initial PlayStation offering, has ensured that PC players are taking full advantage of their hardware.

From features such as AMD FidelityFX Super Resolution 2.0, Nvidia's DLSS and DLAA, as well as the aforementioned ray tracing, there is so much to tweak to get those settings just right. Additionally, graphics are adjustable in-game and on the fly with no restarts required, letting you see and feel the difference in performance while tinkering.

I'm also grateful of Marvel Spider-Man Remastered's inclusion of true ultrawide monitor support, as well as actual FOV adjustments instead of it just being a simulated FOV zoom. 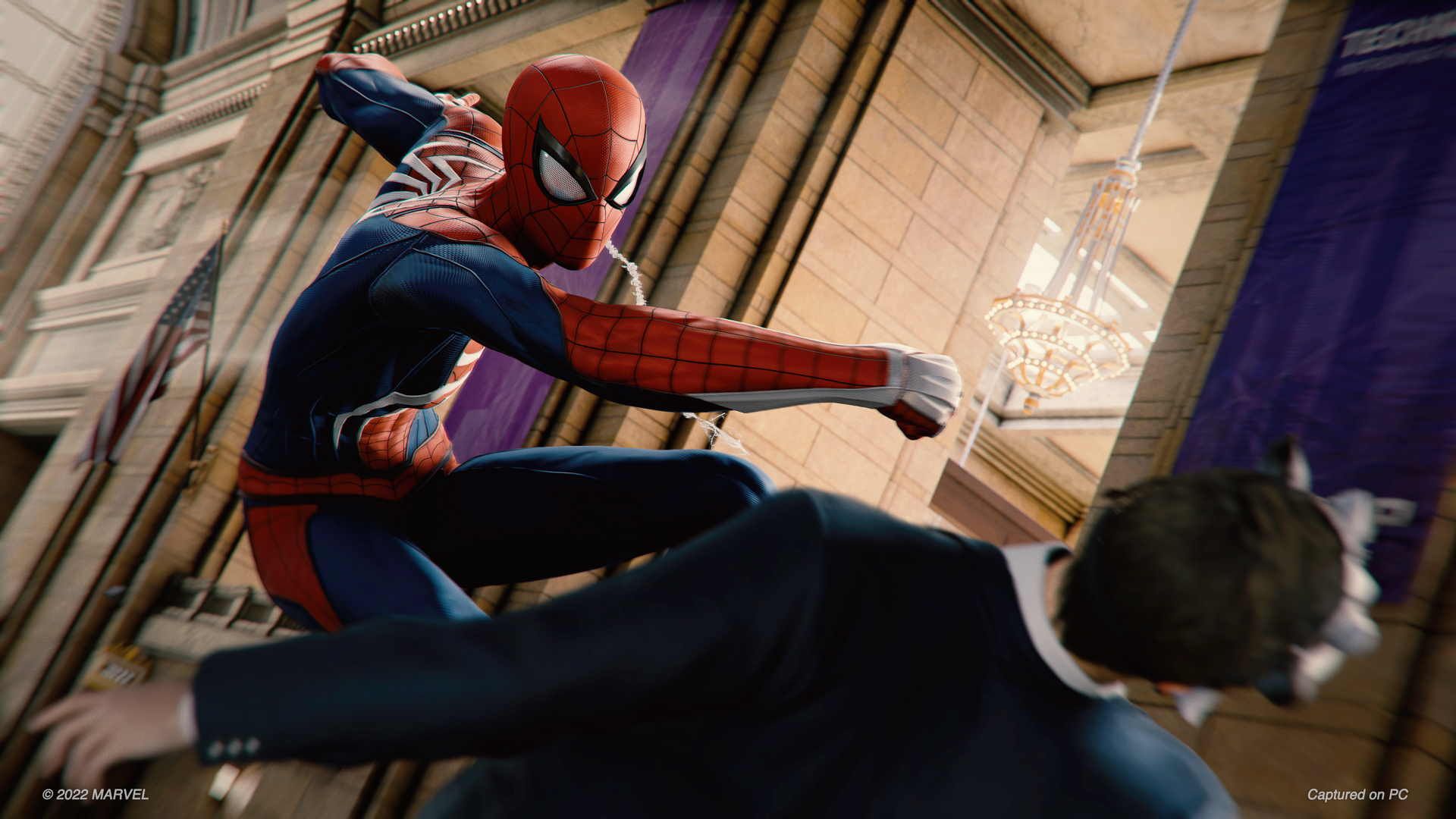 It's not all rosy, though, as Spider-Man Remastered still struggles some even on a beefy PC like mine to stay above 60fps at times. Pairing my Intel i7-10700K @ 4.8 GHz, 32GB of DDR4-3600 RAM and an RTX 3090, I still notice dips into the low 50s when webslinging at times. While normally it hovers in the high 70s, it can tank, especially when it seems I'm around a ton of reflective surfaces (dang that ray tracing), but even when that's dialed back I'm still hitting what feels like a CPU bottleneck that tanks performance.

Thankfully, the sheer modularity of the graphics menu has allowed me to mostly clear this issue up by tweaking settings, but it's still a shame that even a PC equipped with one of the best GPUs on the market can still struggle at times.

We'll have a full review up next week, detailing our thoughts on the whole experience, as well as the packaged DLC, but by all accounts Sony has another PC hit on its hands. Marvel's Spider-Man Remastered was already a fantastic game when it released on PlayStation 4 almost four years ago, and then again on PS5 when it launched. Now the PC version brings the best of those versions together and turns them up a notch. It's a fantastic offering and one I can't wait to swing back into.

Full Disclosure: A copy of this game was provided by Sony PR for the purposes of this review.