Last year I wrote about how I was starting to play some Dungeons & Dragons with my partner and some friends. Using Baldur's Gate 3 as the vehicle, I created a new Drow Rogue named Eld and tried to stretch my roleplaying muscles a bit to get into the role of this disgraced noble who is just trying to survive on the surface.

Thankfully, this helped a lot as our campaign was humming along quite nicely and my character was starting to come into his own. Then real life took over and we had to stop playing for a while. In the meantime, my group of friends wanted to play for the first time, thrusting me into the role of Dungeon Master.

I haven't DMed a game since middle school, and even then I'm not sure we really knew what we were doing.

As a result, the chances to play this Drow Rogue I had come to love have been lacking. I've inserted him as an NPC in our current campaign (we're playing Waterdeep Dragon Heist), but while it's been fun ruining my party's campaign with my mysterious Drow Rogue, I want to take him on his own adventures again.

With the recent release of Neverwinter's Dragonslayer module, I got intrigued with Cryptic's D&D MMO. I'll be honest: Dungeons & Dragons Online never really stuck with me, I was too busy playing its sister title, Lord of the Rings Online, when it was at its height. But while Neverwinter was released 9 years ago, I didn't start playing till it hit Xbox One in 2015. However, with The Elder Scrolls Online dominating my MMO gameplay at the time, I pretty much put Neverwinter away and haven't revisited it since.

That is, until earlier this month.

My original character was on Xbox, but I felt I really wanted to play Neverwinter on my PC this time around. Unlocked framerates and the ability to use this insane BenQ MOBIUZ ultrawide were really the defining factors here (though the chance to also check out Steam Deck functionality helped too). 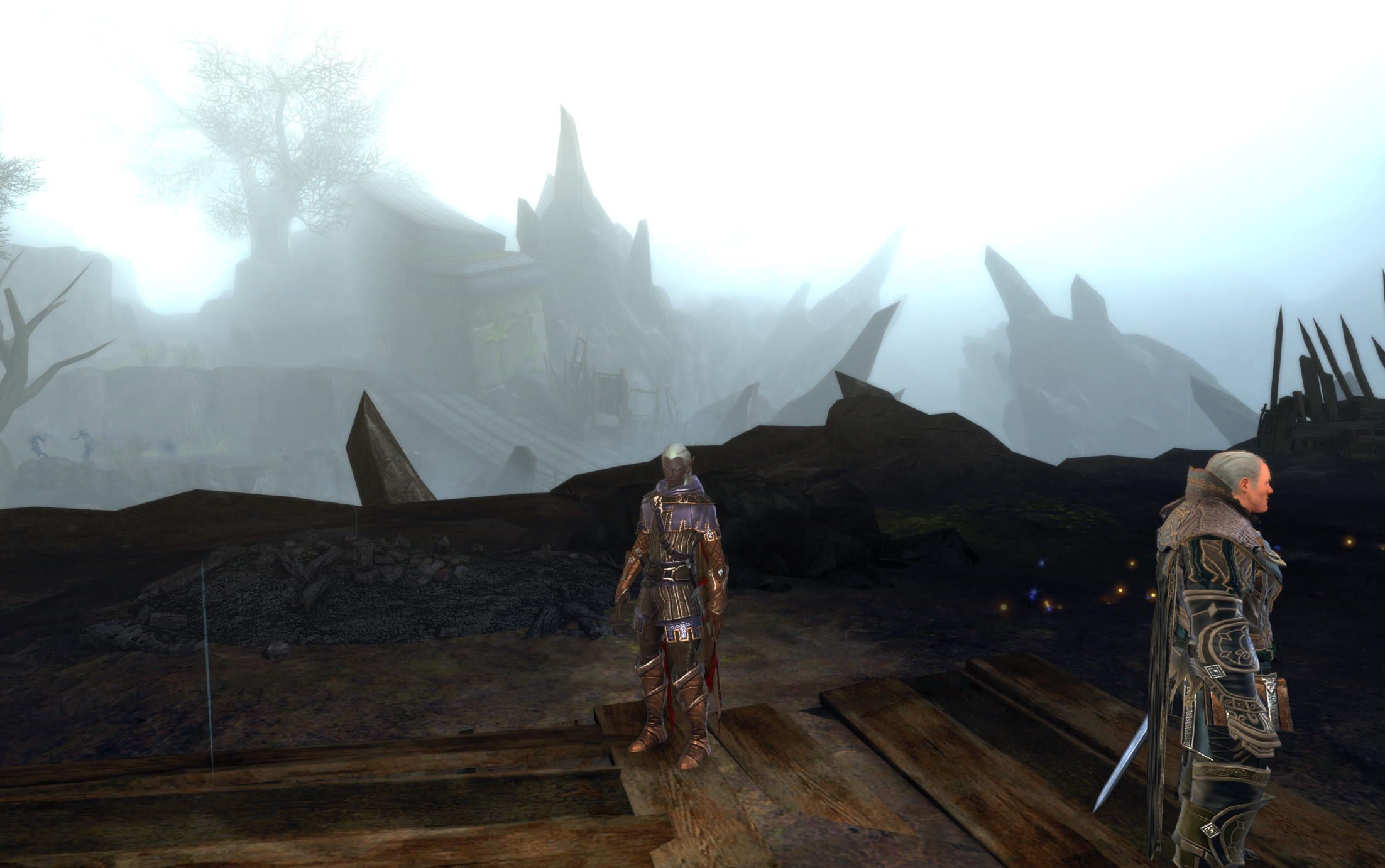 Since I was leaving my original Xbox character behind, I created a new one on PC. And, as I'm sure you guessed, I made a curious noble-looking Drow Rogue named Eld. At this point, any D&D-adjacent game I play will likely have this shifty and underhanded rogue as my main character, even if we decide as a party to venture beyond the Forgotten Realms and into the Magic: The Gathering multiverse modules.

Jumping back into the world of Neverwinter has thus far been a delight. While I wish we could freely explore the city of Neverwinter proper, Protector's Enclave is such a bustling hub that it feels like a fully alive city in its own right. From there, I jumped headlong into the quests in the nearby graveyard, eager to learn more of the ropes and build up my rogue-ish chops.

It's interesting when you think that many RPGs for decades have used some semblance of the dice-roll system for their combat under the hood that D&D has used since its inception. So I was very interested to learn again how this turn-based combat system of the source game would translate to the more action-combat-oriented stylings of Neverwinter.

Thankfully it seems Cryptic has blended the best of both worlds. At-will attacks slice and dice the undead rather well, while encounter attacks (your skills) are satisfying to use. I particularly enjoy Path of the Blades, which summons knives from the ground, popping up like daisies even, to deal damage to my enemies.

It lacks the tactical nature of another major D&D game, Baldur's Gate 3, but Neverwinter brings the flavor of the table-top combat to the action-combat of the MMO genre quite nicely. I can't wait to progress further and see how combat works when in a balanced party running a dungeon or future module content.

In my romp in the graveyard, I took out some undead, helped to fell a Red Wizard and stop his designs on one of Protector's Enclave's own, and more. I particularly liked how the team upended the typical Lich quest where instead of destroying a phylactery, you instead were helping the Lich inside find his final resting place so he can no longer "unlive on this planet anymore."

It's still early going, but I'm hoping to be jumping into some Dragon hunt content down the road here soon. The free-to-play MMORPG certainly has its hooks in me, if for no other reason than it feels new compared to the other MMOs I've been playing lately. It's also scratching that itch to play my Drow Rogue, building up his backstory I can then use at the table top in our next adventure. I'd love to talk about the time I put down some recently risen undead, all the while helping a Lich decide where to unlive out the rest of his days over a pint at the Yawning Portal someday. I can't wait for more adventures to sink Eld's teeth into in the future.