When I first heard about Genshin Impact, I dismissed it the moment I heard they included gacha elements because those games often quickly lead to a hard block in progression that requires you spend money to get stronger characters in order to progress. If you aren’t familiar with the term “gacha”, that’s okay, I’ll explain it a little more thoroughly when my full review is ready. Thankfully, Genshin Impact is considerably more generous to new players than I expected and thus far, I’ve put a bunch of hours into the game and haven’t yet felt compelled to spend a single dime.

If you aren’t familiar with Genshin Impact, or you haven’t noticed that like everyone is talking about it (at least on my feeds anyway) then allow me to quickly explain: Genshin Impact is an online-RPG, developed by Chinese studio miHoYo, that lets you take a squad of four playable characters (controlled one at a time, swapped on the fly) and you have free reign to do basically whatever you want. It’s like someone took a Tales game and rebuilt it inside of The Legend of Zelda: Breath of the Wild, and you know, finally turned that game into an actual good game. 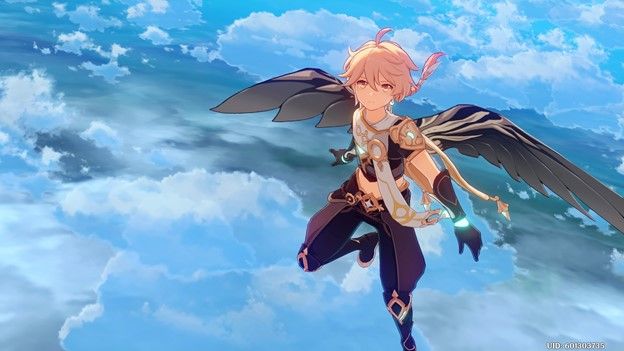 Starting off in the world of Teyvat, the game quickly introduces a set of twins who meet an evil witch lady. You choose which twin you’d like to play as (essentially your male/female character choice) and your sibling is encased into a bunch of ominous cubes and kidnapped. You wake up and travel to the island of Monistat Mondstadt and this is where you (as a character known only as The Traveler) begin your journey to learn about the gods and help these people calm down this pissed off wind dragon and what not. 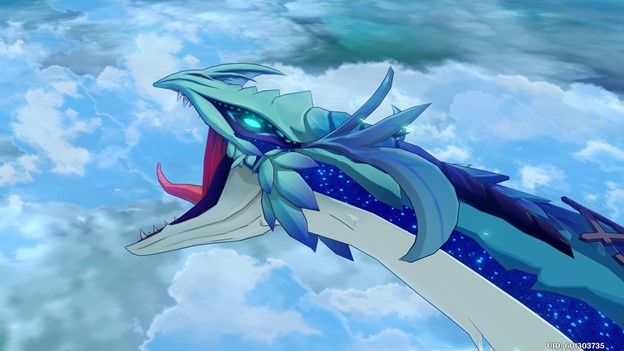 Yeah, the story feels kinda weak in my mind but it’s interesting enough to not want to bash your face into the keyboard while sitting through the cutscenes. Stormterror or Dvalin is enough of a menace to keep your attention, but the real selling point of Genshin Impact is how easy it is to simply get lost in the world. The game is gorgeous and vibrant, colors pop, and the areas actually feel alive - unlike that other game that is continually compared to this where there’s vast expanses filled with nothing and random skeletons that spawn just to break up the tedium - and you’ll feel just as bad for killing a wild boar as you will killing a pigeon in front of a poor NPC kid who’s trying to feed them.

Quests are everywhere, and there’s incentive to talk to every NPC because hidden in their dialogue trees you’ll often find a way to convince them to give you some treasure. It’s never really anything all that useful, but it’s a cool way to increase immersion and feeds interest in learning more about the inhabitants of the world which leads to new side quests. You can climb just about everything, and there’s plenty of reason to harvest/pick up everything you find because you can hold a massive 30,000 items in your inventory. I’ve spent a lot of time just farming flowers and rocks for experience crystals to level up my weapons and accessories. 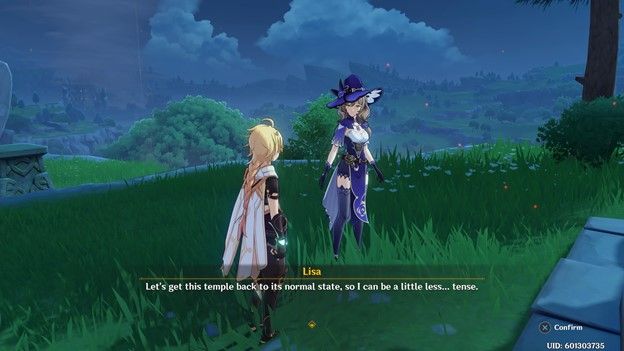 Progression is mainly tied to adventurer rank, and as you level up your rank, more things become available to you. At rank 15, for example, you can finally ascend your characters once they hit level 20 and you have the right components. You’ll also be able to send characters that  you aren’t using on expeditions for random materials and experience. The map initially starts off pretty small but then opens up areas in new cities, so there’s plenty of nooks and crannies to explore, and the dungeons are fairly short and quick, meaning you’re not committing vast amounts of time during each play session.

I’ve put a lot more time into the game thus far than I had originally thought I would because it’s just so much fun to play. I’ll have a full review for you guys next week, so go ahead and grab the game since it’s free to play and let us know what you think in the comments below