The Outer Worlds, originally released on PC, Xbox One and PS4 back in October of 2019, has finally come to Nintendo Switch. As a huge fan of the IP, I was more than excited to hear that my favourite Sci-Fi RPG was going to be debuting on the Switch. After only a few hours of playtime, I wanted to take a breather long enough to share some of my initial thoughts and observations. So grab that coffee, kick back and enjoy these first impressions of The Outer Worlds for Nintendo Switch. Be sure to keep that browser locked right here for the full review next week.

If you haven’t had a chance to check out Obsidian’s lovingly crafted single-player space RPG, do yourself a favour, finish your coffee (and this article) and go pick it up.Its a wonderfully focused open world(s) experience that combines offbeat humour, interesting political commentary and all the RPG elements you want into a nicely packed sci-fi adventure. 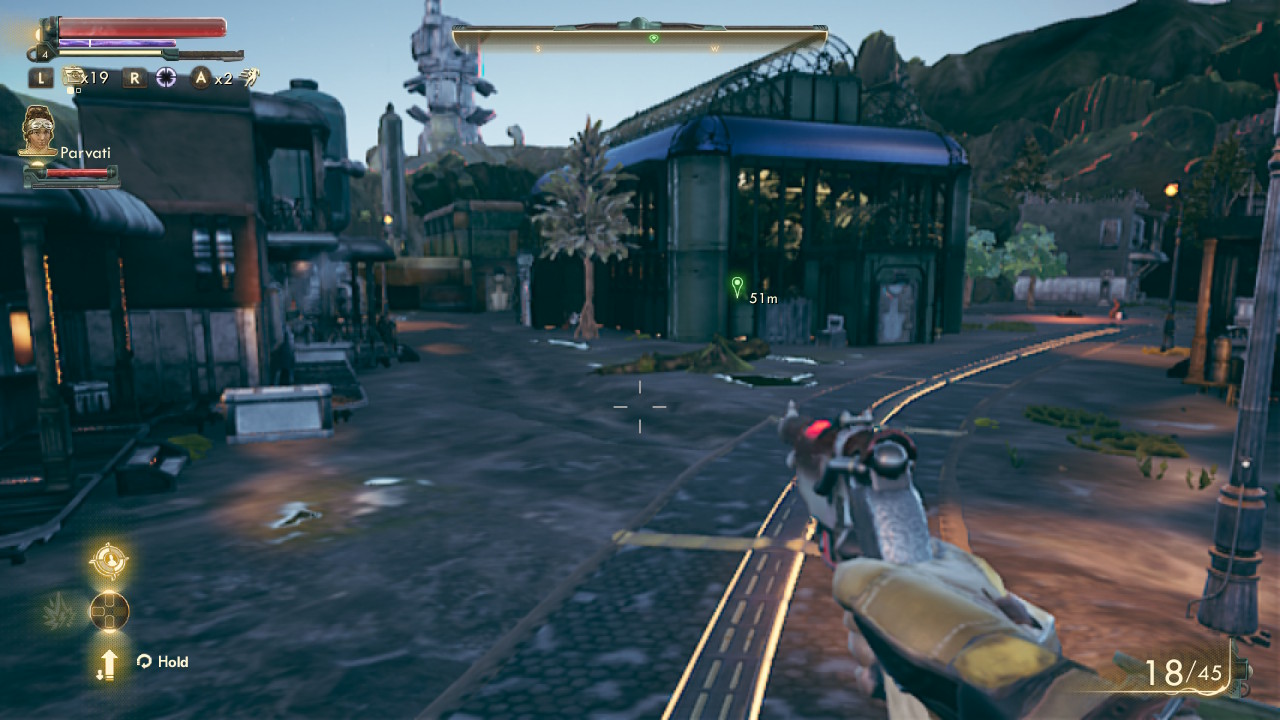 The Switch version of the title has been an interesting affair up to this point. I’m still working my way through Edgewater (the first real quest hub in the game) and find myself with a mix of feelings about my experience. The game’s content, characters and quirky style are all present and accounted for. I’m already planning out the way I’ll be playing through the campaign, how I’ll level up my character and interact with my champions. It’s exciting to jump back in after having finished it back in November of last year. The added bonus of playing it well laying on the couch or during my lunch break is really just icing on the cake.

Beauty Is Only Skin Deep?

However, the ported version isn’t all Sunshine and corporate messaging. In order to get The Outer Worlds running smoothly on Nintendo’s flagship console sacrifices needed to be made; and made they were. As a PC player, I understand the console versions always take a bit of a hit visuall. My experience on the Switch version of The Outer Worlds has been rough. The draw distance is noticeably lacking compared to even the Xbox S and characters are barely recognizable until you are within a few feet of their position.  Even the colouring of the worlds and inhabitants are washed out and flat. 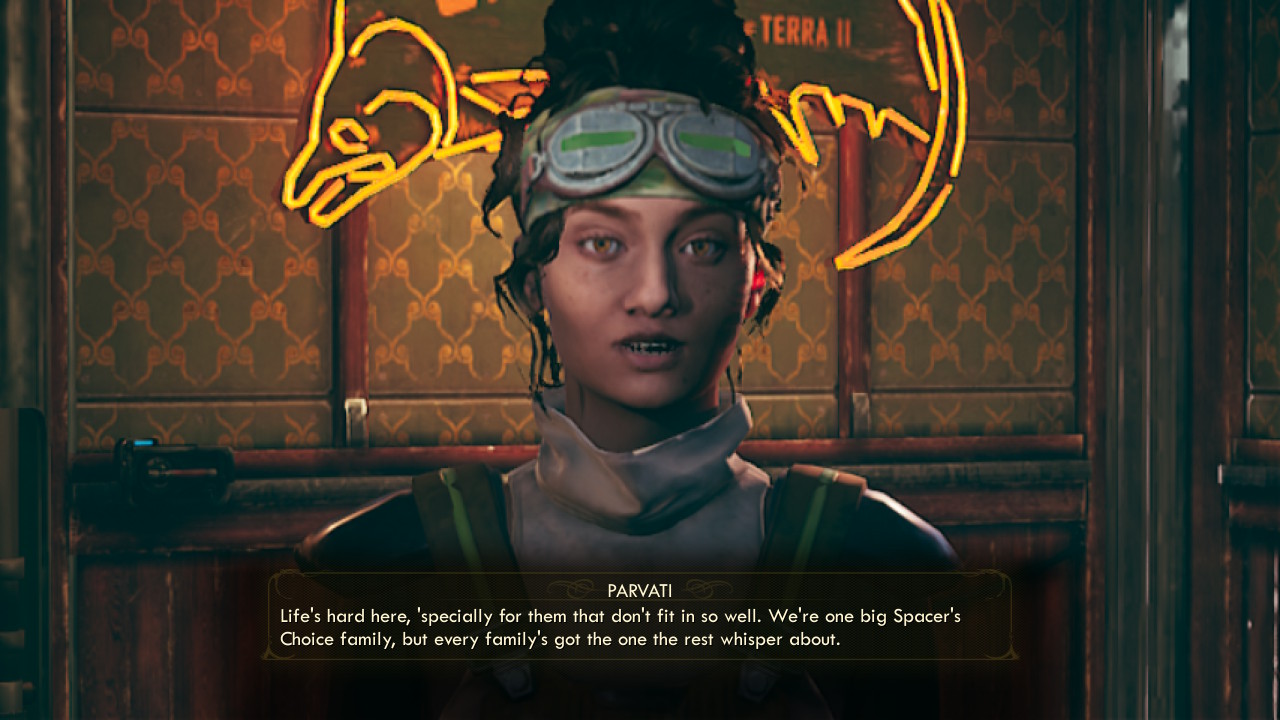 I’ve reviewed a lot of ported titles over the last couple of years. Games like Doom, Diablo 3, Wolfenstein and even Skyrim have all seen a similar downgrade in visual quality when coming over to the Switch. None, however, have felt as distracting as what I’ve experienced with The Outer Worlds. Everything on-screen looks blurred and slightly out of focus.

Its a shame really because some of the above-mentioned titles, while older are visually superior to The Outer Worlds on PC. Their Switch counterparts managed to find the balance between performance and visual fidelity. Sadly that just doesn’t seem to be the case here.

The Outer Worlds is an excellent game. Even on the Switch, it plays fairly well. All of the progression systems, combat and story experience translate decently to the console. I’ve loved experiencing the characters, places and stories again. However, at least at this point, I’m finding myself distracted by the absolutely poor visual experience. The real question I have moving forward is whether or not the game is enough even with the poor graphical experience to keep me interested.

I’ll be continuing my journey over the next week and my hopes are that in the end, it will still be a title I can enjoy while on the go.