In returning to EverQuest II, I’ve noticed there’s a major issue that plagues basically every MMORPG on the market. The early game typically serves to give players an affinity for both how the game itself is played, and how the class they’ve chosen works. During the level 1-20 range, most of these games give awesome little tutorial missions - EverQuest II is actually great at this since the newbie areas will allow you to get to around level 20 before you need to go exploring into new areas.

Several of these games also offer quests for faster travel options around the same level 20ish mark: Both EverQuest II and Final Fantasy XIV have quests to get a mount at level 20 - while other games such as The Elder Scrolls Online simply give you a free horse when you hit level 10. Other games like World of Warcraft, The Lord of the Rings Online, Neverwinter, and EverQuest won’t give you anything, because nothing in this world is free and you don’t deserve a handout.

Generally speaking though, as the MMORPG market grew, newer entries became more accommodating to players who were new to the genre. My first MMORPG experiences were the original EverQuest which didn’t want to hold your hand all day and Final Fantasy XI which refused to tell you much of anything, so when I tried World of Warcraft, it felt like I was being handed a paint-by-numbers game. Sadly, that analogy is more true than I’d even want to admit, but that argument is another article all by itself. If y’all want me to write it, leave a comment below.

Anyway, aside from learning the basics, the level 1-20 experience typically lets you know if you’re going to enjoy the game itself, the class you’ve chosen, and whether or not you want to stick with it or try a different class - or ultimately even a different game. I know for me, Final Fantasy XI was a game that I simply didn’t enjoy because of the gameplay loop. I got to around level nine or so before I got so tired of getting put to sleep by wild sheep (as in literally, they’d cast a sleep spell that made you unable to attack) that I uninstalled, and to this day I’ve still never given it a second chance. 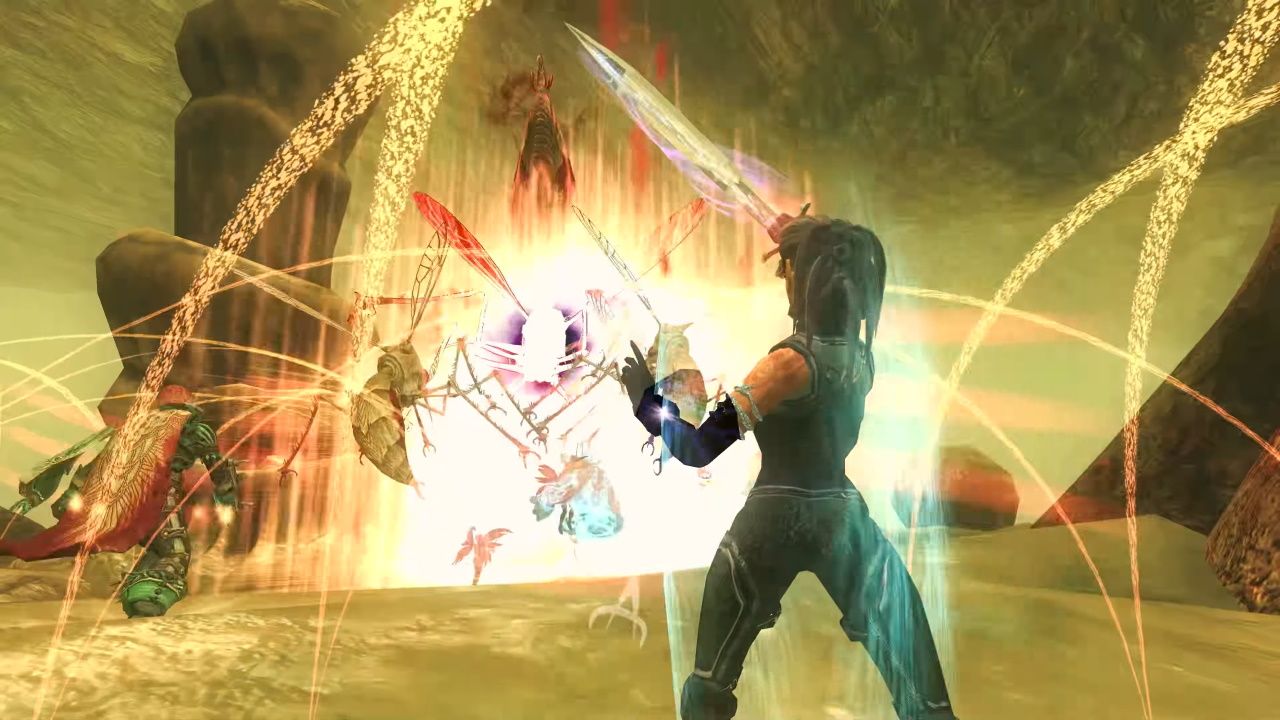 Playing to level 20 often gives you the gist of what to expect, and that’s the best way to gauge what your “main” should be - deciding on whether or not you’re having fun and it fits your playstyle. If you’re enjoying it, the next twenty levels are typically composed of the familiar gameplay loops. Once you’re past those, you move into the end game and that’s where you start preparing to take on the hardest content including more reliance on other players for dungeons and raiding.

This sounds pretty good in theory, right? 20 levels to learn, 20 levels to enjoy, 20 levels to master. This caps characters around the 60 or so level range, and within good reason. It shouldn’t take you 100+ hours of gameplay to get to the maximum level, considering most of the content is typically aimed at the returning customers - aka the “end game” players. So what happens when new content drops and the level cap is raised? You simply progress to the new level cap, essentially an expedited version of mid to late game phases wrapped up into one new package. So what happens when a game does this yearly and new players want to come play with their friends? You’re left with repeating the same dull cycle that should only last for 20 hours now reaching upwards of 80-100 hours to grind through. This is what I’m referring to as the MMORPG bloat.

I’d like to say that games do a good job of handling this bloat problem, but they don’t. Final Fantasy XIV introduced an alternative leveling dungeon called the “Deep Dungeon” system, while not originally planned to be exploited for power leveling, these dungeons are now being used to basically freely grind a 10 floor part of the dungeon in order to gain anywhere from one to three levels per run in an average of about 20 minutes. This basically means you could roughly blow through 10 levels in an hour of continuous grinding. The Palace of the Dead dungeon tops out around level 50, while no longer being useful at level 60. Players must then migrate to Heaven-on-High which they can use to get from level 61 to level 70, at which point they are ready for the Shadowbringers storyline which will get them to level 80.

EverQuest II approaches this issue with Agnostic Dungeons. These are essentially dungeons that are scaled to whatever level you are, and you can continually run them to gain massive amounts of experience in order to catch up to the level 95 or so range before they fall off, leaving you to go out and work on the progression lines which take you through the last few expansions and ultimately get you ready for the Reign of Shadows content at level 120. While it’s nice to have alternatives that aren’t simply having a friend power level you to max or near max level, it doesn’t address the issue of simply having too much content for outdated areas.

There's basically no appeal to wading through expansions that are several years old. Storyline? Honestly, why bother sinking 100 hours of time into experiencing the story in empty zones, broken up across multiple fetch or kill quests, that could just as easily be told by reading a crash course in about 10 minutes on a Wiki page? I’m not even going to pretend like EverQuest II’s storytelling is even remotely on par with Final Fantasy XIV's, but nothing you do as you move into new areas feels like it matters since the gear you earn and the spells you learn will continually be replaced as you get stronger - a feat that will naturally happen annually, not hourly.

Final Fantasy XIV requires you follow the MSQ - Main Story Questline - in order to unlock each expansion, but you can just as easily go into The MogStation and buy a potion to bypass all of it in order to be ready for the current expansion. If that isn’t enough, you can also buy potions to take you to level 70 which again allows a brand new player to purchase their way through the entirety of the game in order to be “end game ready” without having played five minutes of real time. Final Fantasy XIV isn’t the only offender, as you are also given a free character boost to level 120 for buying the newest expansion in EverQuest II. 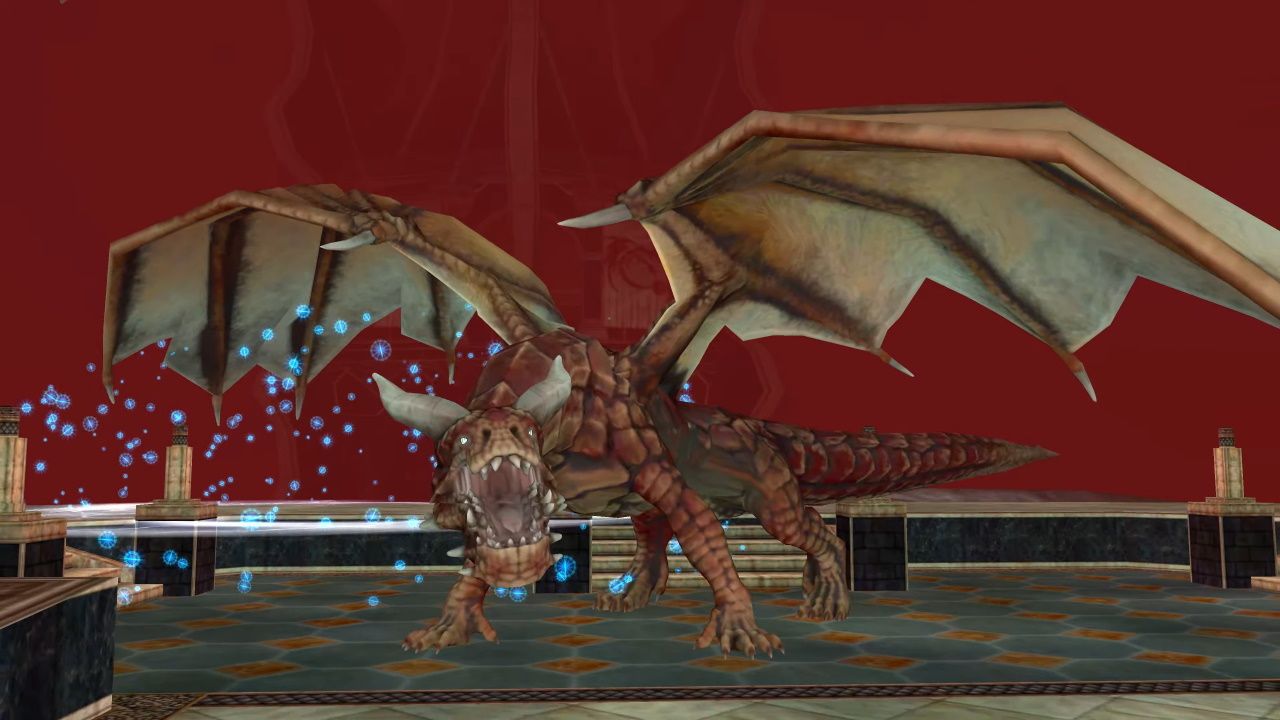 This leaves you as a new player with two options: You can either use/buy a character boost so you can bypass all of that stuff to get to the end game where your friends are, or you can slowly work your way through old content that no one cares about anymore, tediously grinding into a boring oblivion and likely burning yourself out so that by the time you reach the end game, you’ve already put a Witcher III: Wild Hunt and all of the DLC’s worth of time into repeating the same bland gameplay loop.

What these games desperately need is for someone to revisit these old quests, streamlining the most important pieces of these areas and removing the filler in order to renew interest in long forgotten areas. There isn't anyone doing the quests out in North Thanalan in order to progress through the late 40s and early 50s in Final Fantasy XIV, because it takes three times (or more) as long to play along the quest lines as it would to simply repeat queue for the deep dungeon and blow through those levels in an hour. It’s exactly the same way with the Lavastorm Mountains in EverQuest II. Why spend a day out there exploring and grinding when you can just run an Agnostic Dungeon three times and go from level 40-50 in an hour?

If you have friends who play, or if you’re like me and joined a guild, someone would likely help powerlevel you. My guild has already offered to powerlevel me to level 100, so I can start working on signature lines and the things that would be needed in order to break into the end game and raiding, and while I’m currently at level 63 - the more I go back and explore zones that I should be looking forward to checking out from expansions I missed out on, the more I’m ready to just take them up on the power levelling so I can stop wasting time on stuff that ultimately doesn’t matter - because none of it does. Everything I’d gain from older expansions like Desert of Flames or Kingdom of Sky is long since dead to power creep.

That’s really what makes this article so sad: people worked tirelessly to bring these parts of the game to life and they’re now desolate wastelands which never see players. People who gave their time, efforts, and energy into bringing these places to life - people who have since passed away, their work immortalized in a persistent online game, only to never be experienced because the content is outdated and “worthless”. Instead of churning out expansion after expansion, why aren’t some of these games going back and revisiting parts of the journey that are simply no longer worth traveling? As much as I like to make fun of The Elder Scrolls Online, they had the right idea by making content scale to the player so you can go wherever you want, but that’s not really a good way to handle the bloat, since there will always be optimal ways to progress as these living games get older.

What do you guys think? Should there be ways to streamline the experience so that the storyline and the surrounding areas don’t get ignored? How do we solve the burnout once the gameplay loop gets stale so that players can get to the end game while still enjoying themselves? Surely there’s a better way to bridge the gaps without always appealing to microtransactions.