The Elder Scrolls Online's Markarth DLC wraps up the vampire-laden tale that kicked off with last May’s Greymoor chapter, and on the face of it, that means it's more Greymoor. And that's precisely why I was wary of going in. Greymoor served as a welcome excuse to romp around in one of the more memorable zones from 2011's The Elder Scrolls V: Skyrim, but a mediocre story and the twin fangs of bugs and performance issues sucked most of the vitality from the experience.

But this? This is better in almost every respect. Markarth spends the bulk of its time with a more interesting culture and sidelines Greymoor’s weaker characters, and it introduces new goodies ranging from challenging single-player content and a new way to reclaim lost gear. The setting of the Reach (Skyrim’s southwestern corner) is even drearier than what we saw in Greymoor’s Western Skyrim, but Markarth nevertheless has life that was sometimes impossible to find amid Greymoor’s legions of undead bloodsuckers.

More on the mark

Part of the problem with Greymoor is that it didn't feel overly different from what we saw in TES V despite being set 1,000 years earlier. Markarth manages to find a middle way. The Reach here looks similar enough to its counterpart in TES V to scratch that itch, but its setting in an age when the quasi-Celtic Reachmen ruled the roost keeps it from slipping into dull nostalgia. By and large, many of the buildings you'd expect to see from TES V manage to make their way into this DLC, but even so, the city of Markarth has a decidedly different feel when the main temple celebrates a hunter god and decorative deer skulls and mammoth tusks line the ancient walls. 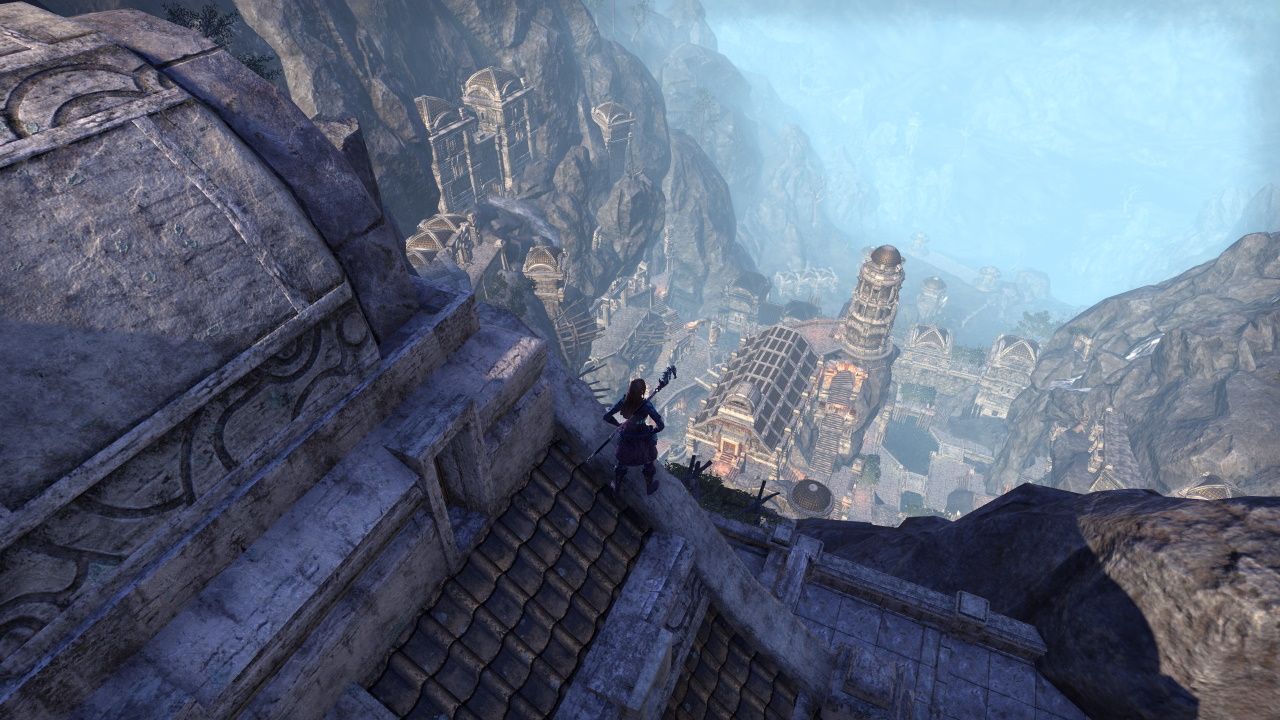 But more importantly, Markarth lets us get to know the Reachmen and have lengthy chats with them. There wasn’t much of a chance of that in TES V, where you usually found them half-naked and hell-bent on killing you with a gristly weapon made of bone. Markarth gives them a voice—specifically, one shaped by Gaelic accents. In side quests and a delve (essentially a soloable instanced dungeon), Markarth fleshes out their culture more than it’s ever been, although not so thoroughly as the treatment the lizard-like Argonians got when they were the focus of 2018's excellent Murkmire DLC. I suspect the emphasis on the vampire-heavy main story might have prevented that from happening. That’s a shame, as ESO is usually at its best when it turns the camera on bits of lore that were marginalized in the mainline games.

All of this is not to say that Markarth made me like the Reachmen much more. The “spirits” they worship are the Daedric princes responsible for so many of this world’s ills. They’re so comically xenophobic and antagonistic that an apprentice shaman I helped told me she had to warn her boss before I spoke with him, lest he curse me, well, just because. For that matter, their brand of nature worship involves a bit too much human sacrifice and playing with entrails for my tastes. Still, I wanted to leave Markarth with a better understanding of the Elder Scrolls universe, and I did.

The Reach is also just more satisfying to journey through, thanks in part to better-placed wayshrines for quick travel than the seemingly maliciously placed ones in Greymoor. The Reach is technically smaller than Western Skyrim, but the region manages to feel larger in part because its craggy landscape lets ZeniMax Online make the most of that space by hiding surprises around almost every corner. (In fact, I managed to get through the entirety of the roughly 10-hour main story without ever finding any of the six skyshards for skill points.)

And so it goes, too, for Blackreach, the sprawling underground cavern network beneath the familiar Nordic landscapes on the surface. Here, it’s still large and beautiful enough to evoke screenshot-worthy awe, but not so massive that it overstays its welcome as it did in Greymoor. As with much of Markarth, it’s a great example of doing more with less. 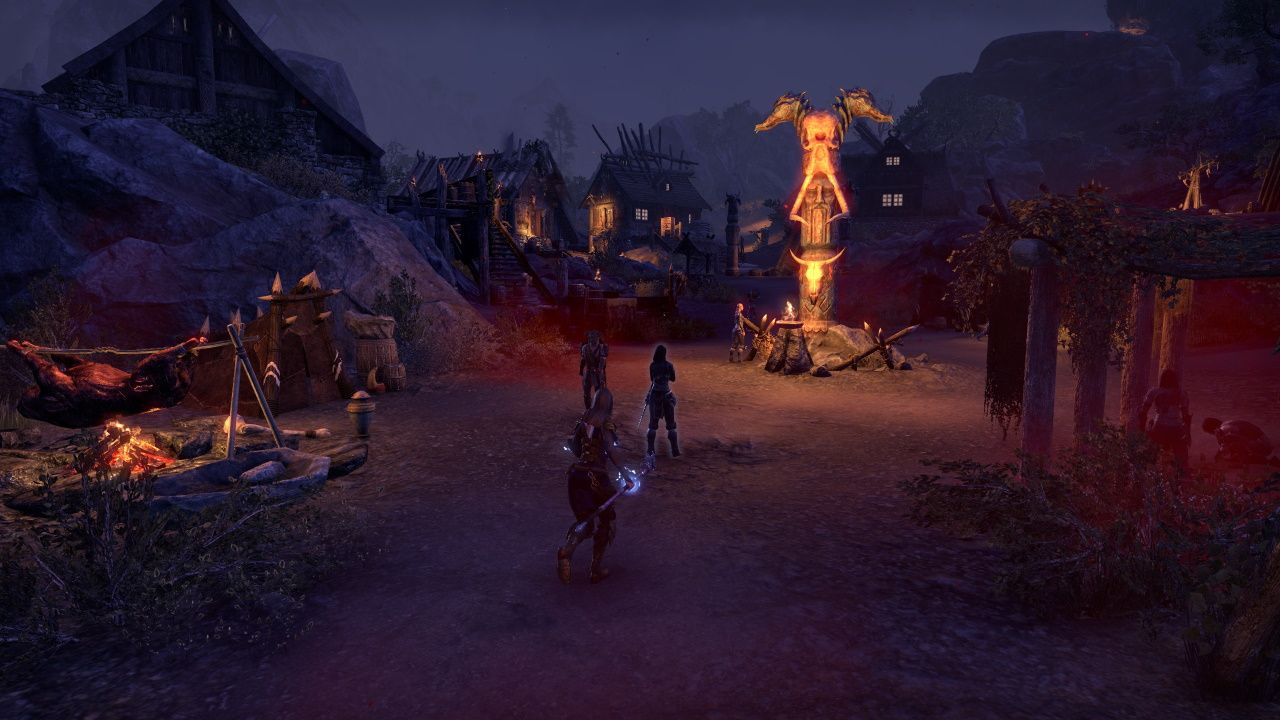 Even some of the main story quests make movement more enjoyable, chiefly through a new portal mechanic for reaching key parts of a dungeon or strategic spots around a boss. This is never hard stuff and the solution is usually painfully obvious, much as it is in The Elder Scrolls Online’s numerous existing turnstile puzzles. But anything that shakes up the increasingly overly familiar ESO routine of barging in and slaughtering everything should be welcomed.

And yes, Markarth gives us more vampires, including one that factored heavily into one of the Daggerfall Covenant's main quests at ESO’s launch. The lessons in the story are more memorable than they were in Greymoor, both when Markarth is reminding us that the mistakes of our arrogant youth sometimes catch up with us and that there are unfathomable horrors that frighten even beings like vampires. Markarth also wisely grants a lot of screen time to the actual villain, who appeared in Greymoor only in a plume of magical smoke that you might have missed if you weren't particularly paying attention. And for one of the best decisions made it Markarth? It sidelined Lyris Titanborn, who might as well be branded “Lyris Titanbore” in spite of actor Jennifer Hale’s best attempts to make her interesting. The half-giant gets only a dwarfish part here, and Markarth is the better for it.

As usual, Markarth's side quests sometimes outshine the main story. But when I say Markarth's story is better, keep in mind that we're not approaching the heights of "better" that we saw in Final Fantasy XIV’s Shadowbringers expansion, which was so massive that it's now worthy of standing alongside any entry from that series’ single-player RPGs. As it is, it's just “good for an MMO" and something of a return to form for ESO. It might have been better if Markarth could have resolved its central problem with a smart solution besides ye olde blockbuster boss fight (or at least one fought under different circumstances), but I’ll content myself with being happy that all the bosses I fought in the story were more challenging than what we faced in Greymoor.

In with the new

In the case of the story, at least, "challenge" is a relative term, particularly if your character is decked out in champion-level gear like mine. Fortunately, Markarth introduces the Vateshran Hollows dungeon for folks seeking a greater single-player challenge. Vateshran Hollows feels a lot like the existing Maelstrom Arena from 2015's Orsinium DLC, although it manages to balance the thin line between being more satisfying and more accessible. Accessible, that is—until you get to the final boss, which is frankly beyond the level of skill I'd be able to master in time for this review. That's a good thing, though, as the brutal challenge is a welcome antidote to the faceroll victories so common in the world beyond.

Markarth also introduces the new Set Collection system, which lets you remake any vendored or deconstructed non-crafted set by dumping a ton of crystals into the transmutation machines found in some player houses. It's a great way of freeing up inventory to get rid of sets you don't use often, or a way of reclaiming a piece you accidentally destroyed or sold. Much like the existing method of using transmutation crystals to change a trait on an item, it's not necessarily an easy process, particularly if you're not running dungeons every day. But at least it's an option that we didn't have before, and one that could potentially save you some headaches or a fortune in gold.

Beyond that, Markarth delivers the usual bundle of content we've come to expect from a new ESO DLC or chapter, including two new world bosses, two new delves, six new skyshards, new antiquities, three new craftable sets, and the return of the random harrowstorm events from Gremooor—which are now mercifully limited to the overland map. There's even a glorious new house in the city of Markarth that's currently unbuyable, which will likely be tied to a future event in the way the Antiquarian Alpine Gallery was tied to Greymoor's Lost Treasures of Skyrim event in September and October.

And yes, there are bugs. Markarth fortunately had a relatively smooth launch compared to Greymoor, aside from a few hours on launch day when the Crown Store was down, and. I'm happy to report I've seen no sky-high pings or monstrous lag. But Greymoor introduced a few nasty problems of its own, some of which might be resolved in a patch that should drop around the time this review goes live. The most hated one affects light attacks, as any spell you activate won't hit unless the light attack animation has already landed. (This is a massive blow to a common ESO damage dealing-technique known as "weaving.") Elsewhere, I can't interact with some objects unless I reload the UI, and quests sometimes won't activate when I arrive at the specified spot.

An especially annoying bug affects the world boss Voidmother Egroalif. You can't get credit for beating her if you whittle her health to nothing like normal: Instead, after the battle starts, a tank player has to taunt her away from the group and reset her. I find this one especially tiresome because it requires long explanations to newcomers every time I attempt to do the associated daily quest. 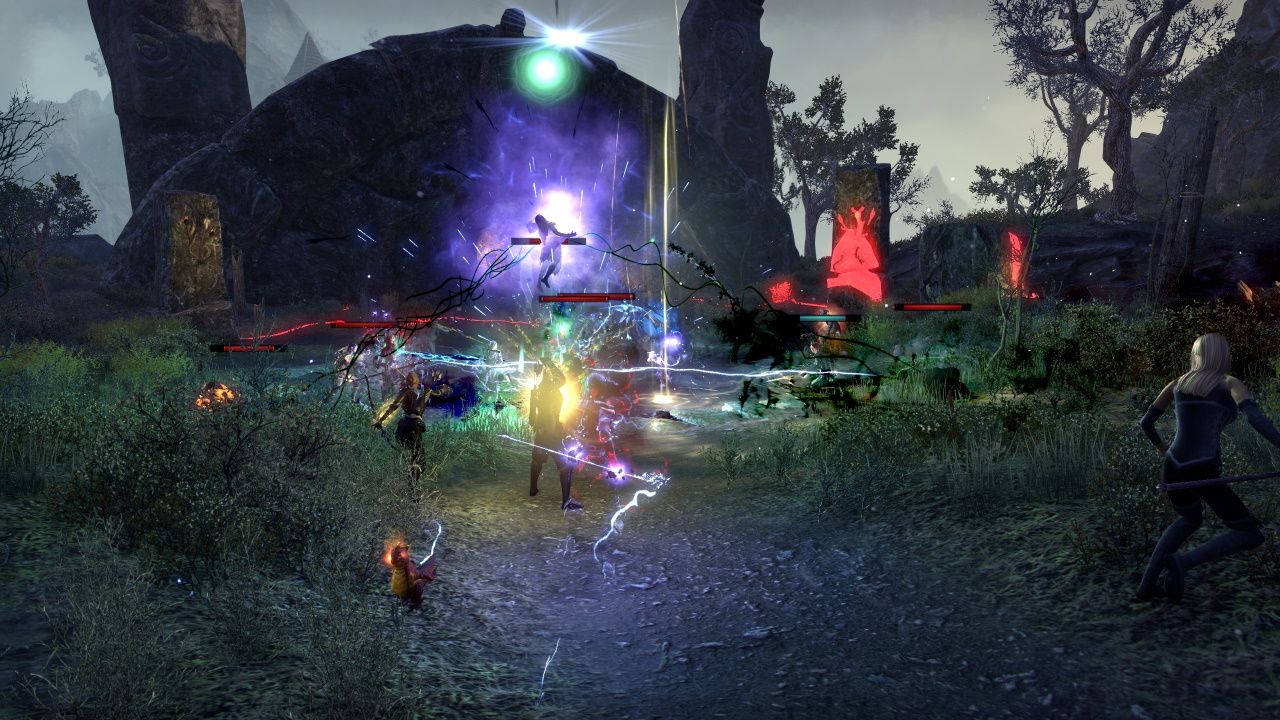 Again, hopefully a lot of this will be resolved on this day this review goes live, but if you're reading this on November 16 and you still haven't played Markarth, I recommend waiting at least a day or two more.

I wouldn't go so far as to say that Markarth "redeems" Greymoor, but its focus on the relatively unfamiliar Reachmen lends it a sense of discovery that the previous major content drop didn't have. It's also a good spot to jump in if you decided not to buy Greymoor, as the Markarth DLC comes free with an ESO Plus subscription. The only downside of playing it without Greymoor is that you won't have a complete grasp of what's going on, but Greymoor sidelined the main villain so much that it barely matters anyway. Bugs aside, Markarth gives us a healthy dose of the kind of stuff we expect to see from ESO DLC. If you're looking for a good reason to return to one of Skyrim's most unique cities and to get a new serving of the tried-and-true ESO experience, it's not a reach to say you'll probably have a good time.