Off we go, into the wild blue yonder, flying high into the sky.

This was a refrain I heard a ton growing up on an Air Force base here in the States, and if those words made sense to you, you'll understand why. The Air Force's anthem always held a place in my heart as the idea of flight has always been something I've been enthralled with. The freedom, the speed, everything.

World of Warcraft isn't a stranger to flying mounts. Flying happens frequently, especially in older zones where so many of the population in the MMO has unlocked the ability to just hop on their own Griffon and soar from The Howling Fjords all the way to Icecrown. It's slow, but certainly faster than walking.

However, by design, no creature in Azeroth could just leap into the air and take to the skies themselves. At least until now.

The Dracthyr Evoker is the new hero class and race combination from World of Warcraft: Dragonflight, and while my thoughts on the class as a whole are still up in the air (I'm late to the Dracthyr party, but still enjoying what's there so far), I can't see myself going back to my main characters for one simple reason: Soar.

Soar makes the Dracthyr really stick out among its peers. Thanks to its kinship with Dragonkind, the Dracthyr is able to use its powerful wings to take to the skies, even if for just a short while, making traversal across each map so much easier and more interesting.

Sure, there is something to be lost by not exploring every nook and cranny on the ground as WoW has been experienced for the last eighteen years. And indeed, one of the things I enjoy about the way Warcraft allows you to use in-game flying mounts is that you're required to have done the zone's content first the normal way, the Dragon Isles feels different in that regard.

Since Dragonflight's main new mechanic is its Dragon riding skill, the zone has been built with the idea you'll be experiencing it from the air just as much as you would be on the ground. And with the Dracthyr's Soar, you're effectively getting Diet Dragon riding every few minutes.

There is something exhilarating seeing my Evoker charge up his strength to venture forth into the skies, each animated frame looking as though my avatar is free in a way that I can only dream of. It's reminding me of those first moments I took to the skies, in effect, in Swords of Legends Online last year, the incredibly fluid and fast movement that allowed me to cover large swathes of ground quickly through the air fundamentally changing how I viewed movement in an MMO.

The Dracthyr's Soar ability is fundamentally changing how I look at World of Warcraft.

Sure, there is a four-minute cooldown on the ability, meaning there will be times I have to walk between quests (or just hop on my mount if needs be), but what I've started to do is time my questing so I can immediately just hop back into the skies to fly back to a quest turn-in rather than slogging through enemies and more normally. The Dracthyr on land moves so slow by comparison that soaring feels like it's the most natural extension of the Dracthyr themselves, as if they long to be lifted heavenward to glide among the clouds.

It's also made my Priest and my Monk infuriatingly slow and limited by comparison. When I hopped back on my Night Elf Priest after a few hours with the Dracthyr this week, I found myself feeling hampered by the fact that I couldn't simply soar through the skies when I needed to do so. My character felt outrageously slow in a way that I never noticed before. 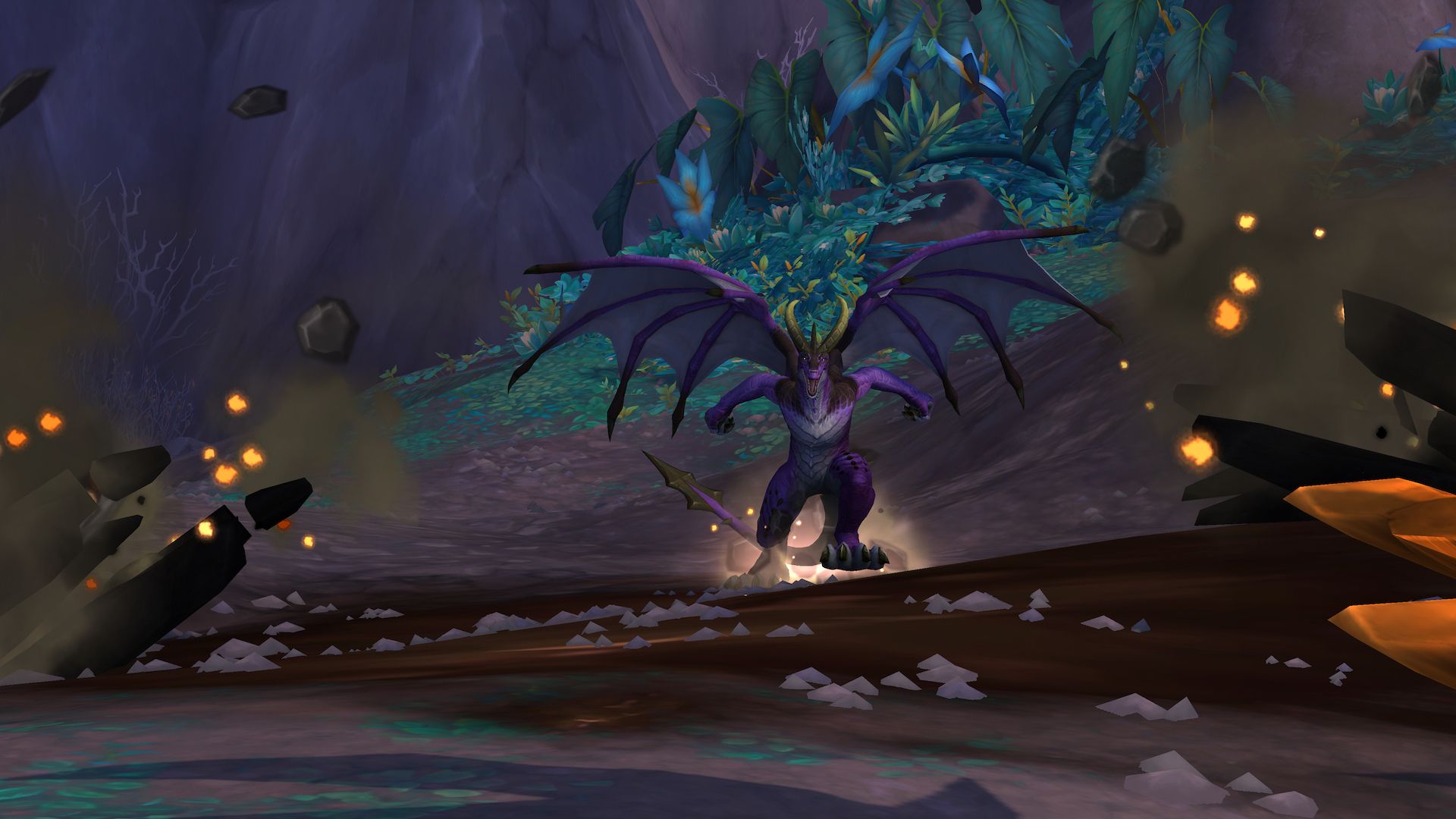 Even my Pandaren Monk, who I adore, feels sluggish as if he's sat too long eating and is now trying to work off the calories. If the Soar ability had been limited to just the Dragon Isles I think it would be one thing, but being able to so this in Stormwind, Kul Tiras and more just hammered home how much I love this ability.

It's not just that it's a good mode of traversal. Being able to soar into a fight and before I even land on the ground start using my Dracthyr skills such as the Deep Breath ability allows for some seriously cool chaining of skills that makes me forget I'm actually playing World of Warcraft. Soaring down and then just raining hot fire on my targets before I even step foot on Azeroth again feels delightful, and it's made combat feel punchier and more interactive than it ever has in World of Warcraft for me.

I'm not sure how long this feeling will last. It could simply be the glow of a new expansion and something that feels fundamentally new in an MMO that has been around for my entire adult life. But Dragonflight's Dracthyr Evoker is such a breath of fresh air, mainly thanks to its Soar ability, that I find it really hard to go back to my other toons for the foreseeable future. And given the number of Dracthyr who have awakened around me, I don't think I'm alone in that assessment.