I remember the day my mom brought me and my older brother Mike BC into her room to give us our birthday present for that year. Our birthdays are a month apart, so my parents just shopped for the two of us at the same time, especially since there really was only one thing either of us wanted: Pokemon.

It was 1996 and Pokemon Red and Blue had just been released. She brought us into her room to have us choose which version we wanted (though, really, she let Mike choose as he was older). I was given Blue for my birthday and what it spawned was a lifetime of love for these games, as I would get Crystal (the best Pokemon game made and it's not even close), Ruby and so on throughout the coming years.

What made it so compelling to me as a kid of 9 years old, huddled over the green chromatic screen of my chonky GameBoy, was the adventure of someone my age living out his dream. I named Blue after myself, my rival after my best friend (who had Red), and set out, eagerly exploring the world around me.

Temtem, the new creature collecting MMO from Crema studios that just launched out of Early Access, is giving me flashes of those early days, but with a subtle new, and much wanted, twist. The early moments mirror what you'll experience in really any Pokemon game. You head down to the local enigmatic professor's house, choose one of three of the creatures already captured for you, and have an early battle with your rival.

From there, you set out on your grand adventure, seeking to become the world's best Temtem trainer, and catalogue the creatures in your Tempedia. Honestly, the formula early one is so reminiscent of Pokemon that I'm surprised that the Pokemon Company hasn't stepped in at any point in Temtem's Early Access run.

I chose Houchic as my first Temtem, the Mental type Temtem available from Professor Konstantinos. I've always loved Psychic-type Pokemon, so going with the Temtem analog here felt natural. Konstantinos also gave me a Tuwai, a tucan-looking Temtem to complement my Houchic. One major feature that sets Temtem apart is the fact that you send two creatures into battle as a default, so having both helped me along my adventure early on.

While the formula is pretty similar: random battles in tall grass, trainers eager to fight you along each route, one major difference was apparent from the start: other players.

Pokemon has long had multiplayer matches. But not like this. It's been absolutely world-changing to see other trainers running around from the markets, through the tall grass, standing alongside the coast talking with each other, and more. Since each trainer has a Temtem that follows them around, seeing all the different Temtems the game has on offer, from the starter ones like mine to the fully evolved versions some Early Access players have and are bringing down to the starter areas to "show off" is fun to see. Being able to walk up to a Temtem following a trainer and add it to my Tempedia is a nice touch as well that feels like I'm meaningfully interacting with the world around me. 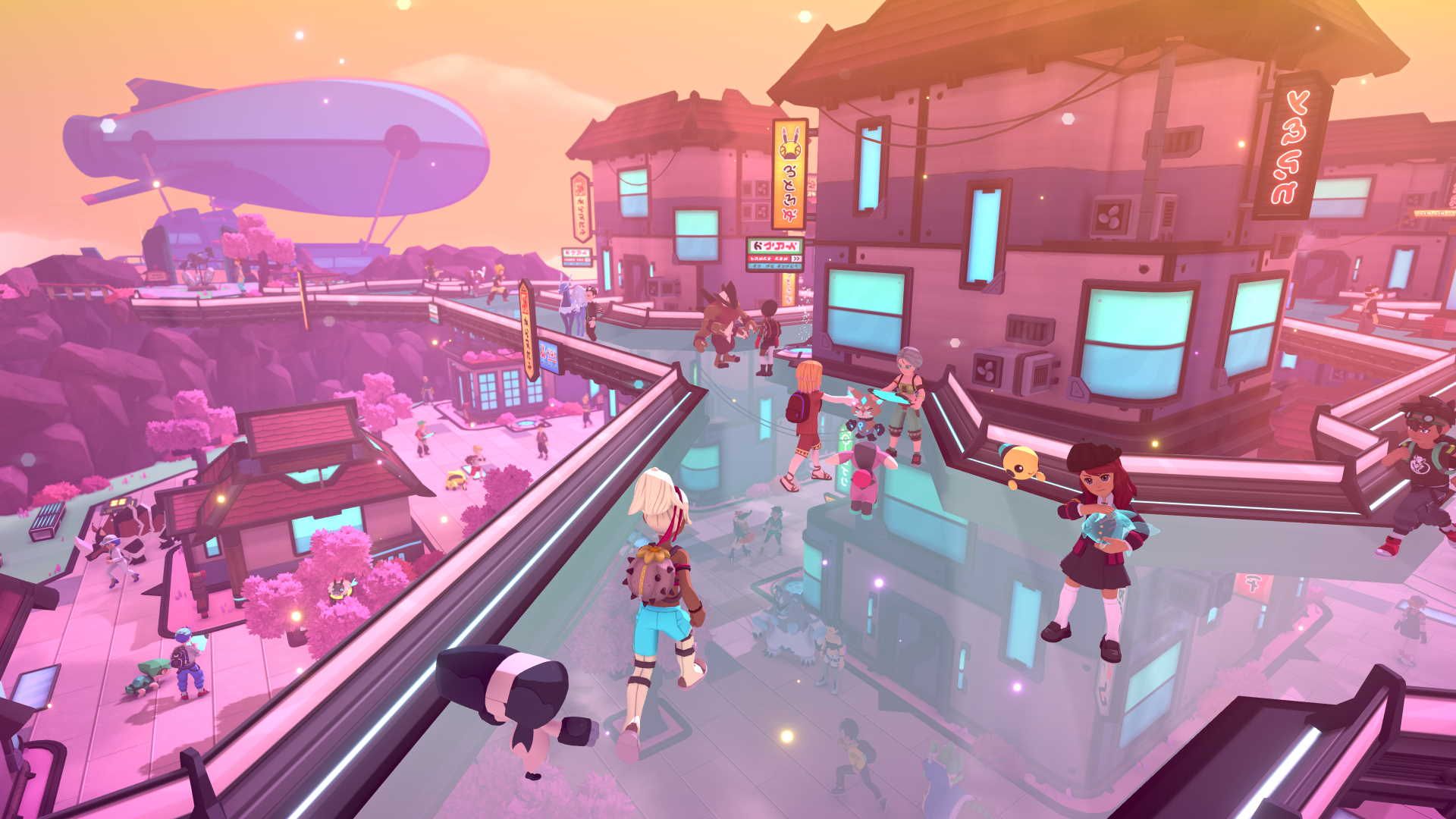 I love watching other trainers run around the world, getting into battles, randomly emoting, and much more. It's such a nice touch that makes the world of Temtem feel alive in a way that the older Pokemon titles never truly did. Sure, towns and cities in Pokemon have gotten more advanced, more populated with NPCs wandering around, but knowing that most of the people I'm seeing on screen are other real people, each embarking on their own Temtem adventures, truly makes everything feel real.

Of course, one of the things you do with Temtem and those other people is by having a trainer battle.

Battles themselves are a similar affair to the standard Pokemon formula, with a massive twist. Instead of using Pokemon Power to power a move, Temtem has stamina that has to be actively monitored each round. Over exert your Temtem and not only will they deal damage to themselves as well, but be unusable in the next round of attacks. this adds a bit more strategy to each battle you get into, which is a welcome touch. 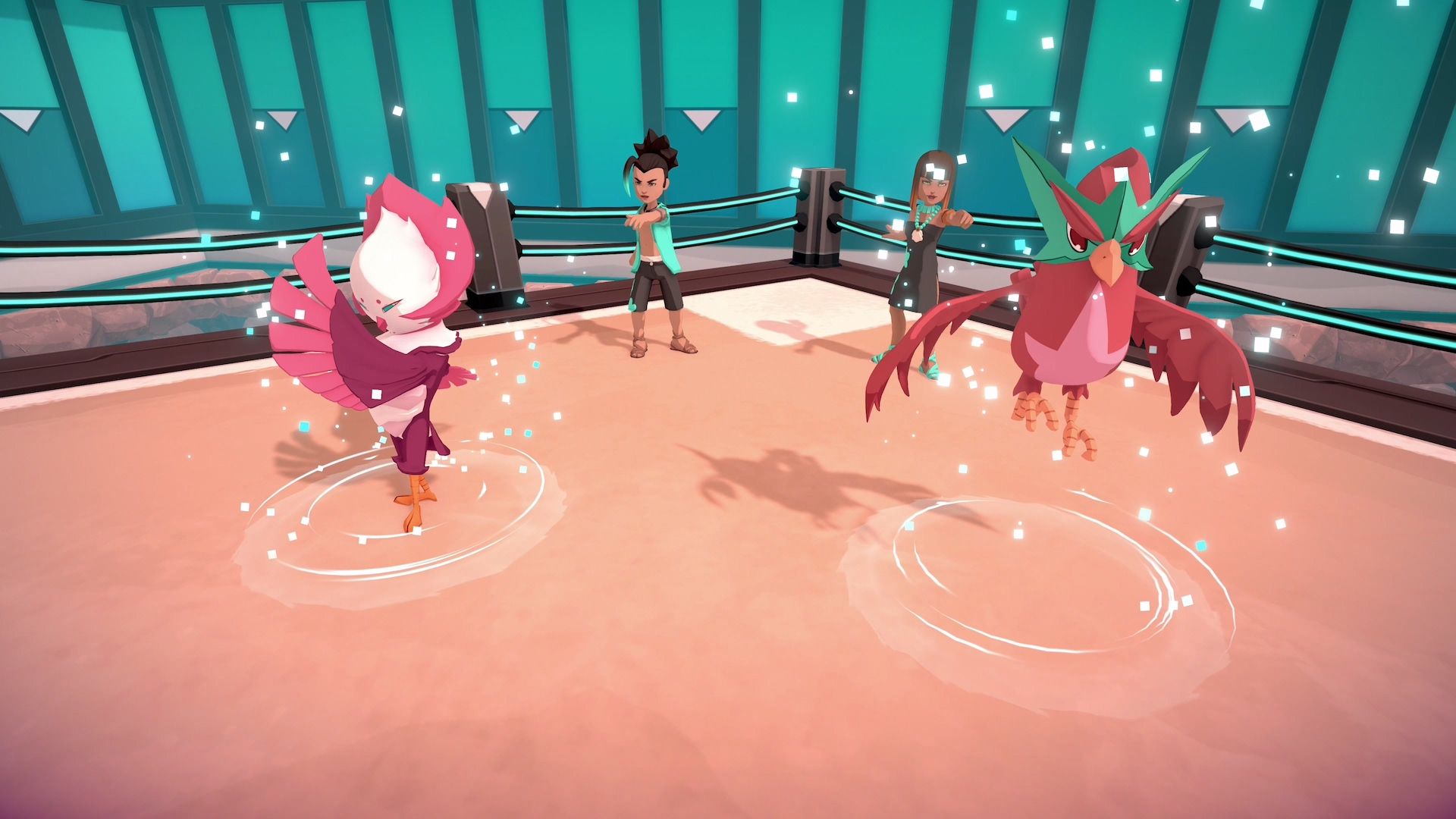 I also love that you use two Temtem by default in battles, making interesting team combinations and adjusting to your enemy's Temtem types more of a chess game. Being able to swap in a Temtem while still attack or use a debuff with another makes battles feel both more fast-paced than other titles, but also adds to the strategy.

It's not all perfect, however. Performance, especially on Steam Deck tends to buckle when in a town or there are just too many other trainers around you. Additionally, the Tamer Pass in a fully priced buy-to-play title feels a bit weird. For a free-to-play title it would fit right in, but for one charging $45 on Steam (as well as each of its other platforms), it's an addition that feels more of a money grab than anything.

As it stands now, the early goings in Temtem remind me of those opening moments of Pokemon Blue. It's a new world full of creatures beyond count (okay, so maybe 164, but still), and it's a world I'm eager to explore. Stay tuned for our review in progress from Scott next week as he dives deeper into the Archipelago.