Have you ever continued to play an online game after it stopped being fun or simply put more hours into a gaming session than intended despite not really enjoying yourself? It’s no accident. Video game companies have spent a lot of time and money researching ways to maximize player engagement. Essentially, certain games use psychological manipulation to trick players into logging on more frequently, or for more hours, than they intended.

I’ve personally been hooked on video games ever since I was a young child and gravitated towards online gaming as soon as my family bought its first PC. I spent countless hours playing games like StarCraft, Diablo II, MechWarrior, RuneScape, and eventually World of Warcraft. Gaming sessions that were more than 5 hours weren’t uncommon, especially on the weekends, but I was always having a good time and usually working towards some type of goal.

As someone who still plays a lot of online games, that feeling has changed. There’s a pressure to login and collect your daily rewards, complete your daily quests, and maximize resource usage or risk missing out on precious rewards and fall behind other players. These tricks and tactics have gotten worse as strategies from mobile games have started to spill over into console and PC games, and vice versa.

Requiring a paid subscription is perhaps one of the oldest ways to keep playing consistently engaged, however, it’s also one of the least offensive. Historically, players would purchase a copy of an online MMORPG and be required to pay an additional fee each month.

Since the days of EverQuest, there have been multiple variations of the subscription including optional subscriptions for buy-to-play games (The Elder Scrolls Online), and premium subscriptions for otherwise free games (Albion Online, RuneScape, EVE: Online). The latter has become significantly more common and creates a balance between being highly accessible but still relatively fair to both free and paying players.

The psychological effect that subscriptions tend to trigger is the “sunk cost fallacy.” If a player has already spent that $15 for a game’s subscription, they’re more likely to play it than other games in order to maximize their value from it. They’re justifying spending more time because they’ve spent additional money on the game, and the idea of throwing away money tends to make people feel stupid. I’m probably not the only one who has continued to play an MMO until its subscription ran out, despite not having fun anymore.

Even though subscriptions can push people to play a single game, they’re not very harmful overall. The most positive aspect is that by themselves, their hold over players isn’t terribly strong and the only monetary requirement is a small, monthly fee. Compared to other monetization and manipulation strategies found in games today, subscriptions are far from egregious.

The Battle Pass concept was initially popularized by Dota 2 during The International tournaments, where players could unlock prizes for participating in games and predicting match outcomes. However, battle passes became more mainstream after Fortnite exploded onto the video game scene, and since then many other online games have adopted similar systems including Albion Online and ArcheAge: Unchained.

Typically, a Battle Pass will contain two tiers: paid and free. The free tier usually has some mediocre rewards but nothing compared to the paid version. This is a way to introduce players to the system and hopefully influence them to purchase the better, shinier version. 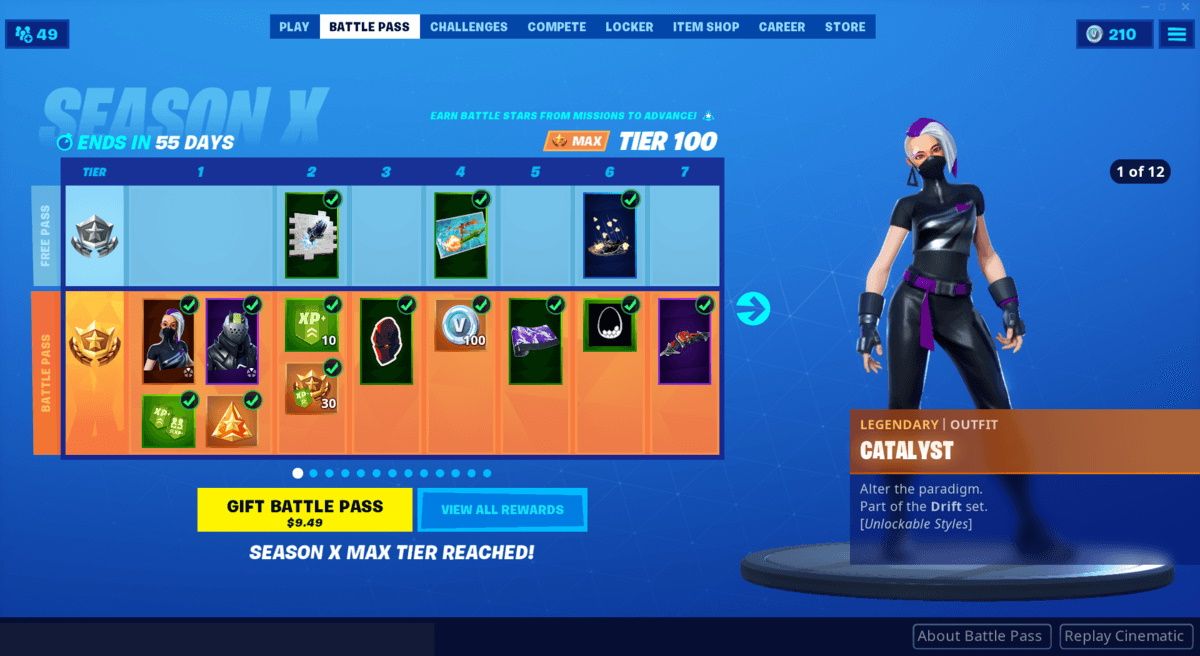 Depending on how it’s handled, the Battle Pass can be a fair design that rewards both free and paying players. In games like Fortnite where only cosmetic items are rewarded, the system doesn’t provide any additional power or advantage to paying players. However, in most MMOs, these passes usually provide some type of in-game currency or even powerful items that can’t be bought elsewhere. Even if trading is possible, this has an influence on the economy of the game.

In terms of influence, the Battle Pass is very similar to the monthly subscription except that players can objectively measure their progress. This will likely push certain players to spend even more hours on a game than a typical subscription because the rewards are more tangible. Furthermore, it combines sunk costs (paying for the pass) with a fear of missing out (FOMO) because these passes usually contain unique or difficult to obtain rewards near the end of their reward tracks.

There are a variety of different flash sales when it comes to online gaming. These can range from a discounted subscription for EVE Online to 90 percent off Artisan Memories in Black Desert Online. How these are presented in a game will determine the likelihood players are to buy them, how immersion breaking the advertisement can be, and the psychological impact on potential purchasers.

Receiving an email or two about a discounted monthly subscription cost for an MMORPG isn’t terribly intrusive. Sure, it’s bound to grab a few individuals who were on the fence, but anyone who wasn’t already interested in the game is probably going to ignore it.

On the other hand, in-game item sales and popup ads are not only annoying but can influence players to buy items they wouldn’t normally. Many MMORPGs, and almost all mobile games, have in-game item shops ranging from cosmetics to functional items and character boosts. Offering a highly coveted item at a low cost is going to get the attention of a lot of players, even those who might not have been previously interested.

Having a limited amount of time to purchase a discounted item triggers the fear of missing out (FOMO) in many people. This tactic is used in most areas of sales, especially during times of steep discounts like Black Friday, and it tricks people into thinking they’re saving money by purchasing an item. However, no matter how steep the discount, if you weren’t intending to purchase the item before the sale then it’s still costing you money that wasn’t intended to be spent.

Present in nearly all types of online games, the goal of daily quests is to create a routine for players and influence them to login every day. There are a few ways daily quests are setup, but they typically follow two patterns: true daily and cumulative.

The ‘true daily’ quests are typically found in MMORPGs and consist of quest hubs where players grab multiple, repeatable quests, such as ‘kill 10 rats’ or take this item to that person on the other side of the continent. There are also usually daily random dungeons or PvP battlegrounds. The incentive is gold, gear, reputation, or increased experience depending on the game and type of quest. The goal of developers is to increase login frequency but also improve play style diversity. Without incentive for random dungeons or PvP, those modes might not be as popular in certain games. 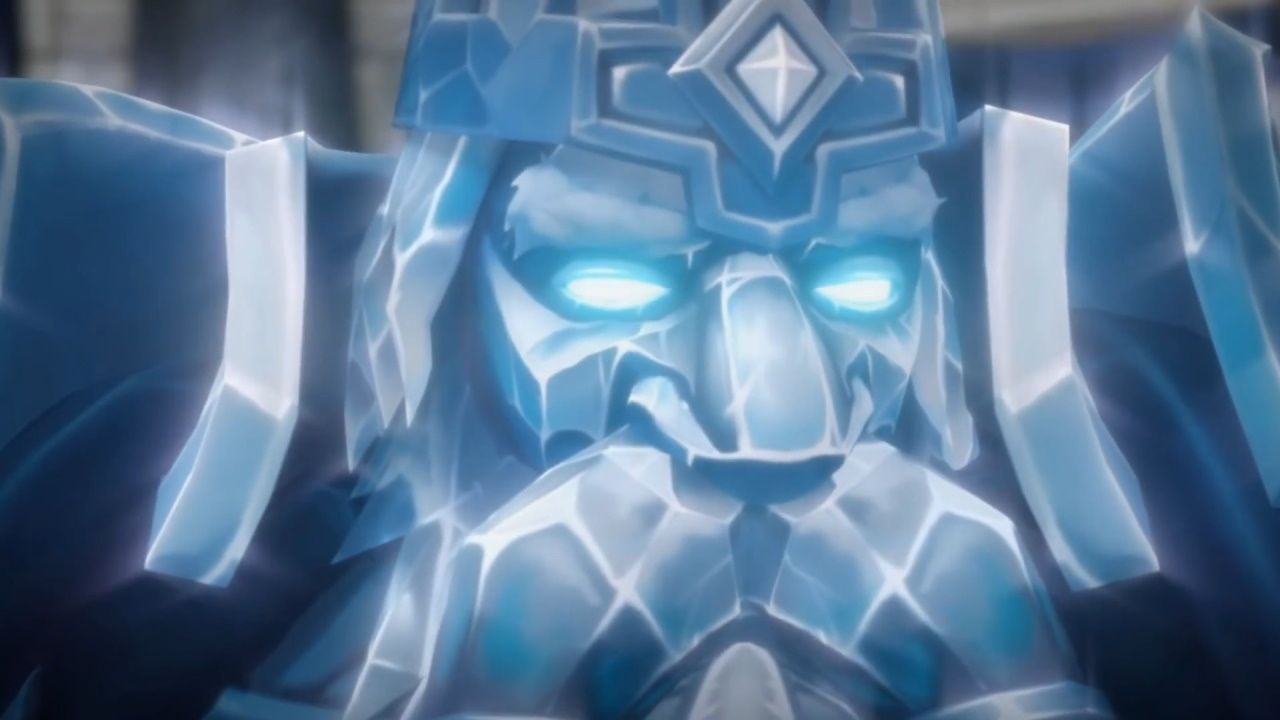 Magni looks down on you unless you do your dailies

The ‘cumulative’ daily quests are those where multiple can be obtained over time and then completed all at once. These are usually found in online card games, such as Hearthstone or Magic: the Gathering Arena, and allows players to collect multiple daily quests that can be completed separately or together. While this might encourage players to login less often, it rewards longer play sessions.

Some games combine both of these methods to maximize engagement throughout the week. Depending on the expansion, World of Warcraft typically has end-game daily quest hubs that reward gold and weekly dungeon/raid locks, which are an important time gate to progression. While daily quests can be annoying, there isn’t usually a monetary impact, the amount of time required is generally limited, and they can potential increase play interaction.

One of the most disliked mechanics in gaming is Energy. Usually found in mobile games, energy can limit the amount of time that a person can play a game. Often, energy is plentiful during the beginning of a game and costs increase over time while access to ‘free’ forms of energy diminish. This encourages players to purchase energy, either with real money or in-game items, or have their progress halted.

There are two main problems with energy systems. The first is attempting to manipulate players into spending money to continue playing. In many games, the more energy you have the further you can progress and the more equipment you can grind. This incentivizes players to buy as much energy as possible, which is likely why most games have a cap on how much can be purchased using real currency in a single day.

The other problem is that it incentivizes players to login multiple times a day in order to not ‘waste’ energy. This is exacerbated by push notifications reminding players that they are full on energy or that bonus energy has been sent to them. Instead of logging in and playing for an hour a day, players are now encouraged to login multiple times at various point in a day in order to maximize energy.

The in-game systems that I’ve mentioned in this article range from mildly annoying to ethically questionable. It’s reasonable to expect a company to want compensation for its game and servers, whether that’s through slow, steady income or sporadic waves of purchases. However, once games start manipulating player to do or purchase things they might not have wanted, we wade into a morally grey area.

While I might have a deep understanding of video game systems and a background in business, I’m not a psychologist. Therefore, I reached out to Chris Ferguson, who has a doctorate in psychology and is the author of Moral Combat: Why the War on Violent Video Games Is Wrong, to discuss whether these strategies are potentially dangerous to players.

According to Ferguson, there’s no denying that companies do employ strategies to increase engagement, but the focus should be on whether it’s a big deal or not. Where does it fall “on the scale of ‘kind of annoying thing that gets me playing a bit more than I wanted’ to ‘my entire life is upended and I can’t function as a human being.’”

For the most part, current evidence suggests that the danger is quite weak, but it shouldn’t be ignored completely. “Even highly engaging games aren't going to hook someone like cigarettes or heroin will,” said Ferguson. For the most part, susceptibility to pathological gaming is the result of an underlying, preexisting condition such as depression, ADHD, or even autism.

Based on a study conducted by James Sauer, Chris Ferguson, and Lauren Hall, even one of the most controversial topics in gaming, loot boxes, did not have a major effect on those with a preexisting gambling addiction. Data pulled from Australia, New Zealand, and the United States, suggested that (on average) problem gamblers spent approximately $13 (1300%) more a month on loot boxes than non-problem gamblers.

While this increase technically shows that individuals with gambling problems are more susceptible to loot boxes, the real-world effects for the average person should be minimal. Therefore, it should be up to companies to minimize the harm of their monetization techniques and be clear about things such as loot box contents and drop rates.

In conclusion, there are a lot of strategies that game companies implement to increase engagement and spending from their players, but for the typical gamer this isn’t particularly harmful. However, the next time you login to your current MMO or MMORPG, think about whether you’re truly enjoying that experience or being motivated by something else.