When Solasta: Crown of the Magister first entered Early Access, I took a look at it and pretty quickly played through all of the content they had available. Not because there wasn't much to play, it was a lot of fun even at that early stage. Since then, I have let it sit while Tactical Adventures has diligently updated it and added more features and story to play through. Although the campaign's story is the same, there has been a ton of polish, and some parts of the story have been changed a bit. I haven't finished everything yet, but so far, Solasta is a solid game that stands on equal footing with past giants like Neverwinter Nights and Baldur's Gate.

One of the things which they have worked on since Early Access started was the difficulty options. There are multiple preset options, but I could also click the "custom" toggle and tweak the settings however I wanted. Everything from how the enemy AI works to if you want the dice rolls to be preserved when you reload, and everything in between, is available to set how you like. I could even impose penalties or bonuses on my characters or the enemies. There's even an option to toggle how encumbrance is calculated; you can't turn it off completely, but one option allows 150x STR carried, so it's essentially unlimited. Having this many options to mess with really lets players tailor their experience to fit what they want. There's a ton of options to make things easier or more challenging. 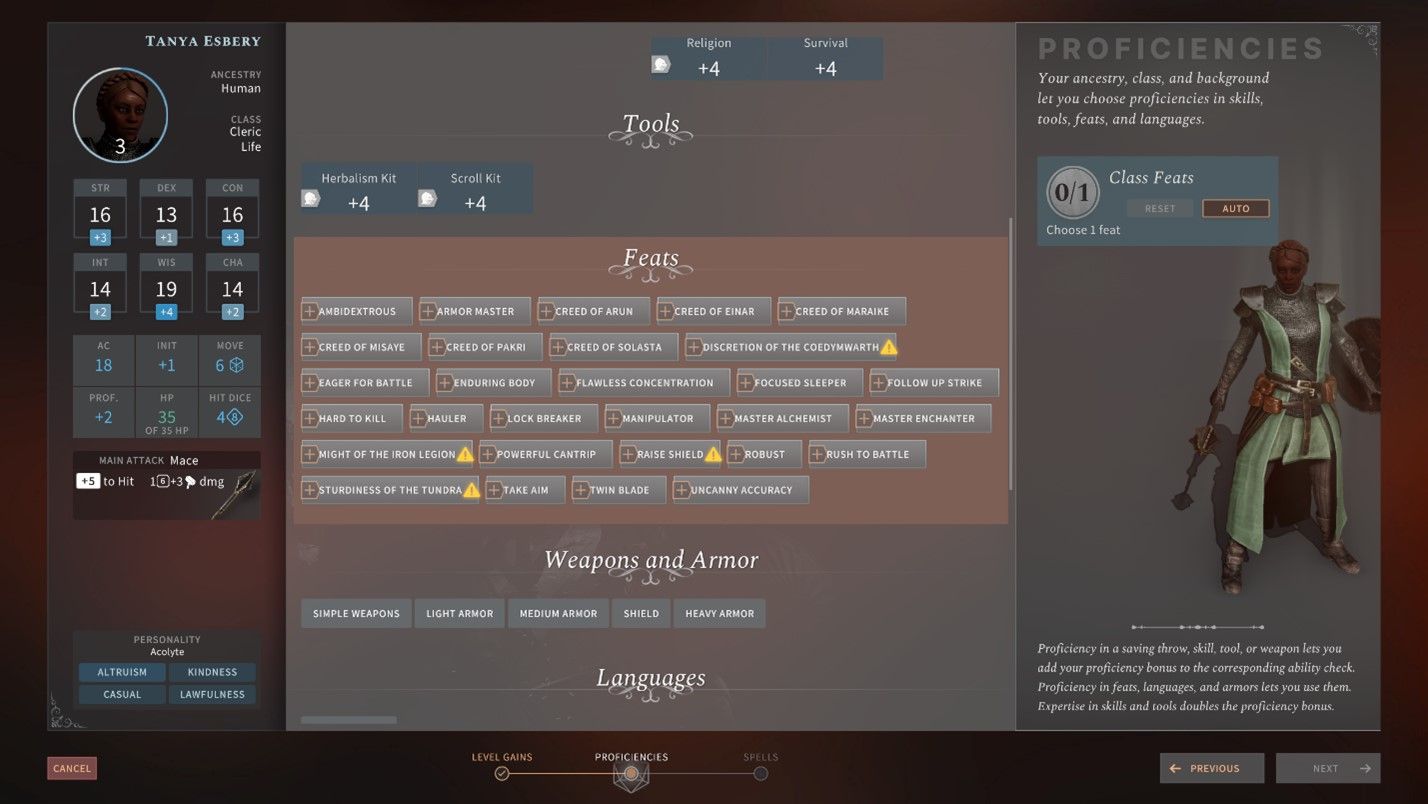 Character creation is also essentially the same as previously, except it's more obvious how to select the various race alternative options. Also, there's a bit more direction in choosing different character creation options. For example, when it comes to selecting skills and languages, there is a clear indicator that there's more info available. When you mouse over it, there's a message explaining those particular skills and languages aren't used in the current campaign. I had been concerned about how clearly that would be communicated, but it is pretty hard to miss. Hopefully, in the future, if other campaigns are released, we'll be able to use some of those skills and languages.

The early questline does an excellent job of introducing all of the game's basic mechanics early on. However, the part where each character tells a story about what happened to them on the way to the meeting has been tweaked a bit, so it's easier to complete even if you don't have a rogue in the group. This goes along with the changes they recently made to make it possible to complete the game no matter what your party composition is. Certain situations might make things harder or easier depending on your part comp, but nothing outright blocks you. However, I did discover in the library that some choices I made in my party's skills did mean I could not get to some chests. I did go back later with a scroll of flying and was able to get them. There wasn't anything too important in them, though, so I wasn't missing out on anything important by not getting to those chests, even if I hadn't gone back for them. 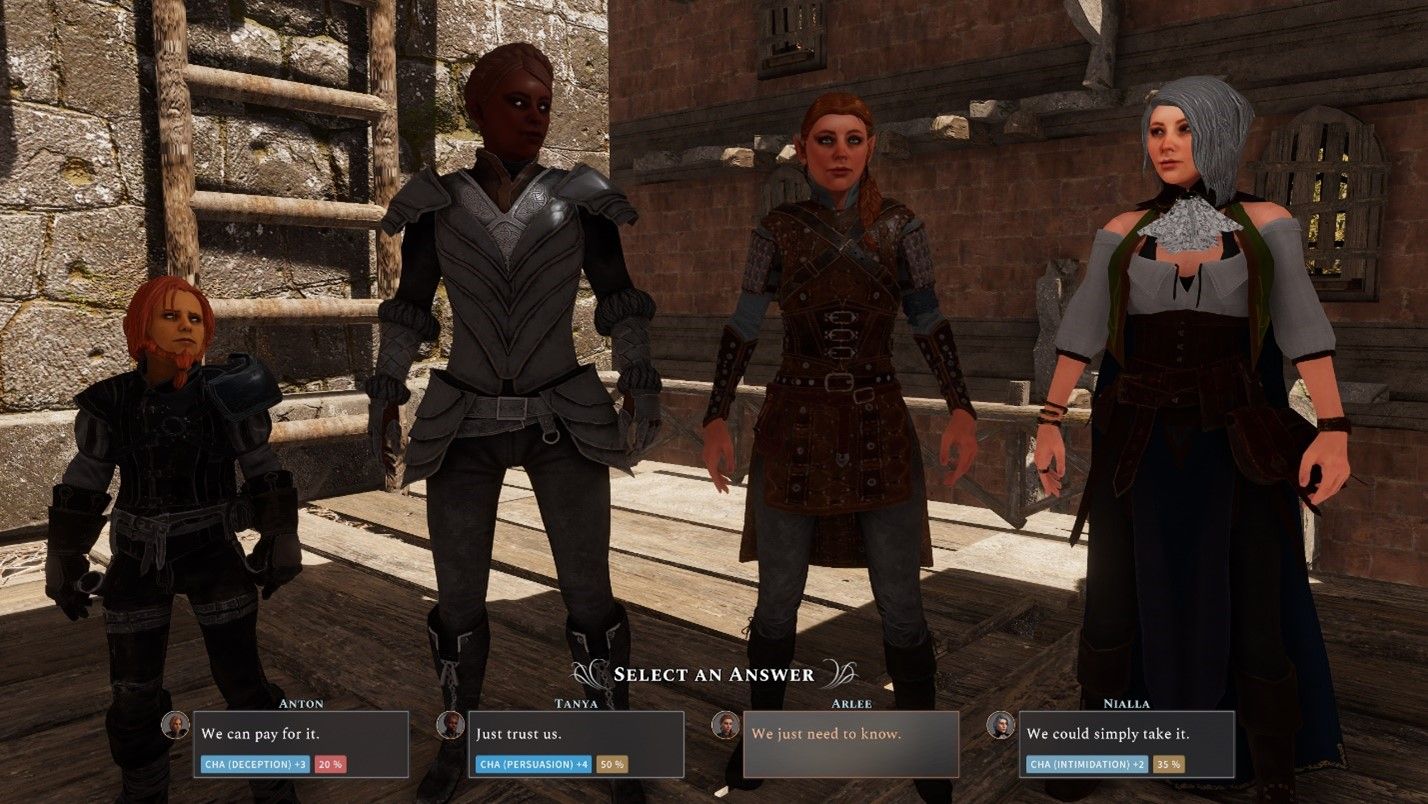 I did run into a weird bug in the library dealing with moving the characters around and the camera. It isn't a huge spoiler to say one of the things you find very early on is an old magical library, and finding your way through it takes you through many different levels on the map. The problem I encountered was I took my party down a ladder, messed with some stuff, and then couldn't tell them to climb back up the ladder. I didn't get the "no path to destination" message; I couldn't click the floor above to tell them to go back. Eventually, I figured out I needed to press the up arrow on my keyboard to change which layer the camera was on. Once I did that, it worked perfectly. The strange thing, though, is it wasn't consistent at all. Sometimes when I changed layers, I could still click on a different layer with no issue, and other times I couldn't. That made things a bit more frustrating than they should have been.

Also, in Solasta, there are different factions in the city who all wanted me to bring them things. Getting favor with them is appealing because they all have different gear, consumables, or crafting patterns available. However, some factions don't like each other very much, so gaining rep with one would cost me rep with another. I also thought that when I talked to a faction representative and said I wanted to give them the items, I thought they'd be automatically taken out of my bags. Instead, a list of all the items that the rep will accept popped up, and I had to click each thing I wanted to hand over. Initially, this annoyed me, but it does allow me to choose what faction I want to give which things to a bit better. It gives me more control over how I play, so I am glad it was done this way. 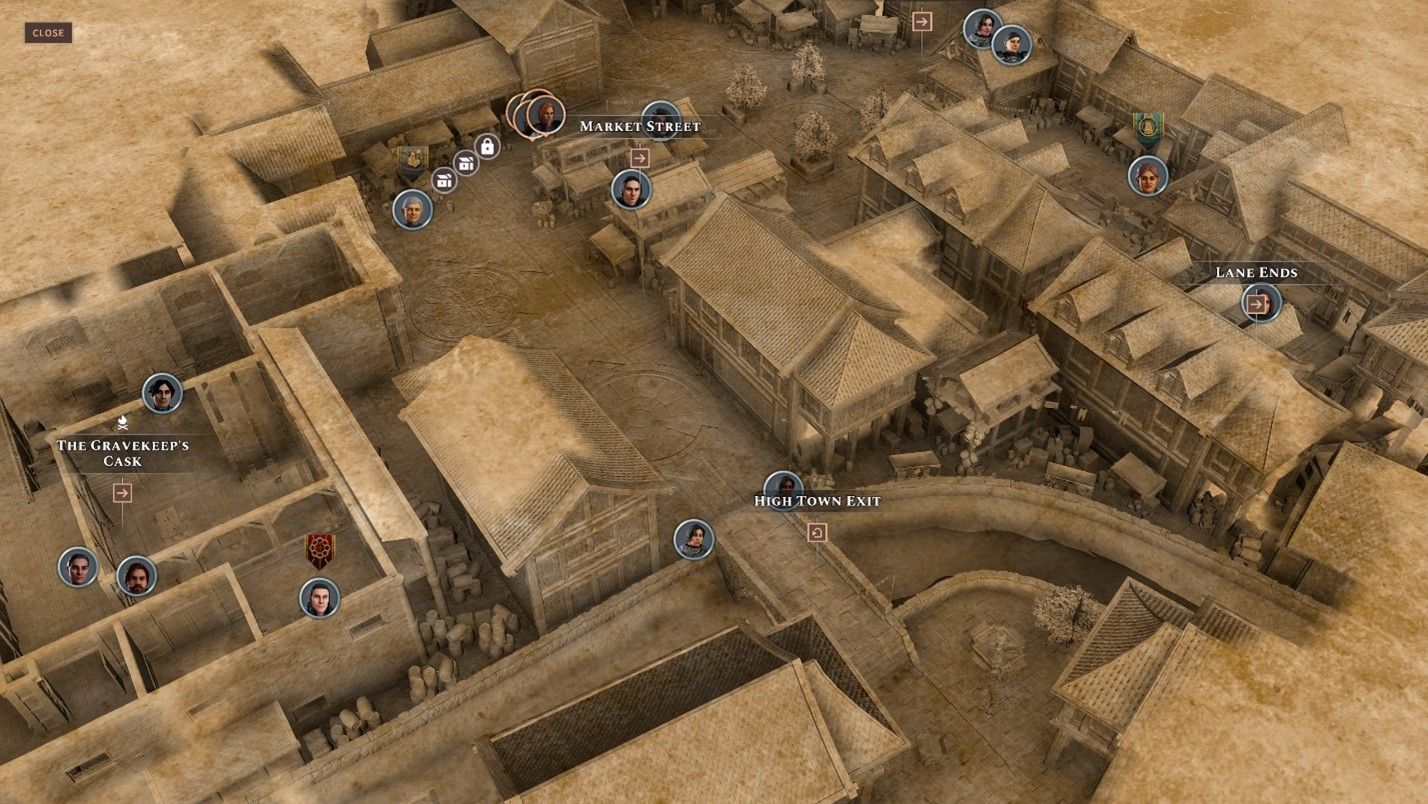 I've gotten through all the early parts of the story, and I'm just really getting into the meat of everything, so I have more explore. After the early quests, I have the freedom to choose how I want to pursue continuing the story, and that is a fantastic change. There's also a bunch of side quests I want to explore and experience. I'm enjoying what I've seen so far, and I can't wait to experience the rest of Solasta this week.