Kingdom Hearts finally hit PC yesterday after 19 years as a console exclusive, and much of the question surrounding the zipper-fueled Disney/Final Fantasy cross over is how good the PC port was. Well, we checked out it out yesterday and the results were...semi-decent?

One of the features I was surprised to see withthe older games in the series was an unlocked framerate. I had a feeling we would see this with Kingdom Hearts 3 and even Kingdom Hearts 2.8 Final Chapter Prologue, but the older games were made in a time where much of the framerate was also being tied to game physics. Other games from that era, such as Final Fantasy X didn't see unlocked framerates with its remastered versions. I was plesantly surprised to crank the framerate up to my monitor's 144hz max and go all out against some Heartless. 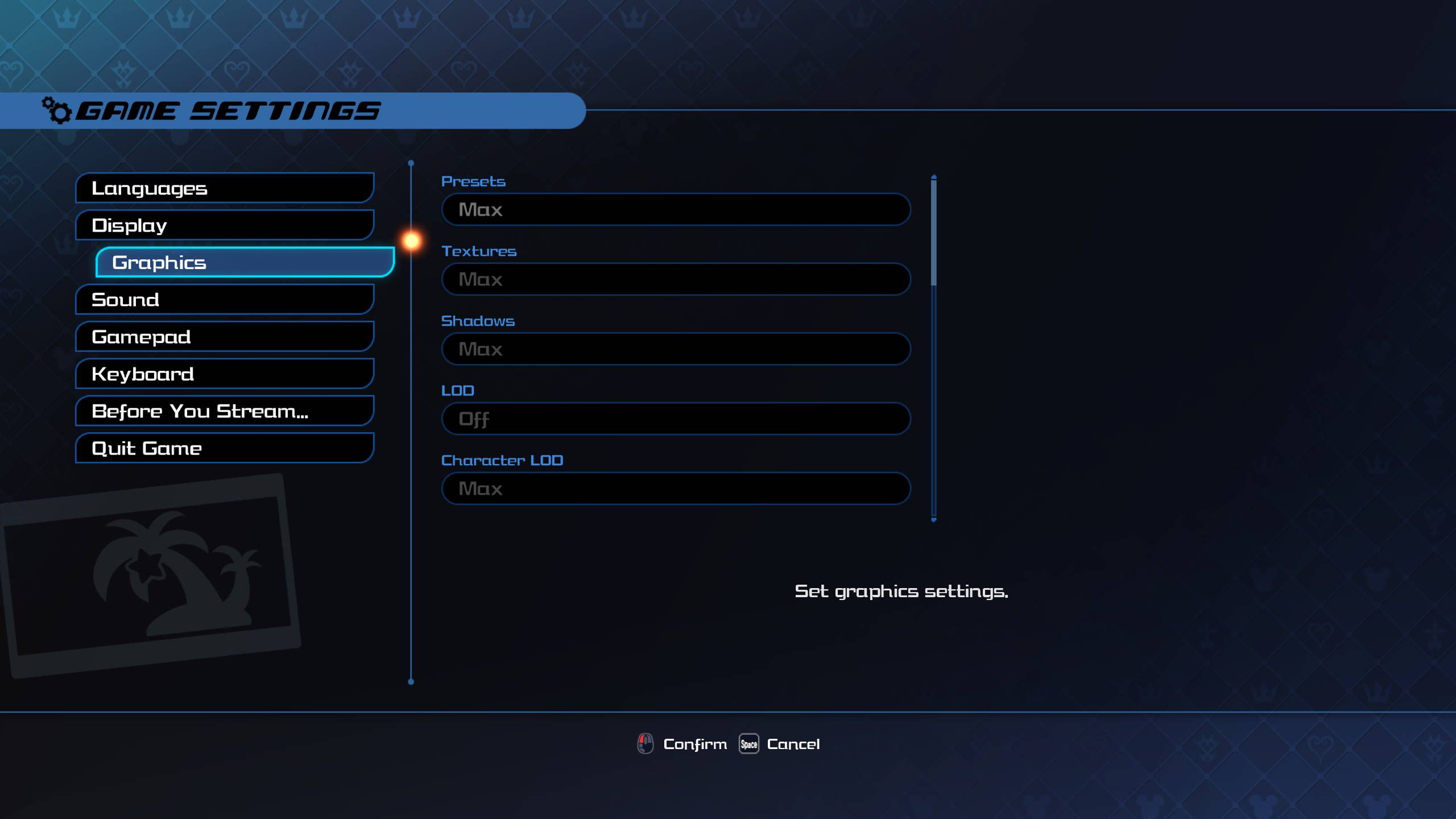 When you load up Kingdom Hearts 1.5 + 2.5 HD ReMix, you're actually greeted with a separate launcher from which you can launch the first, second or one of the other games in the ReMix package. This will then launch another window which is the game itself. This made streaming it a bit weird, as my Game Source in Streamlabs OBS was having to swap and find new sources when I would launch the game from the start.

Another issue I had initially was it continually crashed while trying to stream when I would just try to access the graphics options. A restart cleared this issue up and we were able to stream the first part of the Kingdom Hearts FINAL MIX on Twitch last night. Keyboard and mous controls are fully present, and they aren't that bad either. But this was a game built with controller in mind from the very start, and it feels best with either an Xbox or PlayStation controller in hand.

That said, KB/M isn't a terrible way to go, though I do suggest turning camera movement to manual. Be aware, though, there are some scenes where you can't move the camera, such as going through a hallway or corridor in a building. Combat also be default auto-locks to the nearest enemy to Sora, and the mouse camera movement is all but useless when locked onto something. This is a good and bad thing, as sometimes your camera can get caught on the environment, like what happened to me in Traverse Town last night. Auto camera movement helps there, but it just feels unnatural on a mouse compared to the controller.

I do like, however, that these experiences are tweakable. you can toggle the auto-lock and camera movement to suit your preferences, so finding what works best for you is definitely worth taking the time do.

The older games lack graphical options, however. Kingdom Hearts III + ReMind, as it's built using Unreal Engine 4, does offer a bit more customization, with a bevy of graphics options as well as a resolution scale slider to get even more out of your GPU.

Performance seems mostly solid as well. There were spots where I noticed some frametime issues, like in the secret place in the Destiny Islands. However, by and large, the performance so far has been pretty great. Cutscenes are a bit jarring, as even the in-engine scenes can sometimes be slowed down due to stylistic choices by the KH team. The resolution on some of the pre-rendered scenes seems blurry too, I'm guessing at least in the case of the first Kingdom Hearts that the scenes are 1080p, while my monitor output is 1440p. It's a little disappointing, but not that unexpected.

All in all, I think I was expecting worse. I think Kingdom Hearts  is still best played on a gamepad, so I've reverted to type, essentially becoming the 15 year old kid who was (and still is) obsessed with a game that involves Mickey Mouse and convoluted plotlines. It's overpriced on PC, that's for sure, but if you've never played the series and want to check it out on PC, it looks like the port is a good way to get your feet wet on plotlines that still have even the most ardent fans scratching their heads almost two decades later.