A holiday is best enjoyed in the company of your loved ones. In the case of a pandemic (or really, just an MMORPG), you can always substitute family for a horde of like-minded snowmen, who will be like your family for about an hour two.

Players in Final Fantasy XIV took this approach not too long after the game’s holiday event started. The annual wintry season of events, “The Starlight Celebration,” started on Monday, and with it came more than a stocking of goodies. The downside is that most of the rewards are Magicked Prisms, which just throw a projection over your head. This year’s are little numbers made of ice cubes. Hey, at least you can meme with those, I guess.

The guaranteed Big Prize Of The Year for completing all the Starlight Celebration quests is a snowman “mount.” I put “mount” like that because while it’s technically a mount, you’re actually essentially riding a snowman mecha by sitting within a giant snowman and driving it around (or something like that). You become one with the snowman. You might as well just become the snowman.

Of course, with the quest only requiring you to be level 15, pretty much anyone who’s played a few hours can be a snowman. Imagine, then, that everyone in this multiplayer world can become a snowman. And they’re all the same massive, bold and cheery snowman, only varied by size depending on the user character’s race.

Also remember that back in patch 5.3, the game added flying for all players that completed the Main Scenario Quests, typically around level 50 or so.

In the first day after Starlight commenced, players congregated in their newfound snowman forms to shift into various forms of snowman crowds. Everything from towers to slow marches could be found across the lands, especially in starter areas such as Mor Dhona, all the way up Ishgard, where free player accounts are allow to roam once they’ve reached Heavensward.

Most crowds across a number of servers seemed to have found it easiest and most powerful to just stack up into massive towers, like Silverddragn on Twitter noticed on the Primal data center. 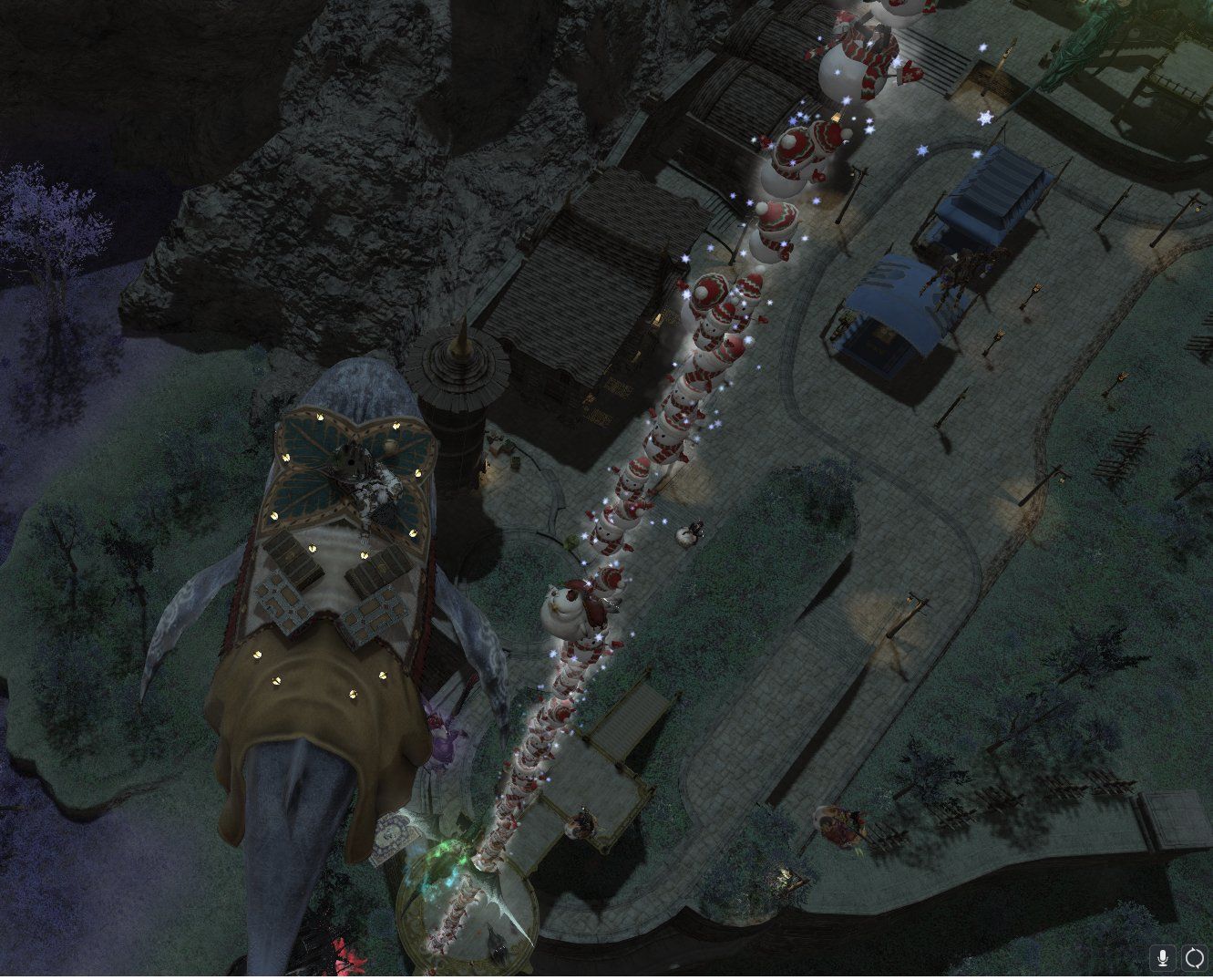 Some simply gathered around their local Aetherytes (teleportation hubs) to create a ring of festive, like-minded snowmen, like Jaclyn DeCarlo in a Facebook group saw on Coeurl. 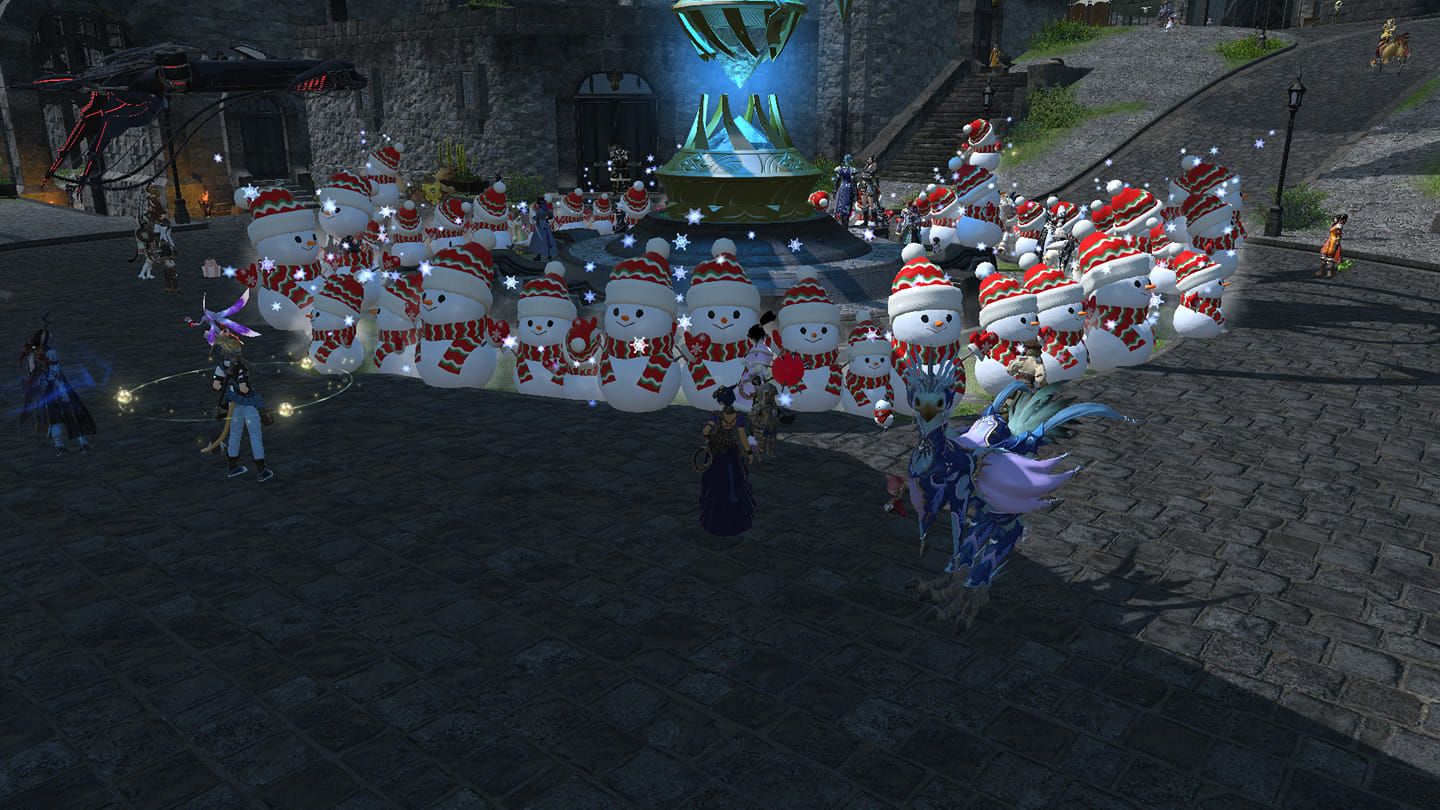 Others got a little more festive (and complex) with a number of shapes and activities. Kyle Beltz, also on Facebook, found a wholesome heart of snowmen on his home server of Mateus. 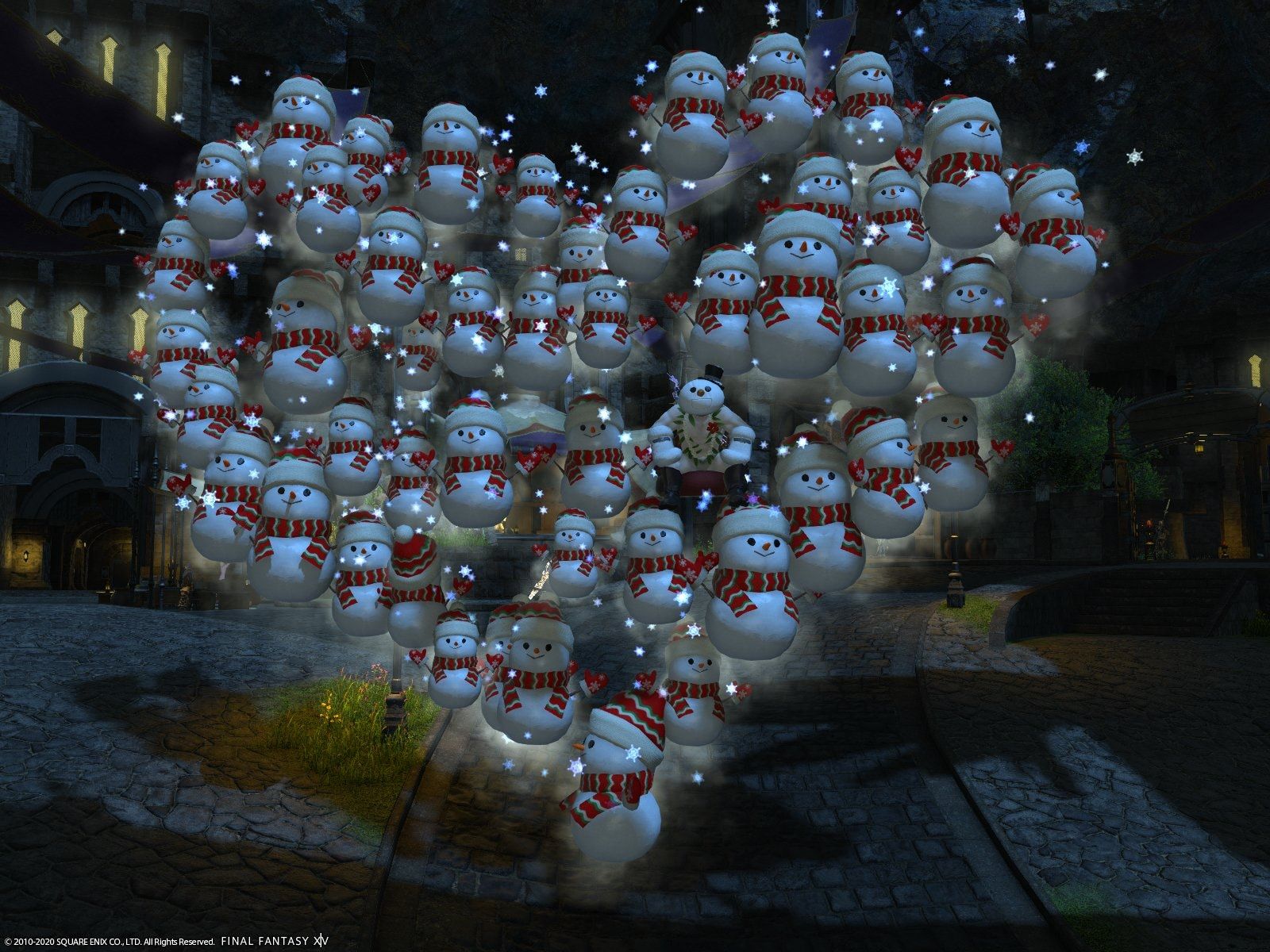 And to cap off the sightings, Hanlobosrokan on Twitter seems to have participated in a group formation activity in Spriggan. Nothing better to get into the holiday spirit with than, well, literally spelling out the holidays. And bonus for making a star! 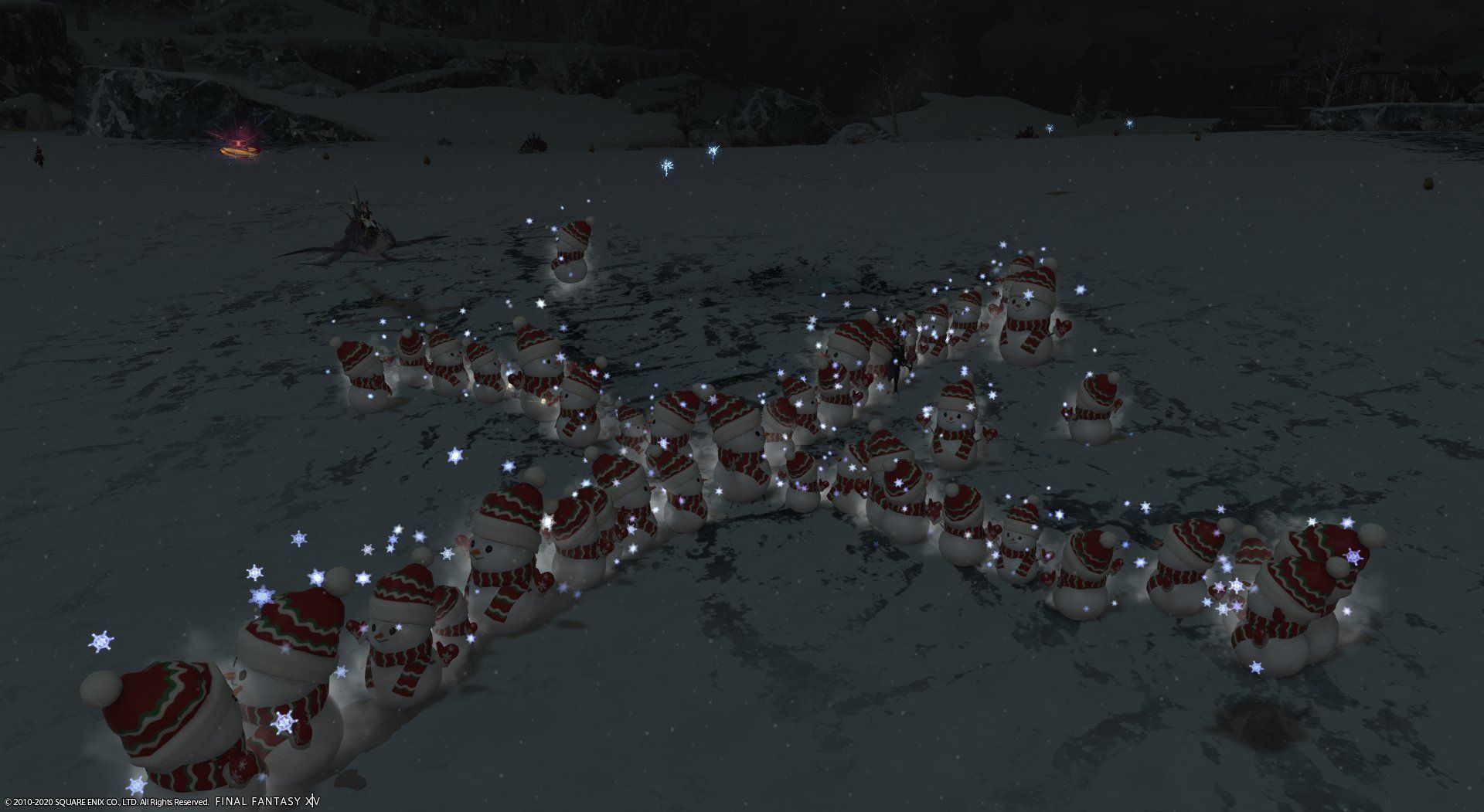 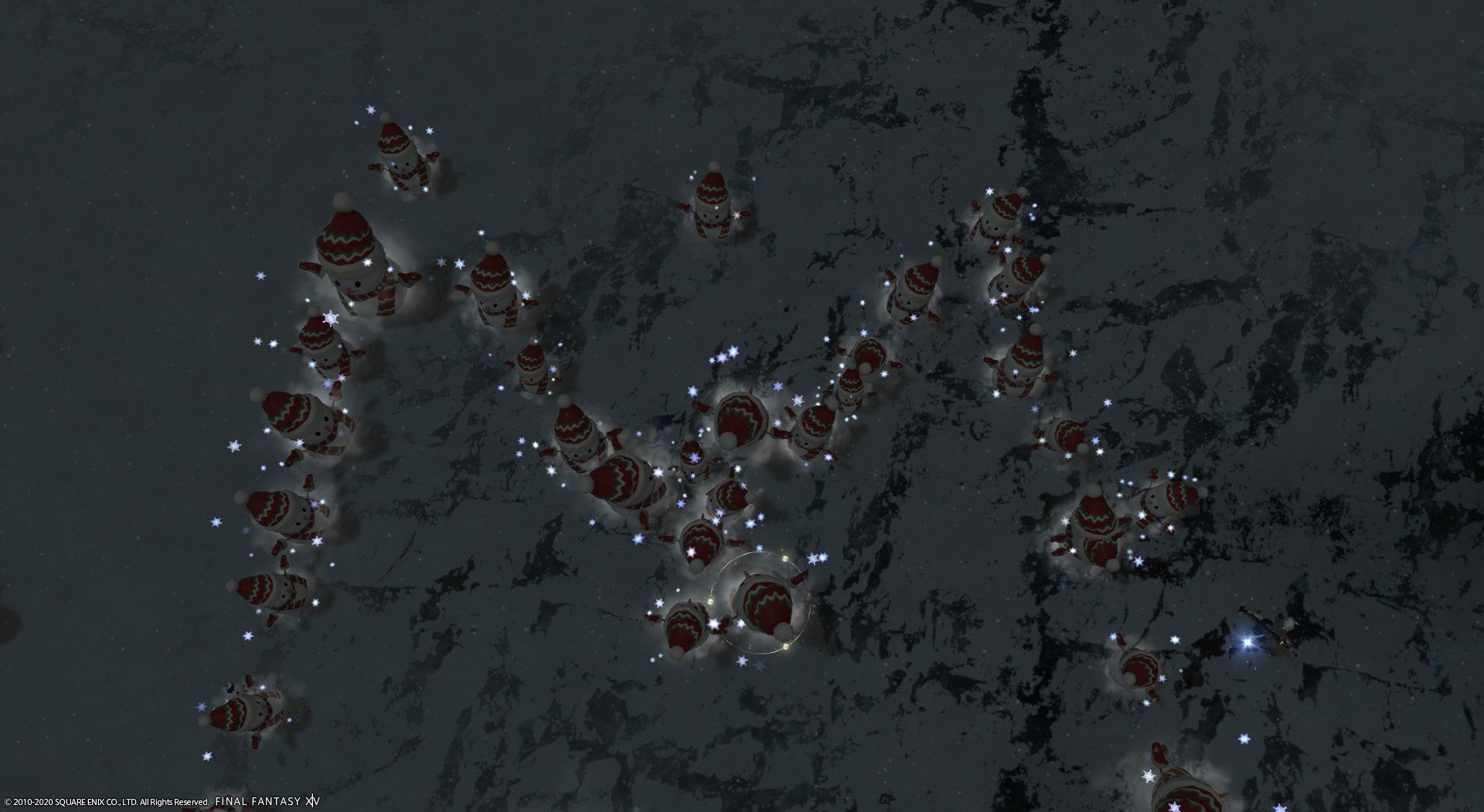 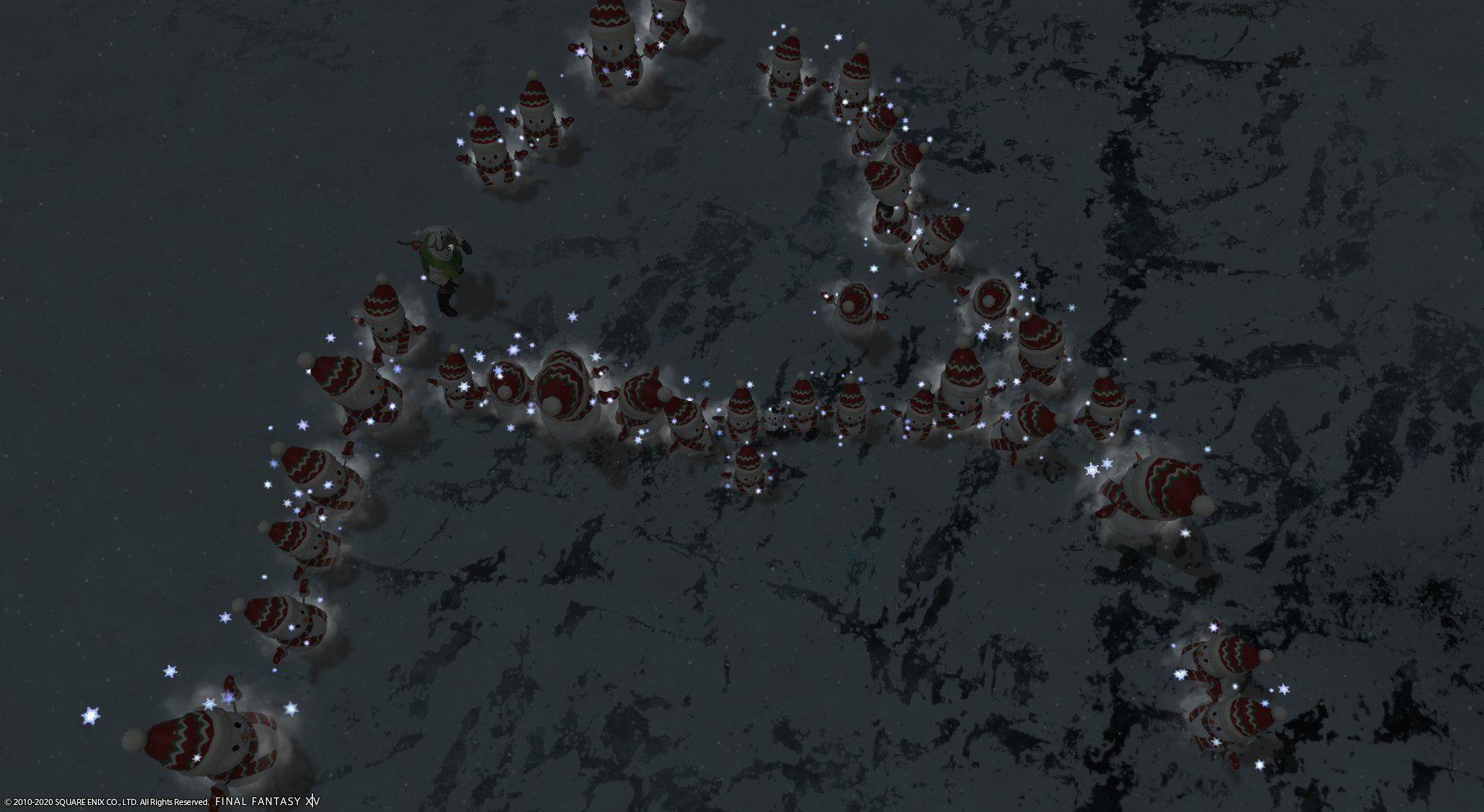 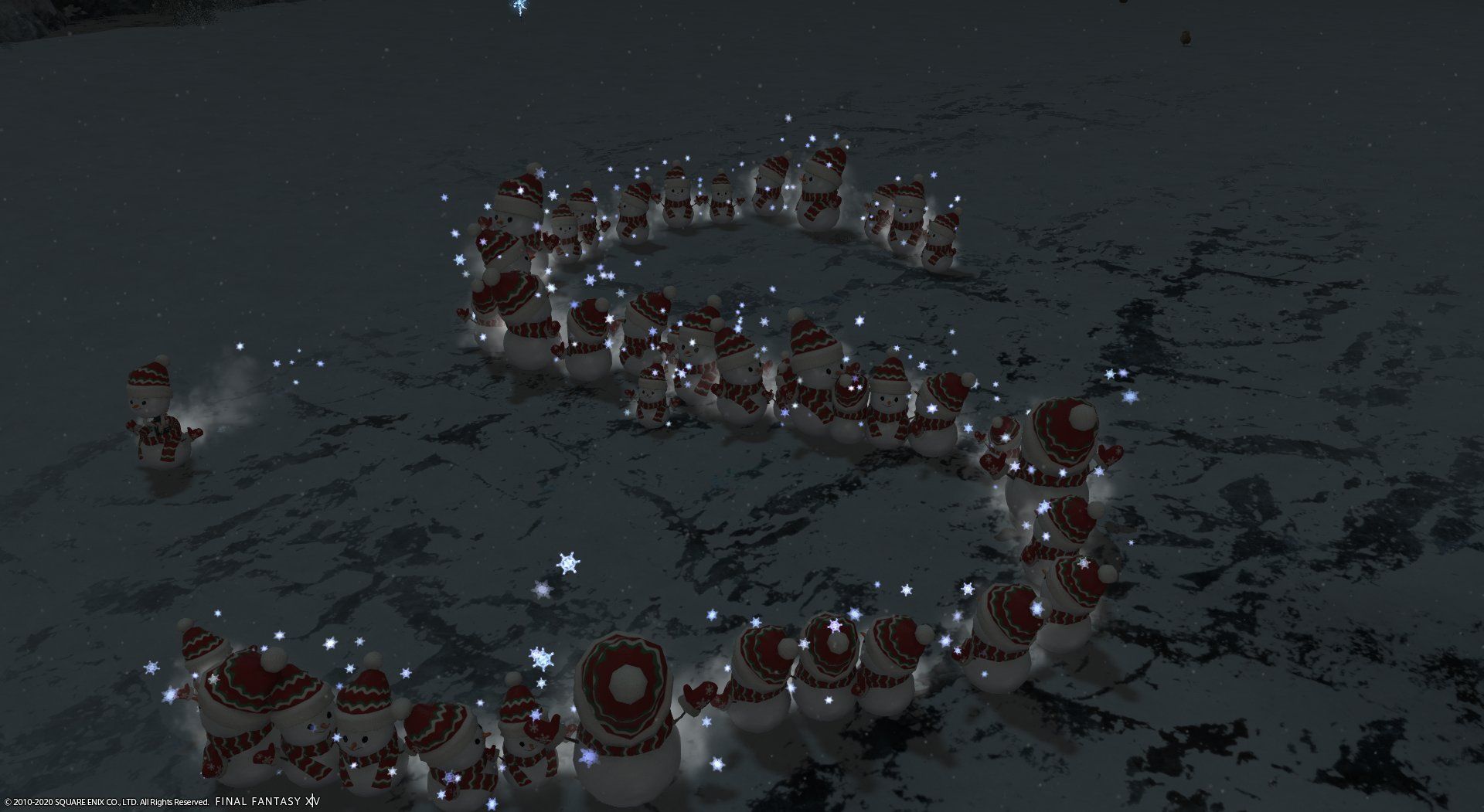 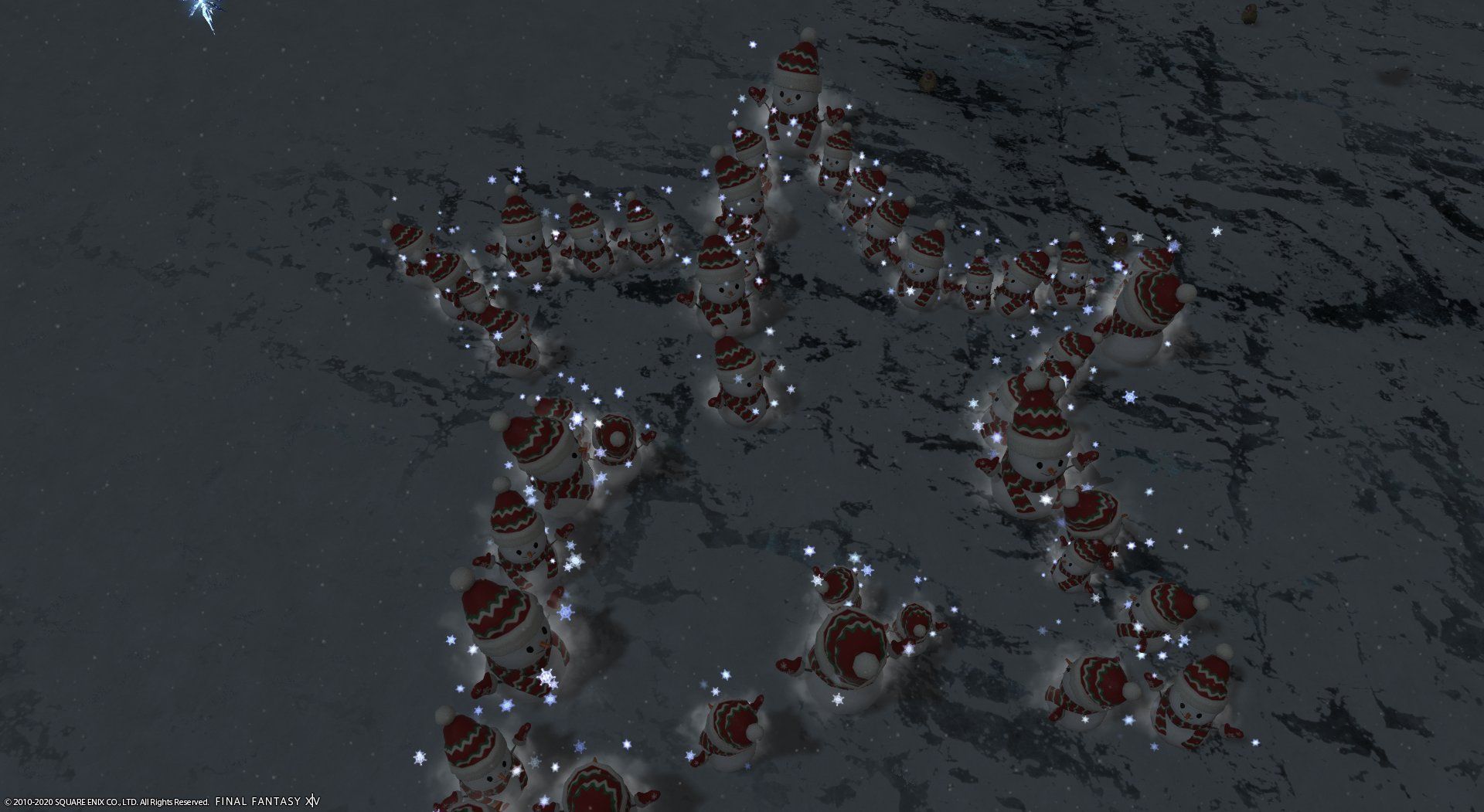 The Starlight activity is already proving to be a bright spot in many FFXIV players’ rough years. Plus, this year’s heartwarming storyline within its quests is certainly worth a go. And of course, you get the free snowman out of it. The event runs until the morning of New Year’s Eve.

[Author’s Note: All images are used with permission!]