Nowadays in this age of short attention spans, MMOs seem to come and go more often than usual. Many probably lumped the free-to-play, sci-fi action MMO Skyforge, developed by the Allods Team and published by My.Games into that category. If you were like me you probably tried it on the PC back in 2015, got aggravated by some things and then moved on. Nevertheless, the Russian based development team kept up the good fight and ported the game over to Xbox and Playstation 4 in 2017. Now in February of 2021 the team is shooting for the full gambit by releasing a Nintendo Switch version. We had a chance to play the game during its head start phase and we’re here to give you our impressions of the port! 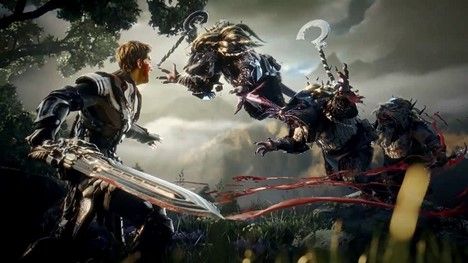 I personally have not tried any of the prior console ports before this Nintendo Switch version. My previous experience was during the initial PC release back in 2015. And that experience was a bit of a logistical nightmare for me personally. You see, I’m a chapter leader in an exceptionally large gaming guild and back in 2015 everyone wanted an invite into the guild’s “pantheon” (Skyforge’s version of guilds). Back then you had to level up your guild to allow more than ten people in at a time. Leveling was in chunks through donations, and lengthy timed and expensive follower missions. I survived, and all three hundred or so got invites. Everyone played for a few months then seemed to peter off to the next big thing. 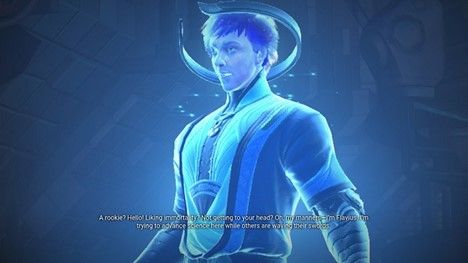 That brings us to the present. When I heard about Skyforge being ported to the Nintendo Switch my gut instinct was it seemed like a potentially good fit. Why? Because the prestige system of leveling in Skyforge is built on short, session-based content that can be played solo or as part of a group. You can logon, do a mission, stop playing, come back later, repeat. The idea seemed like a great fit especially for the Switch’s undocked mode.

So regardless of my past indiscretions I was excited to give Skyforge another chance. While there is fun combat to be had here it comes with a price.

“The Task of Becoming Immortal” 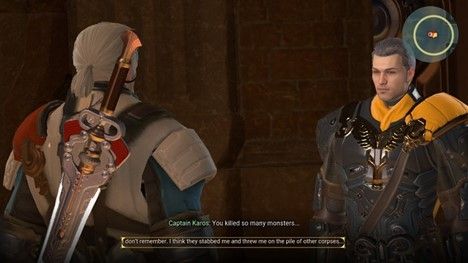 Text cropping is an issue in some screens.

It goes without saying that there aren’t a lot of MMOs on the Nintendo Switch, and there might be good reasons for that. One of my favorites is DC Universe Online but the Nintendo Switch community has seemed to die off a bit for that game so grouping for early content is a chore.

So, there’s a lot of opportunity here for the free-to-play Skyforge but it has a lot of hurdles to get over, in my mind, and unfortunately Skyforge fails to make it over some of those. The action combat is still fun, especially while sitting on your couch in undocked mode, equipped with a Hori Split Pad Pro controller. But there are several annoyances here that many gamers just won’t accept and will certainly be quick to bash.

“The More That Things Change, The More They Stay The Same” 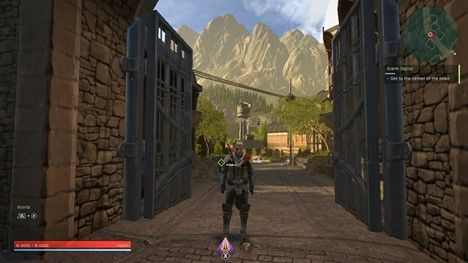 A familiar tutorial if you played the PC version.

The early stages of the game play out like I remembered from the PC version. I was excited to jump in, especially when I saw what felt like an updated opening cinematic. You start by picking your starting class from one of the three free-to-play base classes: Paladin (tank), Lightbringer (healer) or Cyromancer (caster). Initially these are you only choices even if you bought a higher tier founder’s pack with the extra unlocked classes. Astoundingly, the current game has eighteen classes in all! But you need to unlock these through play or spend real money to unlock some or all of them. Yesterday, February 4th, was the start of the general availability player’s phase. When I logged in yesterday, I was surprised to see that you can instantly unlock access to all eighteen classes by purchasing the in-game “Class Super Pack”. Be warned, this will set you back roughly the equivalent of nearly $70 USD because of the way Argents (game’s real money currency) is bundled.

Action buttons and combat seemed responsive and fluid for the most part. Combat skills seemed to be mapped to the controller keys I would have picked. And the game does a good job of displaying on screen when special skills are ready to be used. Sometimes it seemed like I had to tap special action buttons, e.g., “R” to get them to fire though. There seemed like there was nothing here to deter me from a fun combat experience… but then…

“Graphically My Dear, I Don’t Give A Damn” 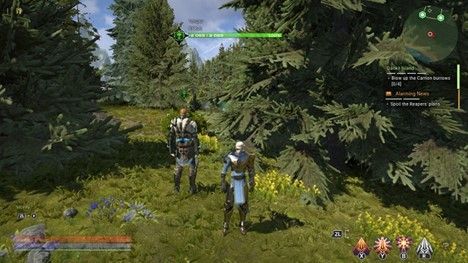 The biggest concern I’ve “seen”, no pun intended, is the graphics. In docked mode and on a 24” monitor the graphics of character models are quite jagged and blurry. It’s to the point that I fear an exceptionally long gaming session might cause eye strain. Undocked mode seems to fare slightly better perhaps due to the smaller viewing screen.

I’m not sure where this is falling short. It could be that the Nintendo Switch is a bad fit for the engine and just woefully underpowered? Is the game running at a low resolution to compensate? Or is it a lack of inexperience in coding for the Switch and this can be ironed out as we go? 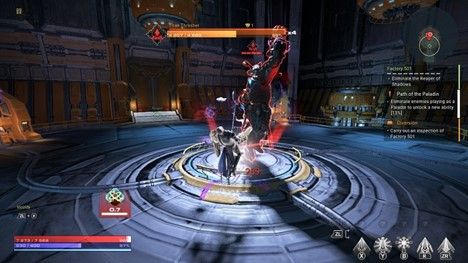 I also saw some glitches graphically in screen transitions. And in cinematic scenes when NPCs are talking their mouth movement sometimes seemed out of sync or “off” or just moved weirdly.

One “issue” I recall from the PC version early on was the “jiggly boob” physics as we called it, especially on the NPC called Herida. Maybe this is due to her seemingly appearing to be less busty than I remembered. Nevertheless, I did not see a lot of this effect going on with the Switch version. I did see some slight return in the cutscene where Ianna approaches. 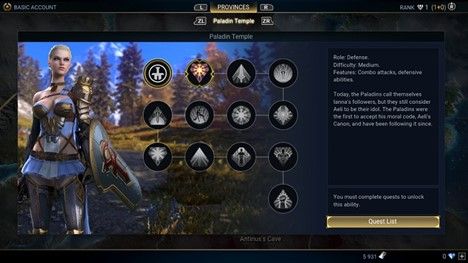 There were also some instances of where parts of the quest tracking text would crop on the right-hand side edge and get cut off slightly. Some of this was seen in NPC responses as you might notice above in the screenshot with Captain Karos.

Stability-wise I had no issues. I did see on the Skyforge Discord that some have had a “failed to load” issue that is being attributed to an extremely long friend’s list.

As far as networking goes, don’t swap out of Skyforge while in undocked mode otherwise you’ll lose your server connection. The same is true if you try to “hot swap”, i.e., while playing in docked mode pull the Switch out of the dock. Skyforge shouldn’t be dinged for this scenario though as “hot swapping” might be a problem for any networked game.A nice feature is the combat companion system which was added after I left the PC version in 2015. In one quest I was a little overindulgent and the companion was able to resurrect me there on the spot. 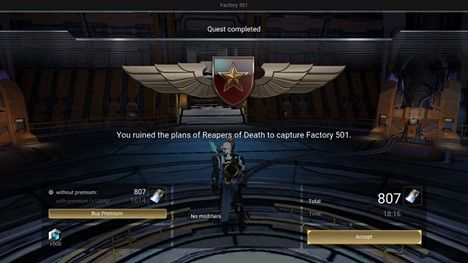 Skyforge on the Nintendo Switch has potential, even in 2021, thanks to it’s grindy, but fun and class varied action combat that fits the Switch well.

The game is free-to-play and there is a premium option as well as a cash shop to buy style items and such. With login rewards, cosmetics, guild support and other traditional MMO offerings it fills an action combat MMO niche missing on the Nintendo Switch today.

I think the graphics issues are going to be a barrier for many gamers so hopefully the team can get a handle on this. After that it’ll be a matter of whether the Nintendo Switch online community can stay consistently present in the game and help newcomers. There’s nothing worse as a new player than not being able to find a group anywhere.