If you are a veteran Phantasy Star Online 2 player who is contemplating returning to the game because of the New Genesis update or a new player who has never played the game, there are some compelling reasons for you to give the game a try in 2022.

New Genesis feels like a brand-new game and the developers have overhauled some of the core systems to offer a fresh experience. From the character creation menu to the graphics engine, a lot has changed in the new update and the new battle system is what makes New Genesis feel like a breath of fresh air. Here are the top five reasons to return to Phantasy Star Online 2: New Genesis as a veteran PSO2 player.

The new character creation system is compatible with both PSO2 and PSO2: New Genesis. Characters from both games can be linked with your registered data so you will be able to play New Genesis with your existing characters. However, there are quite a few restrictions that you need to be wary of.

Skill rings, boost items, and consumables are not usable in New Genesis if you want to carry them over from your existing PSO2 account. These restrictions are in place to keep the economy in check. FUN, Meseta, and other currencies will also not transfer over which can be frustrating and you will need to re-earn currencies in the new game.

The new graphics engine makes character creation a blast and it brings a ton of quality-of-life changes for players. You get a host of new options to tinker with and the new character creation and customization systems offer a lot more control to the players. The biggest change is that sexes have been completely removed from the game and you can create a character with feminine or masculine traits with more filters for customization. The visuals are cross-compatible and you can carry over your characters from PSO 2 to PSO 2: NG and vice versa. 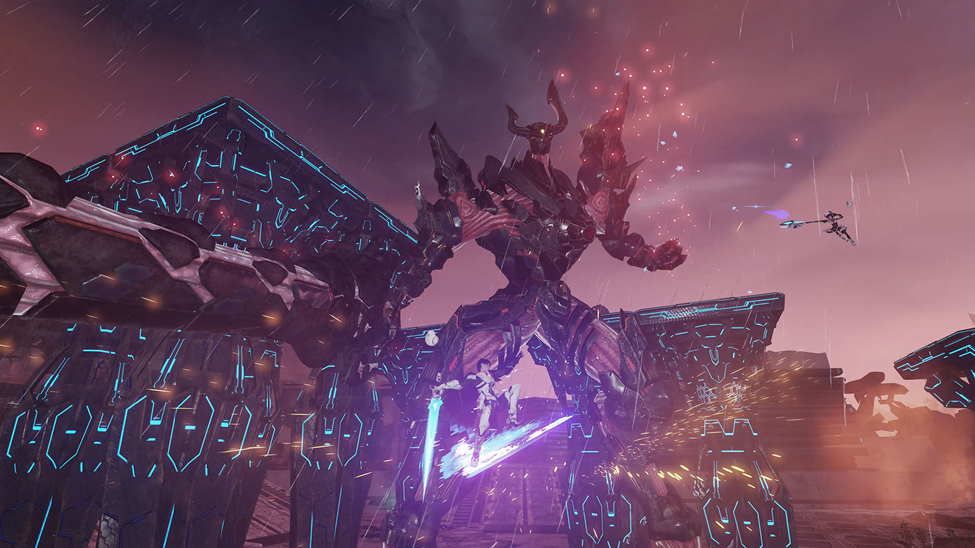 One of the biggest reasons why I could not get some of my friends to try out Phantasy Star Online is the graphics. Even some veterans have quit the game because it simply did not age well and there are newer and shinier games out there. But New Genesis breathes new life into the game with the graphics engine overhaul. The new engine completely changes the aesthetics of the game. The weather effects are extremely well done and the variable effects make the game look completely new even when visiting areas you have seen time and again.

Phantasy Star Online first went online in 2012 in Japan, and since then a ton of other games have come out that are visually more appealing. The new graphics engine update was long overdue but it is finally here. Everything from character models to the environments looks amazing and well-detailed. The transformation from PSO2 to New Genesis is impressive and while it might not look like a cutting-edge 2022 game, it is still very impressive visually.

Sega had made it clear that the New Genesis game world would be completely different from what we are used to. While there are some similarities between Phantasy Star Online 2 and the new update, it is in fact, a new world with a life of its own. The world does feel familiar with the visual design we have seen over the years, the visual upgrades are very noticeable.

There are new enemy types that require you to adapt to their movesets to take them on effectively. But it is the addition of species that do not attack you makes the game world feel more alive. Seeing other life forms coexisting is eye-pleasing and immersive. The game also has a day and night cycle with a whole bunch of weather effects to make things look even more visually appealing. The game also received a major location update with Kvaris and Retem. While the Retem region added a desert biome, Kvaris is an icy tundra. 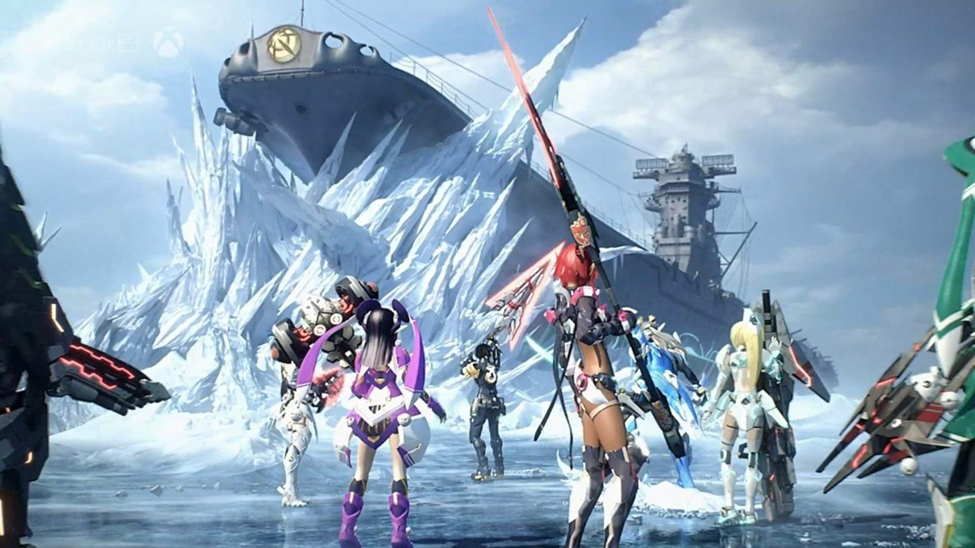 One of the biggest complaints about Phantasy Star Online was the weapon system. Being forced to use certain weapons based on your class felt too restrictive and New Genesis does away with the old system. All main and subclasses now share weapons and you are no longer restricted to using only weapons from your class, which is a welcome change.

There are some quality-of-life updates for the weapon system as well involving camos. You no longer need to change camos every time you change classes and the camos are no longer limited to one weapon at a time. Pair all of these changes with the revamped combat system, and things feel very fresh in the New Genesis update.

One of the biggest issues with Phantasy Star Online was the looting system. Being forced to loot items manually felt like a chore and it was not fun for anyone. Manual looting just does not feel right in a fast-paced game like Phantasy Star Online. Most games have switched to an auto-loot system but PSO2 felt like a relic from the past.

In New Genesis, items are picked up automatically from slain enemies. If you are someone who liked the exaggerated particle effects when items dropped, we are sorry that the visual effects no longer exist. But you still get prompted when you pick up no items using a visual indicator. It is a simple quality of life change that saves so much time and makes the gameplay experience a whole lot better.

The combat system in Phantasy Star Online 2 New Genesis is a lot of fun. While it does not stray too far away from PSO2, the New Genesis update does have some important updates that make the gameplay feel fresh. The biggest change is that you get to see the health bars of bosses. While it is something a lot of players have gotten used to from games like Monster Hunter and PSO2, seeing the health bar of your foes can help you strategize in fights.

Debuffs also have noticeable effects in the game. If you inflict a debuff on one of your enemies, they will now react to the negative status effects and trigger certain actions. This makes combat feel a lot more engaging and you also get to take advantage of your foes being distracted from the fight due to the status effects. The game now has out-of-combat abilities as well as a lot of movement tech including air jumping, air dashing, gliding, and more. There are also “Cocoons” on the map where you can test out the skills of your character.

Overall, New Genesis has added a ton of quality-of-life changes that make the gameplay feel refreshing. The graphics engine update is arguably the most important aspect of New Genesis as the game no longer feels a decade old and even new players can enjoy the visual fidelity of the beautiful game world Phantasy Star Online has to offer. It is a tightly woven experience that does not disappoint and whether you are a new player or a veteran who has been away from the game, I recommend giving the game a try.