Phantasy Star Online 2 has now entered open beta on Xbox One. As players begin streaming into the recently localized game, there are probably several of you out there that are interested in trying the game, either on the console or when the PC version releases, but you aren’t quite sold on if it is right for you. With 8 years of features and content under its belt, I’ll dissect some features to help determine which ones may appeal to you, and what may irk you in a Phantasy Star Online 2 comparison breakdown!

Interestingly enough, Phantasy Star Online 2 is a strange amalgamation of several MMOs and ARPGs rolled into one.  Still, people familiar with the PSO franchise know that this mixture of styles is unapologetically a Phantasy Star Online staple, which has kept fans energized over the series for over 2 decades. For gamers that haven’t played any Phantasy Star games, they may ask themselves (or us), “is this the game for me?” I’m here to answer just that. 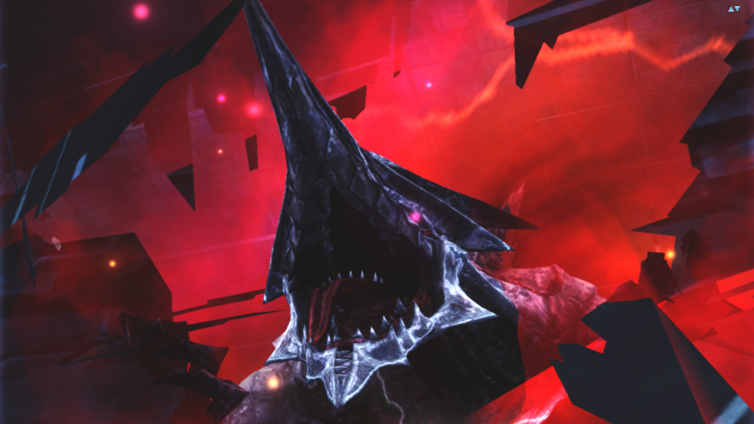 Phantasy Star Online 2 also provides a large-scale monster-hunting experience. Players will have several expeditions of varying difficulties, all of which end with an enormous monster battle that can be played with a group, or solo if you feel confident in your fighting abilities.  Every so often Urgent Missions will flash onto the screen in the lobby, which will send players into heavily populated group missions, some of which may be large-scale battles, while others are expeditions that lead to a solo boss encounter.  If you really enjoy the thrill of getting into groups and battling humongous, difficult enemies, Phantasy Star Online 2 has you covered. 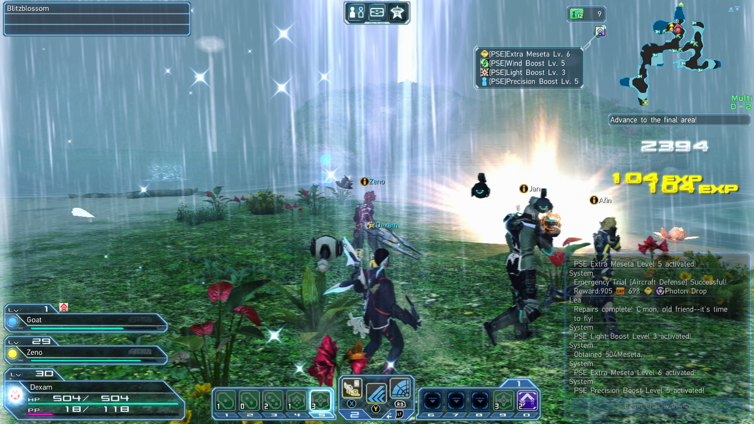 An easy comparison is Final Fantasy XIV (and even XI) and PSO2. There are a lot of comparisons, some of which were mentioned in this article, but the similarities may not be as apparent to an external observer. One of the greatest things that Final Fantasy XI did that transitioned to FFXIV is the ability to change your classes around as you see fit, negating the necessity to start multiple characters and do things all over again. In addition to that, the addition of subclasses opens up a whole new wave of possibilities to how you build, level, and progress your character.

Aside from the classes, both games seem to have a strange affection for bird-like creatures. In Final Fantasy, they do love a good Chocobo, and in Phantasy Star Online, Rappys are the adorable bird of choice. No, that may not sway you specifically unless you’re an ornithophile, but it’s a comparison that I find odd. 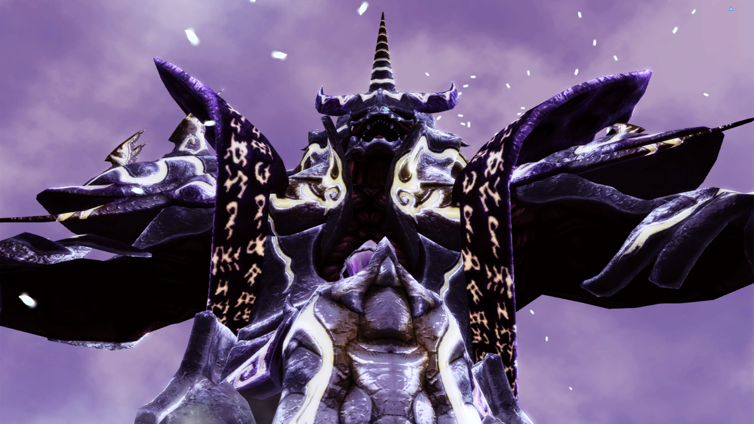 Final Fantasy players would enjoy the various classing, subclassing, and ability variations. Phantasy Star Online 2 does a great job at giving players a lot of options on how to build their characters, from the weapons they choose, to the skills they employ.  The weapon swaps in PSO2 can also change how you play entirely, on the fly, and you can setup several different weapon and spell swaps, enabling you to change from different damage roles, to a more supportive role if an encounter comes to that.

Final Fantasy players may not like the lobby and instance gameplay if they are used to the more open Final Fantasy XIV world.  While PSO2 has fairly large instanced areas to battle in, with secret areas, tons of other players you can run into randomly and environmental interaction and traversal, there isn’t a large overarching world to ride mounts through. Final Fantasy players may also not like how much faster paced the combat is.  In Final Fantasy, class roles do play a big part, but in PSO2, each player needs to be able to carry their own weight with DPS, even if they are closer to a support class. 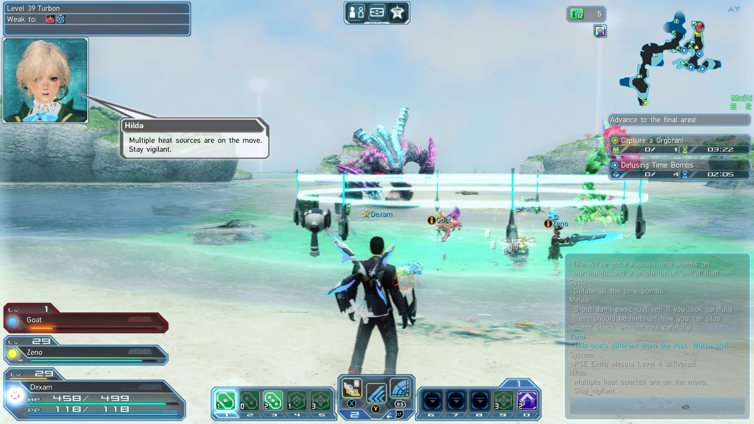 Phantasy Star Online 2 is very close to what Guild Wars 1 was. In fact, PSO2 is much closer to GW1 than Guild Wars 2 is. Phantasy Star Online 2 is based around a lobby hub, it gives you the ability to select specific skills and loadouts to your heart’s desire, and it gives you the ability to put together a group of AI teammates so you can take on some of the hardest content solo, even if your preferred group of real players isn’t available. The similarities are quite astounding, even though an argument could be made that Guild Wars 1 could have taken that playbook from the original Phantasy Star Online.

Guild Wars Prophecies (that built into several expansions) was a game in which you could create builds that could be potentially disastrous, or you could make up a set of skills that made you a force to be reckoned with. Some people enjoyed lounging around in the lobbies, chatting it up, and heading out into the instanced areas for adventures. Sometimes, players would run into a situation where they didn’t have friends online, and henchmen became useful as NPC teammates that aided you on your journey. 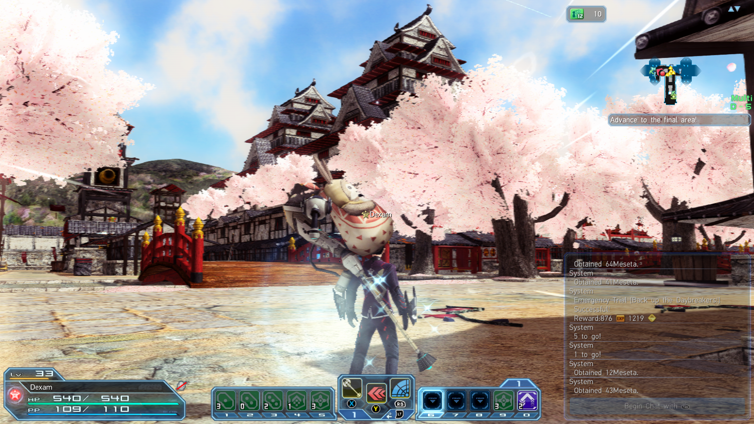 Phantasy Star Online 2 has all those bases covered, and much more. You surely could have a full party of NPCs that you meet along the way through the Story Mode. However, you get a much wider variety of NPCs to choose from. Do you have a group of friends you usually play with? What happens when they aren’t online? In PSO2 you can play with your friends and their characters even if they haven’t logged on that day.  In PSO2 you also get the opportunity to create your own Auxiliary, which is a secondary character you create that can go on adventures with you, handle your personal shop, and be customized to the specifications you want.

Guild Wars 1 players may find quite a bit to enjoy in PSO2. What they may not like is that, despite having access to so many different weapons, classes and subclasses, they may end up gravitating towards their strongest abilities early on, and using them repeatedly in encounters.  PSO2’s ability system revolves around photon arts and techniques that you learn as you progress. You don’t inherently learn any of these abilities, you have to find them on drops when you kill enemies.  That means that, sometimes, you may find that you have obtained high level abilities that don’t fit your play style, while your main abilities you love to use haven’t dropped for you, so they aren’t progressing along as you would like. It may put a hindrance on players who are really looking to nail down some builds, but don’t have the abilities they are hoping for. 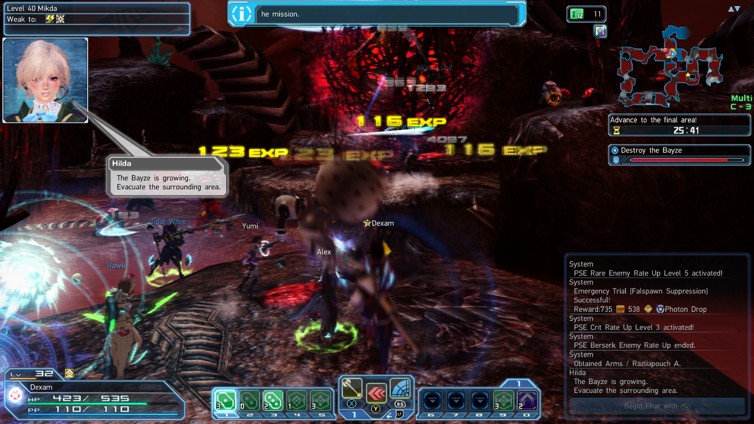 This is more of a wide comparison, because there isn’t a lot that Pokémon and Phantasy Star Online 2 have in common, but that doesn’t mean that Pokémon gamers won’t find some enjoyment in the pet and Mag systems in Phantasy Star Online 2.  PSO2 has a summoner class that utilizes and manages their pets.  These pets hatch from eggs, have their own personalities, level up alongside you, require you to feed them, and add to the overall aesthetic of your character.  All other characters that do not get pets, have the ability to get Mags. Mags are essentially a pet that you feed and they grow into happy helpers that learn spells, and gain powerful abilities the more levels they earn.  As a Mag evolves, they also change forms and new skins can be earned to give your Mag that “special” look.

Pokémon players would certainly enjoy the care that it takes to level up your battle buddies, feed them, fight alongside them, and display them as they earn new forms and skins. Playing a summoner would appeal to those that want to earn different kinds of pets, and really put some work in the be the very best that no one ever was. The ability to level up multiple Mags for different builds is also a possibility that could keep pet fans coming back.

Pokémon players probably wouldn’t like that there are so few pets to hatch from eggs and earn.  By no means are there 50, 100, 500 different pets to find and level up. The limited number of pets actually makes sense seeing as how in PSO2 there is really only one class that gets to use them, and that class has to be your main class and not a subclass. Subclassing as a Summoner does not allow you to use a pet. Pokémon hunters may also have trouble coming to terms with the reactive combat, that isn’t turn based in the slightest, requiring some reflexes if they intend to help their pet become the strongest.

Not a Silver Bullet 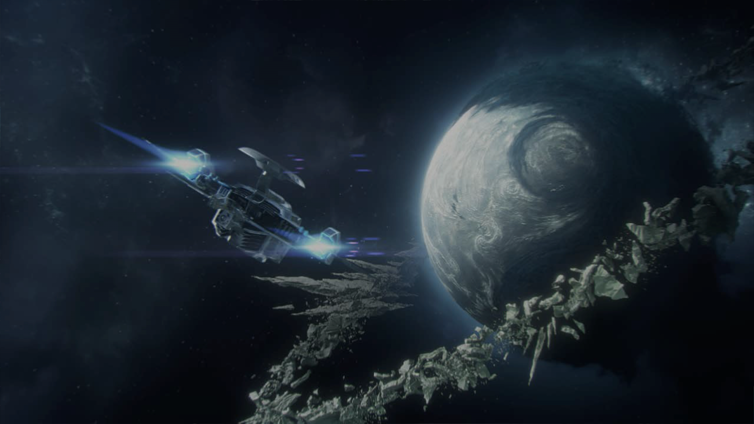 Phantasy Star Online 2 is not a one-shot spiritual successor to all of these games.  There are bits and pieces of each game that make up PSO2 in ways that could certainly appeal to fans of any of these games. Undoubtedly, there are some frustrating parts of PSO2 that may really only be understood by people familiar with the series. For example, PSO2 has a symbol chat that is a lot of fun, but it can also be used for evil instead of good. The vast number of items new players are bombarded with could scare off some players who find their inventories filling up faster than they expected. It is also important to note that the UI right now for consoles, is incredibly frustrating to use if you aren’t well versed in where you need to go to complete and track missions, or setup your skill and armor sets.

No, even after three quarters of a decade, PSO2 isn’t perfect, and it will never be. It has some outstanding, action packed moments. The content will keep a new player busy for several weeks of hardcore play. The class leveling system is fun, rewarding, and gives a lot of options for build varieties. Yes, Phantasy Star Online 2 is not for everyone, but there is a good chance that everyone can find something in Phantasy Star Online 2 to like, if only they know where to look.