What do MMO companies owe their subscribers? This question has come up increasingly often among the player population for the venerable PvP-based MMO Dark Age of Camelot, which over the last months has seen a steady decline in population. Unfortunately, the game company Broadsword running the servers has failed to keep the community informed, which has led to significant unrest among the players. Given that DAoC is a subscription-based game with a 20-year history, surely there is some obligation from the company to a player population that has faithfully stood by the game and paid their dues for years upon end? Surely the players can expect Broadsword to tell them what is being done to keep the game they all love alive?

Unfortunately, Broadsword and their spokespeople do not seem to agree. In their biweekly Friday Grab Bag updates on the official website, the company speaks of far-reaching and ambitious plans for the future, but leaves many questions about the current state of the game unanswered. In the game's official Discord, Broadsword's representatives refuse to offer information to direct questions about their vision for the game, and are quick to label valid criticism as "developer bashing", which can quickly get you suspended or even banned from the server. The game is poorly advertised, if at all, and remains one of the most obscure MMOs still active on the internet. And even positive changes, such as the new Caledonia event, which caused a significant influx of new and returning players, are publicized with little advance notice.

MMOs typically exhibit significant longevity when compared to traditional single-player games, and Dark Age of Camelot is particularly remarkable given that the game first came out in 2001. This longevity means that a significant---if not dominant---portion of an MMO's development takes place after the initial release. And it also means that the community of players that accrete over time expects to be informed of the changes being made to the game, even (or perhaps especially) when the game is nearing its end of life. 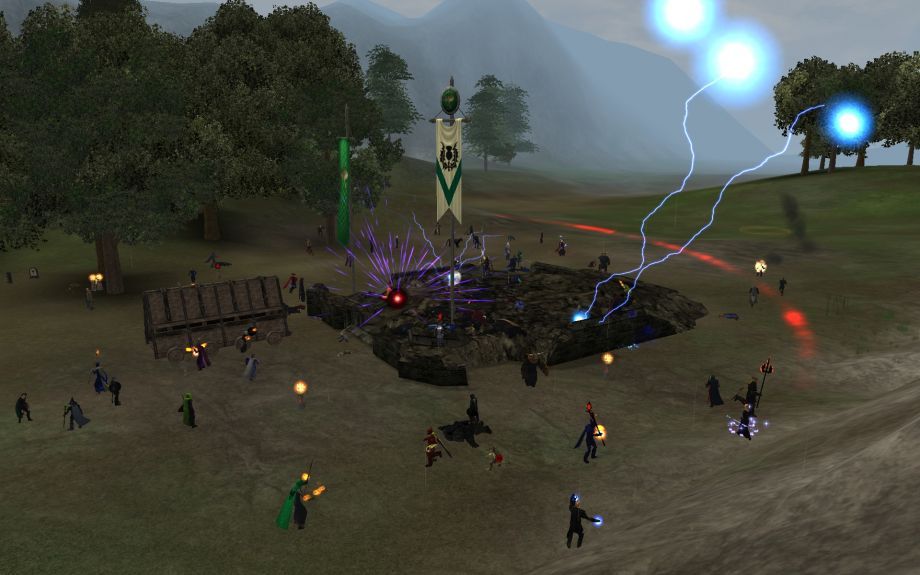 The model is perhaps slightly different for subscription-based MMOs compared to the newer trend of buy-to-play or free-to-play MMOs. The latter two examples are closer to traditional single-player games in that the player buys a product or in-game items to play the game. However, for subscription-based games, where each active player pays monthly dues to keep playing, the situation is arguably different. As de-facto shareholders in the game, they deserve to be regularly informed of its current state and future changes.

Or should they? Some MMO companies clearly view their players not as shareholders but as chumps in the future of their games.

Unfortunately, Dark Age of Camelot is hardly unique in largely keeping the player population in the dark about its current and future plans. World of Warcraft, which used to be a model for how subscription-based MMOs should keep their player community informed with its annual BlizzCon event, no longer holds regular Q&A sessions with players, and Blizzard involvement in forums and through community managers and game masters has declined in recent years. In the past, Dark Age of Camelot had an active Team Lead program that gave players actual voice on specific aspects of the game, but this program has since been canceled. Similarly, developers for the pioneering Ultima Online quickly found that they were basically running a government---with all that entails---when it came to managing policies, mechanics, and in-game economics. And just like a real government, they needed clear channels to speak to and engage with their citizens.

Poor communication is maybe not surprising given the often adversarial relationship that is easily formed between the player community and the developers for an MMO. After all, players tend to have strong sentiments about the game they spend so much time playing, and often feel powerless in the face of nerfs, expansions, and undesirable changes to the game. 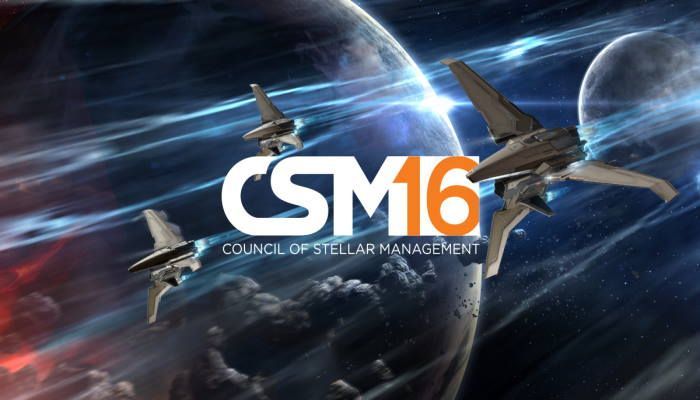 Yet overcoming these natural adversarial tendencies to build strong developer-player relationships is not impossible, and several examples exist. For all its delays, Roberts Star Industries is spending significant effort to keep the player community engaged for its upcoming Star Citizen and related titles. Smaller MMOs such as Warframe, Final Fantasy XIV, and Dungeon Fighter Online provide excellent examples of how to involve the players in the game's future. And Eve Online's CCP Games even formed an independent player-elected advisory panel called The Council of Stellar Management to enable player self-governance of the game.

In light of these efforts, Broadsword and Blizzard's collective silence about the current state and future of their respective games is hardly impressive. Unlike Blizzard with their regular BlizzCon and World of Warcraft developer Q&As, this is unfortunately also not a new development for Broadsword. The company has a notoriously poor track record of keeping its player community informed as well as fulfilling its promises. As a case in point, Broadsword as early as 2017 raised the possibility of creating a new DAoC server with the classic ruleset, and later committed to launching such a server in 2020. Similarly, rumors about a Steam version of the game have circulated for several years. Both of these efforts would significantly help to bring back the declining population, but both are hopelessly delayed and information about them is scant.

Of course, with Broadsword and DAoC, the situation is complicated because the company does not own the game but licenses it from Electronic Arts. This obviously puts a restriction on what Broadsword can do with the game, including new servers and publication on Steam.

However, open conversations with the player community should not be beholden to arcane business relationships like this. In the end, the basic question comes down to whether MMO companies view their players as shareholders or as chumps. And for Dark Age of Camelot and Broadsword Games, the answer to this question is clear.