This game is responsible for one of my most fond memories in my time playing MMOs. Upon making my first character, I spent probably 100 hours in Queensdale alone. Just exploring, doing events, leveling, learning how to craft, and…

What the hell is a Shadow Behemoth!?

It’s so easy to just lose yourself in Guild Wars 2. One thing I don’t like saying when it comes to MMOs is that there’s “so much to do”, because often times, it’s true on paper, but the things you should be doing or are encouraged to do is actually quite small.

The way Guild Wars 2 presents its progression is very lenient. Doing literally anything will give good exp, and chances are it’s close to efficient, too. When you do hit the level 80 cap, you are presented with a daunting amount of masteries, which only grows as you go through more expansions and Living Stories. The sheer number of maps to complete, the selectable gear you can gain from multitudes of activities, and of course, raids, fractals, and collectibles that give tangible rewards. There is truly a metric ton of things to do.

The big standing point for a lot of players is how valuable vertical progression is to you.

Guild Wars 2’s gearing progression is still the same as it’s always been: Exotic gear will get you in the door and will be enough for pretty much anything that isn’t high-level Fractals, including Raids. Ascended gear is the step up, and is a slight stat bump, as well as the enabler to survive Fractals via infusions. Legendary gear has the same stats as ascended, but you’re able to select stat groups at any time.

If you care about vertical progression throughout a game’s life, then Guild Wars 2 is lacking. Whether this is a good or bad thing is up to the individual player, but the entirety of Guild Wars 2 is built around this, and it’s extremely likely that that won’t change. Personally, it’s a great change of pace from the endless treadmill of some other games. Not every game has to have the same “carrot on a stick” feeling, and being able to just jump in and experience all the end game content offered is very much welcomed.

I flailed a bit in figuring out a class at first. I used to play Daredevil and Mirage, and really enjoy that kind of style. The metagame has quite a bit of a stranglehold on much of the late-game content, so it’s hard to figure out exactly what you want to do without people telling you to just play Firebrand or Mechanist. It’s much more of a problem than it’s been in years past, but a silver lining of it all is that Open World builds have become more established and more encouraged when previously, the “Do whatever you want” mentality was more harmful than helpful. I ended up settling on a Quickness DPS Scrapper, and am having loads of fun with it. I tend to gravitate towards classes that can do a lot of smaller things well, and Scrapper fit that bill very well.

I started by going through and finishing Icebrood Saga. It was fairly long and a bit tedious, but the payoff was pretty well worth it. I’m currently making my way through the End of Dragons expansion, and I’m thoroughly enjoying it thus far. The aesthetic is very cool, the meta events are pretty interesting, and it’s a lot less of a headache to actually do things compared to past expansions. I would highly recommend at least getting past the first part of it to get your Jade Bot because the extra vitality is a very welcome stat bump.

Of course, it wouldn’t be Guild Wars 2 without the fashion, and there’s a lot more of it now than previously, which is saying a lot, given how much there was before. I may or may not have spent upwards of 1000 gold, making sure all the characters I had looked good. Speaking of gold, the means to make it are very well spread out. It was always true that just doing content would make you gold, as well as gold really not meaning that much outside of getting basic gear. 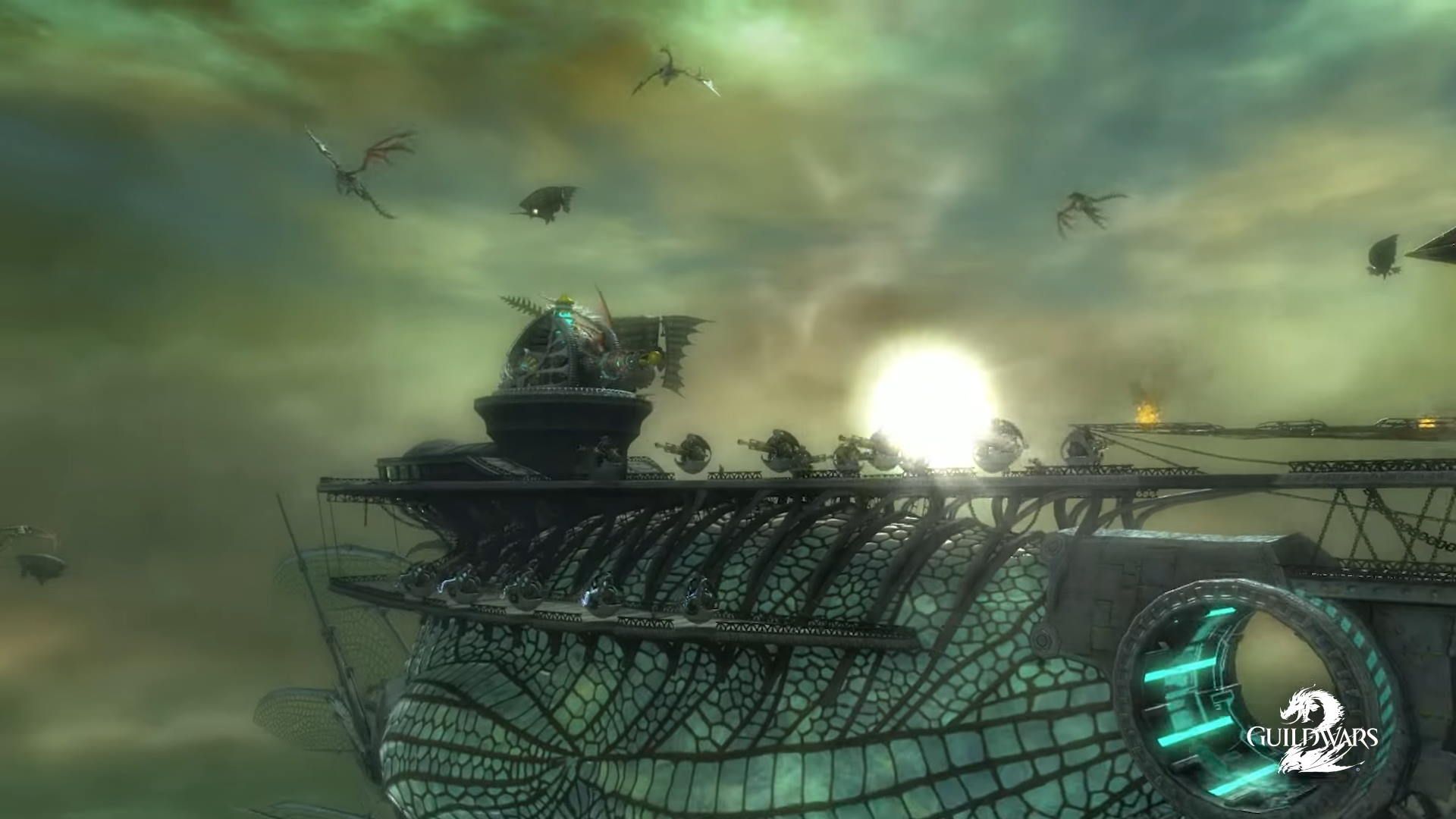 If you want to make some, you can do so many different meta events and dailies and the like, that you can easily make upwards of 10+g for doing almost nothing, and over 50g a day if you’re doing things like fractals and all the major world bosses. Gold is often not the majority of a reward, as wealth is mostly determined by how many materials and resources you have available to you, more than anything, so don’t fret if you feel that your raw amount isn’t reflecting the effort you feel that you’re putting in. Having a material inventory completely full means a whole lot more than the number on the bottom right of your inventory. Personally, I’m a huge fan of Dragonfall, Whisper of Jormag, and Dragon Stand.

The community has always been extremely resourceful, even if it’s sometimes to its detriment. Sites like gw2efficiency, Metabattle, and FastFarming allow for so many great ways to streamline your gameplay and take out all of the very confusing and convoluted parts of Guild Wars 2. These resources are also presented in a way that you aren’t encouraged to use them unless you want to, so most casual players can just take a glance at them and figure out what they want out of them, at their own leisure. In-game, players are mostly helpful, especially to newer players, and the entire Commander tag system encourages cooperation and teamplay in large-scale fights. An above-average community with an incredibly good knack for knowing their game inside and out!

Lastly, there’s game balance. I touched on it a bit before, but the balance is actually quite good. You’d be hard-pressed to find an elite specialization that’s legit unplayable, so long as your build reflects the content you’re trying to do. You’re going to have a bad time if you bring an open-world build to raids, or a raid build to World vs. World. If you have that in order, then you will more than likely be fine. Yes, you will have your doomsayers talking about how good Mechanist is, and you’ll even have some sour parts of the community being regressive to newer and returning players when it comes to this. The truth of the matter is that it doesn’t actually matter. You can clear content on almost any spec’s appropriate build, so long as you know how to play it.

I’m enjoying Guild Wars 2 very much this time around. It’s always been on my short list of “Games I’ll always come back to at some point”, and I feel that I picked a very good time to do so. With the uptick of new Steam players making their way in, and the near-overwhelming things to actually do, now is the best time to be playing. Here’s to 10 more years of dragon slayer, meta event close calls, and World vs. World zerging!