The second Japanese closed beta test for Phantasy Star Online 2: New Genesis came to a close over the weekend. I was lucky enough to get a few hours in Halpha with one of my favorite classes. With everything that I knew about New Genesis going into the closed beta, it still surprised me when PSO2:NGS exceeded my expectations.

The closed beta experience omitted a bit from what players can expect to encounter when the game finally releases. For example, some game sequences revolving around the story were said to have been removed, so that players could focus on the experience of gameplay and learning how to play Phantasy Star Online 2: New Genesis. I’m excited to see how the story presentation has changed in New Genesis but the omission didn’t bother me, mostly because the game was in Japanese.  Despite my attempt to employ a robust translation system throughout my play, I was completely happy with focusing only on the combat, world exploration, and text-based quests.

When I first logged into the game, it was abundantly clear that, graphically, NGS has sufficiently introduced the Phantasy Star Online series to the modern era. Character creations was similar to PSO2, but the models and options weren’t as blocky, and many of the hairstyles had a feather quality to them. The ability to layer some of your accessories, and create a truly unique character hasn’t changed. One thing that did change, was the ability for my character to apply CAST features to my Human character. The racial limitations from PSO2 have been lifted in NGS, and that is exciting for players looking to create visual fusions of their favorite cosmetic pieces. After creating a character that was to my liking, I selected my class, Force, and completed the character creation process. 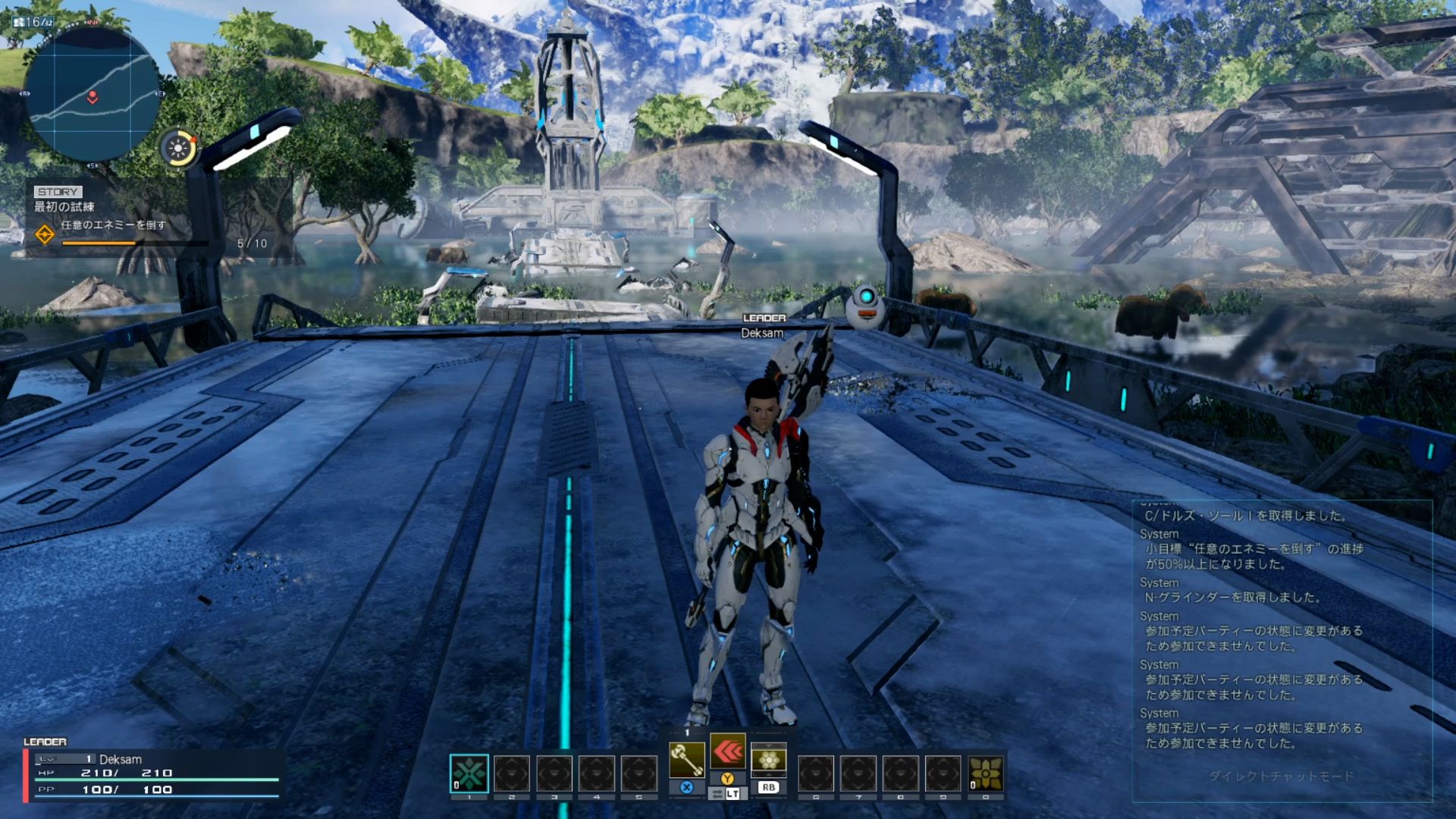 Once loaded in to Central City you’re first tasked with talking to a guide that will get you started. Initially you’re tasked with heading out into the exploration area of the world, and defeating several enemies. Getting acclimated to the new movement abilities didn’t take as long as I thought it would. Whereas in PSO2 I would run and dodge, and every so often use a few abilities to skate along on my merry way, New Genesis gives you sprint, double jump, and gliding options right from start. Out in the open exploration area, I was completely stunned by how great it looked.

The world was lush with greenery, animals roamed the grasslands, and in one area, buffalo-like creatures were soaking in a lake. As a light fog wafted over the waters, and the sky shifted from night to day, these seemingly simple features set a welcome ambience. The world felt alive in a way that the Phantasy Star Online series never has before. I’ve always loved the settings in the Phantasy Star series, but if I could volley one complaint about exploration in PSO2, it would be that the levels are too limited. Loading into a single map provided a single, specific environment and it made encounters feel less immersive. NGS changes that. As I ventured through the world, I would transition to new areas, all seamless and visually dazzling. 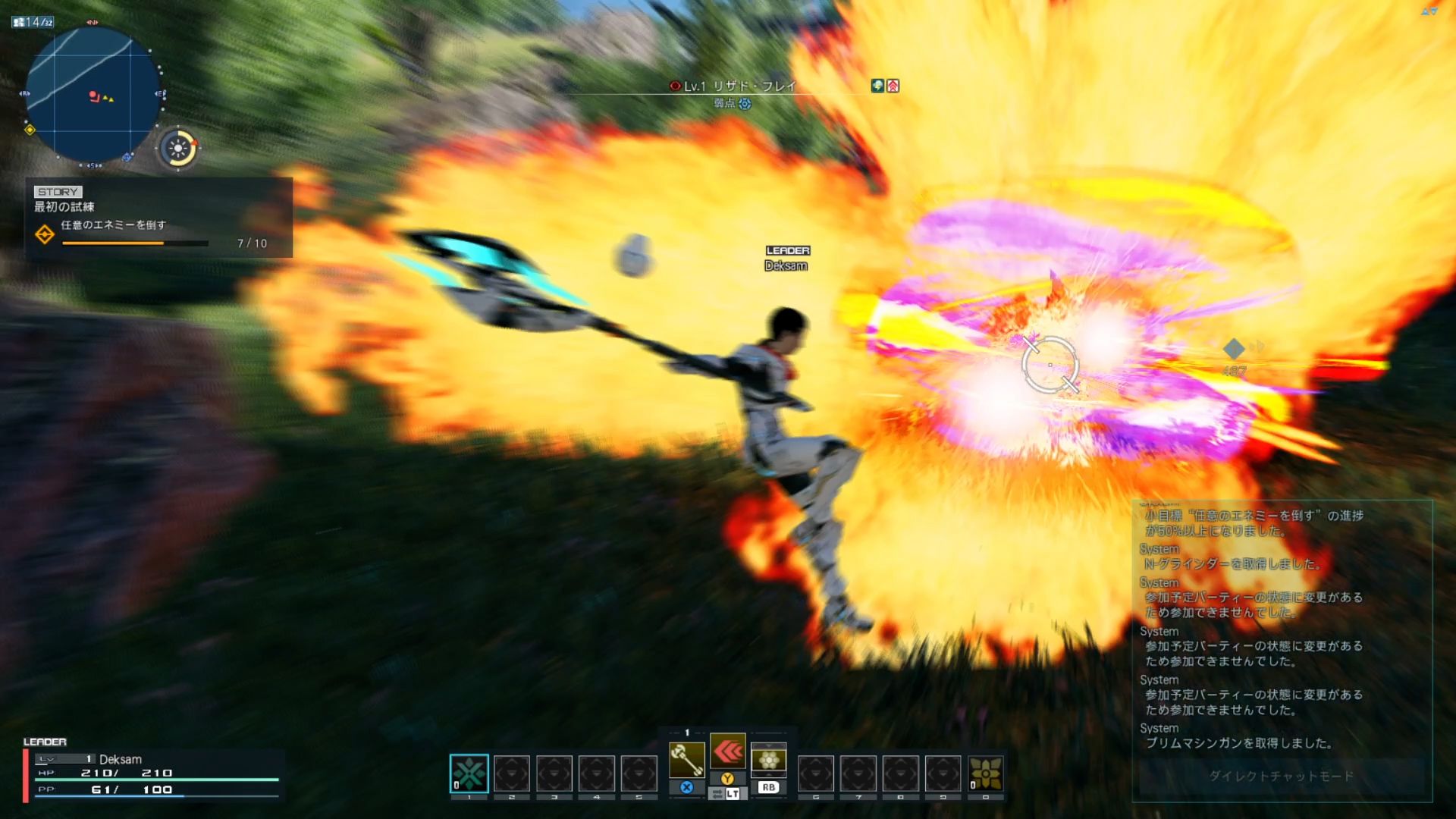 Finally, when the time came to test out my Rod and kill some enemies, I was happy to learn that the combat hasn’t changed drastically, but it has been upgraded visually, and some of my abilities that I’ve come to know and love, appear to have been tuned. Charging my techniques, as I would have in PSO2 worked the same way, but I noticed that my basic fire ability, Foie, when fully charged felt as if it had more impact, and its area of effect felt larger. The effects have also been greatly improved. Gibarta, for example, fired a more delicate cone of ice, instead of the jutting jagged icicles from PSO2. The difference in Gibarta will definitely change the way I’ll use it, and I’m excited to get more time with the other techniques to see how they also may have changed.

Running through the world, I found a number of enemies to test my mettle against. My main qualm with combat turned out to be the way the basic-attack targeting worked. It felt as though my attacks would miss enemies, unless I was locked onto them, or unless I was using a technique. While this could be due to something I may have incorrectly set in my options when I was fiddling around with flipping my Y-Axis controls, it did may some encounters more difficult than they needed to be. Alas my time with New Genesis was fleeting. I ended my play session not long after battling one of the DOLLS known as the Pedas Sword. The battle was sadly, short-lived as this particular enemy surprised me with a powerful ranged attack. 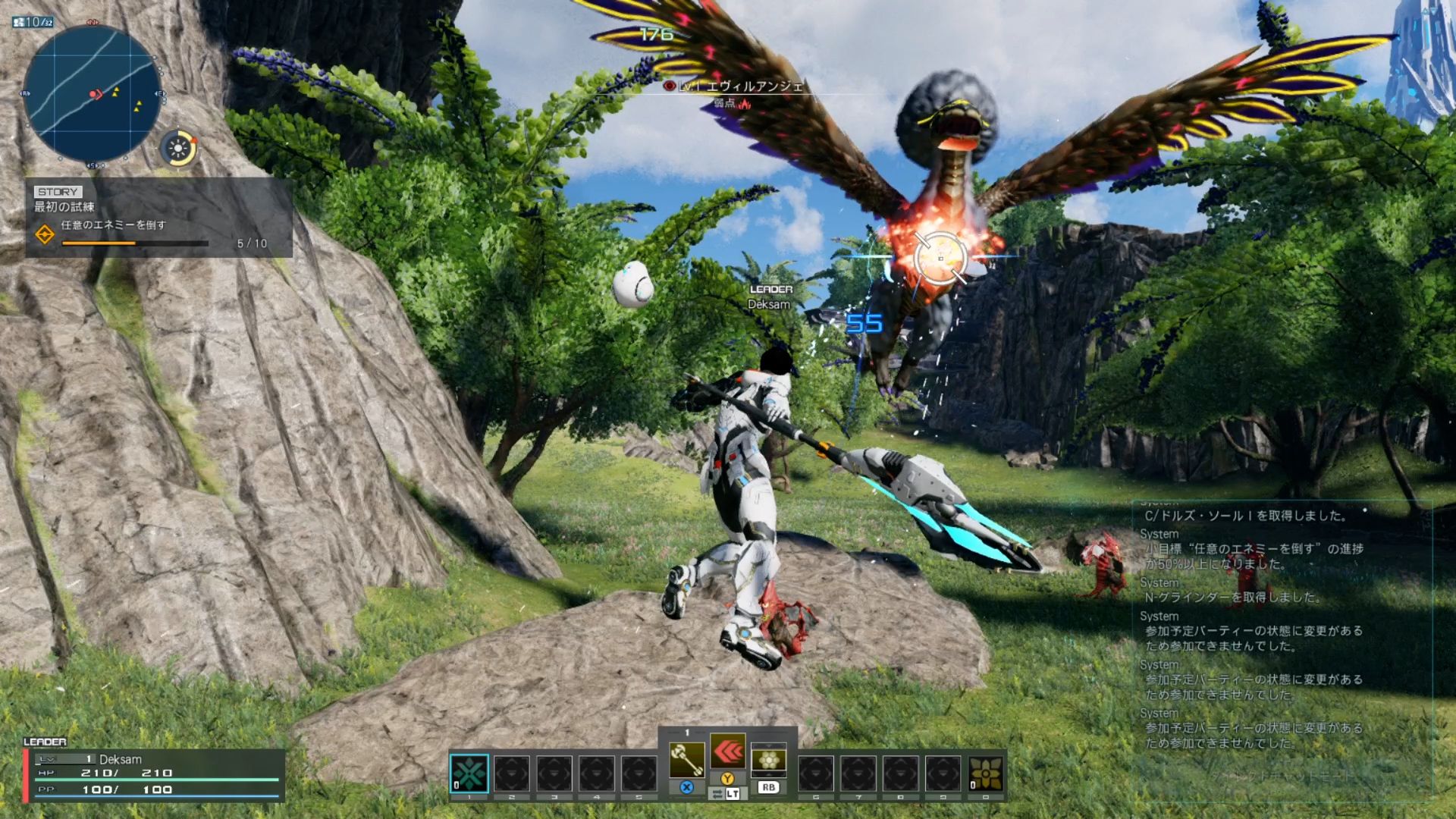