Phantasy Star Online 2 has been out in North America for nearly 4 months now, but the NA PC release still feels very new as SEGA and Microsoft continue to wrestle with Microsoft Store and download issues. While the servers are still quite busy, there are still plenty of players still looking forward to hopping into the game once the Windows Store is a little more stable. Whether you’re a brand new player poised to hop into the game once the issues are resolved, or you’re currently playing but haven’t quite found a class that works for you, here is a short list of classes that will get you started, and a couple that you should stay away from until you’re more comfortable with PSO2.

Phantasy Star Online 2 is unique in that you have quite a few classes to choose from, each with their own special sets of weapons, photon arts and techniques, all of which will shape your character and the way you play them. While some classes may seem strong at the beginning, a great starter class is one that will grow with you, and not let you down as you progress through the end game grind. Here is a list of a few classes that will not only keep you battling to max level, but are sure to keep you alive even through the toughest content. 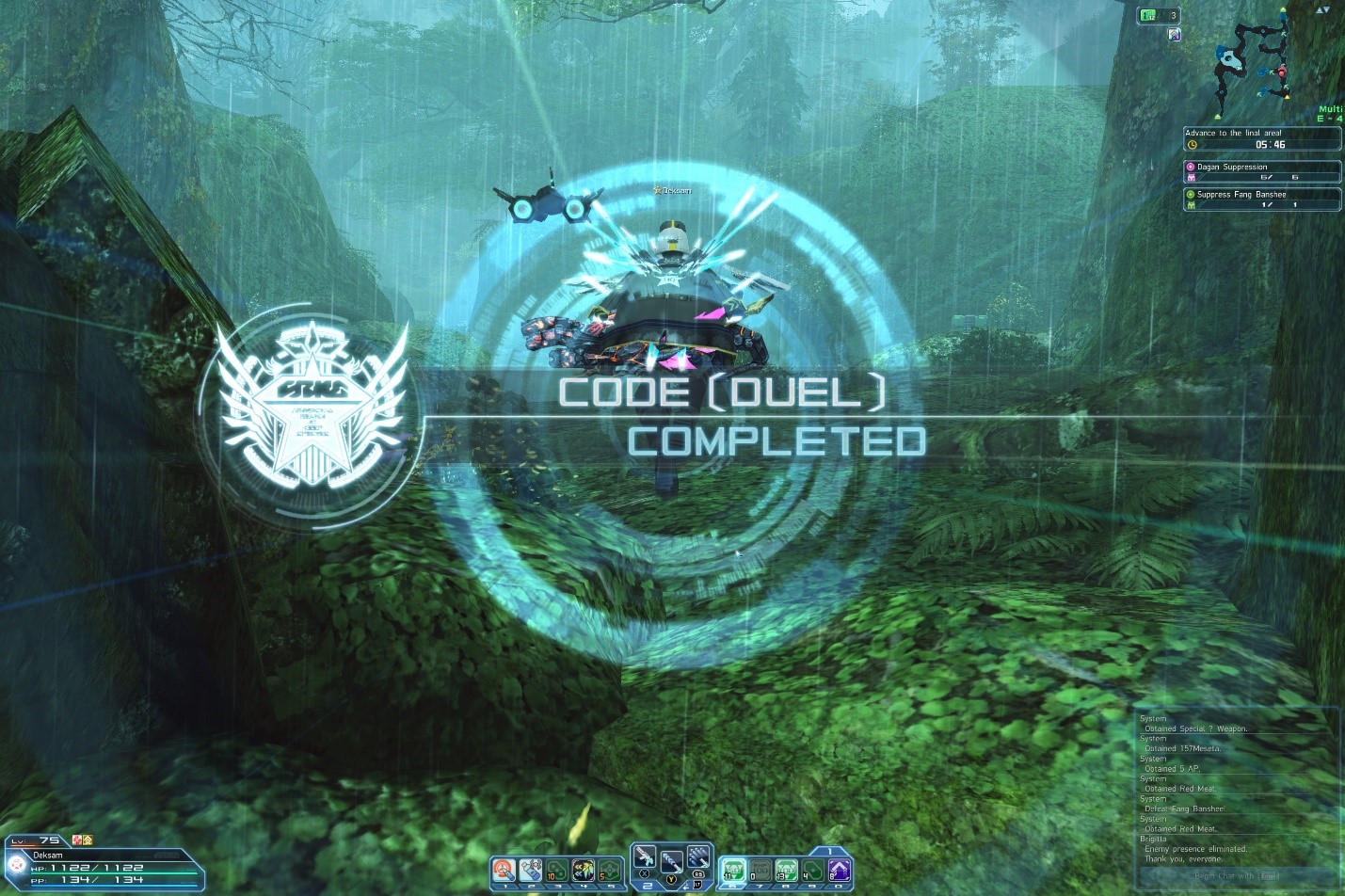 Hunters are pillars of strength. They are versatile in that they do very good damage, have an interesting variety of weapons, and can take hits better than any other class in the game. With a Hunter, even if you decided to go completely defensive, you still have the opportunity to put out high damage spikes guarding correctly. Hunters have strong weaponry, with the Wired Lance as one of the easiest weapons to learn, giving Hunters access to melee, range, and crazy AOE combos that are great for single target enemies as well as large groups.

Hunters are also one of the best Sub-classes, so even if you plan on leveling up a different class as your main class later, the Hunter class you leveled will not go to waste. With the skill-tree skill, Iron Will, you are sure to stay alive even if you would have taken critical damage, giving players up to a 75% chance to be left with 1 hit point and up to 5 seconds of invulnerability so you can heal. Hunters also have high base health and defensive stats, and their fury stance is a fantastic attack boost for both melee and ranged classes. 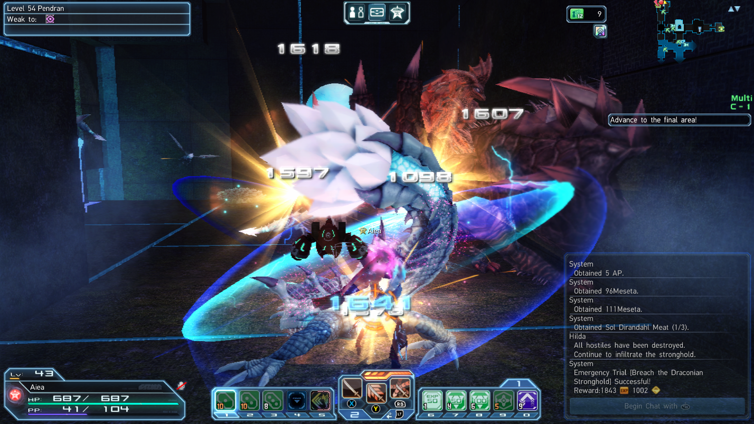 Not Good for Beginners: Techer

Techers are versatile and complex. As a Techer, you have access to a ton of different tech abilities, not just the Dark, Light and Wind trait lines. Techer’s are valued for their ability to buff their teammates, and some of their skills are sought after for certain high-level Urgent Quests. Techers make use of both Wands and Talis’s. Wands are primarily what most Techers run, as they are powerful when used properly with the Wand Lovers skill, and there are quite a few Subclasses Techers can choose to boost the power of their Wand. The issue with Wands, are that they are primarily used in melee range, and it takes a little while before the Wands get strong enough for most players to actually feel powerful with them.

Talis’s on the other hand are great ranged weapons, but new players may not understand the dynamic of how to use a Talis effectively, as you are essentially “throwing spells” which may be confusing. Due to Wands and Talis’s being required to build energy effectively, and the relatively low health pool of Tech classes, it would be easy for new players to feel underwhelmed by the class early on. Techer’s are fantastic classes that have a lot of power behind them, and they are certainly helpful in group settings too, but new players would go through some pretty steep growing pains as they try and learn the nuances of playing a Techer effectively. 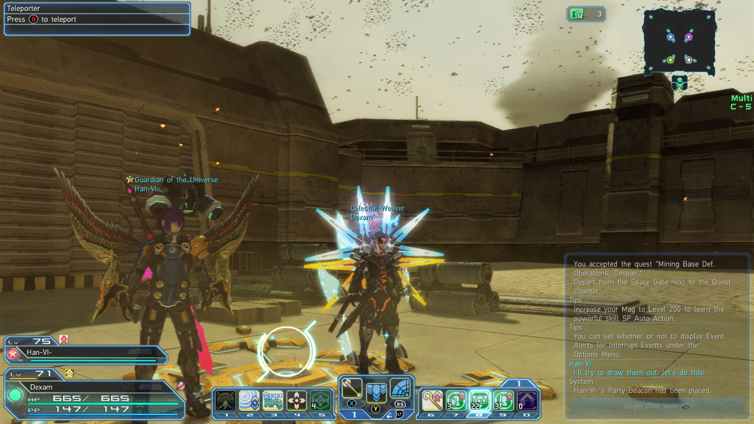 Force characters are powerful and adaptable. While Force characters are not on the opposite end of the spectrum when compared to Techers, they are a class that has the same versatility, without the high learning curve. From the get go, a Force user will mow down enemies whether they are in groups and by themselves. Force classes use a Rod and a Talis as their preferred weapons. Like the Wand, the Rod starts as a melee weapon, but with just a few skill points, you can obtain the Rod Shot in the skill tree, converting the Rod into a very easy to use ranged weapon.

Force characters also have the ability to charge up and save their techniques for use later. While both the Techer and Force classes have the mirage dodge ability, which is the best dodge ability in the game, only Force has the ability to dodge while charging a skill, and have that skill saved and ready for use later by selecting the Charge Escape skill in the skill tree. As players grow with their Force character, they will soon learn the nuances of exploiting the enemy’s weaknesses, and eventually grow several skill bars worth of abilities that they swap to as they rain down destruction on everything in their path. A Force player will be viable from the beginning and will still be strong even at the end game. 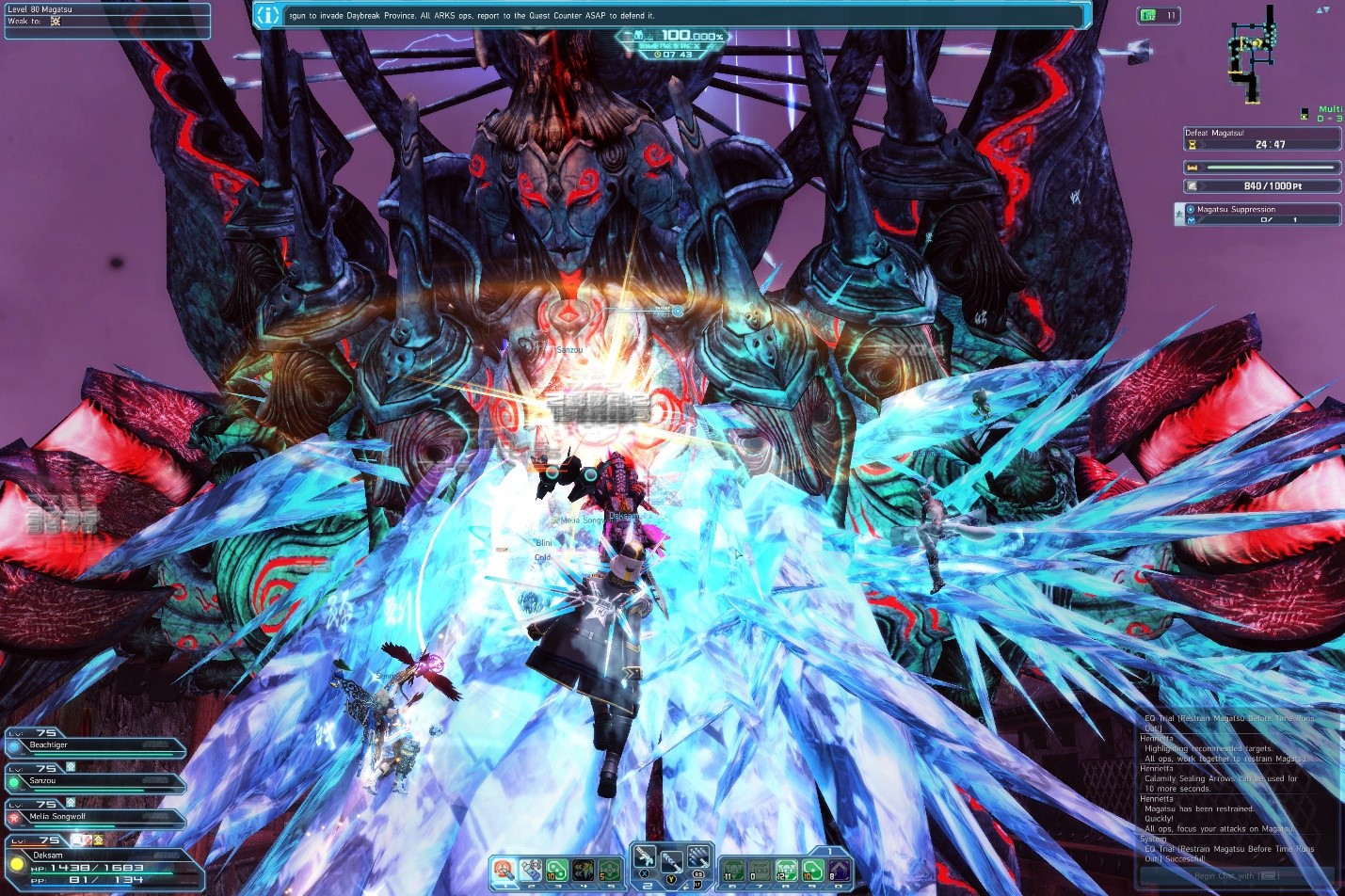 Not Good for Beginners: Gunner

Gunners are swift and dangerous. They are ranged characters, but they are at their strongest the closer they are to their enemies. While Gunners have the ability to use Rifles, most players that wish to play a Gunner, uses them for their Twin Pistols. Gunners utilize specialized photon arts that can chain together and do immense damage to all enemies within their range. To stay alive, proper timing, in coordination with the Gunners specialized dodge mechanics, will be required, or else you will spend a good amount of time eating dirt.

Gunners have access to auto-mate skills in their skill line, which essentially uses a healing potion when you are below a certain health threshold, but due to the nature of the Gunners quick and ferocious fighting style, it may not be worth the upkeep for new players who want to do good damage, without so much work. Gunners have the ability to stack a ton of attack buffs, making them one of the deadliest classes out there, but new players may see a Gunner as more risk that isn’t worth the reward, especially when they are facing bosses that they aren’t very familiar with yet. 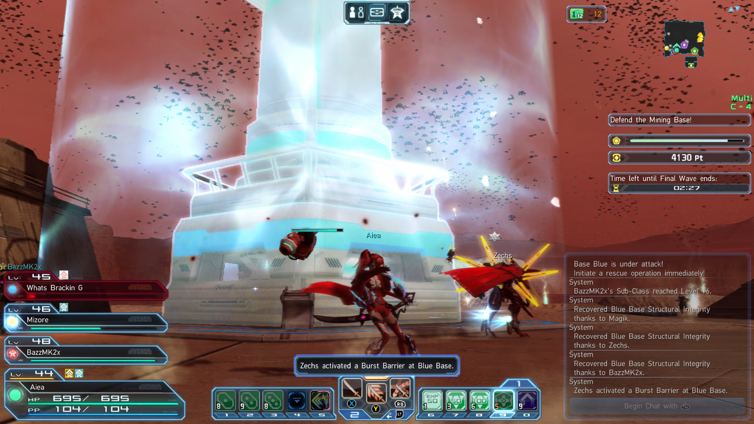 Bravers are well-rounded and intense. They have a fun and powerful melee weapon in the Katana, but are also exceptional ranged damage dealers with the Bow. Whether you want to fly around a level, slicing everything in your path, or you would rather stand back and utilize the rapid firing prowess of the Bravers’ Bow, a Braver can handle anything. While the Braver may not be as hardy as a Hunter, and while they might not have as much ranged versatility as a Ranger, the Braver excels because it can do great ranged damage, high melee damage, dodge quickly, and take a few hits too.

Another great aspect of the Braver is that it works as a great main class, but it doubles as a fantastic sub-class too! A Bravers Average Stance skill boosts the attack power on melee, ranged and technique attacks, so no matter if you want to change your main class later, or boost what the Braver can do with a sub class of just about any type, the Braver will complement it pretty well. As a Braver, whether you’re just starting out or you’re taking on end game content, you will always be prepared for whatever is thrown at you.