It’s been two weeks since my last update on my journey with Persona 5 Royal, and although I am almost through the base game (before most of the DLC content), I only recently finished all of the ‘tutorial” style content. One reason for this is although due to world events, some people might have found themselves with more time to play video games in the last few weeks, this has not been the case for me. However, the more relevant reason for only now being done with the tutorial is P5R has quite an extended tutorial; at least how I usually think of tutorials.

To my way of thinking, a tutorial is completed when the player has full control of the game, and you aren’t still being taught about how things work in-game. Persona 5 Royal is deft at laying a good foundation and then gradually layering complexity on top in a way that avoids overload and only adds more intrigue into the game. I had assumed I’d never have full control of Morgana in combat because I made it so far into P5R without it. There have been a few points where I thought I was done with learning how everything works, only to be taught something new a few minutes later. 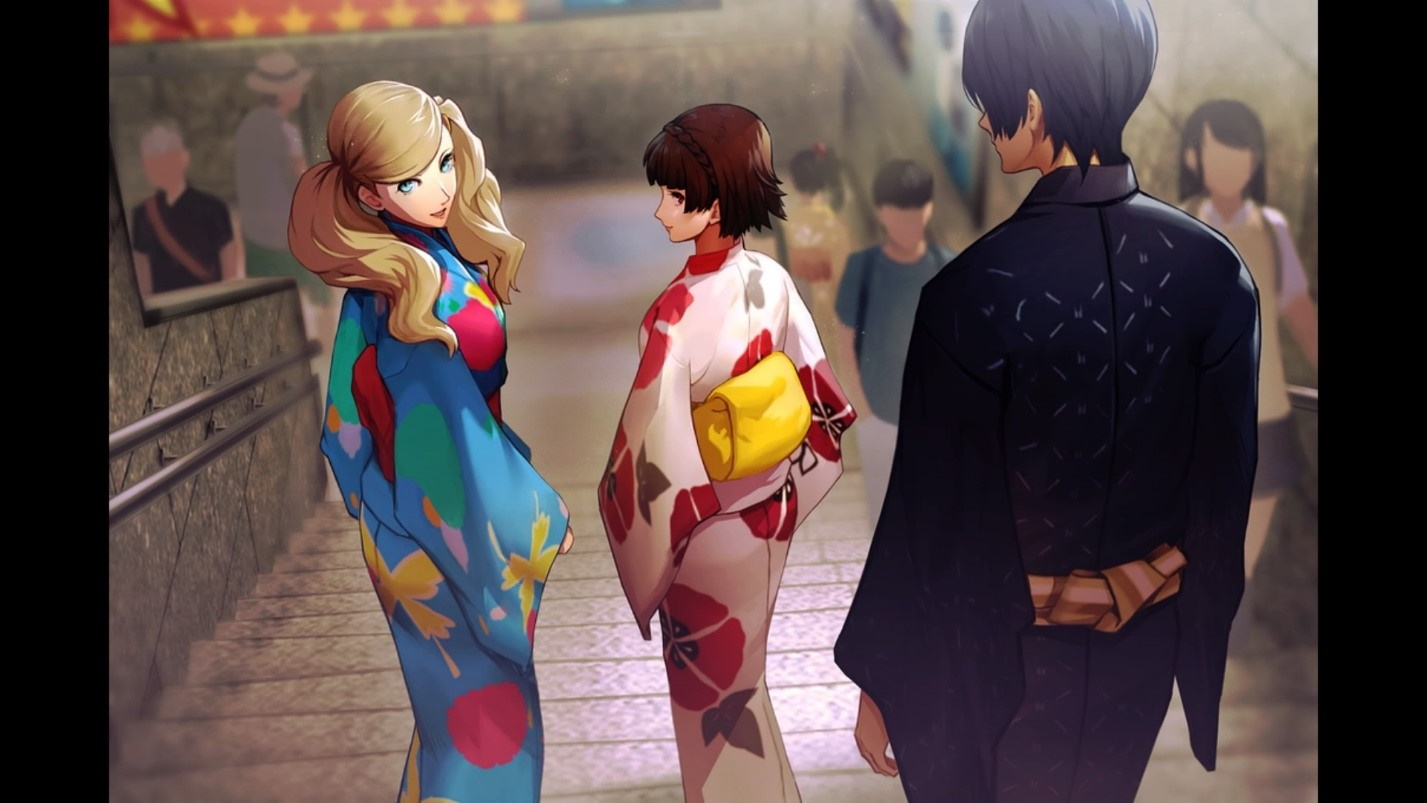 However, at 65 hours into Persona 5 Royal, I have full control of Morgana in combat, free rein to roam as I want (within the context of what’s allowed depending on the time of day and other factors), and I believe I have my full party of teammates. So, I’m comfortable calling the tutorial over. Usually, I’d be annoyed by how drawn out learning everything is, but I feel like it’s needed, especially for the first playthrough. I’ll also have to check once I have completed P5R, but I believe a significant amount of the tutorial stuff can be skipped or just won’t be there on subsequent playthroughs or harder difficulties.

I’ve also been enjoying the pacing of everything. I tend to fully explore a palace as soon as I am allowed to in-game, so I often end up with a week or two of free time before I must finish the palace. At first, I thought this was likely a suboptimal way to play, but as I have moved further in-game, I think this is better. Palaces are entered during the Daytime phase, and when you come back, it is always evening, regardless of how much (real world) time I spent there. If I were to break-up my explorations into multiple ventures, I’d lose more day phases to work on my stats or relationships. 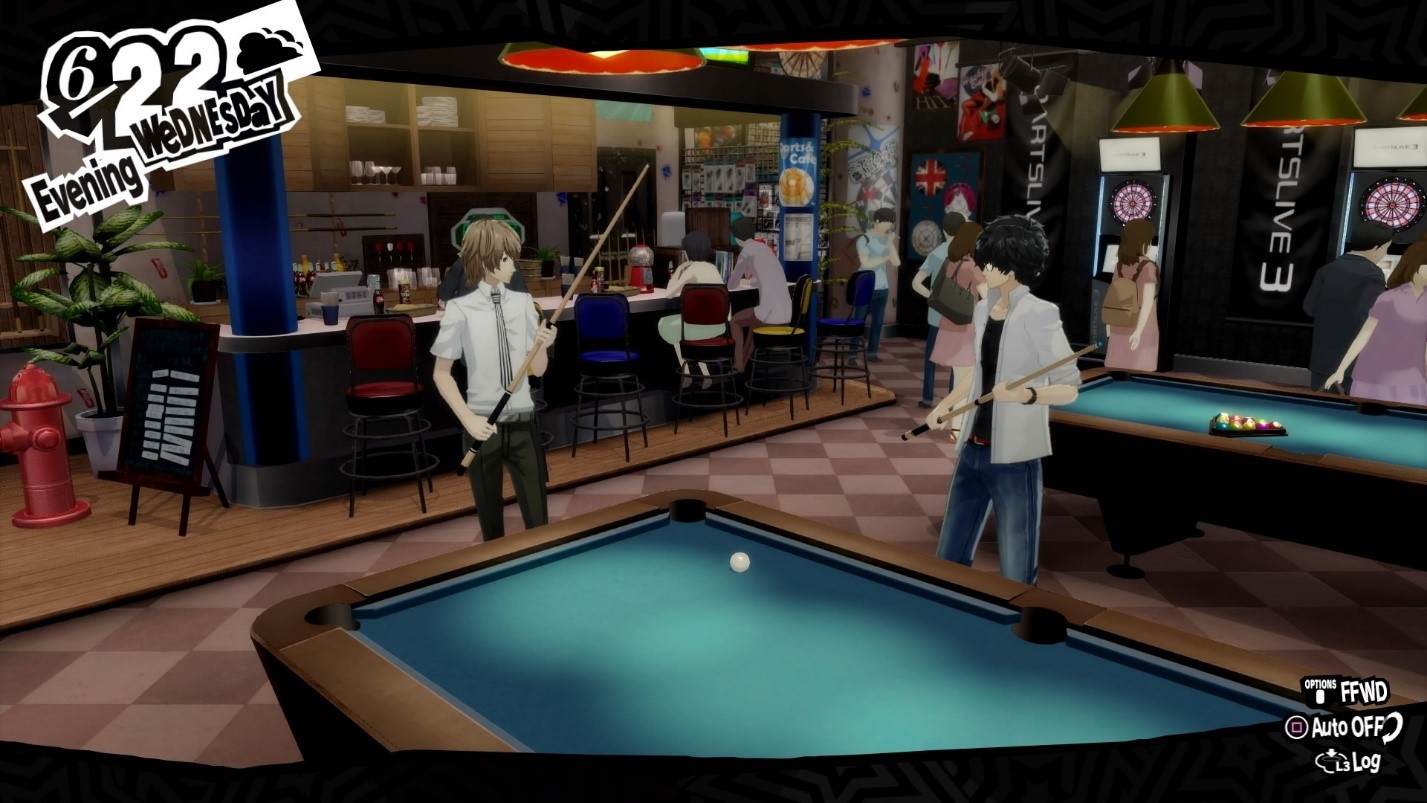 I’m finding there is enough time to do what I want to do the most, but not enough time to do everything I want to do. Leveling up the confidants is honestly the most natural part of the game. They are all reasonably easy to figure out, so knowing what to say to them has been easy for me. What I have struggled a bit with is leveling up the social skills: charm, kindness, proficiency, guts, and knowledge. Initially, I had the hardest time leveling up guts, but as I got further in the game and opened more options up this skill became one of the more accessible skills to gain points in. By far, the easiest to level, though, is proficiency. I always try to keep at least eight lockpicks available and making all of those gave me tons of proficiency points.

On the other hand, as I moved further into Persona 5 Royal, I found kindness to be the skill I started to fall behind on. It’s especially interesting because kindness is what I initially found the easiest to level up. I fell so far behind on this skill, I decided to go ahead and take a part-time job because working that job would earn me more kindness. This is funny because I was told early in P5R to get a job to make more money, but I didn’t feel held back by how much money I had, so I didn’t bother. I couldn’t buy everything I wanted, but I could buy enough. Not having a job early on is also probably why I felt I had plenty of time for confidants and skills. 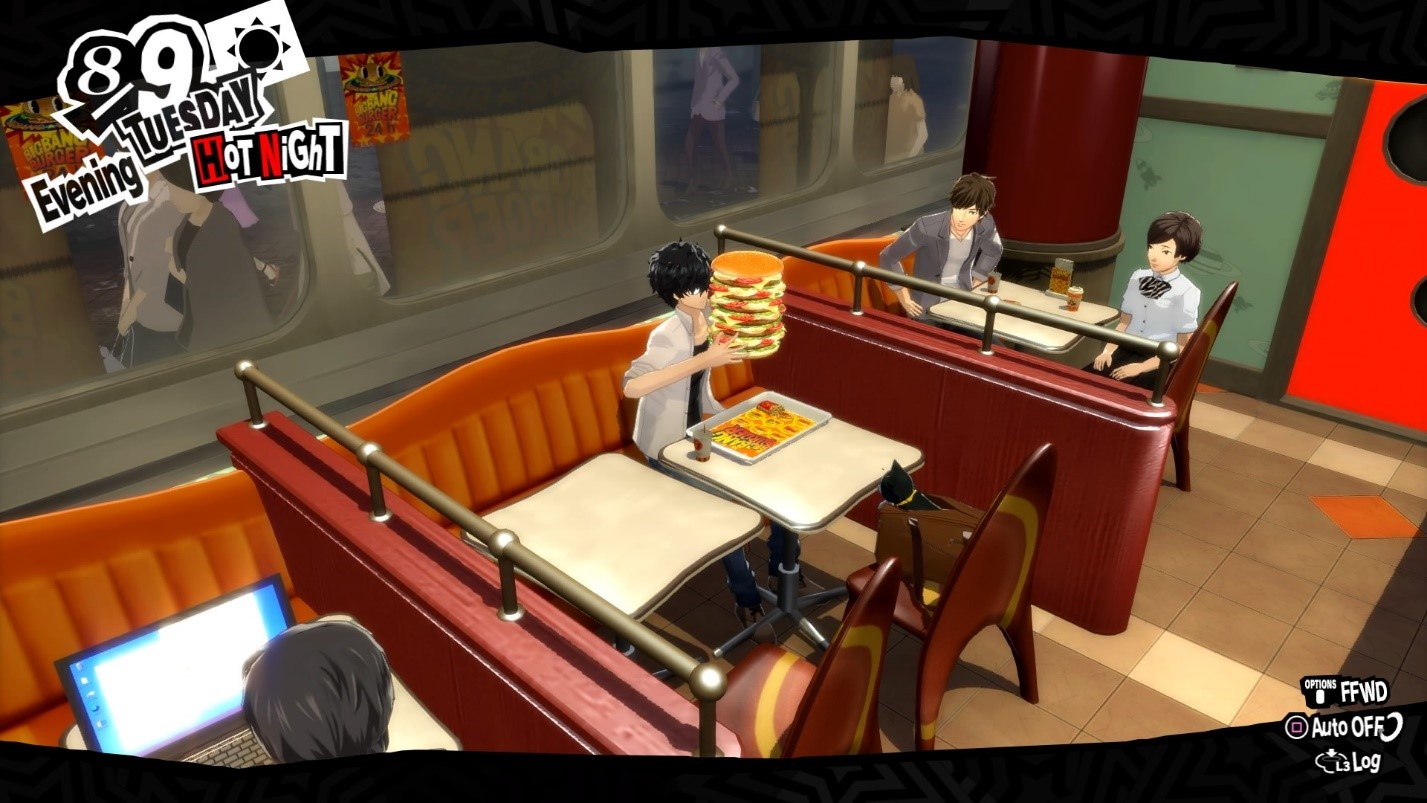 Overall, I like the set-up of working on attributes by doing things that require the use of those attributes, or in some way, enhance them. It frustrates me the point system is so vague, though. What is clear is that there are five tier levels for each stat. However, it’s impossible to tell how close I am to hitting the next tier because the lines only fill in when I reach a new level. As someone who likes to maximize my time in RPGs, not having access to this information is frustrating. Especially since everything else in-game is very well communicated. Even when confidant relationships will level up or won’t is clearly laid out.

Occasionally as I moved through the story, the other members of my team would get an idea to team up for a special attack called showtime. These attacks are over the top both in damage dealt and in the cutscene of the attack itself. So far, I have three of these attacks unlocked, and all of them are just wonderful and a perfect reflection of the personality of both characters. At first, I thought a showtime could only happen when both party members were picked as active members of my frontline party. However, as long as one of the pair is in my party, the showtime will activate, which alleviates some of the stress I felt about having to pick specific characters. These attacks are also optional, but you would be hamstringing yourself not to use them. On the upside for anyone who doesn’t like the showtime cutscenes, you can skip them. 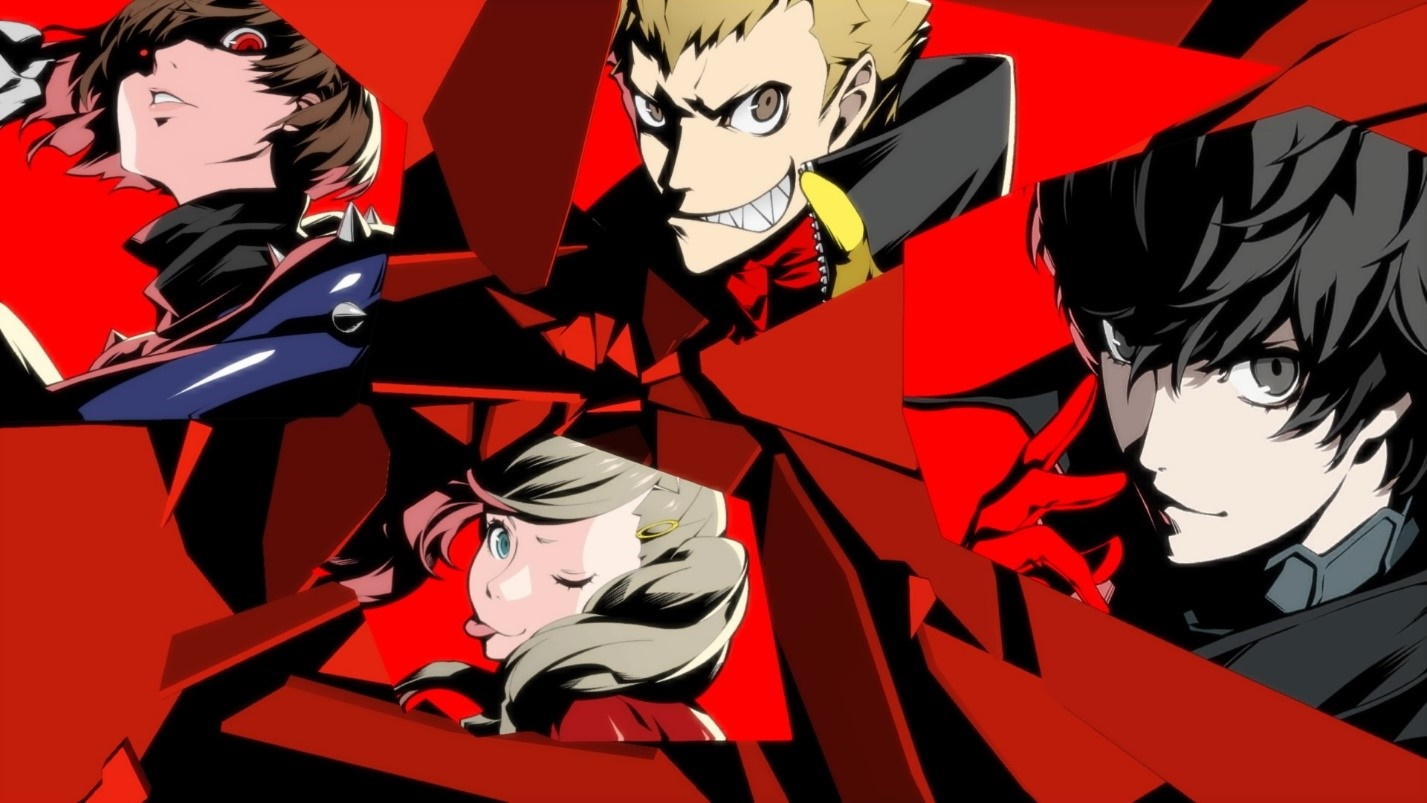 I want to talk about the story, I mean things have suddenly gotten super serious in the P5R storyline. However, I don’t want to delve into it until I know how all of this plays out in-game. I’m sort of amused that the main storyline has gotten super serious; meanwhile, they are all about to take a trip to Hawaii, which is the antithesis of serious. However, this fits with the theme. There’s a lot of duality in Persona 5 Royal, especially when it comes to people and their shadow selves, or in the case of the main cast the ability to accept their shadows as part of who they are. Nonetheless, I can’t wait to see where everything goes from here.