It’s now been a few weeks since the PSN Demo for Final Fantasy VII Remake went live for players to download and experience on their own. While I vented a lot about my frustrations with the build of FF7R that was available to play at PAX East, I downloaded the PSN demo, completely unaware that this demo was considerably more complete than what was shown to fans at PAX East.

It’s almost unfathomable that the version on the show floor wasn’t the same demo that was released to the people at home, but here was Square Enix showing what I’m guessing was the E3 demo from 2019 with the game being less than a month from release.

The demo on PSN isn’t just more fleshed out, it’s a considerably more complete demo - as it’s essentially the first chapter of Final Fantasy VII almost in its entirety, complete from the cutscene of Aerith walking through downtown Midgard, all the way to the iconic scene where the camera pulls back from the close up of her face to showcase the Midgard skyline and display the game logo before the train rolls in with Cloud hitching a ride on the top.

Instead, the demo at PAX East starts where Cloud and Barret climb down the ladders and go straight into combat with the Guard Scorpion. What happened next was 20 or so minutes of drawn out bullet sponge fighting and several transition scenes where the scorpion jumped onto the wall only to inevitably shoot the ceiling down and create debris piles for Cloud and Barret to hide behind to avoid the tail laser. 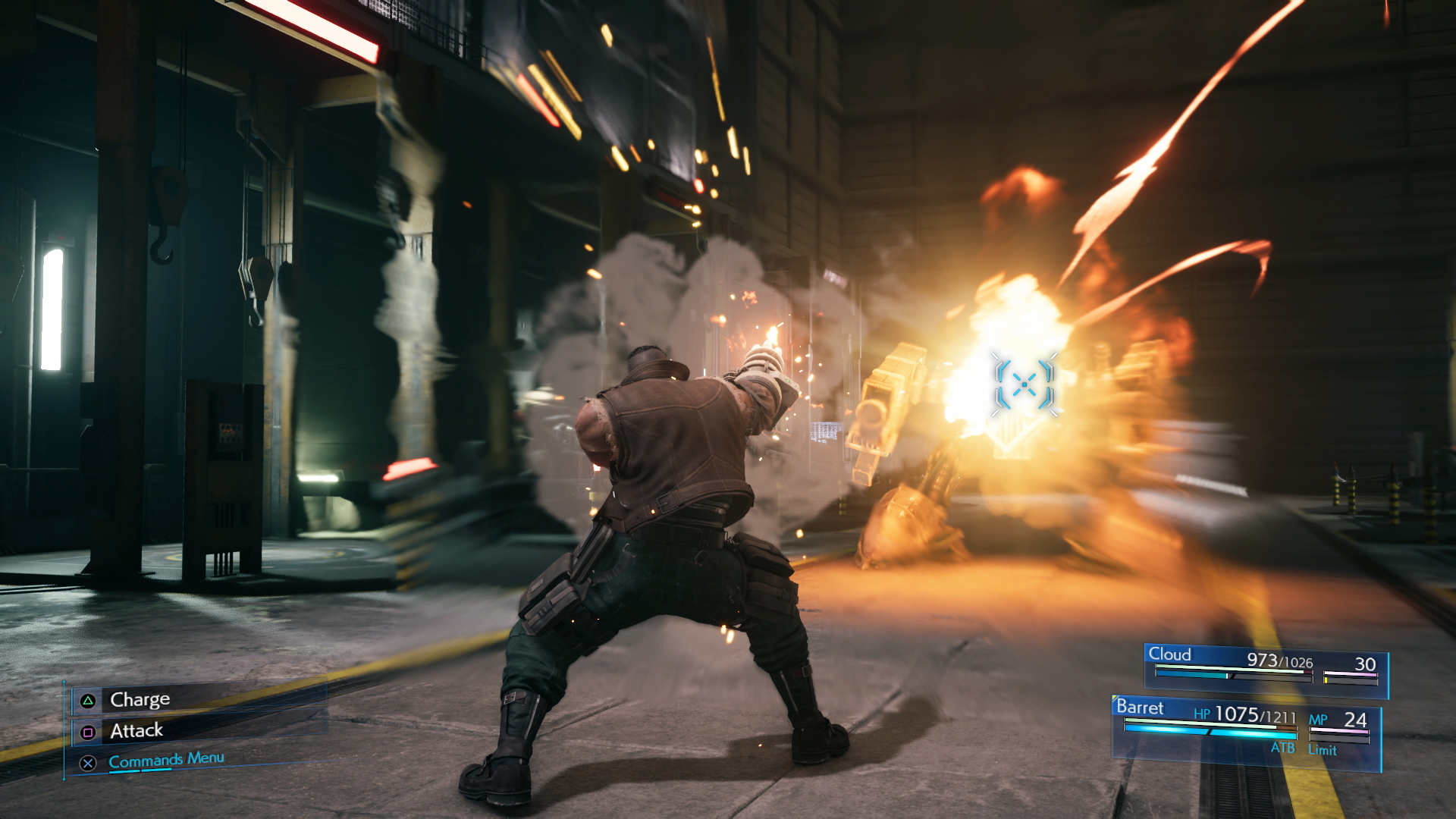 The demo on PSN gives you the entirety of the Mako reactor mission that kicks off Final Fantasy VII. Everything from Barret yelling at Cloud over every little thing the moment they depart from the train, to Jessie being featured as a character that actually matters, and even a little bit of comic relief from Wedge and Biggs as you go through the puzzle rooms where you hold off bad guys while Jessie opens the doors. Combat was considerably better on the PSN demo as well, because the build at PAX East was more like playing Kingdom Hearts where you would just spam one button and press X to open the menu and use skills/spells when necessary.

Meanwhile the new demo allowed for different attacks by holding down square or pressing triangle for stronger attacks. This is the type of combat I was expecting from a remake, and my anticipation of the game after playing the demo shown off at PAX East went from a resounding meh to a cautious but excited anticipation as we wait just a few more weeks. While the combat isn’t quite as good as I thought Final Fantasy XV’s combat was, I’m more than anxious to spend more time with it to see how it goes in harder fights. 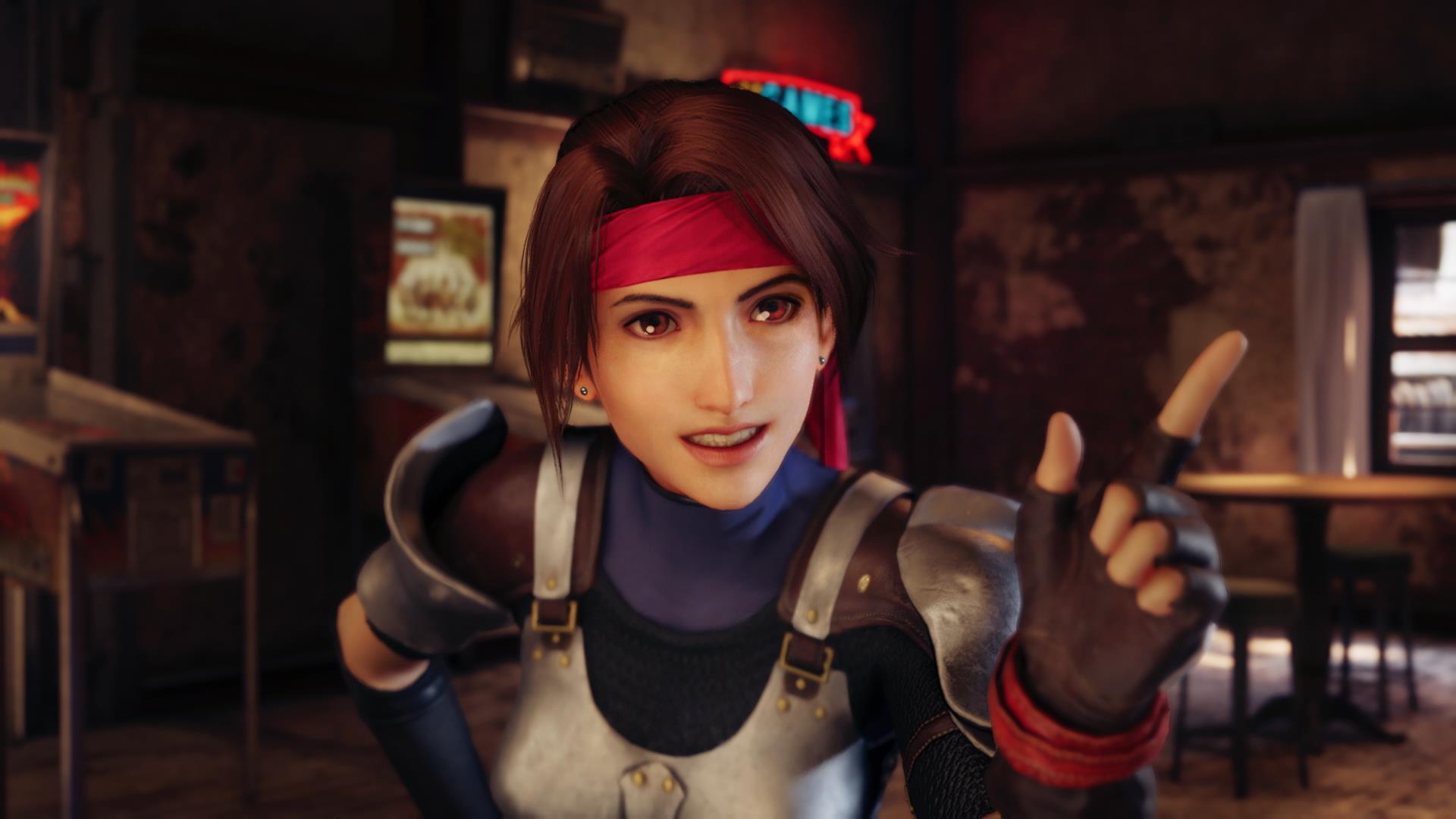 This brings me back to my original question: Why the hell if this demo was about to release on PSN was this not the version shown at PAX or at least an alternate scene? This demo was like bringing a pre-alpha build and letting people play it and then letting them go home and play a fully completed game. Everyone who waited in line to play FF7R was not only gipped but had their time successfully wasted.

I don’t know if the Coronavirus was to blame for this mishap or if it was simply a lack of resources/poor planning on Square Enix’s part, but it’s a damn shame that PAX attendees didn’t get to play the superior version for the time spent waiting - especially when you consider that even at four days, there’s not enough time in the day to see everything you want when lines are an hour or two for every single big game. But hey, there was a life size version of Cloud’s motorcycle that you could take a picture with, so that’s good compensation right? I’m really disappointed, but hey, at least they didn’t back out like Sony did.

After playing through the superior Final Fantasy VII demo at home, I’m still not convinced that new players are going to suddenly see what the fuss is about. Combat is greatly improved, and the game is gorgeous (though the verdict is still out on the changes to the music) but the story wasn’t ever exactly Final Fantasy VII’s strongest selling point (it’s basically a crappy episode of Captain Planet, except Cloud isn’t summoned from rings.) I’m still extremely unhappy that Square Enix is selling FF7R without a caveat such as “Chapter One” or something similar, because this game is being marketed as “Final Fantasy VII Remake”, there will undoubtedly be people who are light or casual gamers who remember Final Fantasy VII from their childhood and go “oh cool, they remade FF7” and they will impulse buy it, only to find out that this particular chapter ends right about the time the game start to open up.