Over the past two weeks, Outriders has become a hot topic for several reasons. Whether you’re talking about the highly esteemed loot system, the inventory wipe bug, or powerful new builds for your class, it seems there is a lot to unpack with Outriders. Recently, players have been complaining about getting kicked from groups due to their class or build in endgame. According to some, this has created a toxic community. There is truth to that, but to be fair, it’s not the community’s fault.

If you aren’t familiar with Outriders, or haven’t reached endgame yet, I’ll give a quick overview of what you can expect once you finally beat the story, and head to the Outriders Camp to run Expeditions. Expeditions are made up of 14 standalone missions that are set to the tune of acquiring a Drop Pod full of loot. There is no real story to each mission, and rewards are determined by the tier (difficulty) of the mission, and completion time. The faster you complete a mission, the higher you will rank. You can rank as high as Gold, with Silver and Bronze still providing some milder rewards, but you can also completely rank out of bronze, and barely receive anything for your time spent. 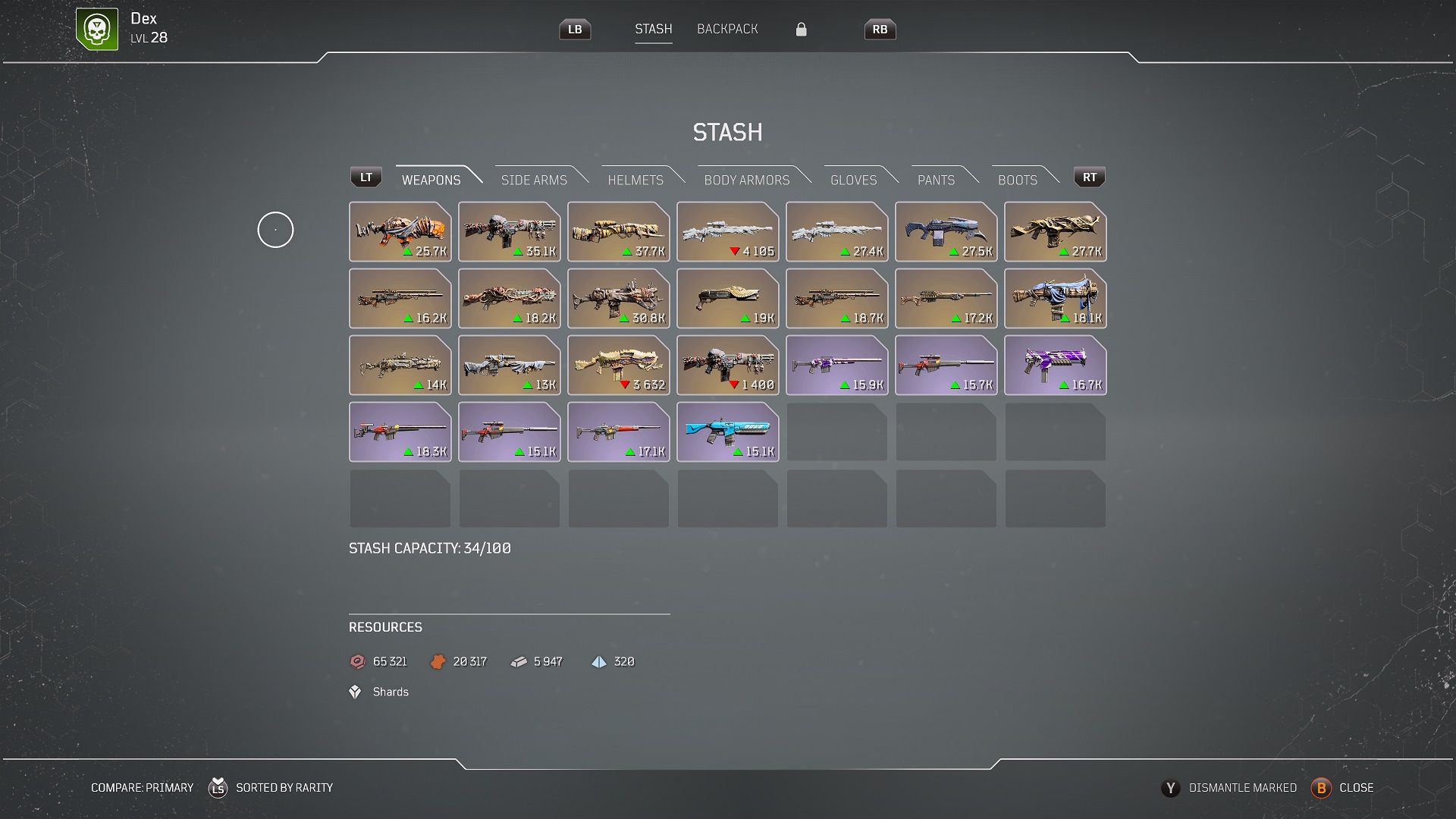 Rewards are gear and resource based. Ranking higher provides a greater chance to receive legendary and epic items. Players will also earn Drop Pod resources that can be used to upgrade your existing gear, but they can also be used as a currency to buy some legendary pieces from Tiago, who is a vendor at your camp. If you’ve completed the story and reached level 30, you will start around Expedition Tier 5, and earning any rank will allow you to challenge Expedition Tier 6. Later on, you’ll be forced to place in at least silver to increase in rank. Expeditions are largely a group-based endeavor. Despite the enemies getting more difficult with more players in your group, a combined effort will usually lead to success of some sort. You can solo Expeditions, but to do so requires excellent gear, and in some cases, very specific builds to complete it.

Now that I’ve provided a little bit of an understanding of what is required to prosper in Outriders’ endgame, perhaps you may have caught a few of the integral caveats in my explanation. When endgame is heavily focused on multiplayer, but rewards are primarily time-based, you can start to see a community skew into toxic territory very quickly. It’s more than just a meme-worthy statement of “Git Gud”. Outriders is a difficult game to begin with, it only stands to reason that endgame should be no different. Unfortunately, this puts pressure on players who look to advance to run specific meta builds for a particular class, or in some cases, they may need to roll as a specific class to find a group at all. 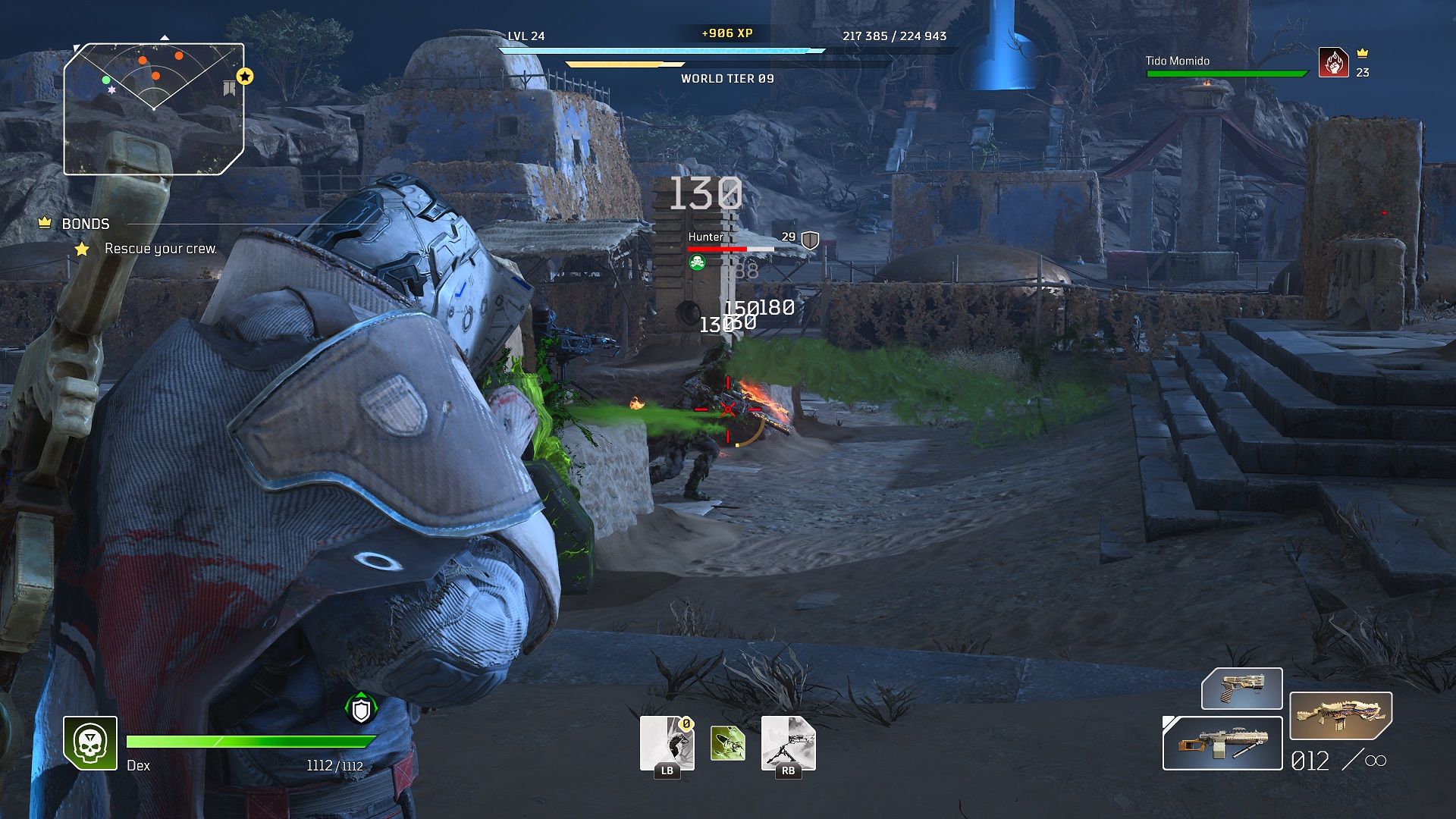 This entire issue came into focus for me earlier this week. I game with some close friends, and due to yet another bug in Outriders, we found halfway through an Expedition, that a player was joining us that wasn’t on our friends list (both of our games are set to friends only - this is another common bug). Instead of kicking the player, we let him finish out the mission. We were on the last boss, and finished on gold with a minute or two to spare. At the end of the mission, a report displays, showing the stats of each player during the mission. I realized quickly that the player who joined us was not a damage dealer, but it seems he went full support.

Playing as support in Outriders for endgame is not recommended. You essentially place more burden on your team, making the enemies harder, without providing the extra DPS to kill them. Still, knowing full well that Outriders has been accused of having a toxic community, I convinced my other teammate to keep him in the group. The next mission was a complete disaster. It was a mission I knew well, but our random player could barely stay alive for more than a couple minutes at a time. We all died, and restarted twice before it finally hit me. I have to kick this guy. It was something I didn’t anticipate. I didn’t want to kick anybody, even if they weren’t supposed to be in my group in the first place.

The sad fact was, though, that he wasn’t pulling his weight. It wasn’t even about placing gold, it was the fact that, with him, we weren’t going to rank at all. The necessity to get rid of dead weight wasn’t something I was doing of my own volition. It was something the game was forcing me to do if I wanted to progress and earn rewards. I was part of the toxic community. Now, we hear stories of players getting kicked just for playing a class, like the Devastator. As a gamer with a Devastator main, I find this compelling, as I’ve been able to solo most of the Expeditions, but the stigma of my class not being able to pump out the same damage as the others seems to be widely accepted. As much as I want to rail against those that kick a player without even assessing their worth, I can’t. I get it.

The community is just hedging their bets. They want the best chance to complete endgame, and almost every meta build you see pitched hinges on the use of bullet skills, like Volcanic Rounds, Twisted Rounds and Blighted Rounds. Others rely on legendary tier 3 mods, or very specific builds, which mostly require that you're already proficient in running Expeditions, and likely don't need the help. The Devastator, by the way, doesn’t have access to bullet skills. Despite People Can Fly (PCF) attempting to nerf these skills, the prevalence of these loadouts persists. In some cases, most notably the Trickster class, gamers would be hard pressed to make any other non-bullet-skill build work reliably at the same level – and believe me, with over 100 hours played, I’ve had plenty of time to experiment. PCF might find it difficult to make changes to address this, as the only way to truly fix this, would be to remove the time constraints altogether. 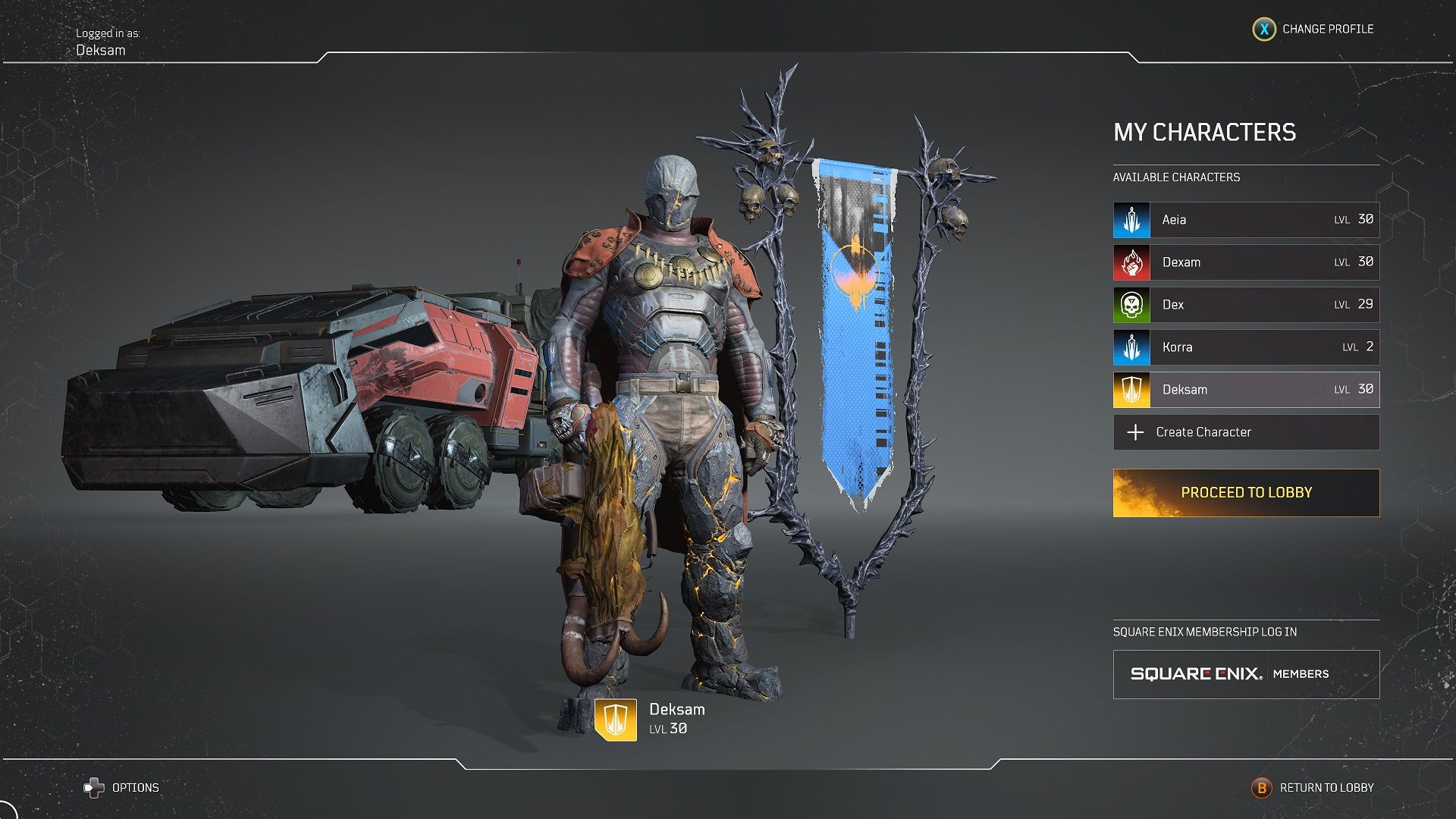 That might be the most interesting takeaway from my time with Outriders so far. Right now, in a time where players are afraid to login and play because they may lose their hard-earned gear, and crashes and bugs have lessened but still occur regularly; Outriders is saddled with a massive issue that can’t be fixed by stabilizing their servers or pushing out a hotfix. The endgame design was a choice – not a mistake. The response by the community, to turn on each other in order to profit, doesn’t lie at the feet of the players. We all are just trying to make sure we end our play sessions with something to show for our time invested. If that means the community has to make snap judgements and kick players because they aren’t “good enough” then, as horrible as that sounds, you have to do it. Just know, if you’re the one kicked, it isn’t the players in your team, or a toxic community that kicked you. It’s Outriders.